Malacca‘s famous Jonker Street, or also known as Jonker Walk, is one of the main attractions here in the historical state of Malaysia.

When I was there at Malacca recently, Jonker Street was one of the places we visited. We basically fed ourselves with their local delicacies and just walked around. 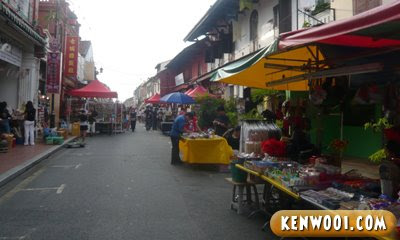 In this entry, I’ll be featuring some of the food I ate there. 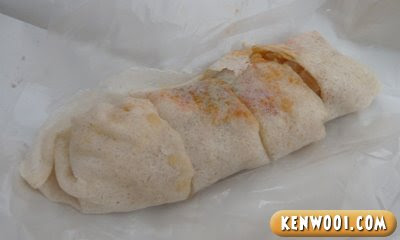 The content is some vegetable, meat and some other stuffs mixed together – wrapped with a thin layer of something. Argh, I don’t know what’s it called. Anyone knows? 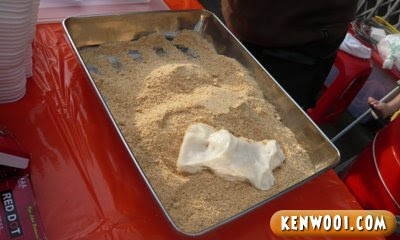 It’s some gummy paste stirred together with sesame peanut mixture. Then it’ll be cut into small pieces, like this… 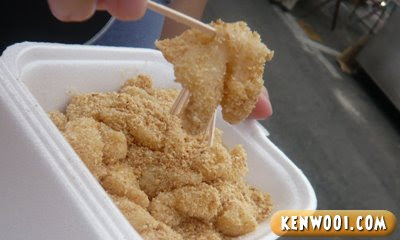 Someone described it as “nose shit” when I wasn’t sure what Mua Chi is. Great, nose shit covered with peanut. Nice…

Here’s the cendol store that serves Durian Cendol, probabaly the best along the street. 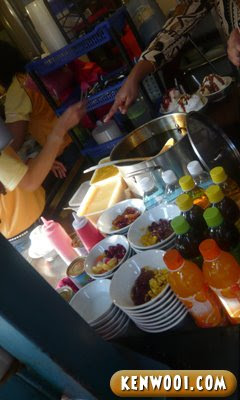 And we actually ordered one blow for ourselves. Some even ate 2 bowls of Durian Chendol!

It’s mainly made of ice, durian flavour syrup and mixed with assortments of… I don’t know what are they called. I’m bad at describing food in detailed, for your information. Just take a look at the next picture and you’ll know what I’m trying to say… 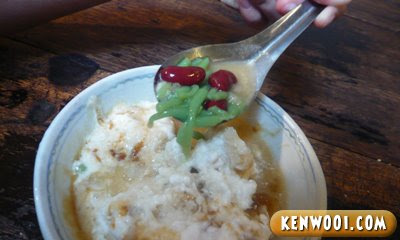 Looking delicious huh? Get yourself some cendol when the weather is warm. 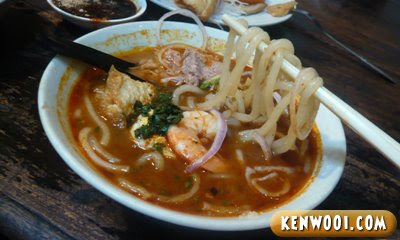 Just a little spicy. I don’t really fancy spicy food but this is definitely not to be missed! 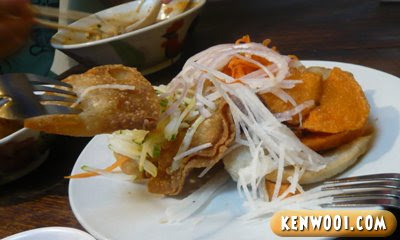 I don’t know what they are called in English. Usually I call it “LIU”. Yeah, “CHAO LIU” – means FRIED “LIU”. There is a variety of “LIU”s you can choose from, fish cake, fish ball, wan ton, meat ball and so on. Oily and crunchy – me likey! 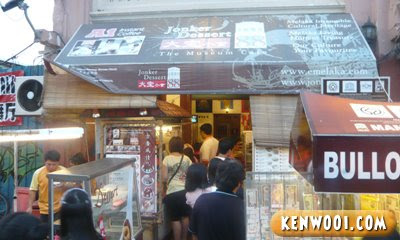 When you’re there at Jonker Street, remember to look out for this shop! There are antiques displayed in it too.

So that’s all. And the outcome – better looking tummy!

By the way, here’s the night view of the Malacca River when we’re crossing the bridge on our way back. 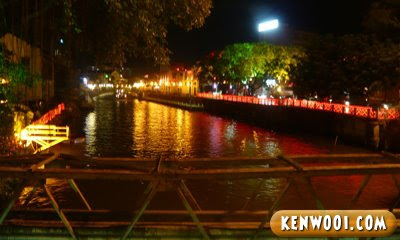