My little brother is an avid gamer of the online game, Maple Story. Well, I used to play it too but after some time, I stopped because I got bored of it, eventually.

This is actually a re-post. I wrote about the Maple Story Addiction last year but I think it’s fun to share it with everyone again. After all, who doesn’t like games, in general, right? =)

Anyway, it wasn’t easy getting the screen shots especially when other dumb characters disturb by asking questions like “What you doing?” and “Wanna train with me?”. So bothersome.

1) You stay in front of the computer all day long playing the game. 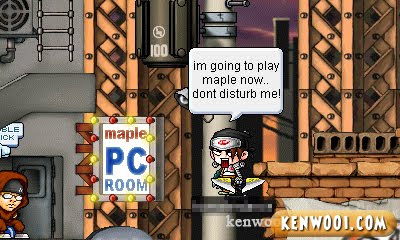 You kept pestering the current user of the computer (if applicable) to let you use the computer, aka Maple Story.

2) You don’t say businessman or engineer when asked about your job – you say warrior, magician, bowman etc instead. 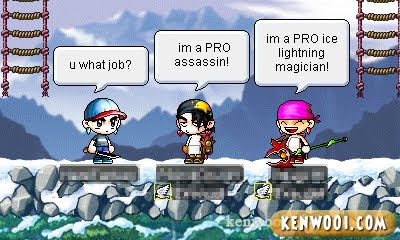 3) You talk about experiences percentage. 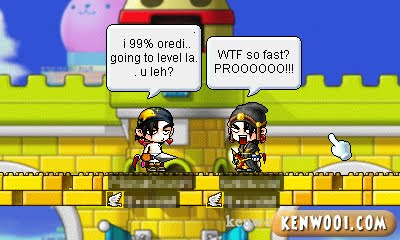 The higher level you are, the more “PRO”s you get from the noobs.

4) The only monetary value you talk about is mesos. 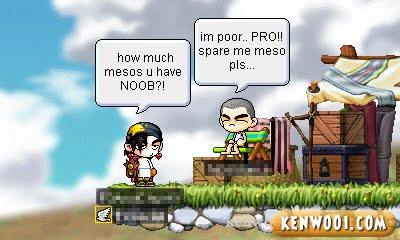 The usage of “PRO” applies here too. The more mesos you have, the PRO-er you get. 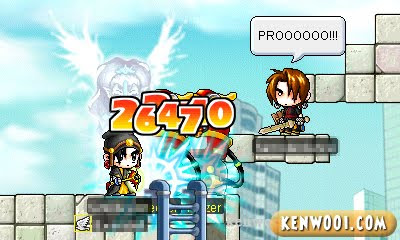 6) You get angry and curse when someone defames you. 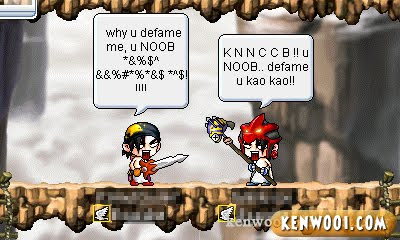 In Maple, you get defamed when someone decreases your fame by 1 and you’re so affected by it.

7) You virtually murder your ex-partner after he/she divorces you. 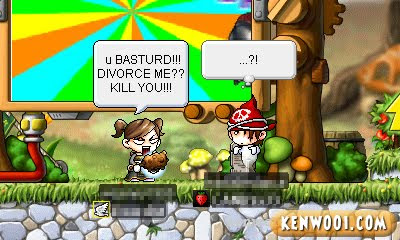 True story. One advice, get a non-pixelated real human partner. You’ll get more “satisfaction” from that, if you get what I mean. ;)

Pardon the vulgarity displayed. It’s true though – kids nowadays are very “expressive” in the online game.

And that wraps up my Maple Story Addiction entry. In-game names and guilds have been censored to avoid any unwanted attention, if there would be any.

Well, if you possess these signs, you’re surely one hell of a Maple Story lover! =)