This is my high school. 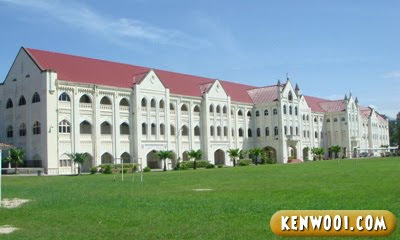 The school was founded in 1912 by a group of Bros Brothers as they purchased a land in Kampung Pisang. It started off as a small bungalow, which served as the school building. Later on in 1921, the main building, which is the current building, was built.

Many said that the school’s architecture made it look like a church. 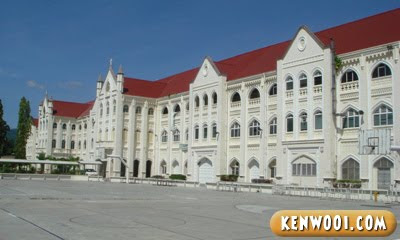 Despite the renovations to the school, it has never lost the architectural “feeling” of the past.

Anyway, as you walk into the school’s foyer, you’ll be greeted by a man and a boy with crooked necks. 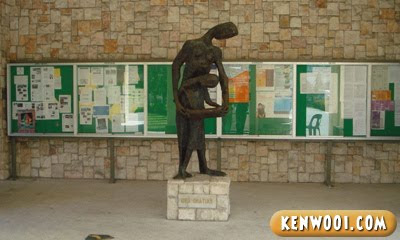 The statue is called Paterfamilias – the term is Latin for “father of the family” and it held supreme authority over his children. 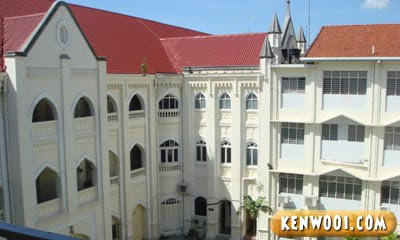 When Brother Ultan Paul took over in 1975, the school was then extended to accommodate more students as the demand rises. This is the food court. The food is cheap and affordable. I remember eating chee cheong fun and chicken fried rice during recess period. Those were the days… 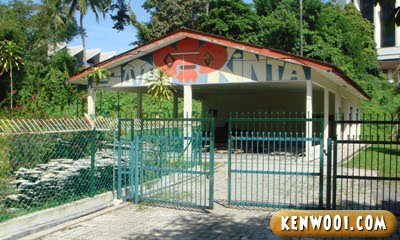 The scout den is not far away from the food court. I wasn’t in scout, but their activities are interesting as they normally do “hand jobs” on woods. On the other hand, I was in the school band – we do “blow jobs” on metals. 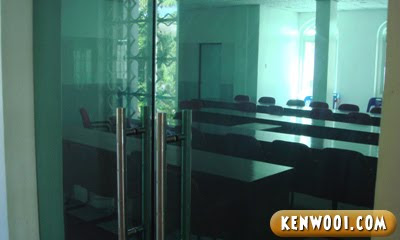 This conference room used to be my classroom when I was in Form 5. Damn, why did they renovate the room? Wanna meditate and reflect on my memories there also cannot. Different feng shui already. 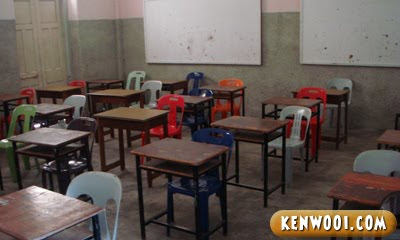 During the Japanese occupation, the school was used as an army transit hospital camp and also the Headquarters of the Japanese Government in Perak. The classrooms were used as offices for the governors and generals.

Besides that, there are some locations in school which were used to execute prisoners. I heard they were cruelly put to death. Well, that’s why we have a lot of ghosts’ stories in school. 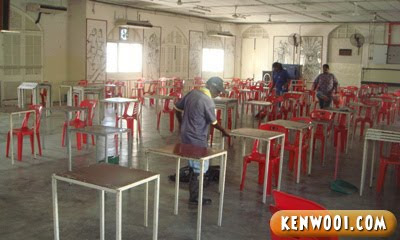 The school hall isn’t a large one. The annual stage productions, also known as dramas, examinations and also assemblies are held here.

And this building is the new primary school block. 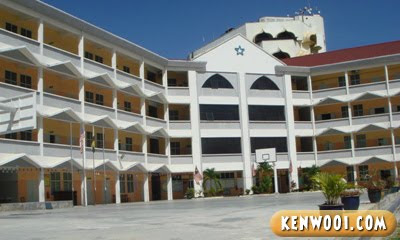 More like an imitation of the original building. The old primary school used to be a single-story building, but it was already demolished. Too bad I didn’t manage to take pictures of the former primary school, or else it would bring back a more nostalgic feeling.

Anyway, one of our “favourite” past-time places was the toilet.

During the mid of my education period, the school built another toilet, a new one. The former principal, Mr. Louis, proclaimed it as a world-class toilet. Have a look… 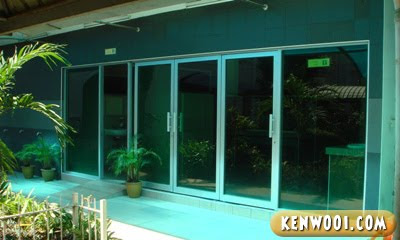 Equipped with more than 10 cubicles and glass doors, it was such a relief for us students. Previously, we had to endure this…

Yeah, no kidding. Smelly cubicles with green yucky fungus growing at every corner. The atmosphere was terribly unbearable, to be honest. Doing “business” there is a dreadful experience. But eventually we got used to it.

There was once, I was doing big business. The lock wasn’t working – nevermind since there were no students. But as I was “pushing”, suddenly the cleaner uncle pushed open the door. We eye contact-ed for a while, I was speechless, he said sorry and closed the door.

I think he’s the only guy who saw my wee wee, besides my dad. Damn…