I’ve never heard of this fort until I visited Penang recently. To be honest, pronouncing the name accurately took me quite some time. Corn-Wall-Is? 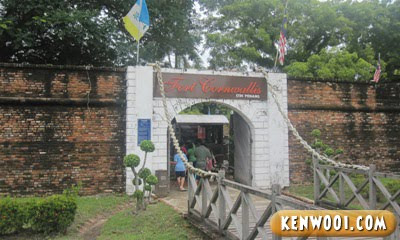 Fort Cornwallis, a star-shaped structure, was erected at the place where Francis Light landed to take possession of Penang Island. 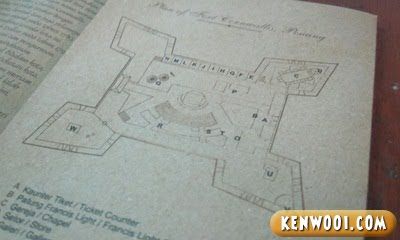 Today, this historical site is popular among visitors. Once you enter the fort, you’ll first see a rifle and Francis Light’s statue.

Since I’ve never handled a bullet-ed weapon before, I quickly picked up the rifle. 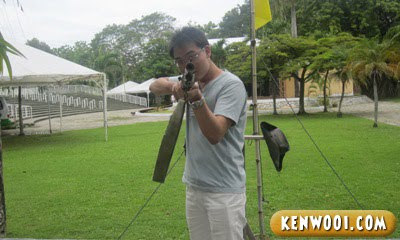 I have a rifle. I’m pointing at you! Don’t mess with me! I SHOOT YOU!

But on second thought… 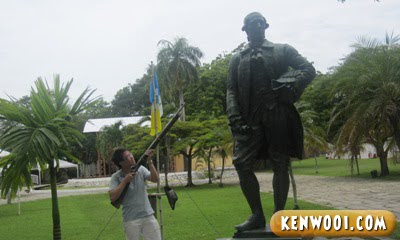 Anyway, the fort is decorated with many old cannons of different sizes. There is a small canon nearby. Quite small. 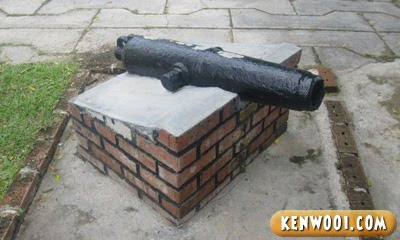 Very small, in fact. I think my ‘cannon’ is larger than that!

Fort Cornwallis served more as an administrative centre for the British despite it’s defensive design. Throughout the British colonization, it survived without much attacks from the enemies. 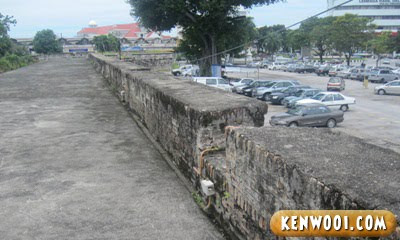 At the opposite side of the entrance, there’s a display of an old British canopy model. 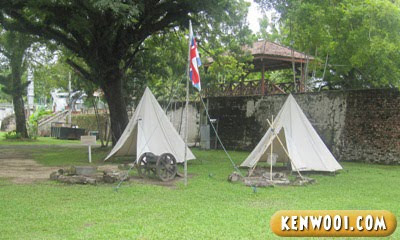 Can you imagine yourself living in such environment for years? We’re considered lucky to be living under a roof instead of a cone huh? 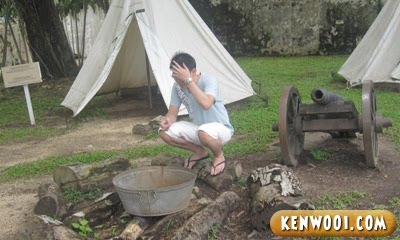 This is Kenwood. Trying to cook a tiny wood with invisible fire.

I wonder how they survived back then with all the wars, bombs and guns. If I were living at that time, I think I’ll be the noob-est rifleman. Die on the first battle.

Oh by the way, I spotted another cannon there! 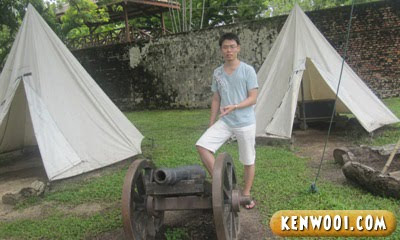 A little bigger than the first one, but still small. Like I said earlier – my ‘cannon’ is larger!

On another side, you’ll see a row history galleries. 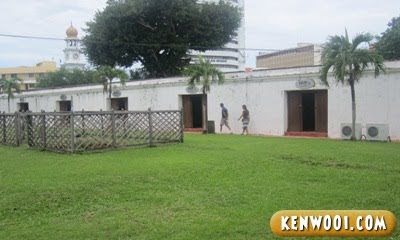 In each room, you’ll see artifacts and historical items from the past.

And towards the end of building, there are examples of prison cells used back then. 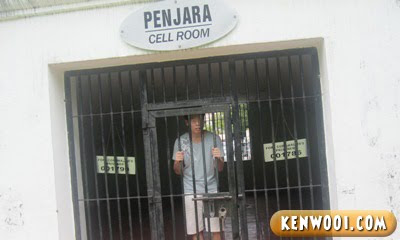 That’s roughly all the interesting parts in the fort.

So, Fort Cornwallis is a must-visit place if you’re on a trip to Penang Island. It’s located near the Esplanade, not the Singapore’s one okay? Penang’s one!

Oh yeah before I forget, I was saying that my ‘cannon’ is larger right? Wanna know why?

You’ll surely agree with me after seeing this!

So here’s why! See for yourself – My Large Cannon! 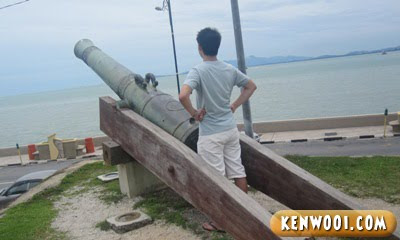