My first visit up Penang Hill, also known as Bukit Bendera in Malay language, was during my recent trip to Penang. 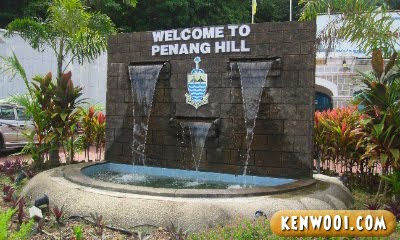 It’s not far away from George Town, and the station to get to the top is located at Air Itam.

Honestly, I was amazed by the method used to get to the peak – by using a tram, or train. 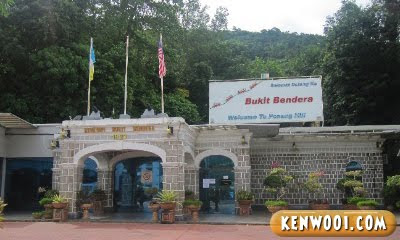 A one-way journey takes around 30 minutes, with a stop in the middle. 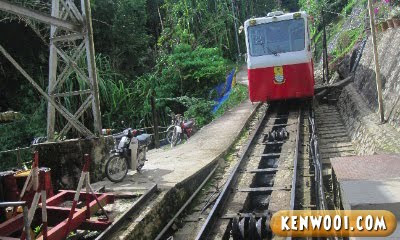 The unique feature of this mode of transportation is that it runs on a railway, they call it a funicular railway, through the jungle of the hill. 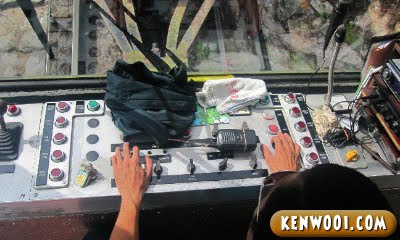 The tram is controlled by a tram diver. So many buttons that I wish to play around with it. 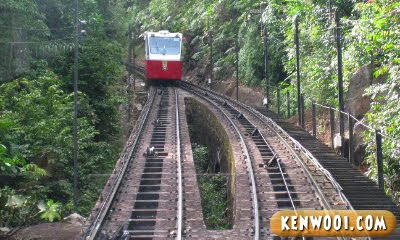 At two points of the journey, the railway splits, for both trams, one going up and another one going down, to pass by each other. I guess building 2 railways for both directions was a difficult task, considering that it’s located deep in the jungle.

Being myself, I was snapping pictures all along the way. So here’s the weird mysterious face part – I came back home, transferred the photos to my Macbook and when I was viewing this particular photo, iPhoto detected a face on it. 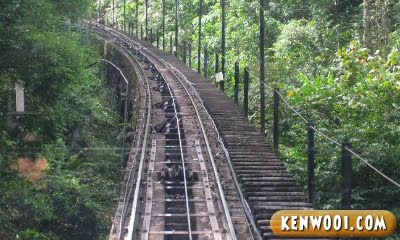 With a glance, can you see a face there?

If it wasn’t because of iPhoto’s automatic face detection, I’d say that it’s just a railway track. But look carefully on the left. 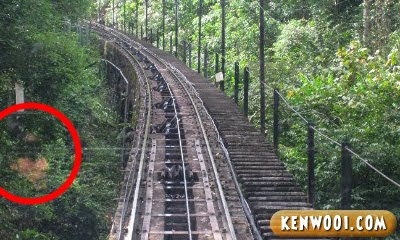 See that?! Wah, that kinda freaked me out you know?!

Yes yes, you might say that it’s someone’s reflection – maybe the person beside me or the driver. But no, a white man was beside me and the driver has little hair. The face looks more like an emo tanned-skin guy.

Can see or not? Can?

Anyway, back to Penang Hill. 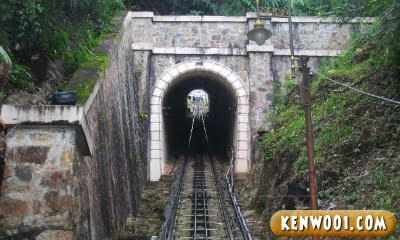 As we reach the peak, there’s a tunnel. Once the tram goes in it, it’ll be pitch black! Careful, maybe an emo guy will appear beside you. =P

Once you’re up there, you can feel the cool atmosphere. Very nice you know, almost like Genting Highlands. 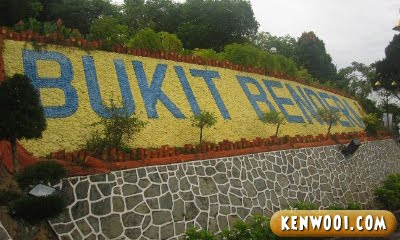 Penang Hill is located about 800 meters above sea level. 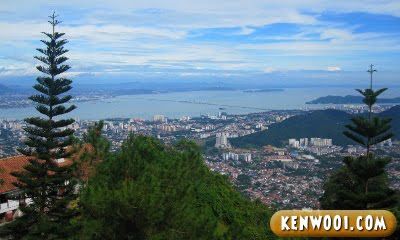 Here’s what I saw when I was at the top of Penang Hill. In fact, you can witness a panoramic view of George Town. 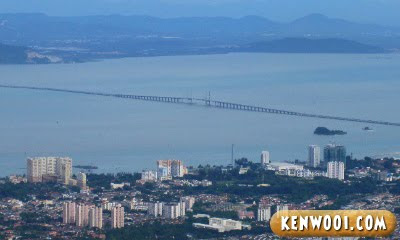 The famous Penang Bridge can be seen too. 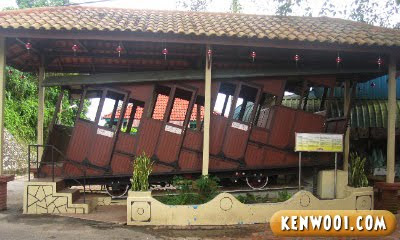 At the top of the hill, there are restaurants, guest houses, hotels and souvenir booths. The old tram used during the earlier railway operations are being displayed too. It’s made of wood. 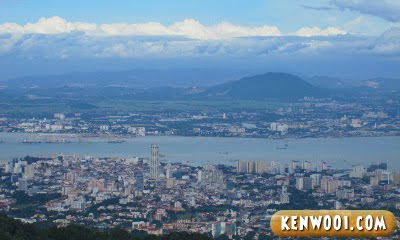 Last but not least, you can also see the mainland. Wonderful isn’t it?

Oh yeah, another attraction at Penang Hill is the Canopy Walk, where you walk along a route hanged up in the air. You get what I mean? Usually you see that in Amazing Race, but this one nobody is gonna shout at you “Faster Faster Damnit Faster!” when you’re there. You can take your time admiring the jungle.

But unfortunately it was closed when I visited. Good also lah… I think I’m afraid of heights. =P

Anyway, if you’re visiting Penang, don’t miss this place! If you got pictures of that emo tanned-skin guy again, tell me ya! Thanks! ;)