It has been quite a long time since I last wrote about Ipoh. So it’s about time…

This is about 2 distinctive structures located in heart of the city – the Ipoh Railway Station and the Ipoh Town Hall. 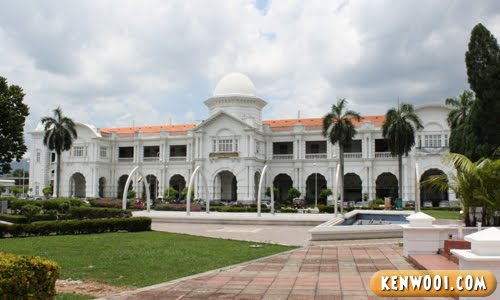 The Ipoh Railway Station is certainly one impressive building in Ipoh. 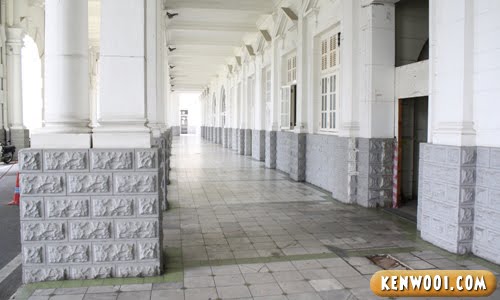 It was built with a unique architecture called Mughal style, from India. That’s why it’s sometimes known as the Taj Mahal of Ipoh. 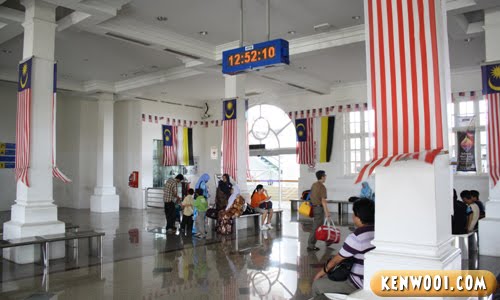 There aren’t much people using the train service here these days, unlike other railway stations – probably due to the abundant availability of bus services. 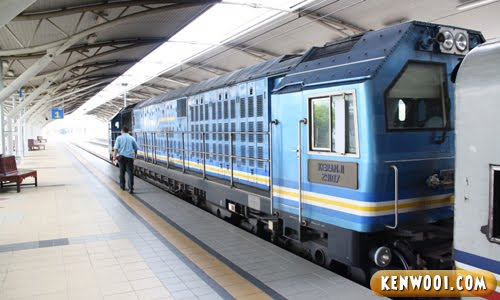 Even I myself prefer to take a bus down to KL instead. 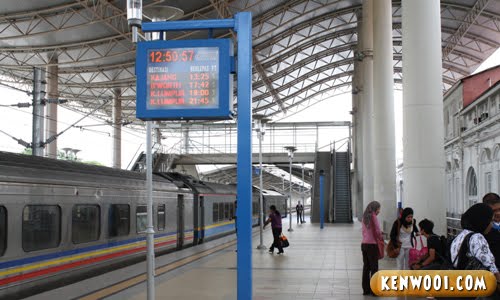 Nevertheless, the train service is up and running – just in case there are no more buses. =)

Next up, another impressive building in Ipoh, which is located just opposite the railway station, is the Ipoh Town Hall. 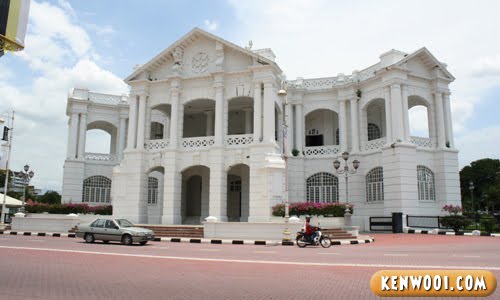 It was completed in 1916 and was initially used as the Post and Telegraph Office. The architecture of the structure was designed by a famous British architect. It features Greek and Roman elements.

Then in 1948, it was used as Ipoh’s District Police Headquarters. 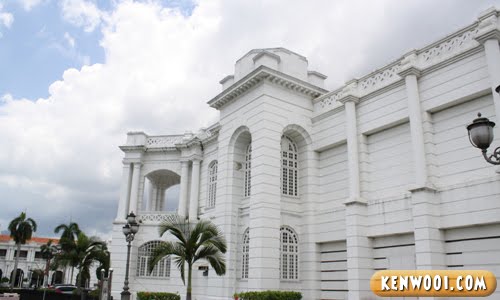 Finally in 1962, the building was used as a public auditorium – till now. 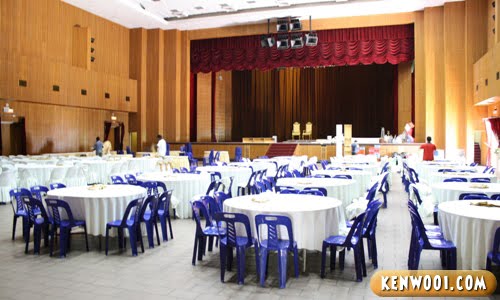 The hall is mainly used for functions, performances and events. Back in 2001, my high school band organized a concert here.

Anyway, the Ipoh Town Hall undergoes numerous maintenance, renovations and upgrading every now and then. 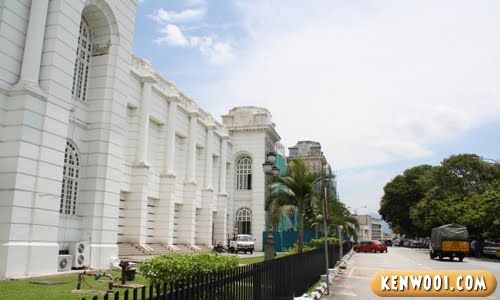 However, there is something extra interesting about the Town Hall – the renovation at the back is always not complete. 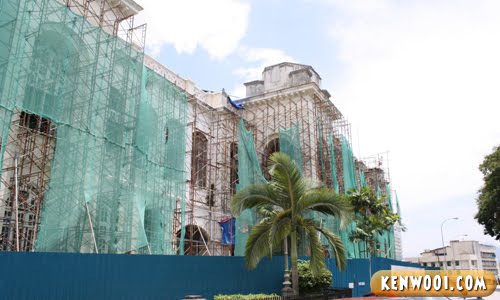 The metal grids used by renovation workers are still intact since a very long time ago, till this very day. The reconstruction never seem to progress, because mishaps always happen when they try to complete the renovation.

Well, most probably some spirits still linger around, preventing the workers from “invading” their residence. 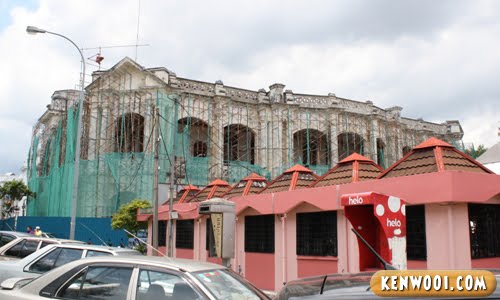 Since then, the back part of the Town Hall is in a bad state. Therefore, only the front part is being used. 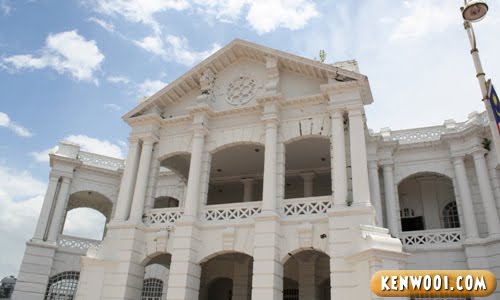 Maybe you can call it “Beautiful face, ugly ass”! =P

Anyway, in between the railway station and the town hall, there is a beautifully landscaped garden. 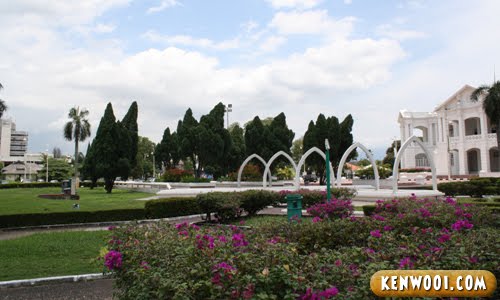 Pathways are available – allowing people to take a stroll and enjoy the view there. Oh yeah, it can be a sweaty experience if you’re there during day time.

And in the middle of the garden, there’s a tree called Ipoh Tree. It’s quite obvious in the following picture. 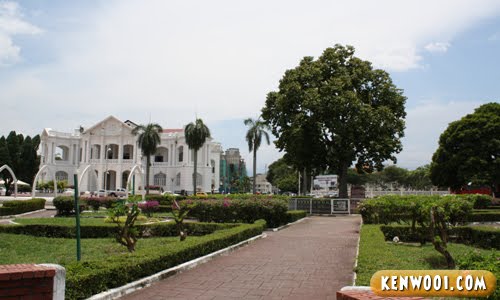 Well, no need for further explanations, as you can definitely guess how Ipoh got its name from.

Okay, that’s all for now. Hope you enjoyed this mini virtual tour around 2 remarkable landmarks in Ipoh. 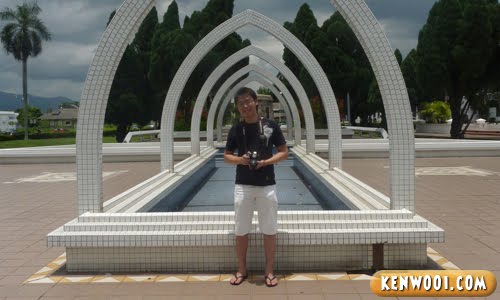 P/S: It was definitely a sweaty experience for me when I was there snapping these pictures! The sun damn hot lah!=P