Harewood House is a country house located in Harewood, right out of Leeds, West Yorkshire, England. 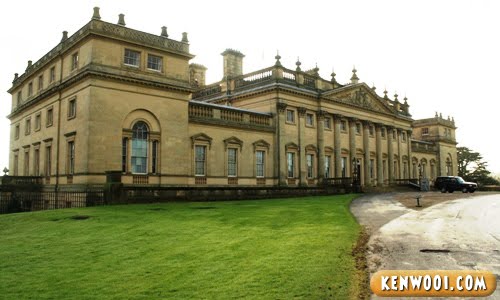 The house is the family home of the Lascelles family. George Lascelles, is the seventh Earl. His mother was Mary, Princess Royal, daughter of King George V and Queen Mary. 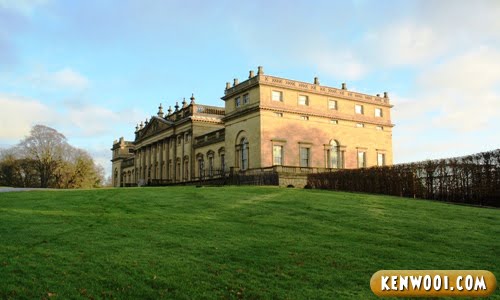 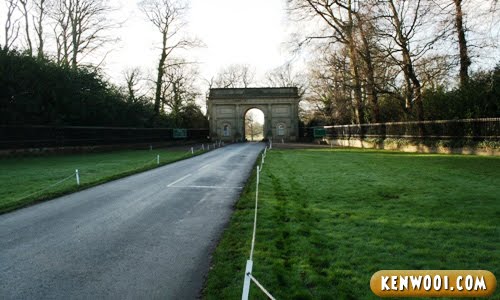 When you reached the Harewood territory by bus, you’ll come across an arc – which looks like a mini version of Paris’ Arc de Triomphe. No museum in that arc though.

After passing through the arc, you’ll witness one of the most amazing scenes on Earth! Satisfaction guaranteed. 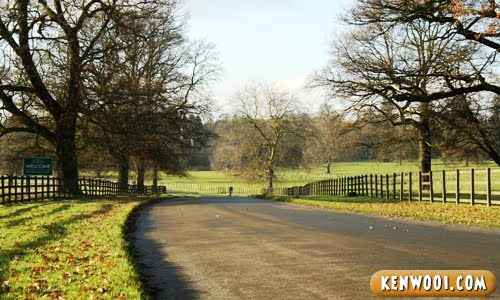 This is the road leading to Harewood House, which is located further inside. It took me quite some time to reach the House as the road is long.

Nevertheless, the view was just breathtaking! 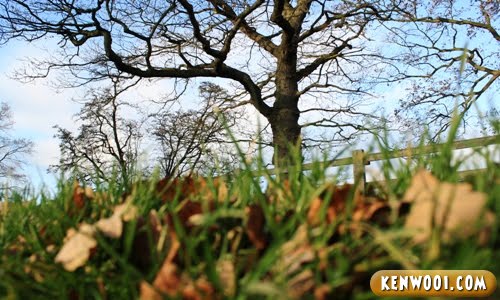 You can see herds of sheep grazing across the green meadow. 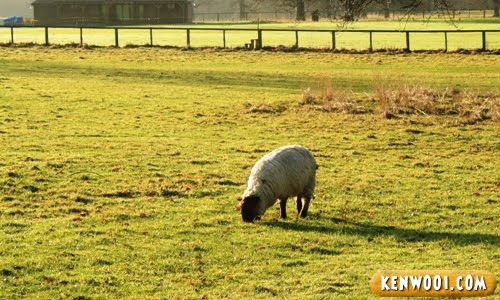 Well, this sheep might be a loner I think.

There are ducks as well. 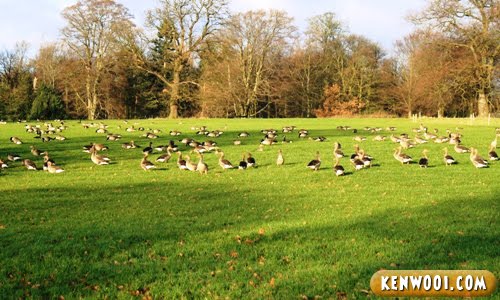 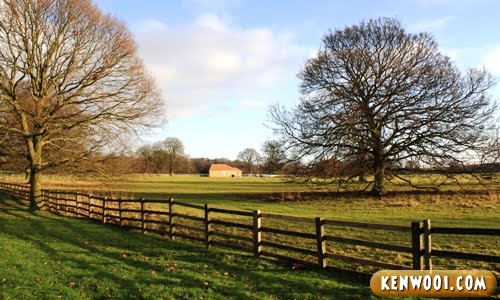 Most of the trees were bald at that moment. How I wish I can visit this place again during the Summer, or Autumn. It would certainly be lovely! 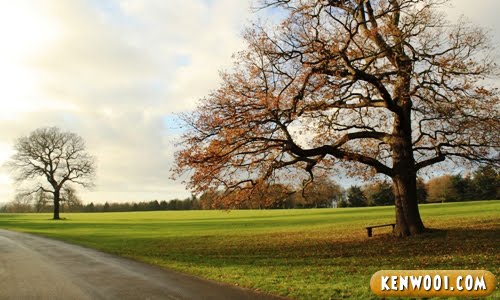 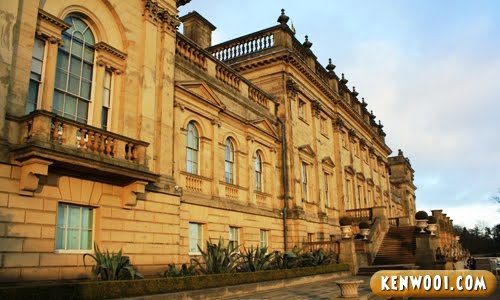 This is the back of the House by the way. Unfortunately I didn’t get to enter the House’s State Rooms as they were closed. However, I managed to go in the Below Stairs area but too bad photography wasn’t allowed inside.

Anyway, there is a Bird Garden within the compound too. Nothing much to be honest – except for birds. 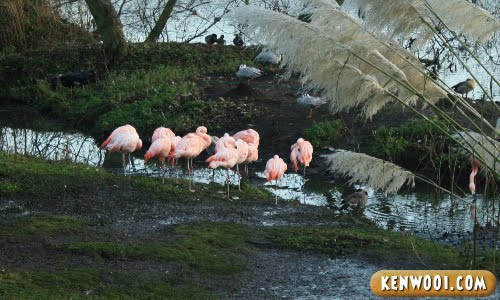 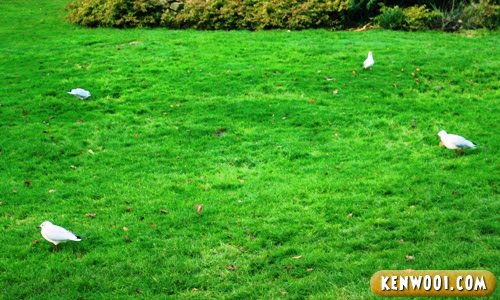 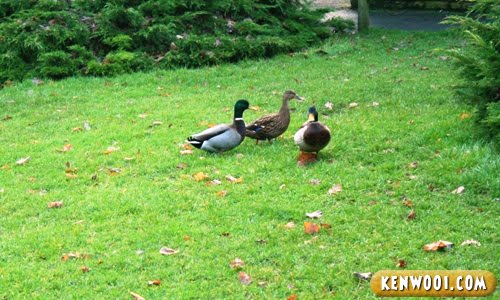 Ducks as usual. Quack! And many other not-so-interesting birdies. There are many places to go around Harewood House’s compound but due to time limitation, I didn’t get to visit all of them.

Furthermore, since the weather was cold like mad, I rather not stay outdoor. You know lah, Winter season is here. And when I entered the Information Center, I stood right in front of the heater, heating myself up. 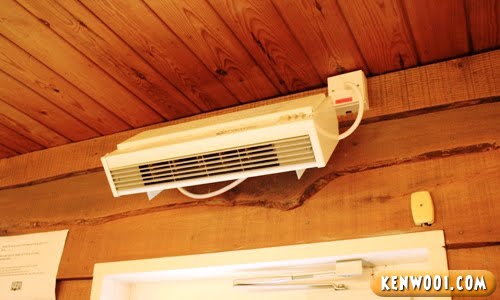 Okay, even though I didn’t manage to explore the House, its Terrace Gardens was still opened for visitations. 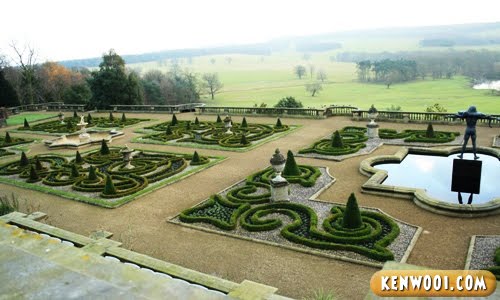 At the garden, you can enjoy the beautiful view of the land beyond the House. Really nice and soothing.

And also, there’s an interesting statue right in the middle of the garden. 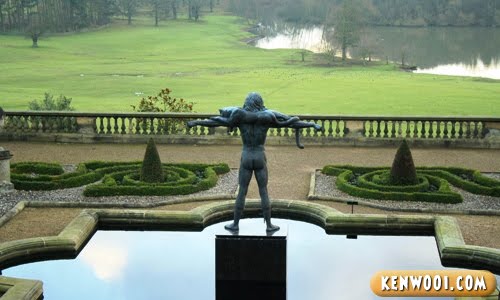 It’s a man. A naked man with a big cat, maybe a leopard or cheetah, across his shoulders. Well, that’s just from the back.

Now, what you’re about to see might be a little obscene. But here’s a little censoring done by me. 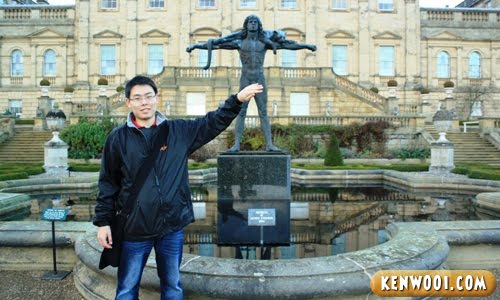 You get the idea, don’t you? See I’m so good covering up for the man. =P

Actually, there are other places such as The Yorkshire Planetarium, The Courtyard, The Ice House, Woodland Garden, Lakeside Walk, Himalayan Garden & Cascade and Walled Garden but as I’ve mentioned, I didn’t have the time.

Damn, now I realized I’ve missed so many other parts in Harewood House. Sighs… 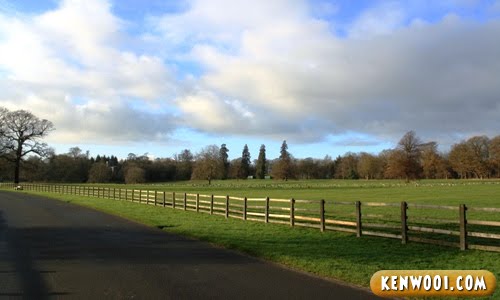 But on the other hand, I certainly did enjoy the scenery. The meadow is so spacious, I think Bollywood can consider this place when picking a setting for its movies. You know, the part where a group of strangers suddenly appears out of nowhere and starts singing and dancing together? 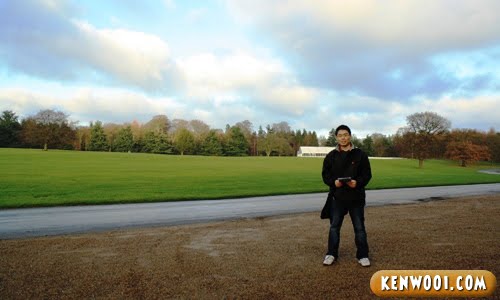 Too bad they didn’t appear when I was there. It was just me and the green meadow. 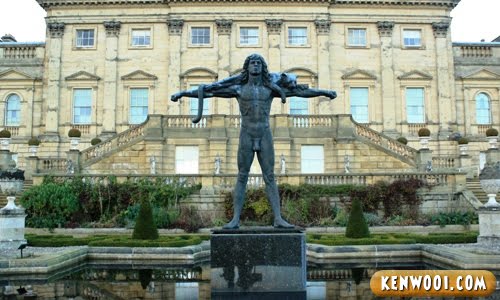