My last trip while I was in UK was York. 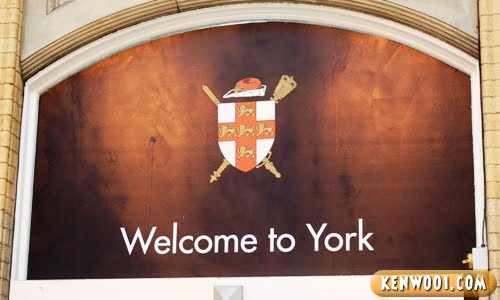 It was a one day trip and I reached there kinda early in the morning, to make full use of the day time. 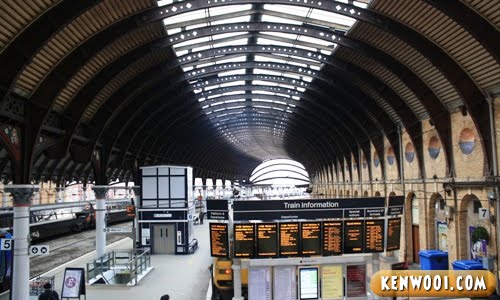 York is a walled city, situated near Leeds.

The first attraction I went to was the York City Walls, which can be seen right outside the York Railway Station. 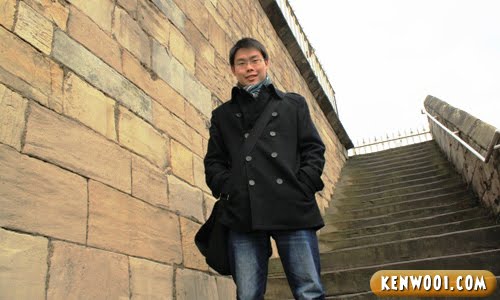 The wall was built during the Roman times, and was used to defend the city, obviously. 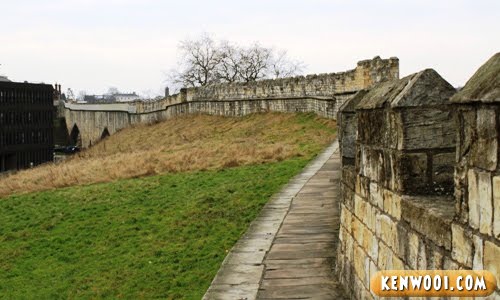 To date, most parts of the wall are still available and visitors are allowed to walk along the walls. 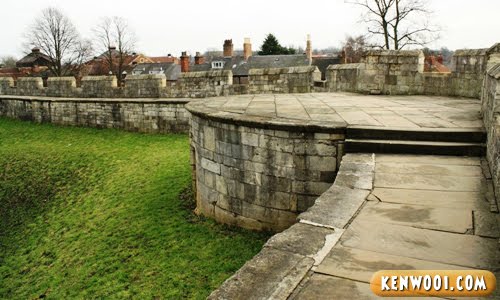 Although it’s not as magnificent as the Great Wall of China, walking on it was worth it. When you’re up on those walls, you’ll be able to see the city from a better perspective.

Another attraction is the Cliffords Tower. 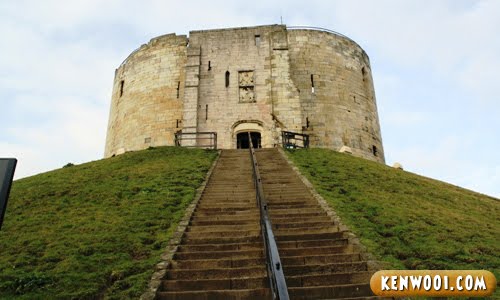 The panoramic view of the city can be experienced on top, but since an entrance fee is needed I decided to skip it. On tight budget!

And in the middle of the city, there’s a pedestrian area. 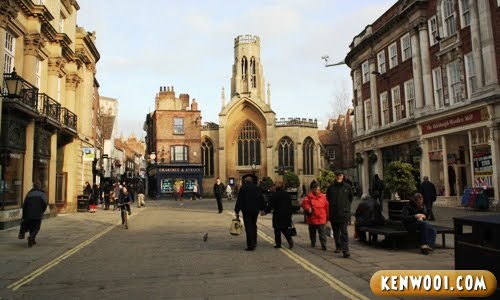 There are many shops and restaurants around the area, and they can only be accessed by walking. 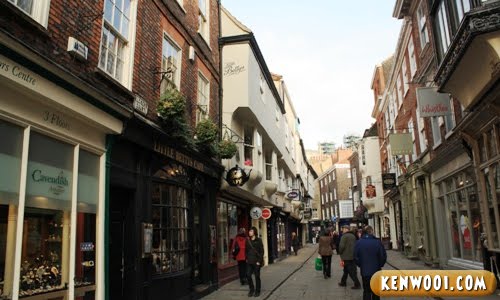 It was a good experience walking through the medieval streets, especially when the weather is cold.

Next up is the amazing York Minster Cathedral, which stands proudly at the city center. 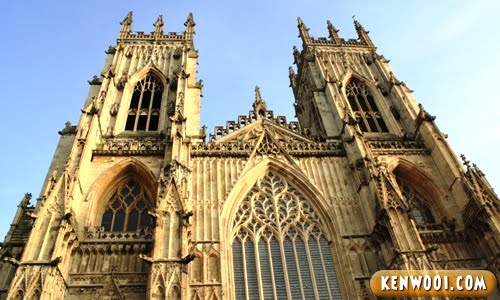 It towers over the city of York and it’s visible from almost anywhere in the city. There are no other tall structures around because there is a rule that no buildings can be higher.

Besides that, the city has many museums and it has a garden just for them. 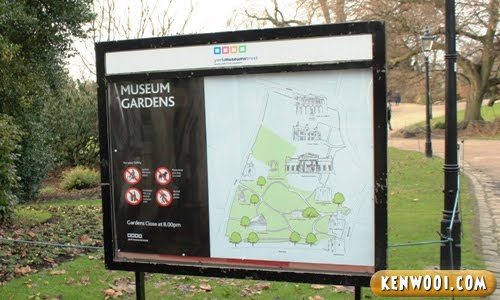 The Museum Gardens. Actually it’s more of a garden plus museums.

One of the prominent structures is the ruins of St. Mary’s Abbey. 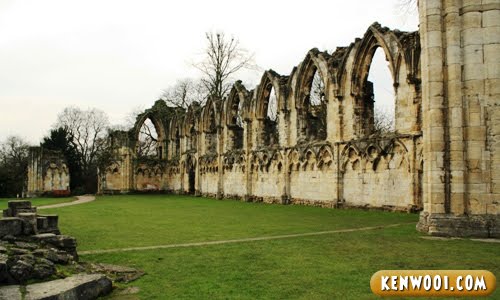 It was closed and destroyed a long time ago and the ruins are currently used to decorate the garden. An example, a question mark. 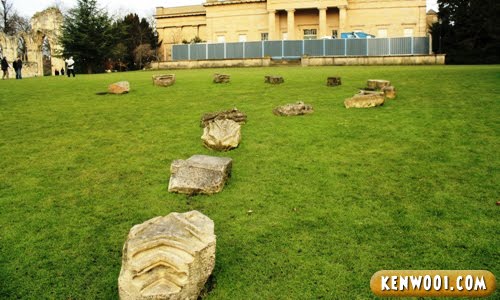 Can you see it?

The Yorkshire Museum is famous in that garden but unfortunately it was closed for renovation when I visited.

The last destination was the National Railway Museum. 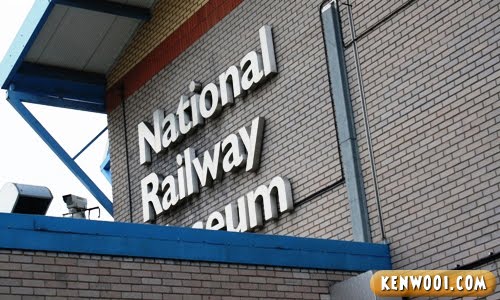 The museum is a short walk from the railway station. It’s the home of the national collection of historical and significant railway vehicles. 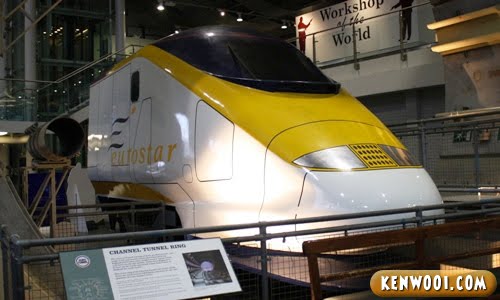 They have trains like Eurostar – the train which left me stranded for 2 days extra in Paris. 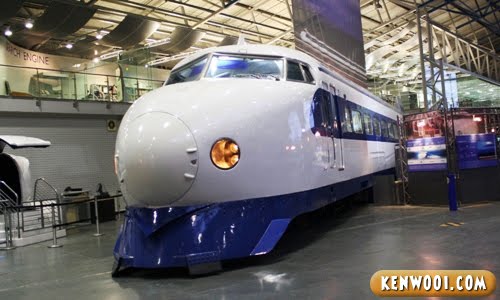 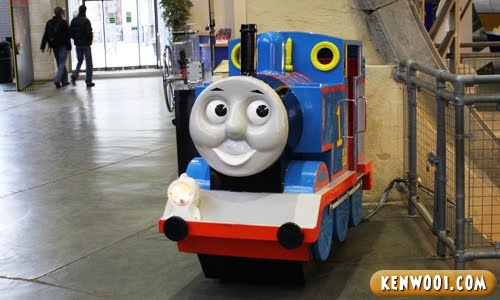 And also Thomas from Thomas and Friends. Hello!

Anyway, York is quite a lovely place. Not forgetting the cold weather when I was there, really miss it. 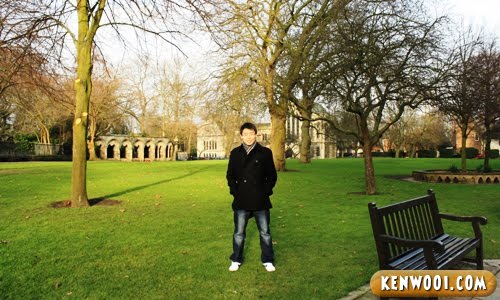 Even though it’s sunny, the air is always cooling. Somehow I wish I can be in York again, enjoying the cold weather than being in hot Malaysia.

But hey, I know there is a York in my house all the time. 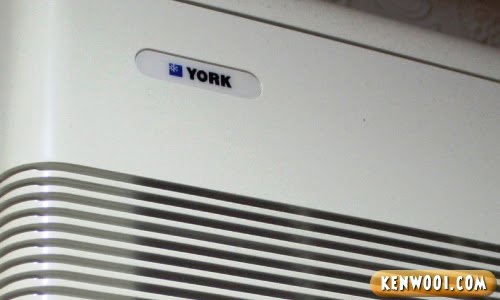 And to make myself feel like being in York again… 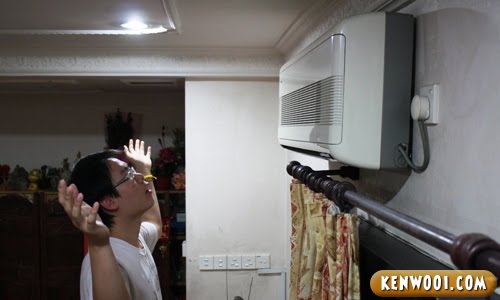 …I can always stand in front of my York air-con whole day! Ahhh… York!

101 thoughts on “Everyday With York”