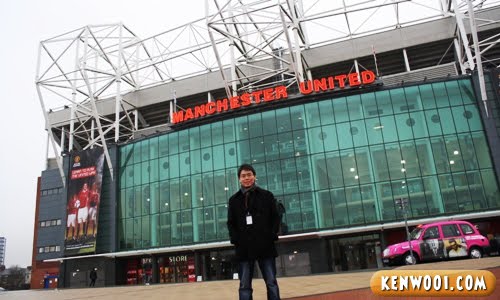 But not a serious hardcore fan till the extent of hugging Manchester United’s crest on their home stand. 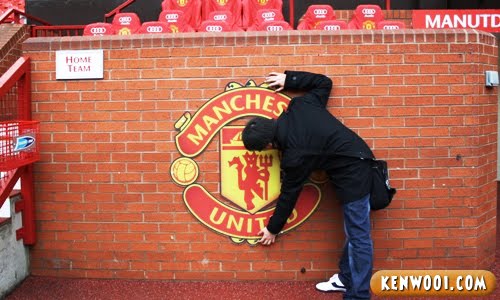 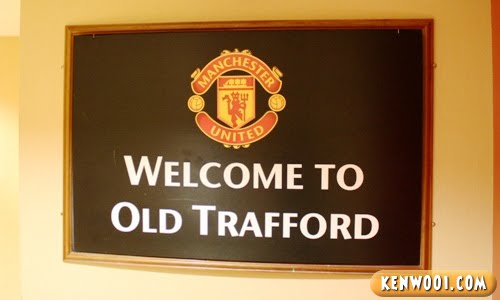 Today, kenwooi.com will bring you on a virtual stadium tour, especially for those who have always wanted to visit the Theatre of Dreams. 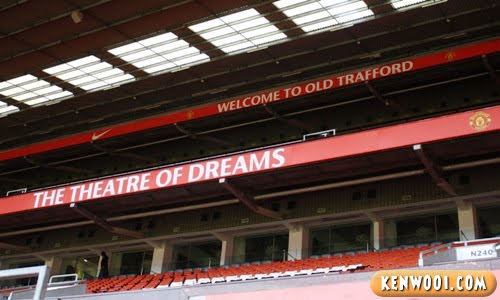 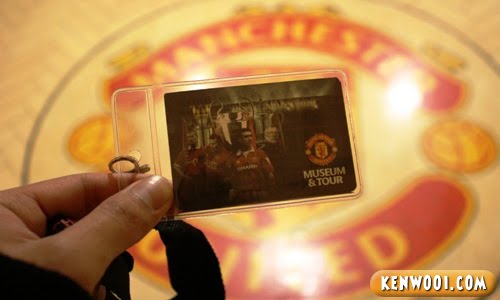 The ticket comes in a form of a tag, where you can wear around your neck during the tour.

Okay let’s get started with the virtual tour. 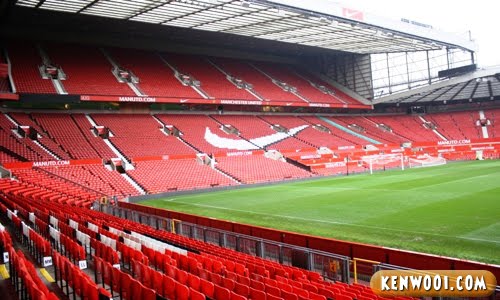 As I enter the North Stand, I felt a rush of excitement. It’s not like I get to visit a UEFA 5-star rated stadium anytime right? 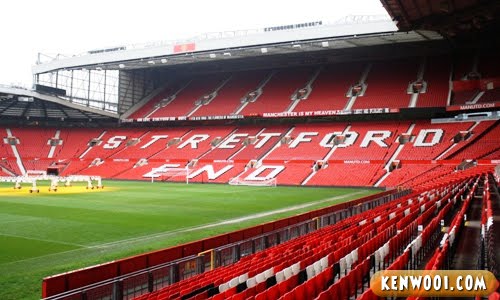 Stretford End, also known as the West Stand, is probably the best known stand in Old Trafford. According to the guide, it’s where all the hardcore MU fans are located during matches. 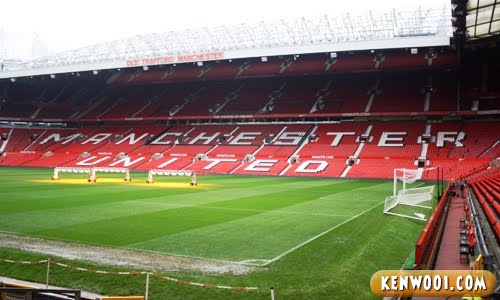 Then we were brought to the South Stand. From there, the name “Manchester United” can be seen on the seats at the North Stand. The view was pretty amazing!

And can you notice the white objects with yellow light on the field? They’re actually equipments that act as artificial sunlight for the grass due to lack of sunlight during the Winter season. 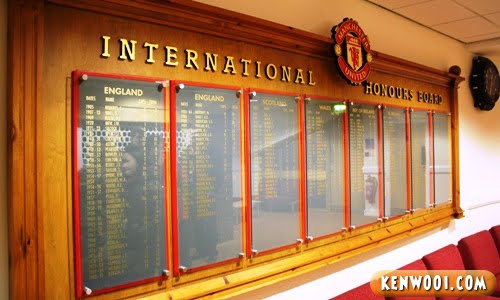 After that is the chill-out room. It’s the place where MU players gather and relax with their wives and girlfriends (WAGs) before and after a match.

Then, the home dressing room. 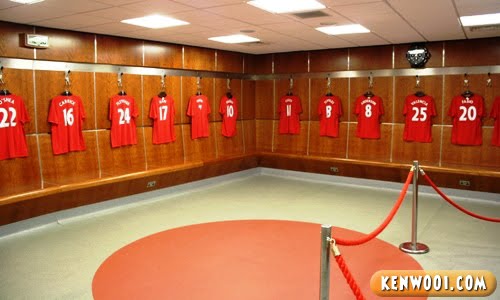 Pretty spacious, but the jerseys displayed are fake jerseys. Manchester United also endorse pirated stuff eh? Or perhaps they’re afraid that not-so-hardcore fan like me will steal them. 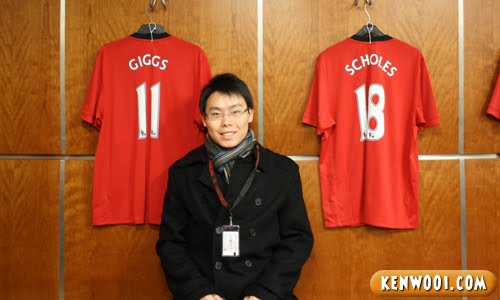 Anyway, these are the loyal Ryan Giggs and Paul Scholes’ pirated jerseys. 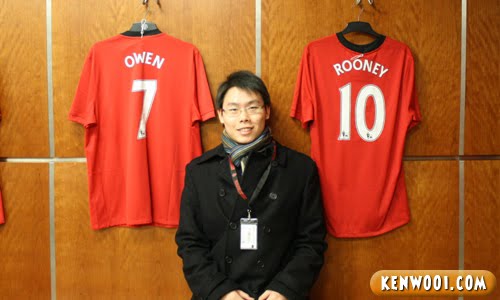 With Michael Owen and Wayne Rooney’s pirated jerseys as well.

By the way, regarding Michael Owen. Did you come across this picture circulating around the Internet? 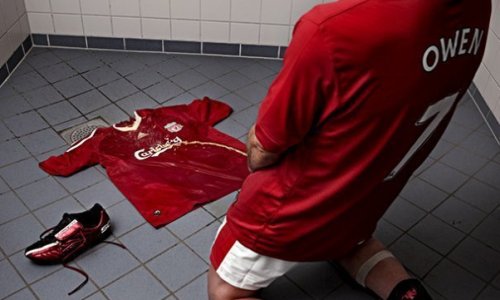 I think Owen did that in one of the Old Trafford’s toilets. =P

Okay back to the tour. Then it’s the tunnel where players run out to the field every match. 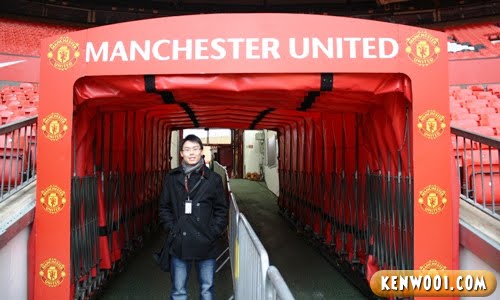 During the tour, a recorded fan cheer is played to give us a feel of running out during matches, just like what the players experience. So I ran out… 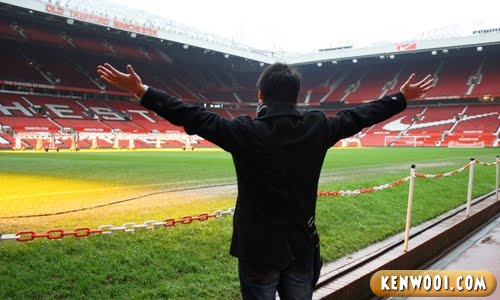 …and yes! I’m in the magnificent Old Trafford!

The whole tour was about an hour, I definitely enjoyed it. Oh yeah, every participant will be given a certificate by Manchester United at the end. 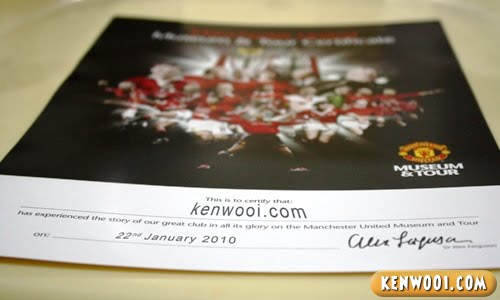 Signed by Alex Ferguson, you know. Don’t play play. But it’s fake too, since it was printed over and over again.

After the tour, I went to the museum. The museum consists of 3 floors. 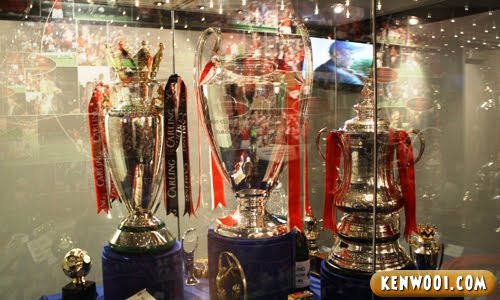 Nothing much though. Just the club’s history, trophies and more silverware. 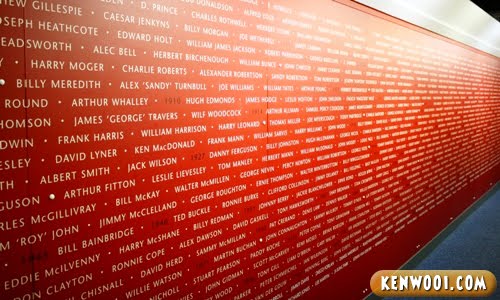 And also a wall of all the Manchester United’s players.

I spend quite some time around the gift shop as well, searching for MU merchandises to buy. 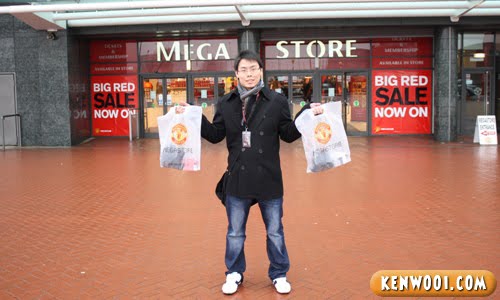 There are many to choose from and I bought some key chains, a mug and a shirt with the phrase “Best of the Best” on it. =) 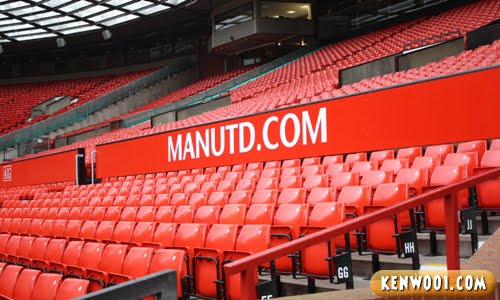 And yeah, did you know that kenwooi.com is also a proud sponsor of Manchester United? Take a look! 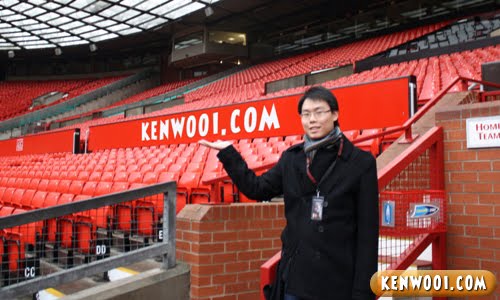