This is a very outdated entry regarding my trip to Europe, but I think it’s the best time to write about it. 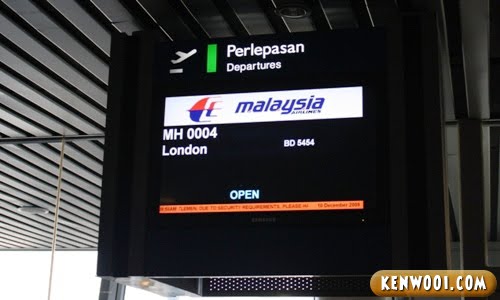 Ever since I came back from Europe, I sometimes reminisce about the going-to-UK journey. It was really an experience. Mum said that I’m so lucky to be able to visit Europe at such an age. Yes thanks mum, and dad as well.

Anyway, regarding my 12-hours flight from KLIA to London, and also a little from London to Leeds. 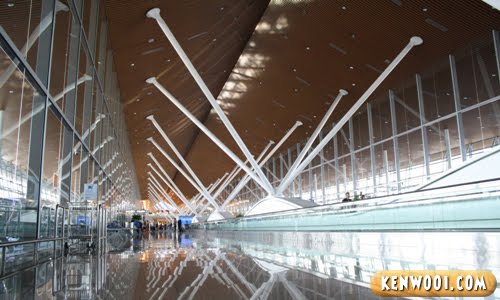 I reached KLIA and passed the security border quite early. To be honest, I was very excited. 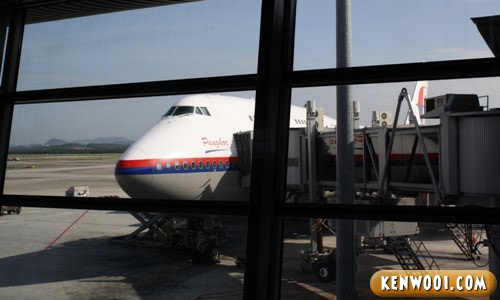 When I saw the MAS plane, I got more excited. So this was the plane that took me half way across the globe.

On the other hand, I was pretty nervous. Have you watched Final Destination 1? The plane KABOOM after taking off? 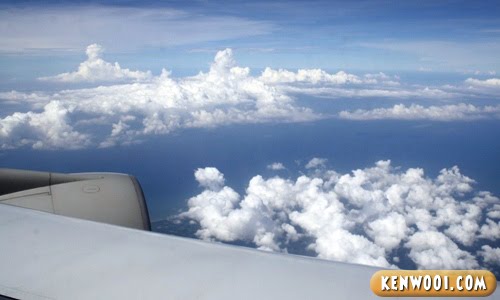 Okay I sound insane, but the took off was successful. And that’s when I told myself “Europe, here I come!”.

12-hours on a flight was quite an experience. It felt like ages – you keep looking forward to reaching London but when you look at the time – 11 hours 30 minutes to go. Why so slow wan? 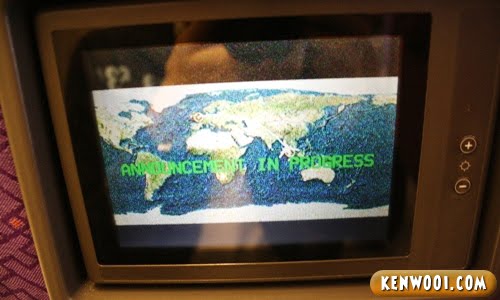 This was the screen that accompanied me most of the time. I watched movies with it, check flight details and stared blankly at it as well. 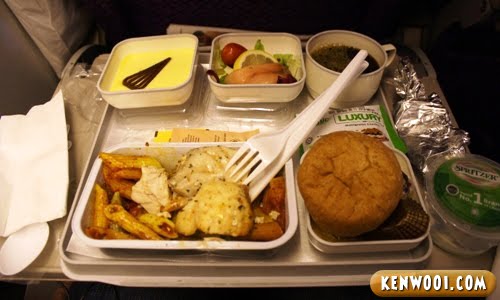 One of my meals during the flight. 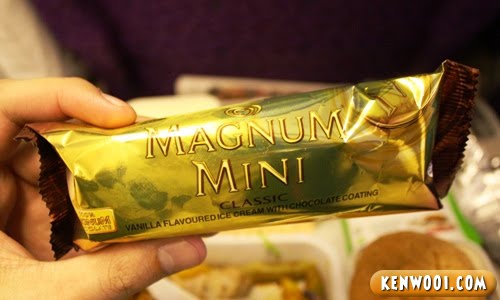 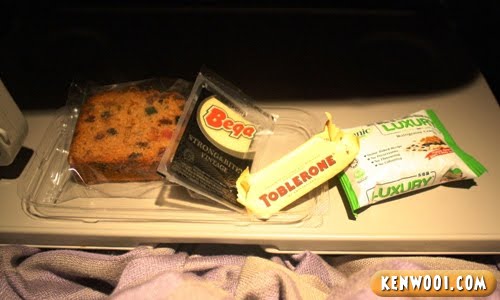 And more snacks given to eat, probably to kill time. But I took at most 2 minutes to finish them up.

I couldn’t sleep much since it was a morning flight. Hence, the 12-hours on board is actually 12 hours of day time in Malaysia. Perhaps just a short nap. 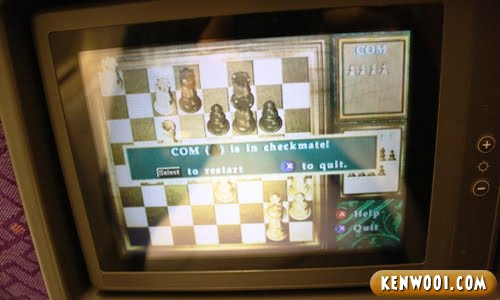 I even tried to beat the computer in chess several times. And look! I managed to win the computer gamer in the end! It’s not easy to outsmart Artificial Intelligence you know. =P

Also, all passengers to UK are required to fill up the UK Border Agency Landing Card. 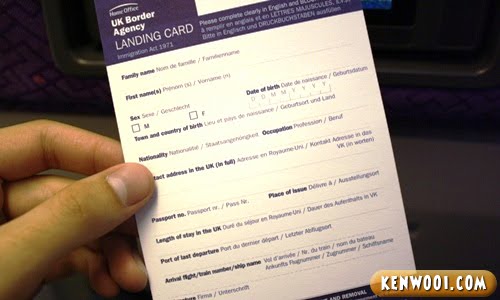 I didn’t have a pen with me, and the lady beside was kind enough to lend one. Don’t think she’ll read this though. Aiya, should’ve told her I’m blogging on kenwooi.com! =P

Anyway, the plane landed safely at Heathrow Airport at about 3.45pm UK time. 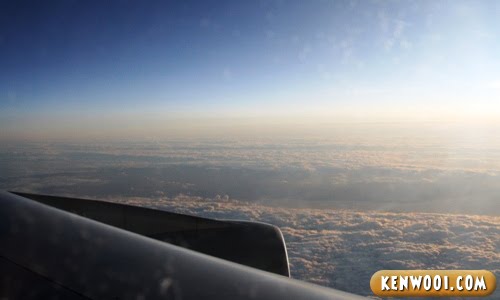 By the time it touched down at London, it was almost sunset. By the way, did you know that during Winter season, the sun sets at 4pm? Yes, it does.

And as I walked out from the plane, I can feel the cold atmosphere immediately. It’s definitely not because of some mega air-conditioner, it’s the temperature. 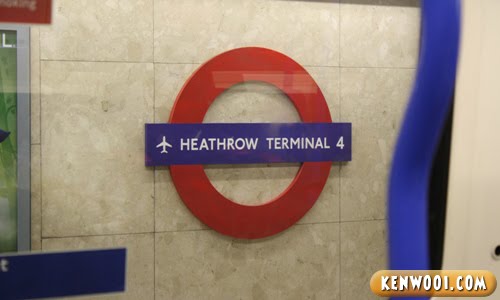 After retrieving the luggage, I went straight to London Underground station – to take a train to Kings Cross Station. 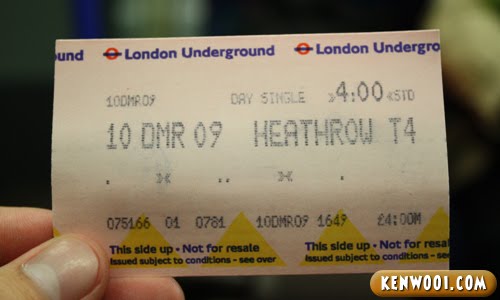 Without an Oyster Card, a flat rate of ₤4.00 (RM22.40) will be charged to any destination in London. 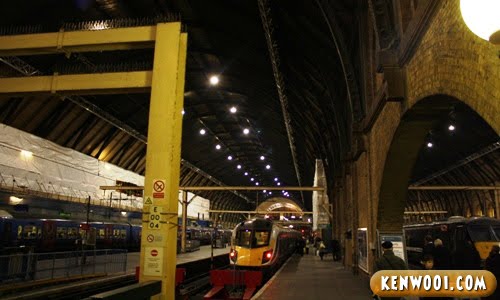 So yes, this is the famous Kings Cross, where Harry Potter and His 9 3/4 Platform was filmed. 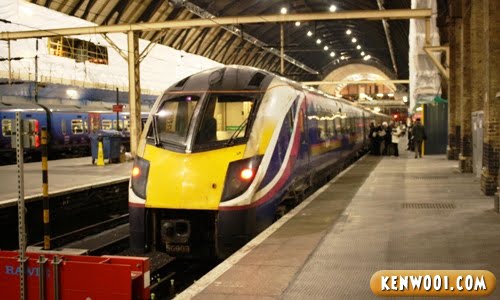 I can vividly remember being there for 2 hours, waiting for my train. I sat, looked at the ang mohs and wondered how long more I’ve to wait. Took ages as well. 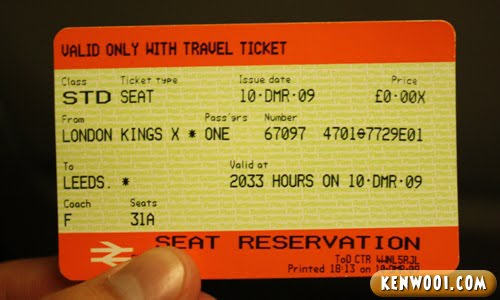 The ticket issued for the trains are pretty cool. In fact, I’m still keeping all the train tickets I used over there. For memories, no doubt.

As for the journey to Leeds, it took about 2 hours. 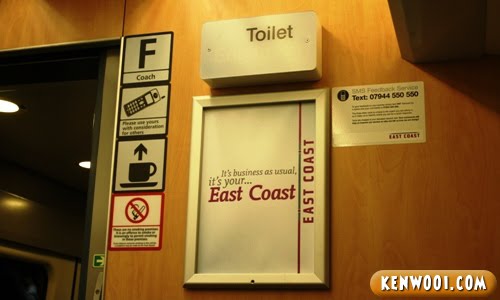 So in the train, all I did was wait – again.

Oh yeah, I received an e-mail from East Coast trains recently. Boy, that made me miss traveling about UK with trains.

Then, at approximately 11pm UK time (7am in Malaysia, the next day) I finally reached my final destination – Leeds! 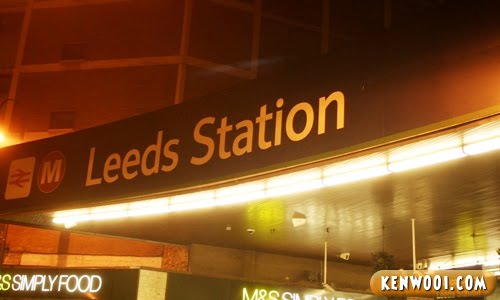 In the end, after about 24 hours of moving around the globe, I was finally able to rest!

As I’m typing this entry, I really wish I can experience this amazing journey all over again. But unfortunately, all I can do now is to…

Look back and smile that it happened. =)

84 thoughts on “The Journey from KLIA to UK”