When you hear about “armouries”, you might think that the Royal Armouries is all about weapons in glass cases. 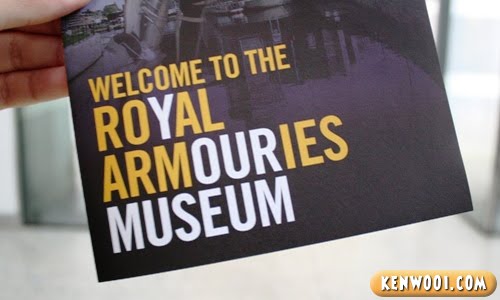 But a visit to this spectacular museum will make you think again! 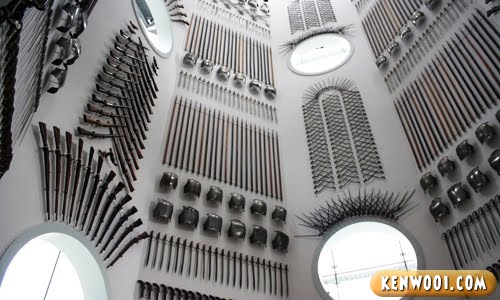 Here’s what was displayed at staircase heading to the exhibition. Seriously, the arrangement of weapons is just fascinating!

Anyway, there are 5 galleries to explore – War, Tournament, Oriental, Self-Defense and Hunting. 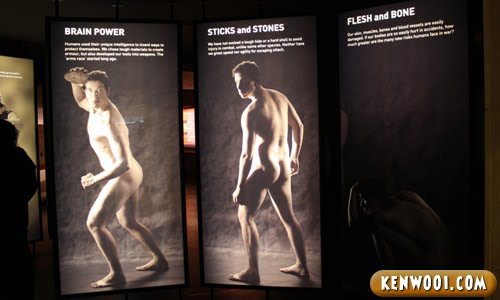 In the War Gallery, the first exhibition was some naked men. Yeah, it started with how human learned to fight without clothes. 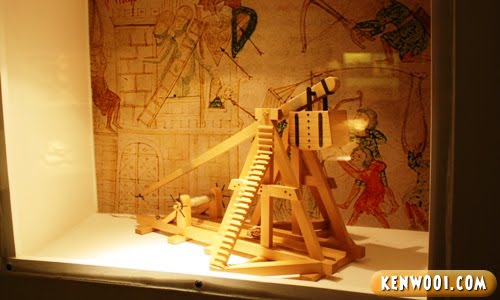 A miniature of a catapult – reminds me of Age of Empires computer game. I always use this to destroy walls and castles! 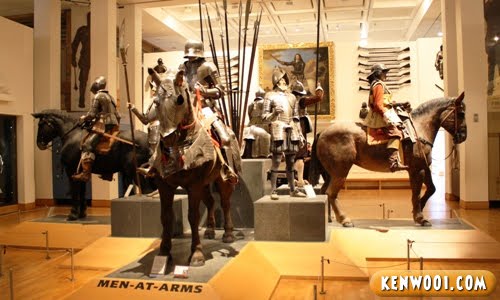 Basically it’s about how human warfare evolve during the Middle Ages. And when gun powder was discovered and improvised, the machine guns were created. 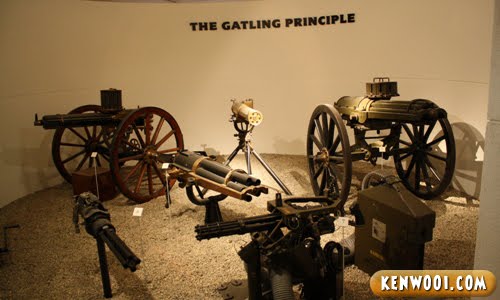 All sorts of machine guns are available, cool right?

Makes me feel like handling one and shooting at crazy zombies in Left 4 Dead 2! 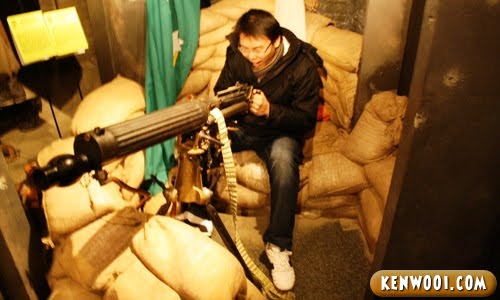 Anyway, while walking around the gallery, here’s what was spotted. 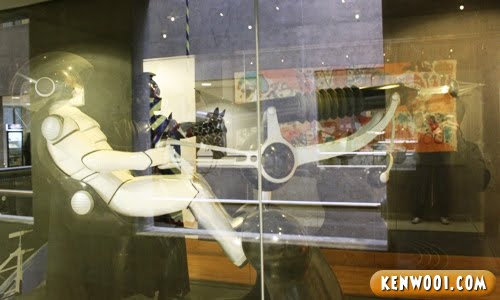 A Star Wars Stormtrooper trapped in a glass case. Weapons and characters that exist in fictional movies are also displayed huh.

Besides that, interactive displays are located everywhere, therefore allowing visitors to experience hands on with the history. 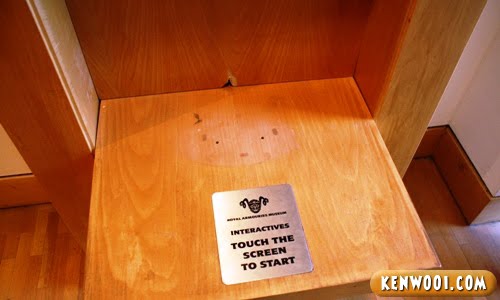 Cool idea. Touch the screen to start but there’s no screen at all. Interactive screen FAIL!

By the way, I personally think this is funny. Look. 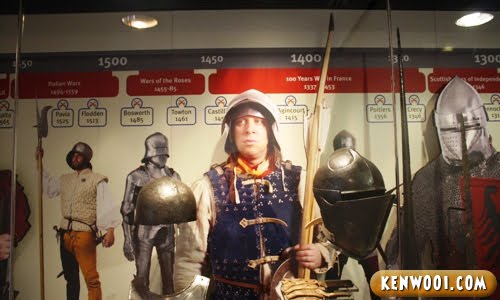 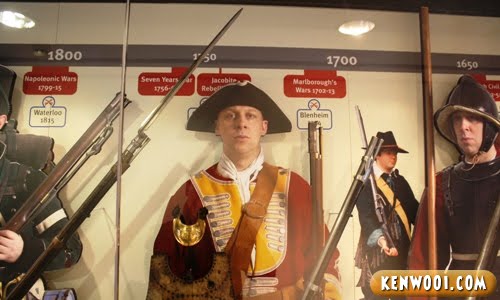 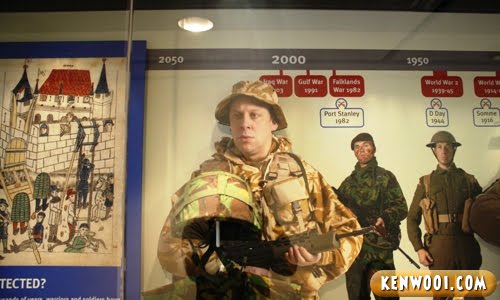 Okay, I know it’s the same guy, probably some employee. But to think that he lived through 600 years in the presentation is just funny! No?

The Tournament Gallery includes weapons for tournaments ages ago. 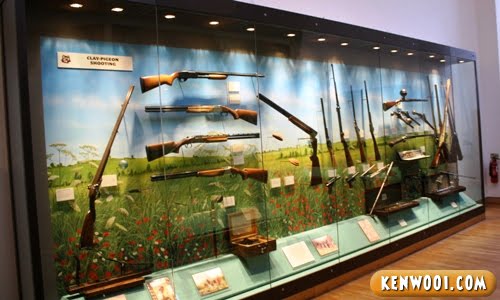 There is a display of guns for clay-pigeon shooting. I’ve seen the digital version in gaming arcades. 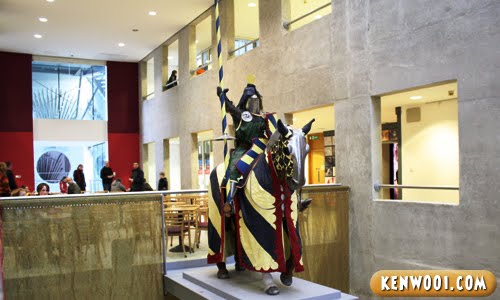 And figures for jousting tournaments. 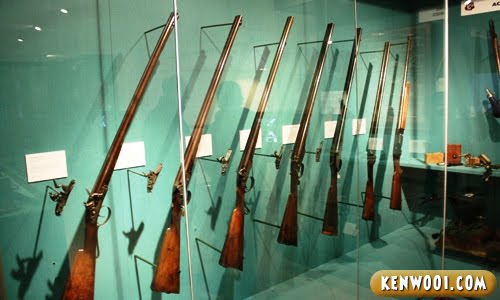 Then, more guns can be seen at the Hunting Gallery. You know, looking at the rifles made me feel like taking one, hunt down some Zombies and shoot the hell out of them! 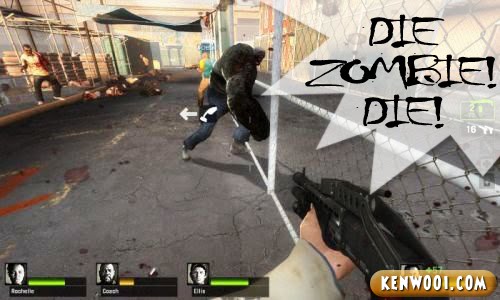 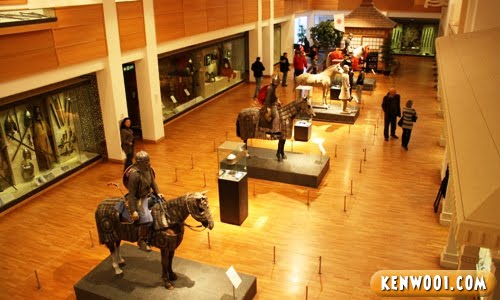 Afterwards, we proceeded to the Oriental Gallery, where weaponry from Asia is featured. 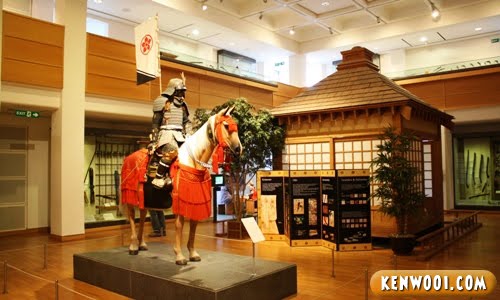 The display mainly features the Japanese with their monster-looking headgear and samurai swords. 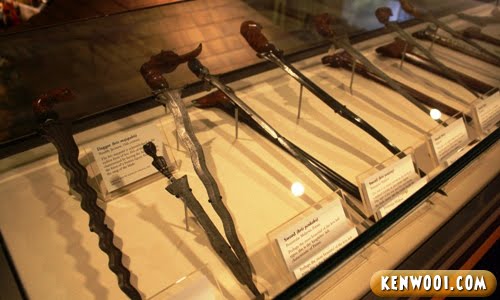 Another prominent feature is the traditional daggers, also known as keris by the natives.

All in all, there are lots more to be seen than what I’ve shared here. The visit took almost 3 hours, just imagine how large it is.

And towards the end, we were greeted by a body armour. 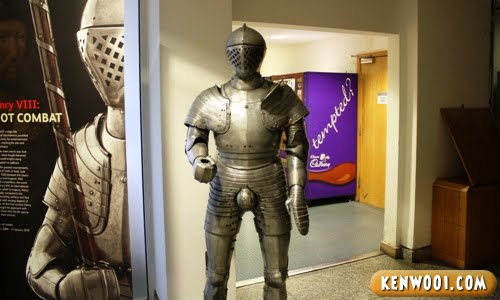 Something’s definitely not right about it.

What’s that round thing bulging out between the legs? 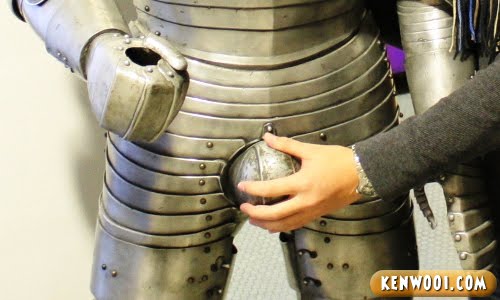 So I experimented it and yes, it’s the well-known legendary… wait for it…