Never in my life I thought I’d visit Disneyland. 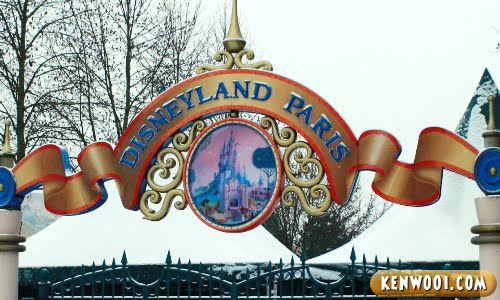 But eventually, I did – at Paris to be exact. And it was a great experience! To add more fun to the visit, it was snowing that day too! 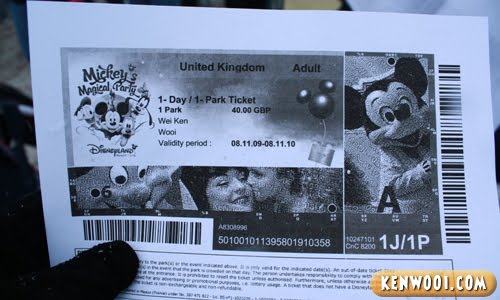 Anyway, this was my entrance ticket. Printed out after purchasing it online. It cost ₤40.00 (RM224.00) per individual to see Mickey Mouse shirtless and Donald Duck pantless live.

After reaching Marne-La-Vallee Chessy RER station, we played with snow for a while and then headed to Disneyland, which is about 100 meters away. 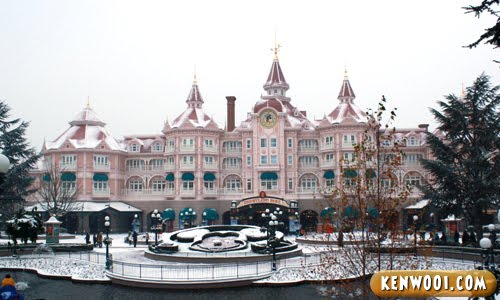 This was the very first building we saw – which is the main entrance to the Disneyland area. We took spent some time taking pictures before entering.

Oh yeah, I’d like to take this chance to introduce the group I was with during this Paris trip. 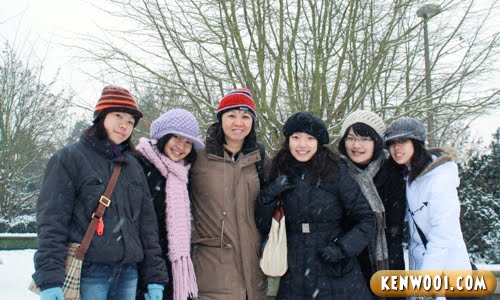 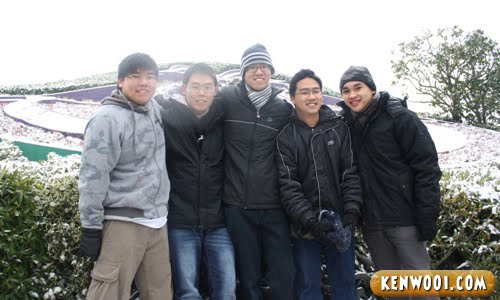 And a bunch of crazy guys. 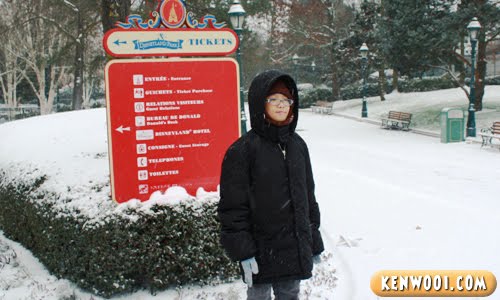 Not forgetting the little Duwayne as well – the youngest in our group.

When I wrote my first entry about Paris, many thought I went there alone. But the truth is, I was with this group all long! =)

Okay, back to the topic. So after going through the gates, we went straight to Main Street. 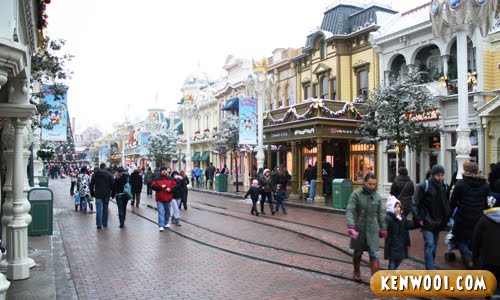 Welcome to the Main Street – with tracks on the road for the Disney Parade.

So this is where the adventure begins in Disneyland Park. 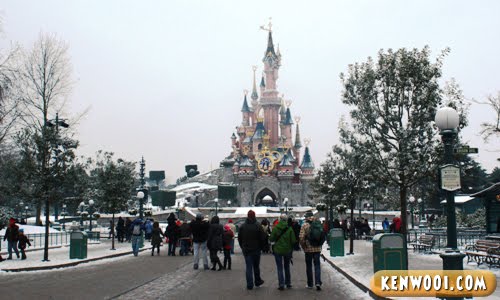 As you walk further in, you’ll see the famous icon of every Disneyland – the Sleeping Beauty castle.

Inside the castle, there are decorations related to Sleeping Beauty. 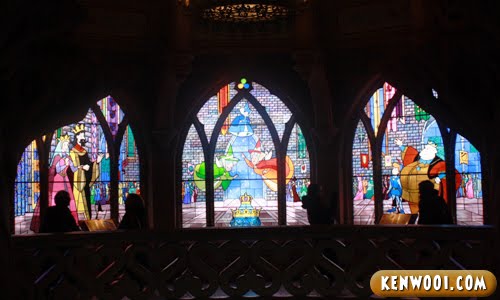 I think the interior glass decoration inside the castle was amazing.

By the way, I met one of the dwarfs from Snow White too. 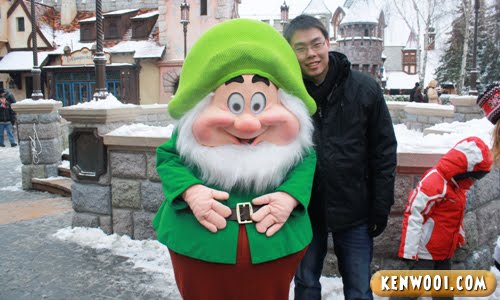 I was happy to meet Happy.

Oh wait, is he Happy? I’m not sure but he looks like a happy one. 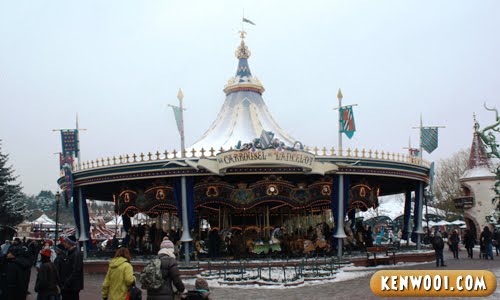 There are rides as well – but they are mostly for kids. No crazy rides to be found. Even if there were, most probably they will be closed due to the weather.

After that, we headed to “It’s A Small World” cruise ride at Fantasyland. 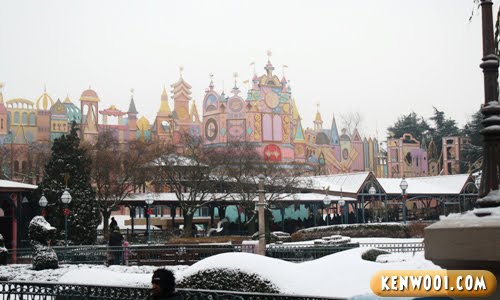 That’s the building that sailed us around the world for approximately 5 minutes. 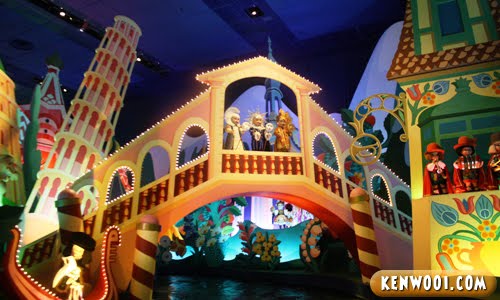 I think this represents Italy – with its Leaning Tower of Pisa. Then Egypt. And also a little of Mexican feel. 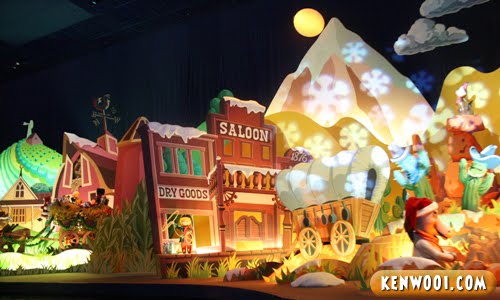 Some Western country as well. The characters and presentation were pretty cute, to be honest. 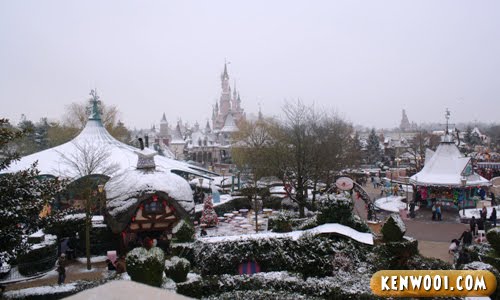 Here’s another view of Disneyland Park. Most of the pictures are not clear due to the fog. =(

Anyway, since it’s so cold while exploring around the area, you can’t resist to get yourself a hot cup of chocolate drink. 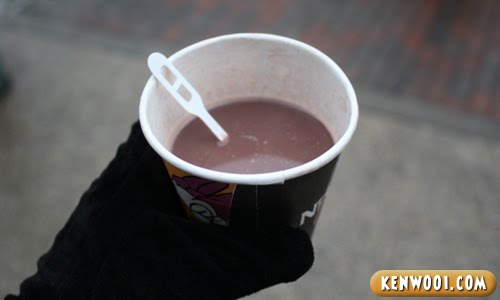 I rarely have chocolate drink, but this cup was simply filled with pleasure and satisfaction! Really warmed up the body – but just for a while though.

Besides that, there’s a place called Frontierland. 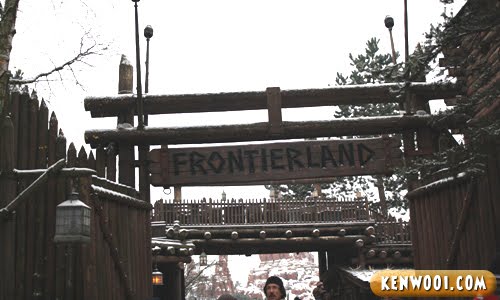 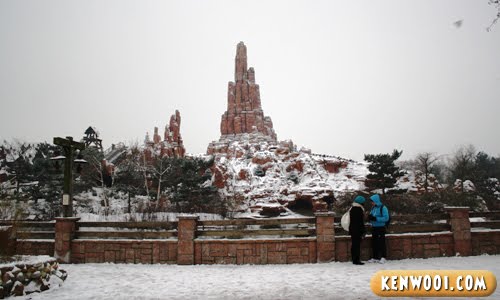 With weird looking rock formation in the middle. 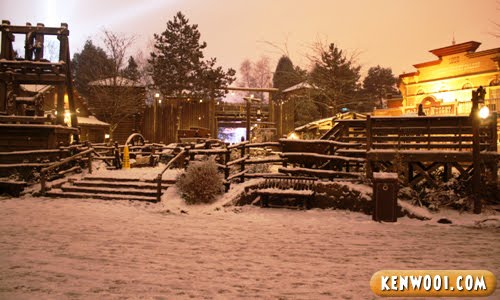 More of a cowboy town I guess? 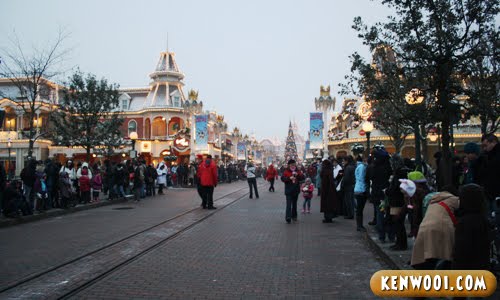 Anyway, as the day started to darken, the lights at Main Street were up – to prepare for the Disney Parade. Everyone was ordered to stand at the side of the road, so that no one will obstruct the oncoming parade.

At 5pm, Disney’s Once Upon a Dream Parade started. 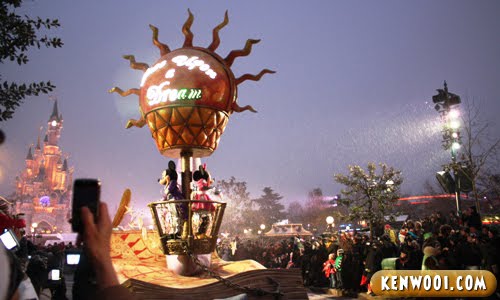 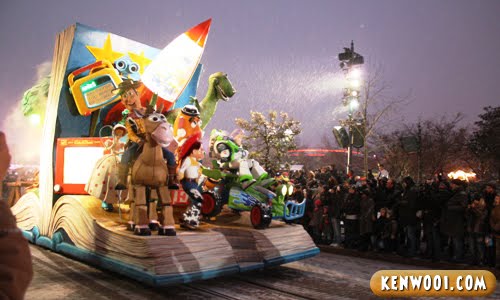 Characters from Toy Story – one of my favourite animations when I was young. 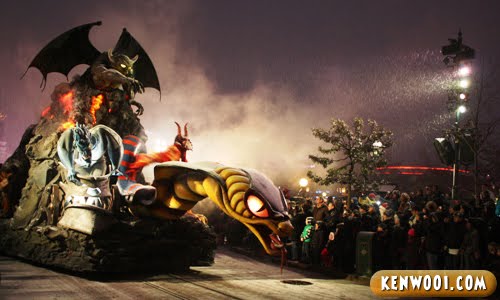 Villains appeared as well – not sure from which animation though. 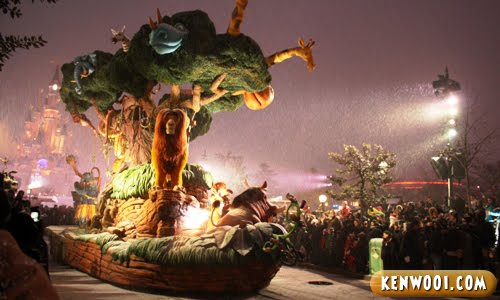 Lion King too. I loved the animation a lot!

After the parade, we visited some souvenir stores. 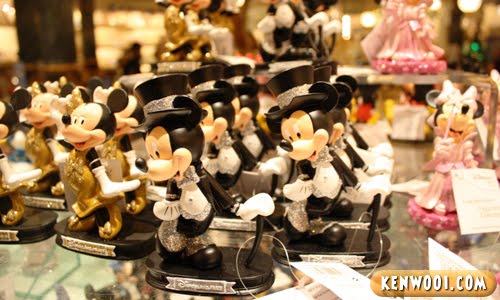 There are lots of gift stores with a huge variety of Disney-related souvenirs. Mickey and Minnie Mouse especially. 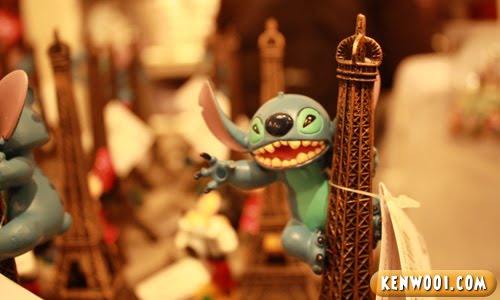 The day passed by pretty quick, and then we decided to head back. But unfortunately, something unexpected happened. Really made us quite worried and frustrated.

But I’ll keep that for another entry. 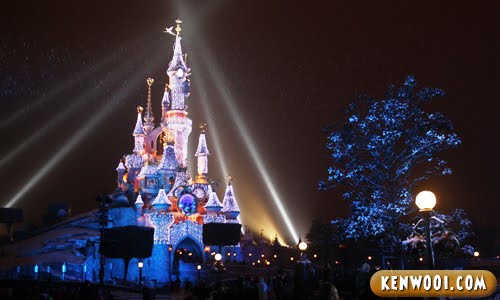 One thing amazing about Disneyland is its night view of the Sleeping Beauty castle. Really a WOW factor!

So that’s all about Disneyland in Paris. Hope you enjoyed reading. =)

90 thoughts on “My First Visit to Disneyland Paris”