Being in La Défense won’t give you the typical Paris feel. 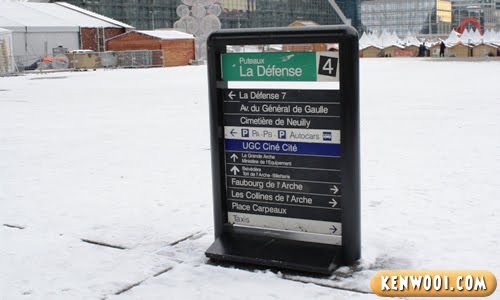 Instead, it’s a well-developed area located north-west of central Paris. According to the brochure, it’s known as the largest office complex in Europe.

Before I continue, here’s a French lesson by kenwooi.com. La Défense isn’t literally pronounced as La Defense. The correct one is actually La Defrance, or Defrank, Defrunk. Something like that lah. =/ 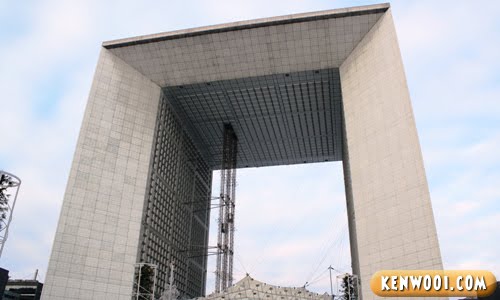 This modern-looking area was transformed in 1989 by the addition of the prominent La Grande Arche, which is a huge hollow cube – large enough to contain Notre-Dame cathedral.

I went “Wow” when I saw it with my very own eyes. Magnificent! 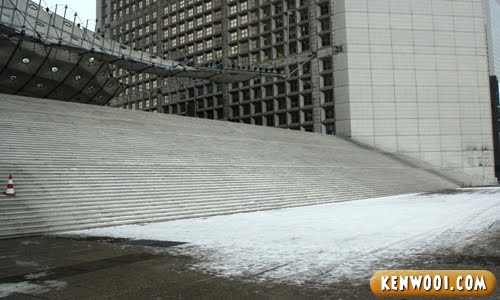 These are the steps leading up to the ground platform of the arch. 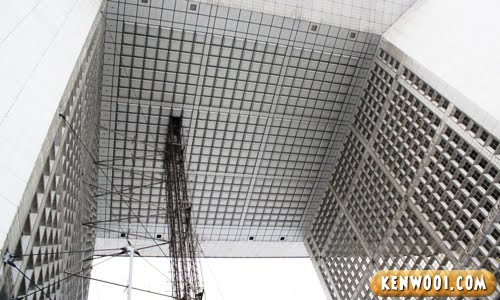 The arch houses a gallery and provides a good view over the city. For your information, the vertical metal bars in the middle of the hollow are elevator carrier.

But I didn’t go up this one, I went up Eiffel Tower instead – which is better worth paying for. 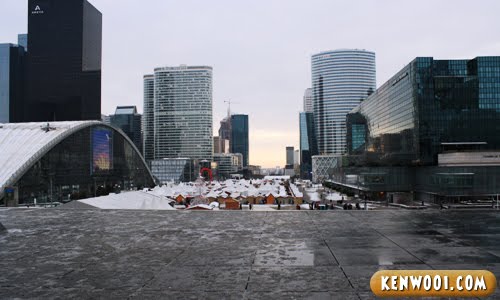 And here’s the view towards La Défense from the platfrom. If you’re able to see properly, the Arc de Triomphe can be seen far away in the middle of the picture.

Or maybe not. I can definitely see it from my full-size picture! 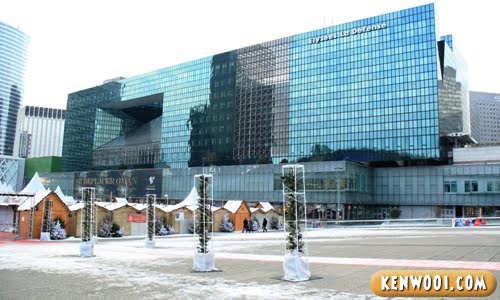 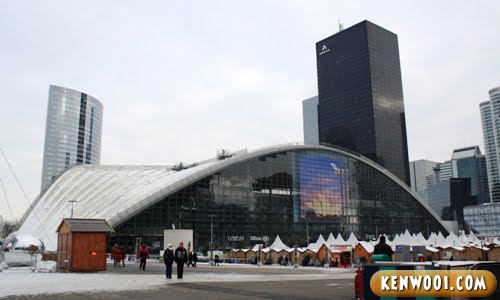 The Center of New Industries and Technologies, or CNIT, is one of the first buildings to ever be constructed in this area. Nicely shaped structure, very unique.

Besides that, there’s Le Dome as well. The only ball-looking structure around La Défense. 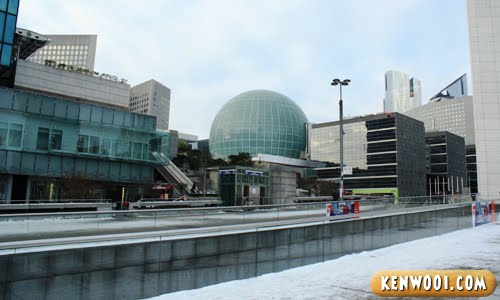 Since it was so cold outside (remember it was Winter season and spot the snow?), I went into Le Dome. Interestingly, I discovered some amusing stuff. 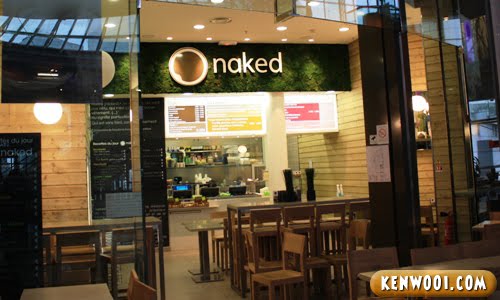 Maybe it doesn’t sound wrong to the French, since they love nudity, but it definitely sounds wrong to me! Maybe got naked waitresses serving the customers? You wished!

I didn’t dine there though. I’m a good boy. 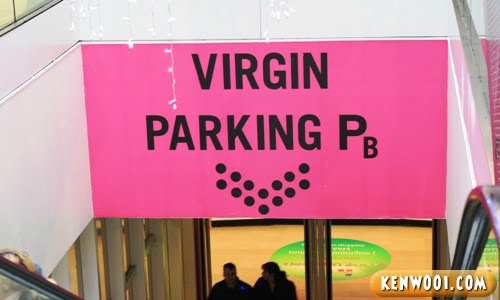 Also, Virgin Parking. I guess this parking space isn’t so virgin anymore since it has already been “intruded”, “parked” and “left” by so many men, and women as well.

I wonder is there any parking called Whore Parking. Hmm…

Anyway, here’s another view across the place at the top of Le Dome. 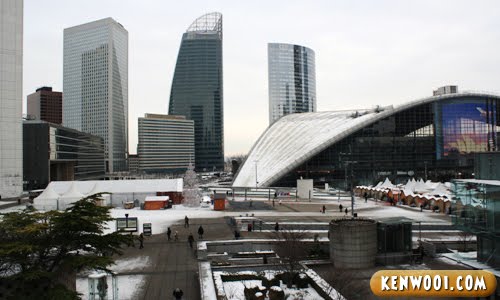 Not that high but it’s really a nice cooling view from there.

Here’s my suggestion, give La Défense a visit if you have already explored enough of the old-preserved heritage atmosphere in central Paris. 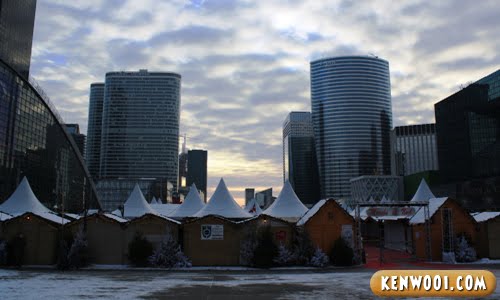 After all, seeing more is always exciting and fun. =)

60 thoughts on “The Modern Area in Paris: La Défense”