When I was in London, I managed to visit the famous Emirates Stadium – which is Arsenal’s stadium. 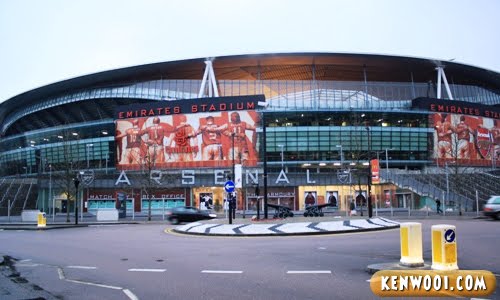 Unfortunately, my friends and I were late and it was already closed.

Nevertheless, we spent some time outside the stadium, looked at its outer architecture and took photos as well. 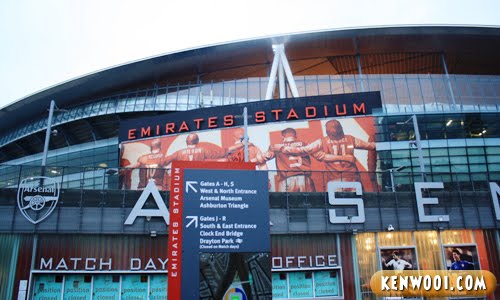 It’s huge and grand, to be exact. Totally reflects one of the top football teams in England. 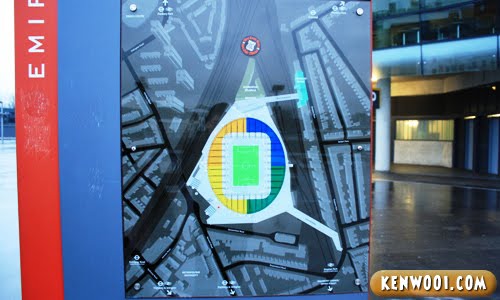 One of the signboards with the geographical layout of the stadium on both inside and outside. 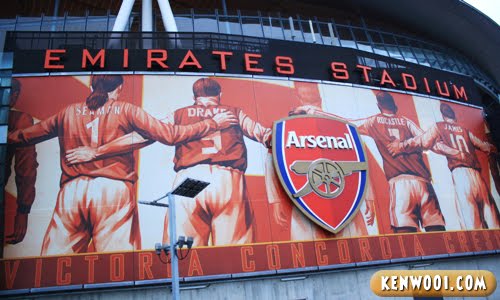 There’s an illustration of probably the best players ever in Arsenal – coz I don’t see any of the latest players’ name up there. Maybe one day Cesc Fàbregas’ name will be there. My friend Yeong Boon couldn’t resist taking a photo at Arsenal’s stadium with a gift bag from Chelsea he got from visiting Stamford Bridge earlier.

Luckily no eggs were thrown at us. =P 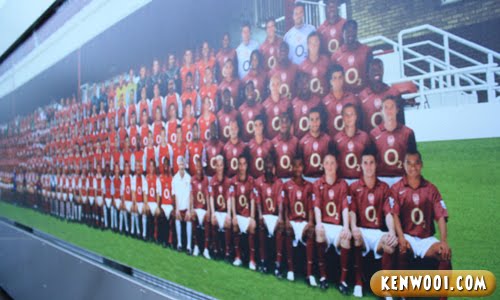 Then there’s a long board with players from the past generations till the recent one. Really cool idea. 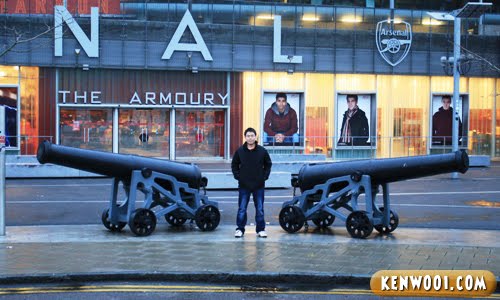 There are two cannons located in front of the stadium. They’re certainly iconic symbols for Arsenal. Just look at their crest.

Got cannon wei… don’t play play! Can boom you die, you know! 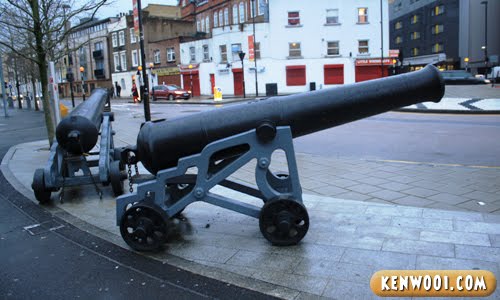 Here’s an up-close photo of these magnificent cannons. 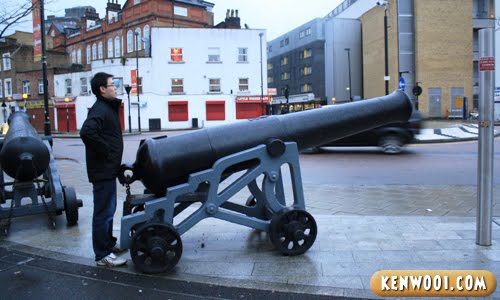 A photo of me and my huge cannon! Awesome right? ;)