If you’ve been following my Twitter, you would have known that I won myself invitations to Caught in The Middle Part IV at PJ Laugh Fest. 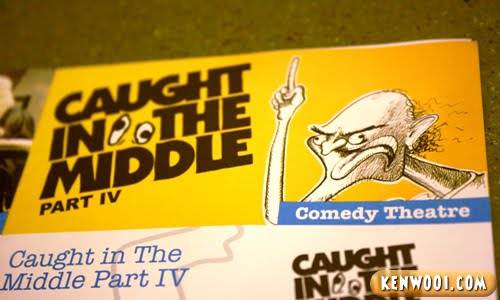 In case you’re wondering what’s that, it’s a comedy act. Jaya One is the venue.

How did I get the invites? Well, I submitted a joke (the Sending Postcards conversation to be exact) on Nuffnang’s blog entry and surprisingly, I got it. 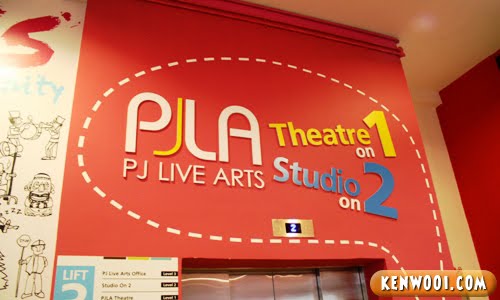 Since I was invited, I went all the way to KL to watch it. Oh yeah, this was my first time attending an event collaborated with Nuffnang.

So, I was kinda excited to meet some bloggers, but when I reached the ticket-collection counter – I didn’t recognized most of the people, except for Nuffnang’s Public Relation Xin Xian aka Fresh. 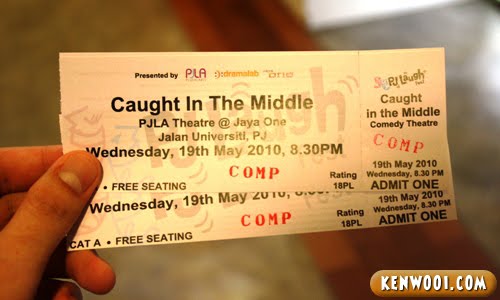 Besides that, Blabberina from CacaMarba Me approached me earlier while I was at Wendy’s. Nice meeting her! 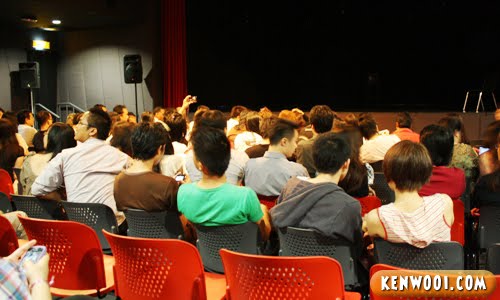 Anyway, these were half of the audience (bloggers I assume) sitting in front. Honestly, I didn’t recognized almost everyone, so… I guess they didn’t recognize me too? I thought I could have personally met more bloggers. =/

Another Nuffnang personnel I met was David Wong. 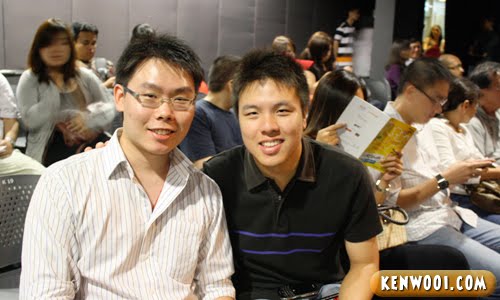 He was sitting beside me during the show.

During the interval, I managed to catch up with Adrian (from adrianleong.com) real life, no more on-line. A cool magician. 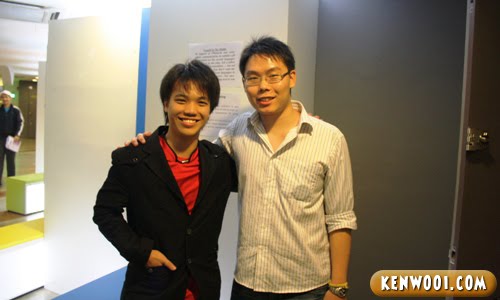 Well, the whole comedy show was pretty lengthy. It started at 8.40pm and ended 11pm-plus, with 20 minutes interval in between. Totaling up to 2 hours-plus.

If I’m not wrong, comedy shows should be short and sweet – presenting the best hilarious points and end it with a BANG! Right? 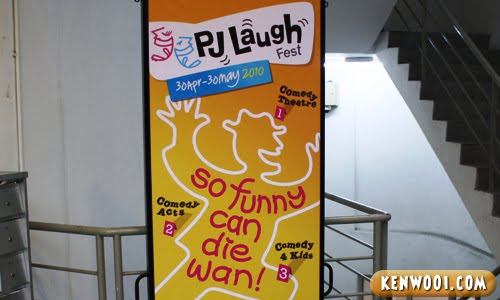 But perhaps it’s a different thing. So, are they sure that it’s “So Funny Can Die Wan!”? I don’t think so.

Oh yeah, I bumped into Aidi from aidi-safuan. I greeted him first and this was the conversation between us. 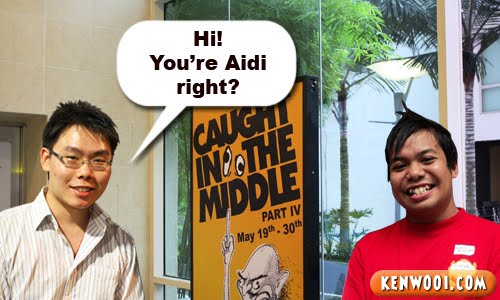 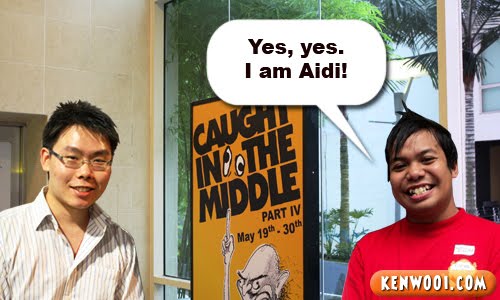 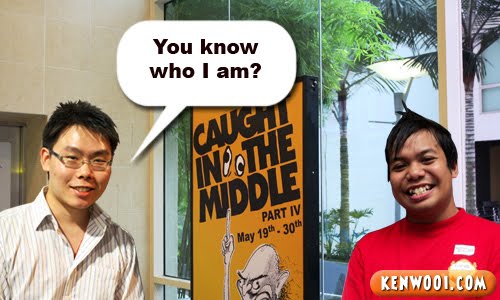 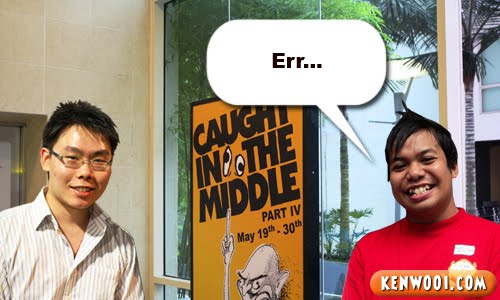 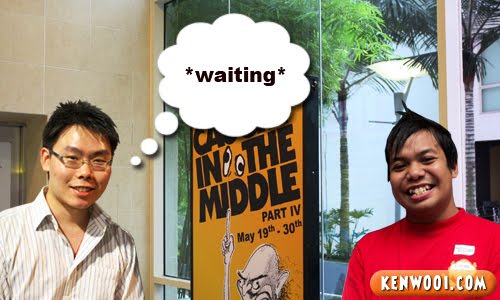 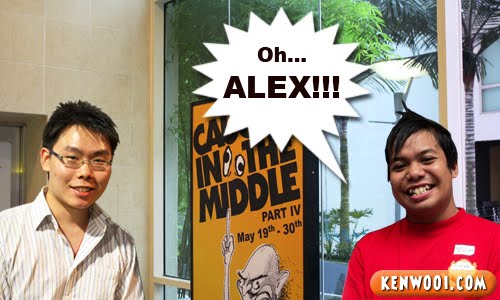 Everybody, I think I’m now Alex Wooi, no more Ken Wooi ya. =P