As what we witnessed a few days ago, China knocked Malaysia out from the Thomas Cup 2010 with a 3-0 victory.

Hence, I have done a tiny research on why Malaysia didn’t win China in the recent Thomas Cup 2010.

1) Malaysia depends greatly on Datuk Lee Chong Wei and doubles Koo Kien Keat-Tan Boon Heong to grab the vital first 2 points. And they hope to capture one point from the remaining 3 rounds. 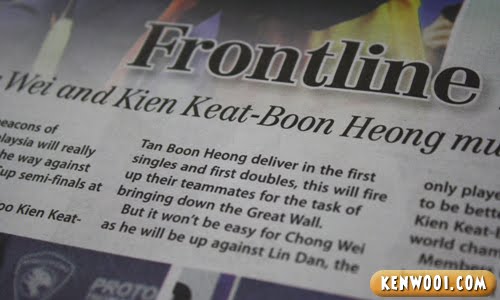 2) Malaysia’s badminton team has no Indian player and therefore the spirit of “1Malaysia” is not cultivated. 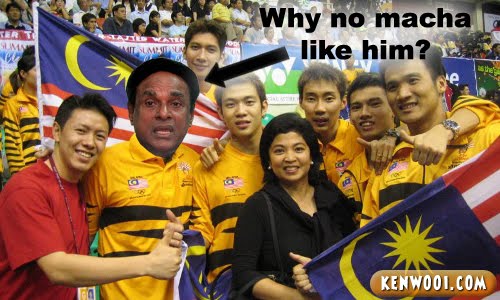 No Indian = Only Malay and Chinese = 1Malaysia not complete = 1Malaysia fail. In conclusion, the team needs an Indian macha to boost things up!

3) According to Victor Tan from Your.World.Pixelated, China team won somehow due to the recent release of influential Ip Man 2. 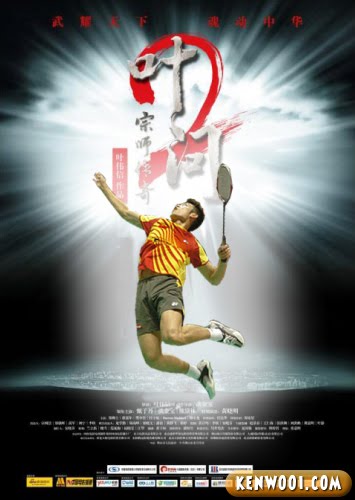 Yes, Ip Man is a Hong Kong movie. But since HK didn’t appear in this year’s tournament, I assume that the “power” has been secretly transferred to China and that’s why they performed Wing Chun badminton-cum-martial arts.

4) Malaysia has already implemented 1Hospital, 1Vision, 1RotiCanai and 1Utama, but it seems that 1Badminton has not been created. 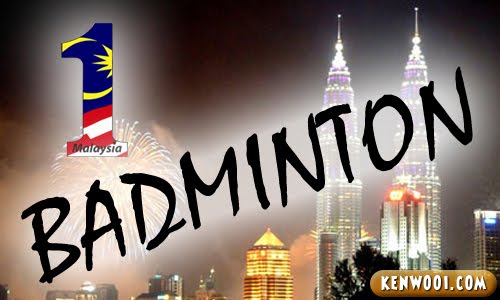 Since it’s a believe that the 1-concept is working well for Malaysia, I suggest that 1Badminton will make things better for the national badminton team. 1Badminton FTW!

5) While most Malaysians support Chong Wei to nick the 1st point for Malaysia, some Malaysian ladies (unfortunately) support Lin Dan discreetly. Why? 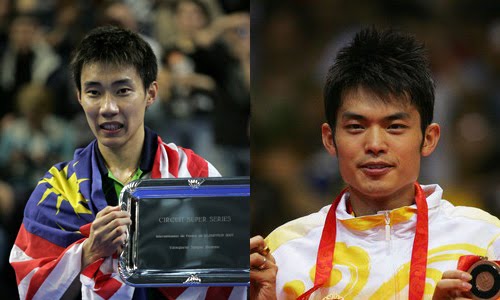 According to a non-existent poll on kenwooi.com, it seems that the girls dig Lin Dan more. Handsome always wins? (imagines girls screaming “YES!”)

Anyway, although Malaysia didn’t manage to win the title this year, I believe that the team has done their best. Congratulations, and thank you for the effort. =)