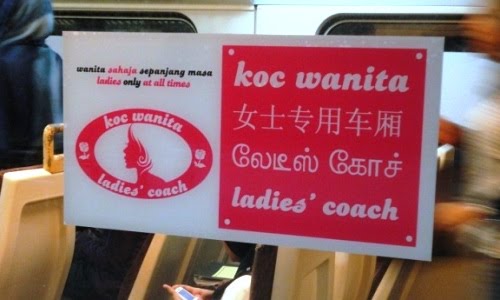 It has been good so far since the service started, and KTM received numerous of positive feedback from lady users. 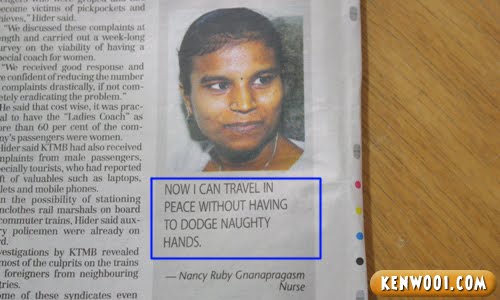 However, we don’t understand how could some hands be interested in her. Hmm…

Anyway, more reports have been received regarding sexual harassment – between ladies in the Ladies Coach this time. Therefore, KTM has initiated the action of adding a new special coach – specially for the ladies who are attracted to ladies, and it’s called “Lesbian Ladies’ Coach”. 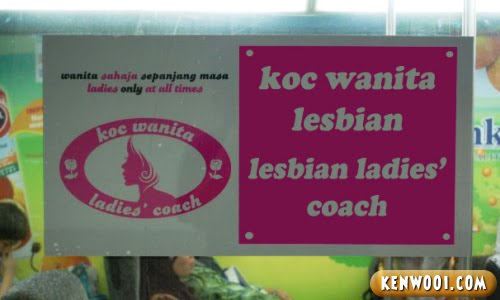 By doing so, it will further decrease the sexual harassment cases, he continued. 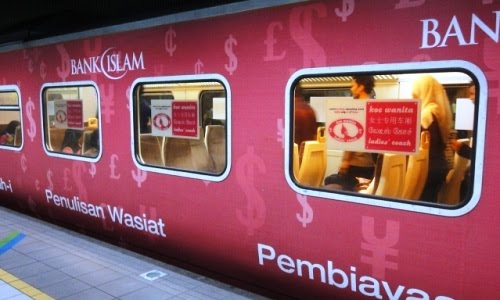 Even though the special ladies coaches are already in pink (to signify that it’s a female thing), some ignorant men continue to enter the ladies coach, and therefore another problem occurs.

In order to curb such matter, a better plan was proposed. Instead of extending advertisement contract with Bank Islam, KTM has landed a new contract with a Japanese fictional character – HELLO KITTY. 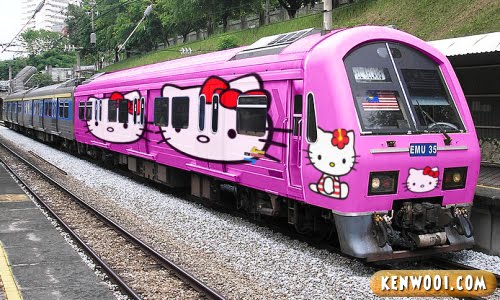 The motive of revamping its exterior design is to impose a more significant statement that pink coaches are strictly for ladies, as Hello Kitty is well-related to feminism.

Besides that, KTM Bhd acting online publicity manager Ken Wooi also mentioned that KTM has launched another ladies-related coach as well. Since there are many transgenders and she-male visiting Kuala Lumpur, the decision was made to open up another special coach – Tranny Ladies’ Coach! 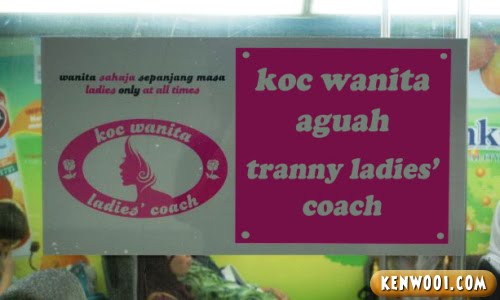 Ken Wooi believes that it’s important to ensure worry-free train travel for these special women as well. They are still considered ladies although they used to be a male in the past.

Hence, KTMB has made its way to the Malaysian Book of Records by being the first public transport provider to give special privileges to transgenders. 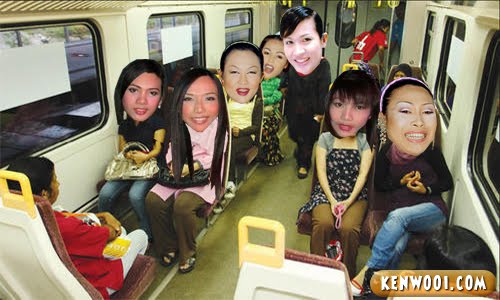 The first trial run between Hat Yai Thailand and Kuala Lumpur was successful and the transgendered travelers were happy and thankful that KTM is thoughtful enough to accommodate such service. 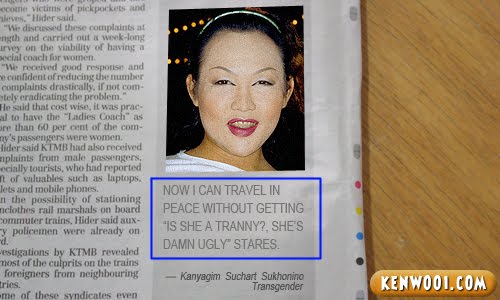 One of the transgender traveler, Kanyagim from Thailand, said she (or he?) is very pleased to stop receiving weird stares whenever she (he?) uses the KTM. Good job KTM, she stated.