In case some of you don’t know, Left 4 Dead (L4D) 2 is a famous zombie-shooting game. A team of 4 survivors is required to battle through hordes of zombies and make their way to safety.

Anyway, my 14 year old brother plays L4D2 (single player) at home and this is how he plays it. 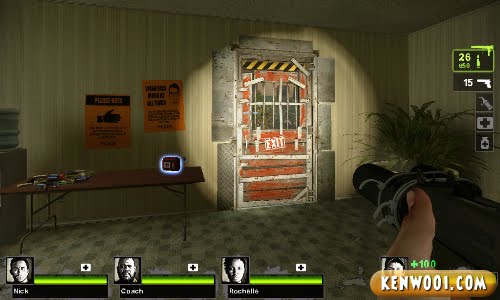 As the game starts, the team will be in the safe room. Then he heads to the door. 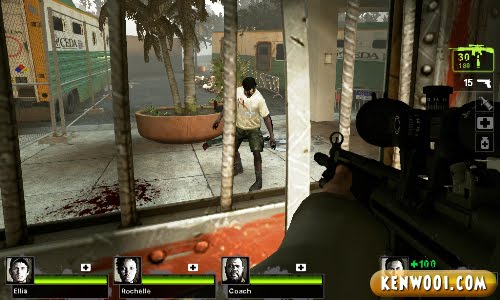 Instead of opening it and venture into the “zombieland”, he remains inside and shoots zombies through gap of the door’s metal grill.

He sees one zombie, he shoots. See another one, shoots.

After killing some zombies visible from the door, he aims his teammates. 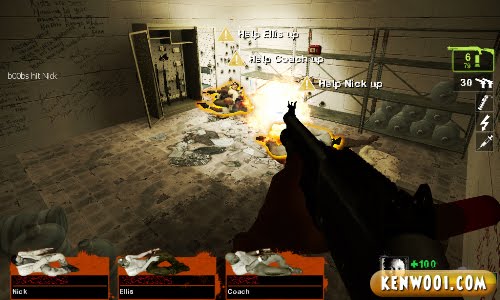 He shoots the living life out of his teammates, without mercy – leaving them dead on the floor, leaving his character the sole survivor. 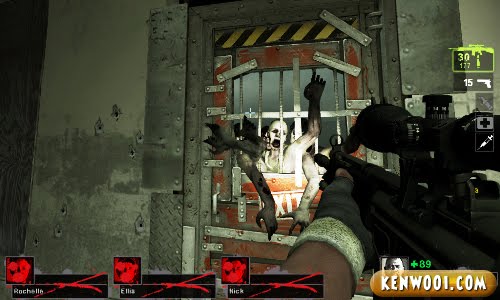 Then he continues to kill the other zombies that appear at the door from inside. Game ends (without actually starting).

If such apocalypse were to happen to the world, and my brother and I are still alive together, we’ll surely…