Mother’s Day was over the last weekend and instead of getting gifts for her, we brought her to a dinner. 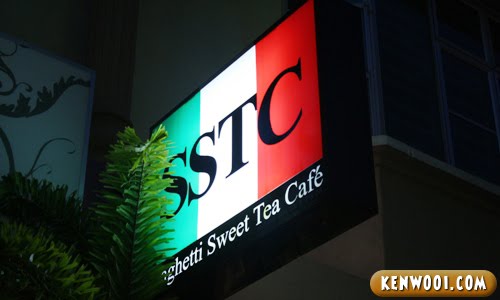 8 of us dined in Spaghetti Sweet Tea Cafe (SSTC), an Italian eatery at Ipoh Garden.

It was my first time being there and it was just a simple dinner. Nothing fancy at all. 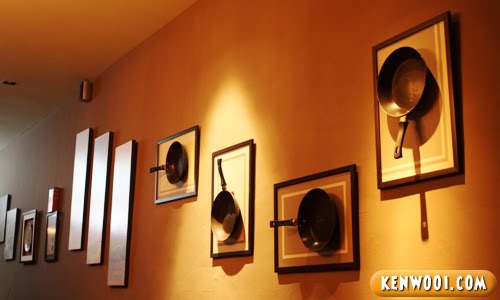 The interior design of the cafe is pretty classy and the decorations look interesting – I’ve never seen cooking pans hanging on the wall before. They have signatures on it, probably some endorsement signatures.

Okay, atmosphere – good! But once I look into their food menu. 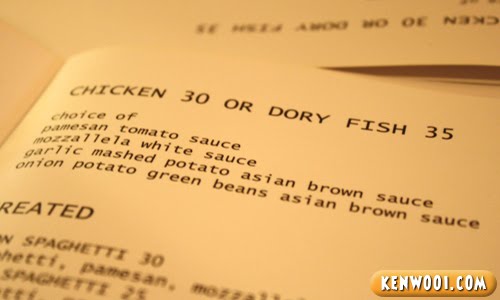 But since the table was already booked, we can’t just decide to eat somewhere else and walk off right? =/

So we took our time looking through the menu, and here are the food we ordered (and ate). 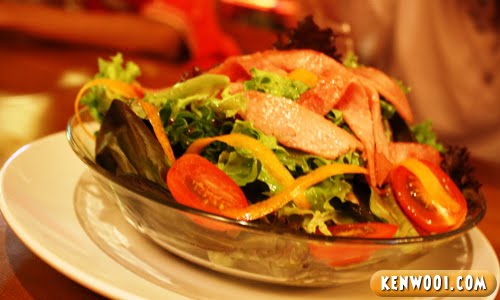 Started the meal by sharing a bowl of Sundried Tomato Salad with Turkey Ham – RM27. The bowl was kinda huge and luckily we didn’t order one for each. 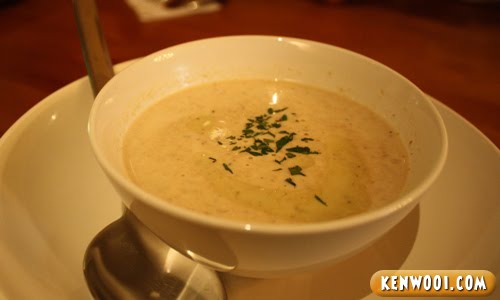 Another appetizer, Mushroom Soup – RM10. The mushroom taste is common but the texture is different from the ones we usually have in fast food restaurants (example, Pizza Hut).

Then, on to the main courses. 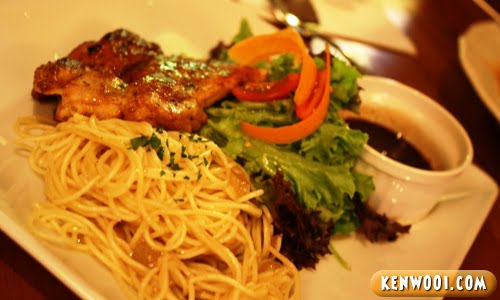 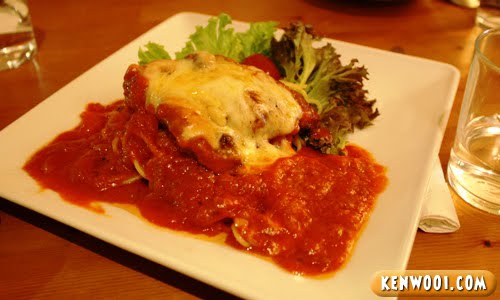 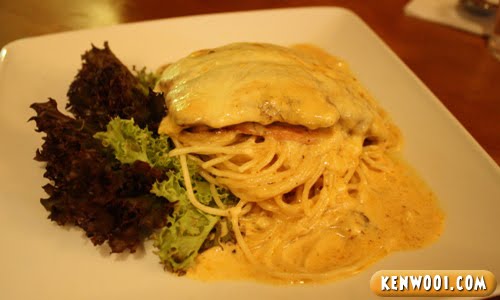 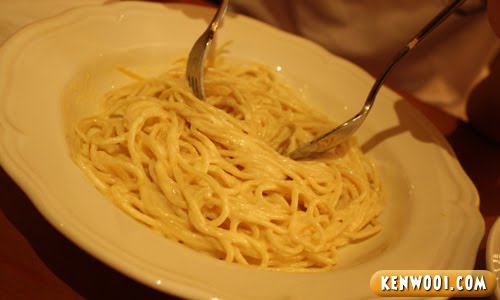 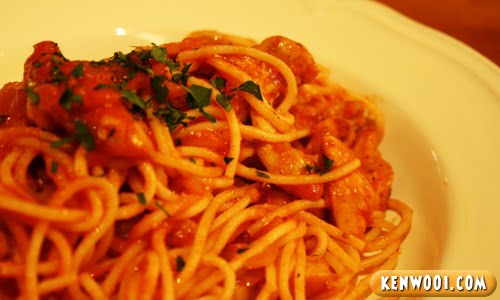 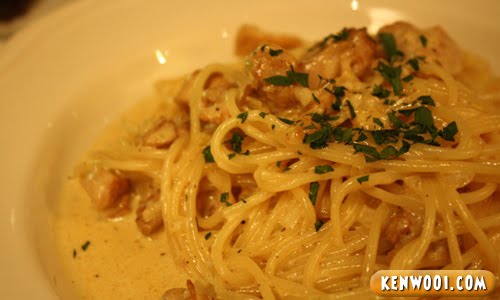 Spaghetti Chicken with with White sauce – RM25 too. 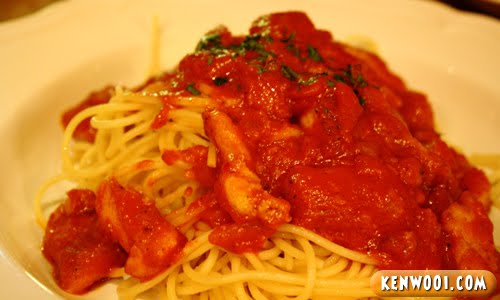 Okay, I bet everyone is already bored of all the repeating spaghetti photos. I can’t help it since they are dishes from a Spaghetti eatery right? =)

After that, for a quick dessert – we ended the night with a slice of Tiramisu cake. Guess how much is it? 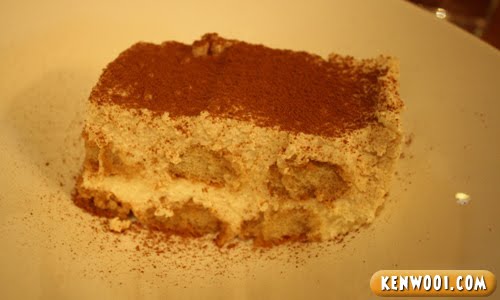 Yes, really. Just for this small piece of cake. But it does taste delicious.

Anyway, it was a good night I suppose, but it was “ruined” after we asked for the bill. 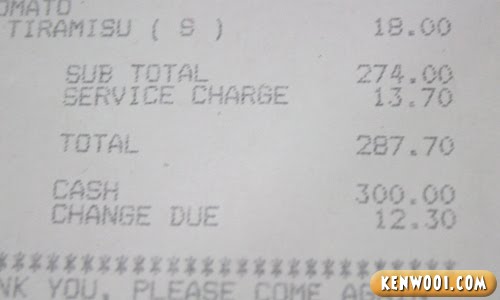 Wah! I guess Mother’s Day should be also called Money’s Day as well. =/