This is a double entry written in collaboration with Kelly from curryegg. While this entry is totally for the guys, curryegg’s is for the ladies – How To Distract Boyfriend from World Cup. Check it out ya! =)

So the World Cup 2010 is just around the corner. Every football lover would be preparing their “resources” (junk food and refreshments) for the matches.

But I collect stress balls from Tiger instead. Coz it’ll be lots of stress! 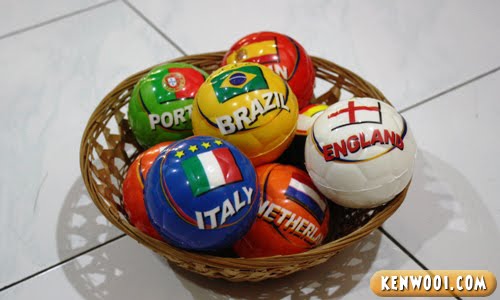 So everything is all set – but for the attached, the only thing (or person) that will most probably distract you from the World Cup frenzy is your girlfriend! That’s only if she has totally no interest in football lah. If your girl loves football, you’re a lucky dude!

This entry is dedicated to you unlucky dudes who want to glue yourself to the World Cup but your girlfriend wants you to glue to her instead.

1) If you’re watching the matches outside (at some mamak stall or friend’s place), tell her you’re out for an important business meeting. 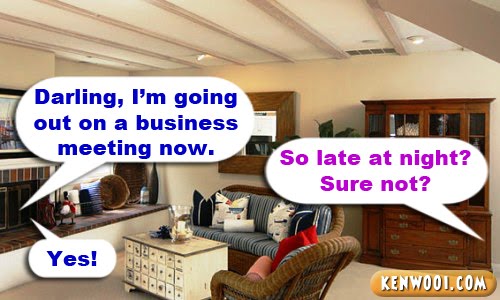 2) If she knows that it’s fake and insists on following you to your “business meeting” – and to avoid her from distracting you during the match – tell her David Beckham is playing! 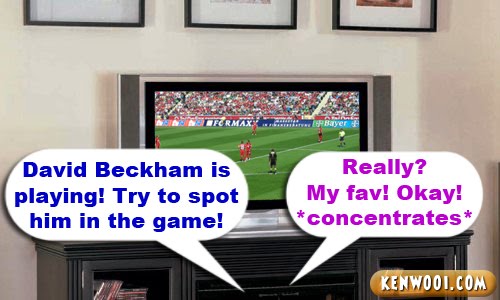 Yeah, we all know David Beckham is not playing (shhhhh, don’t tell her!) but he’s probably the reason why most ladies love watching football!

Then play a little game with her – ask her to spot David Beckham playing. (So she’ll concentrate on the match as well and not distract you)

3) However, if you’re watching it at home on your home theatre, suggest to hold a party. 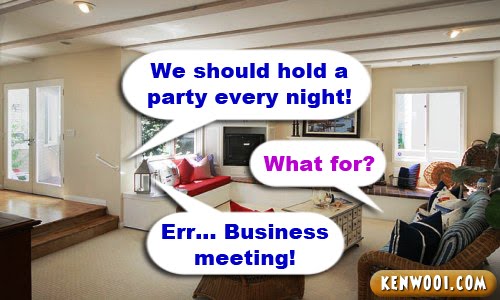 For a meeting-cum-gathering – for the fun of being together. Then you and the guys can watch football together while your girlfriend can talk/gossip/play/emo with the ladies.

4) Remember to buy another television (any size will do) for her. But keep it as a present first!

So in case during the house party – if she wants to watch her own show – tell her you have a gift for her. She’ll be so excited and you present the television. 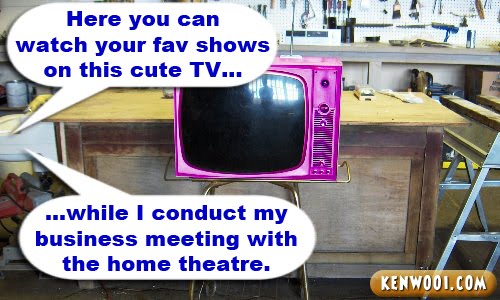 Alright, she might not be happy about that but tell her you’ll get back to her after the World Cup!

5) If all don’t work, the best way to avoid distraction is (okay this is definitely in favour of the ladies) to give her money! 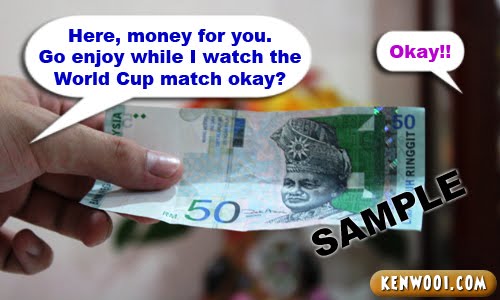 How much to give? I depends on how much you want her to be away. The more money, the more time for yourself and vice versa. It’s like buying time!

I bet your girlfriend won’t hesitate even a little!

Alright guys, your ladies might be mad at you by doing all these. But at the end of the day (after a match is finished), you can go to bed…

Take note: Only applicable to those couples staying together. 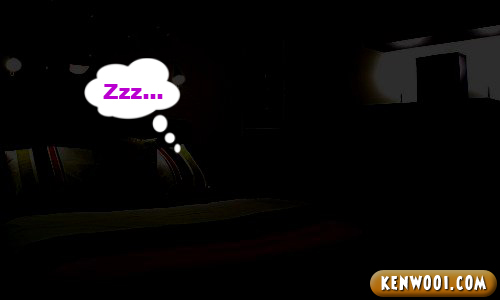 Assuming that she’s already sleeping – slip into the bed, cuddle her from the back… 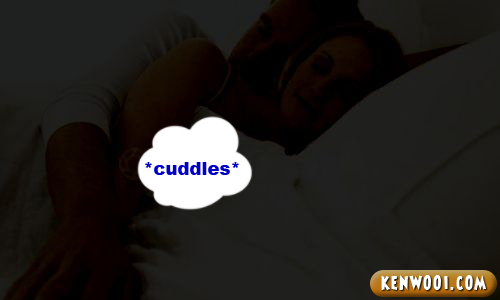 …and whisper into her ears.

Whisper the most wonderful feeling in the World… 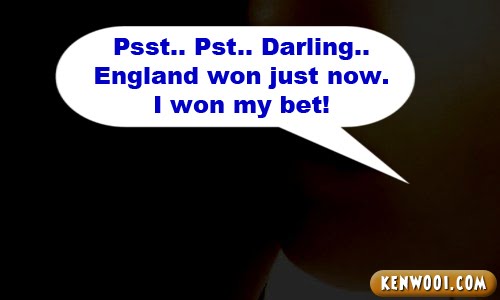 P/S: Guys, if you’re using these tricks, please don’t tell that you learned them from here! kenwooi.com will not be held responsible for any failed attempts alright. =)

Don’t forget to check out curryegg’s entry for the ladies!

94 thoughts on “Ways To Avoid GF Distraction during World Cup”