It’s a fact that Ipoh is famous for its limestone caves, and in this entry obviously gonna be about the Chinese temples built within the caves. 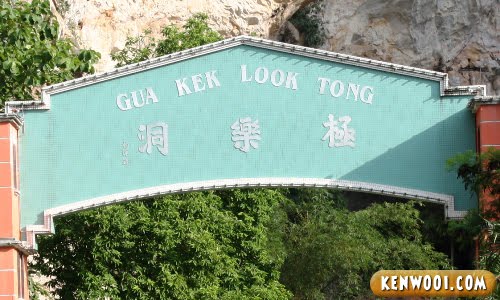 It has a clean, quiet and cool environment probably because it’s inside a housing area, at Gunung Rapat to be exact. Also, it’s well-known for the garden located at the other side of the hill.

Finding the place may be a challenge, but not to worry. Just follow the signboard directions. 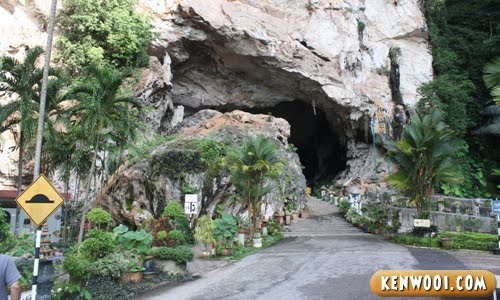 At the entrance, you’ll be greeted by the mouth of the cave. Inside the cave, it’s surrounded by stalactites and stalagmite formations, providing a peaceful prayer site for Buddhist devotees and general visitation for the public.

Entrance is free and to get to the other side, you’ll have to go through the cave. 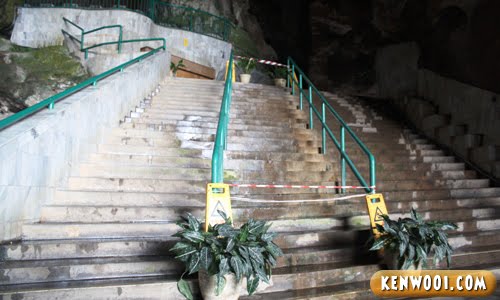 This is the stairs leading to The Garden. Was kinda wet when I was there. 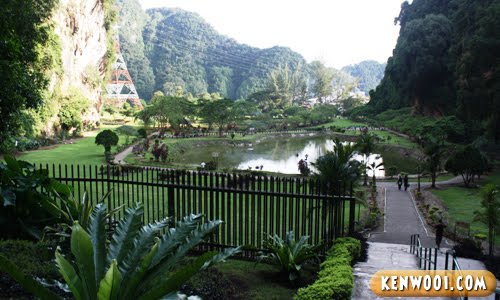 After a short walking distance, the “hidden” garden will be seen. 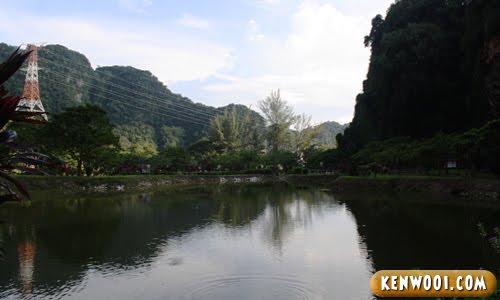 This garden is an award winning landscape which features one of the longest reflexology footpaths in Ipoh. 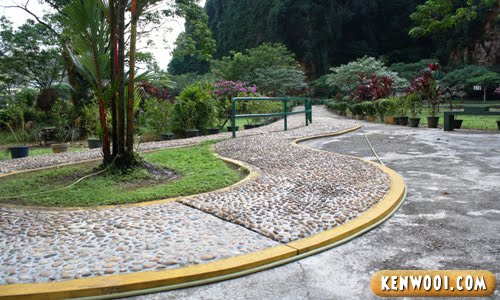 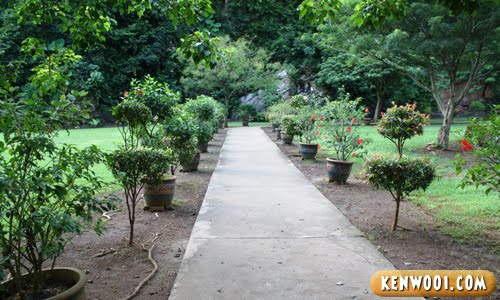 Basically it has one of the best scenic views in town. A must-visit if you’re dropping by Ipoh. 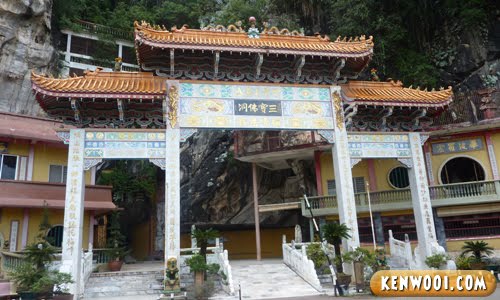 Discovered in 1912, it’s a Chinese Buddhist Temple within a natural limestone hill. Developed by the Buddhist community and it’s an international tourist attraction. 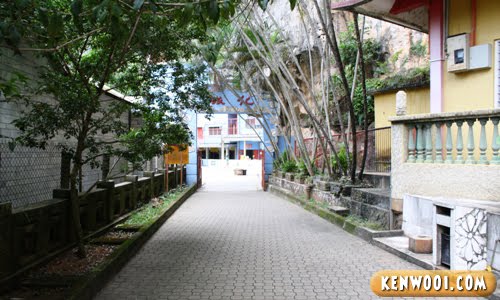 I come here every year for Cheng Beng – my grandparents’ ash remains are here. 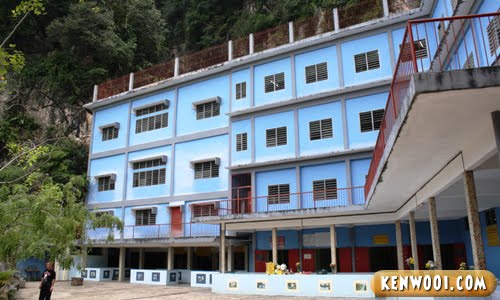 In this apartment-like building, which is built within the cave, is where the ashes are kept. They are kept in small cubicles with containers, usually pots. 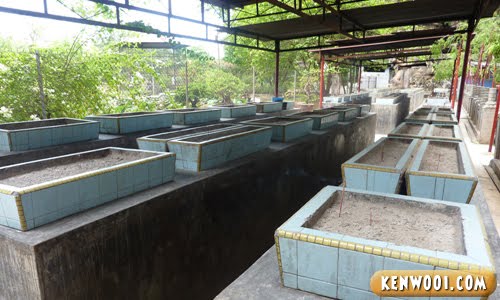 The joss sticks area. During Cheng Beng, this area is always covered with smoke and it hurts my eyes all the time! 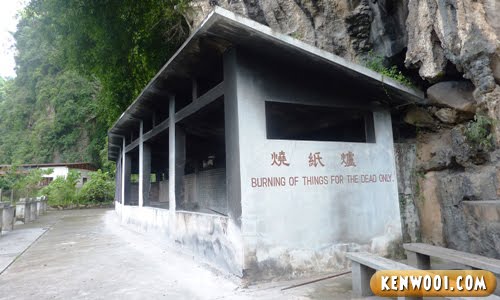 Pretty self-explanatory – people burn things that are “sent” to be deceased.

Another attraction is a beautiful pavilion and a landscaped garden with a fish pool, which was also awarded the “Best Landscaped Garden”. 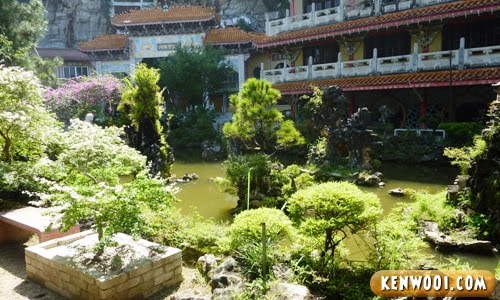 Other than that, a small pathway inside the cave leads to a small garden. 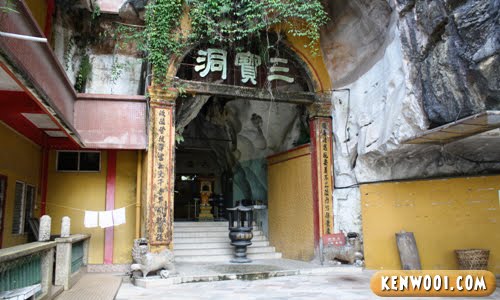 Visitors usually head to the garden when there’s no festival. 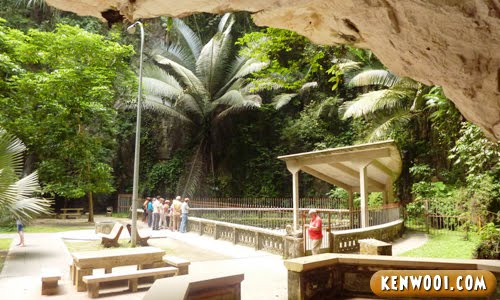 This is the view of the garden at the other end of the cave. The atmosphere is usually cool and quiet. 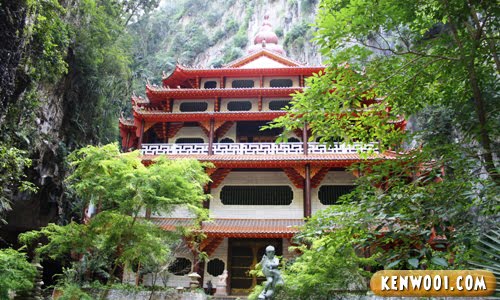 One of the shrine at the garden. And not forgetting, a tortoise pond. 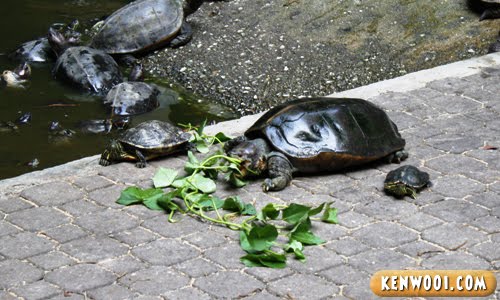 The pond used to have lots of tortoises back then, but now it has reduced recently. Feeding is allowed with the vegetable purchased at the entrance.

Lastly, the final featured cave temple is Ling Sen Tong, which is the first temple along the street towards Sam Poh Tong. 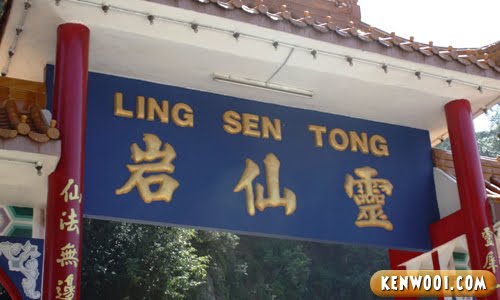 This temple is not as famous as the previous two but it’s definitely worth a short visit as well. 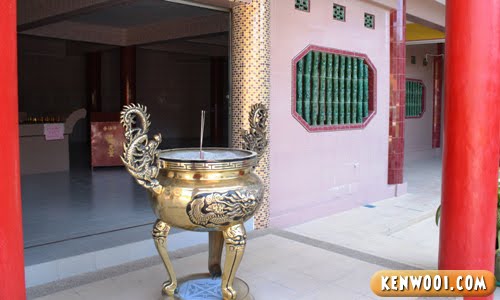 As usual, it’s a place for devotees to pray. And besides that, there are many statues of various gods and goddesses. 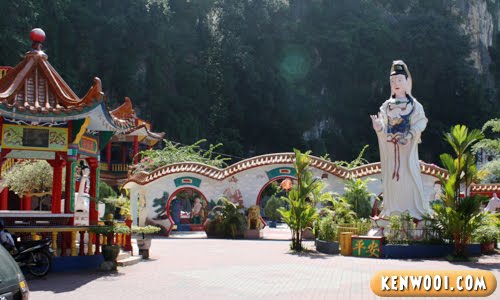 One notable statue is the prominent Kuan Yin, which is probably the tallest one around if I’m not mistaken. 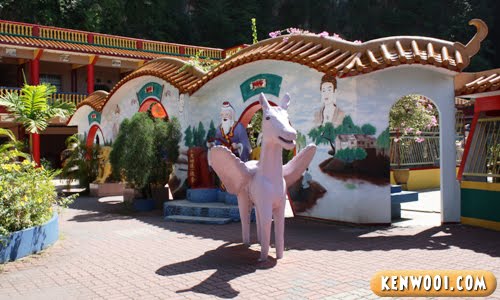 A pinkish horse with wings. 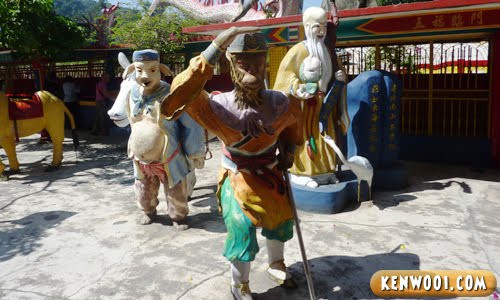 You might recognize them from a Chinese classic – Journey to the West. Sun Wukong and Zhu Bajie
in case you don’t know.

By the way, there’s a statue which is quite attractive. Surprisingly, this “god” statue looks very familiar. 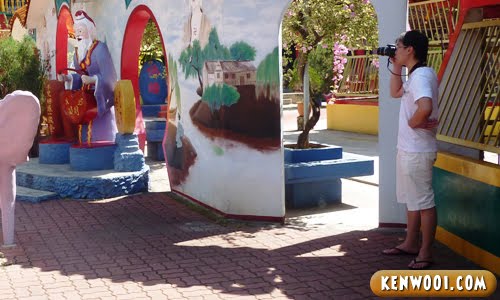 Oh wait, not a statue – he’s the blogger from kenwooi.com!