If you’ve been following my Twitter, you would have known that I was at Bukit Tinggi just recently. Colmar Tropicale to be exact. 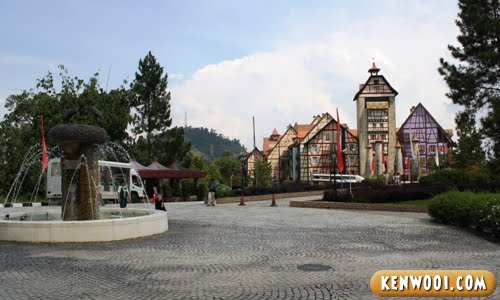 It’s a resort located 2,700 feet above sea level and is modeled after the actual Colmar Village in Alsace, France. 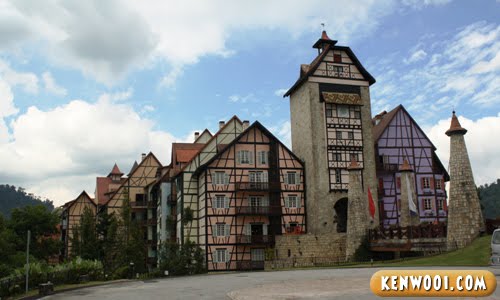 One of the features at the Colmar Square is the cuckoo clock tower, which was designed after Riquewihr Tower in Alsace. 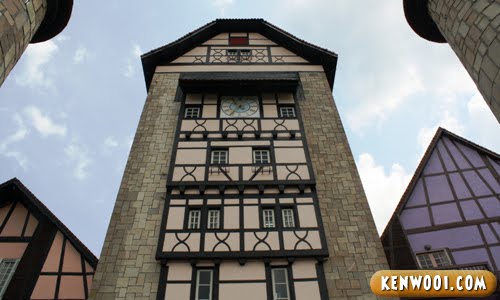 A good view of the Colmar Square can be seen from the viewing tower. 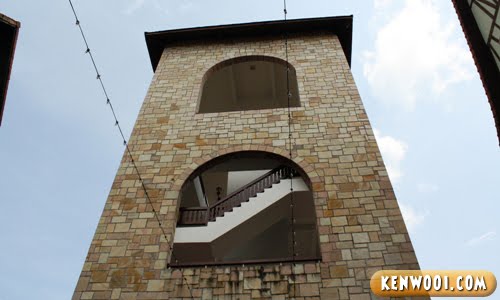 From the top, you’ll probably have the best view of the whole Colmar Square. Quite a view up there. 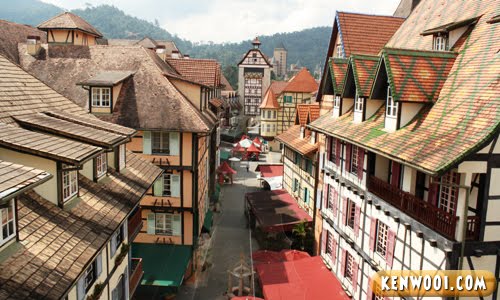 There are daily performances that take place at the Colmar Square, both during the day and night. 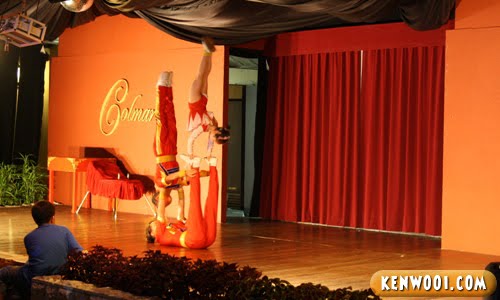 Anyway, to get to other Bukit Tinggi attractions, you’ll need to drive or simply take the shuttle bus for free. 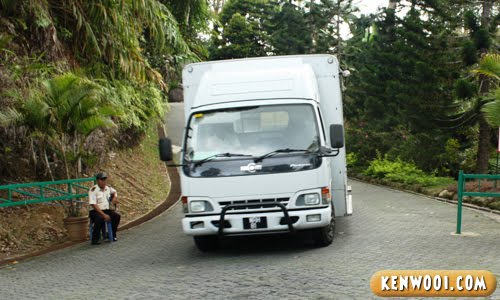 But… this is a lorry. Right?

Wait till you see the side view of it. 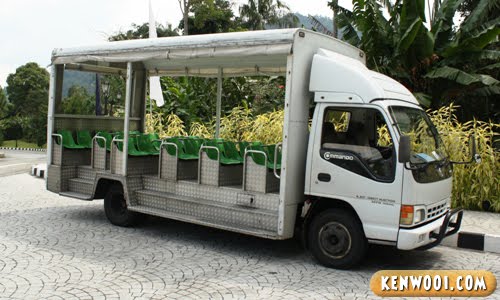 With the shuttle lorry bus, you can get to other places such as the Japanese Village, the Botanical Garden, the Rabbit Park and the Horse Trails. 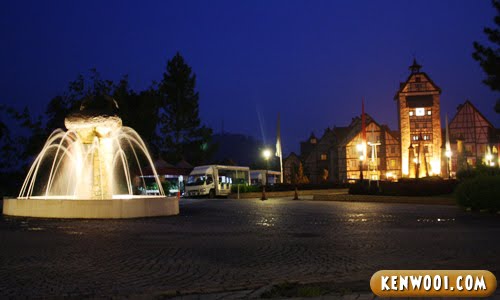 With the day view of Colmar Tropicale offering quite a beautiful scenery, the night view isn’t as attractive.

From the top of the viewing tower, here’s the night view of the Colmar Square from the same spot. 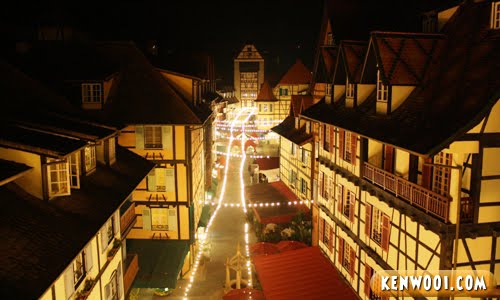 Looks a little dull to me – maybe because there wasn’t any special festival happening. 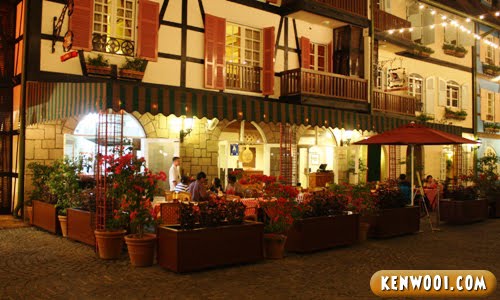 There are pastries from La Boulangerie – a French Bakery. 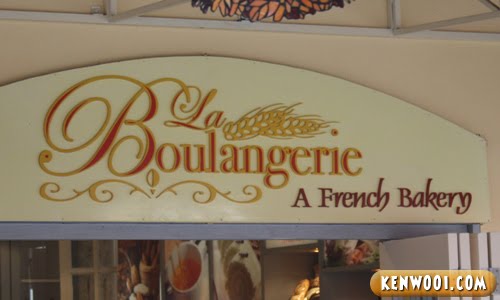 The selection of pastries is quite limited, with a minimum of RM5 per piece. 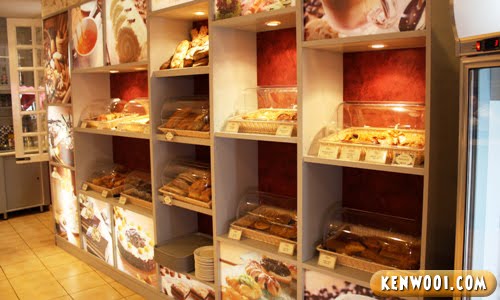 Anyway, there isn’t much to be done here at Colmar Tropicale besides taking photos and enjoying the scenery. 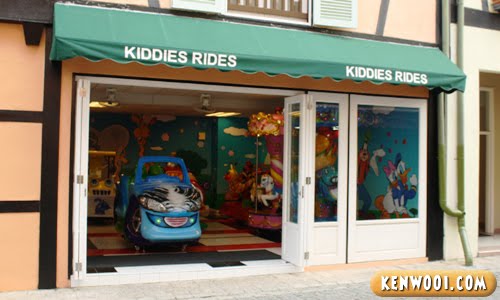 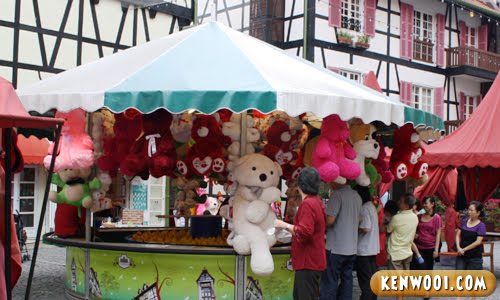 Game stations give kids an opportunity to win some toys, soft toys in particular. 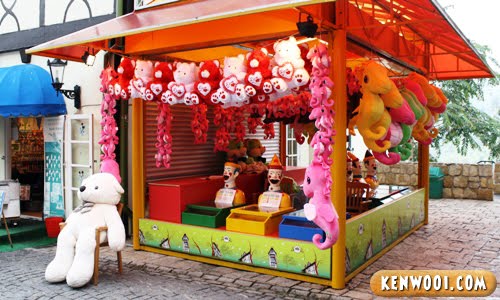 This game station has huge bears and seahorses, all waiting to be won.

To be honest, all these kiddo stuff are kinda boring to me – but this soft toy attracted me. I wanted it so much. 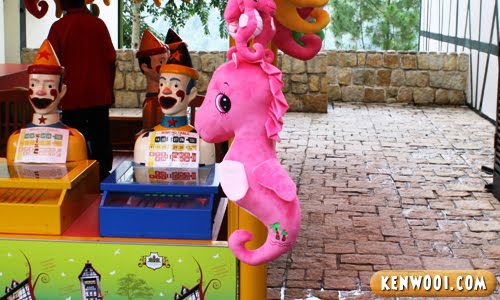 Yes, it’s this pinkish seahorse that somehow look like a unicorn. 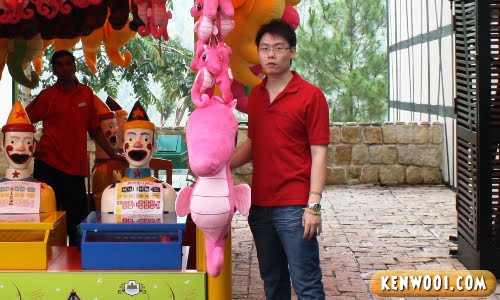 Look at that fluffy seahorse! 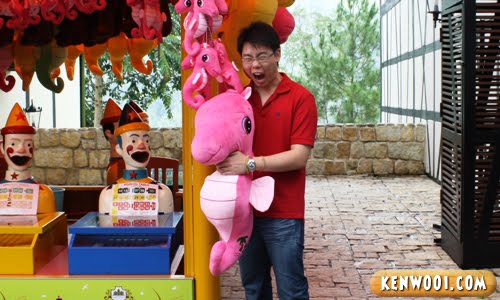