Firstly, this entry is not against the usage of plastic bags while shopping. 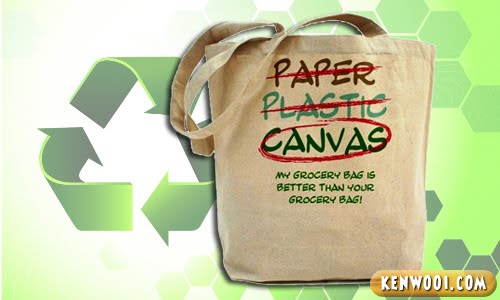 As we are well-aware of, the Go Green/Save the Plastic, Save the World/Recycling campaign is everywhere! But unfortunately, some prefer to ignore it, still demanding for plastic bags.

Yes, I agree that plastic is NOT the main problem – it’s the waste management that we should look into. 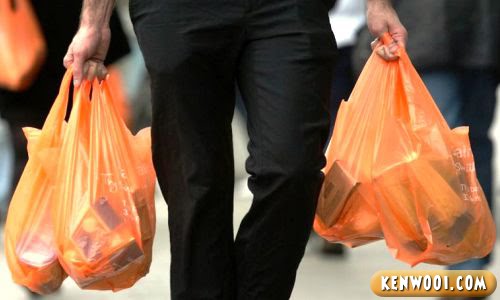 But since many don’t manage the excessive usage of plastic bags well, authorities have implemented the “Use Less Plastic Bags” campaign.

Frankly, if everyone is considerate enough, waste management can be done properly and there will be fewer pollution cases on Earth. 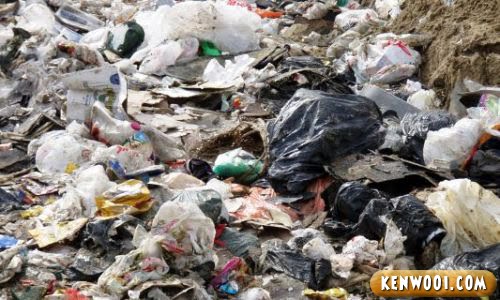 Now, my dad owns a mini market and I sometimes help at the cashier counter. As I’m well-aware of this predicament, I try my best to refuse giving plastic bags when it’s unnecessary.

But being in a place where there are many unaware elderly and ignorant adults, here are some amusing/lame/wicked excuses when requesting for plastic bags. 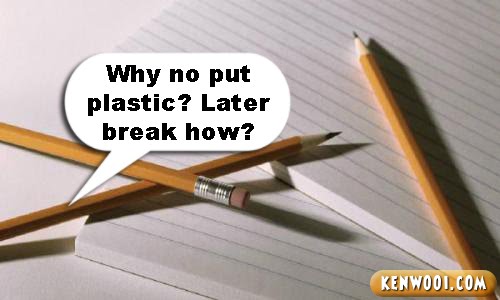 Yeah right aunty, the plastic bag can somehow stop your Arnold Schwarzenegger hands from breaking it. 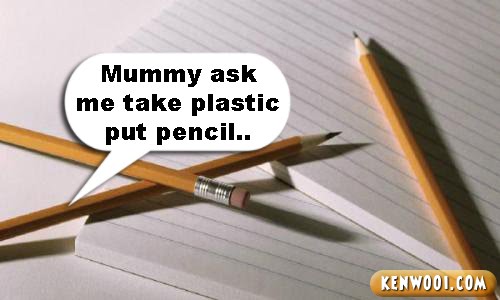 Your mummy is the best!

Scenario: ONE packet of bread. 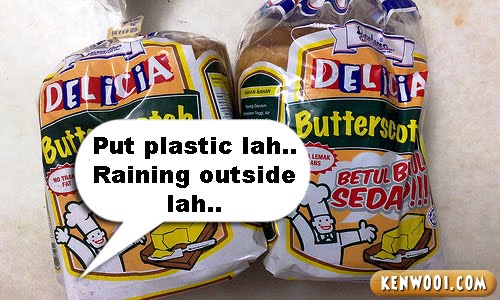 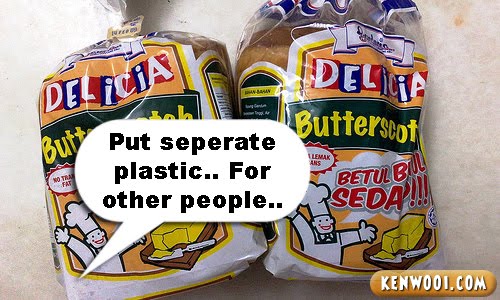 Actually I believe a packet of bread can be held easily without additional plastic bag. Don’t you think so? 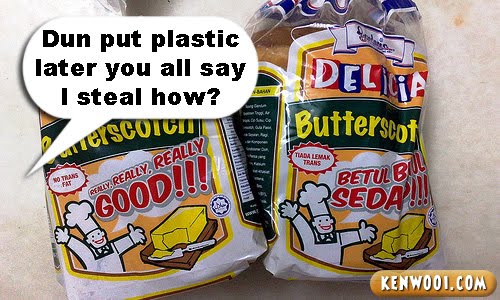 Haven’t you heard of a receipt? 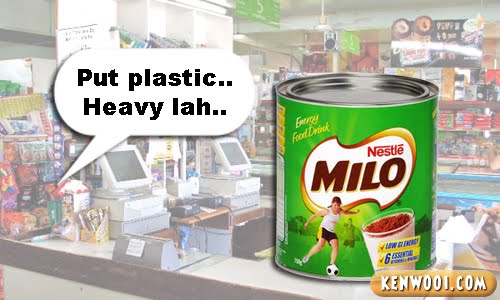 But sometimes, it’s understandable that a plastic bag makes it easier for the elderly to carry that heavy and huge Milo tin.

However after giving a plastic bag, some… 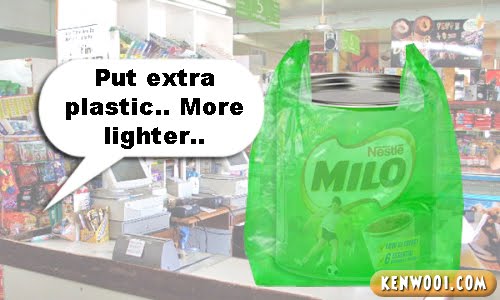 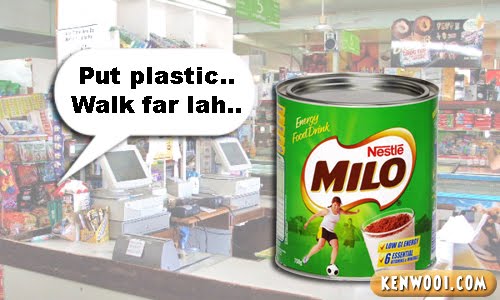 This was said by young adults who walked to the mini market. But if you have perfect hands and legs, is the plastic bag a need – or a want? 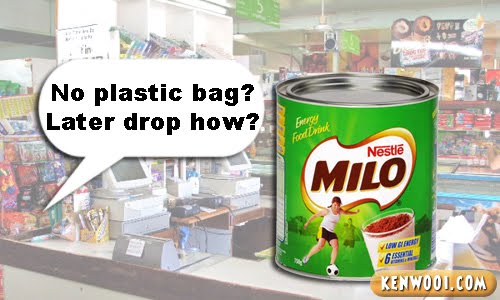 Implying that he’s clumsy and the plastic bag will solve the problem? Amusing and ridiculous.

Now this one happened recently. It’s a conversation with a man in his 40s. I already gave a thick plastic bag for ONE heavy item, but he asked for more… 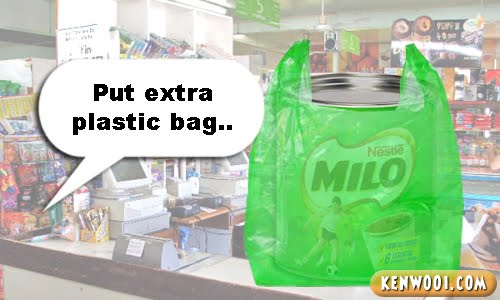 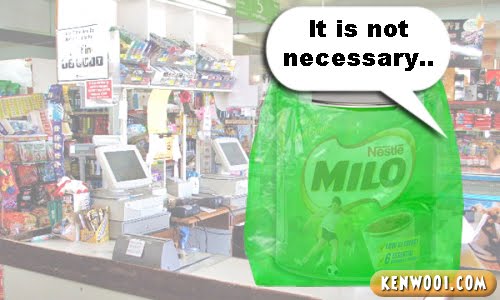 I gave you one already and you want double? It’s so not necessary. 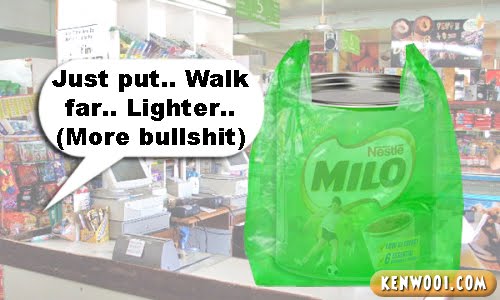 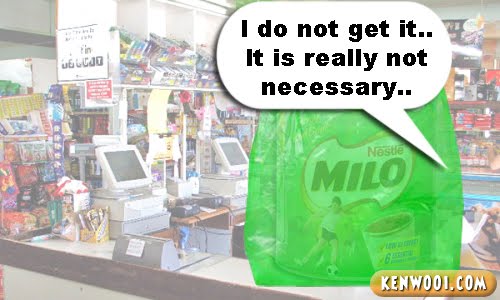 But he insisted, so I reluctantly gave another one – making it double! 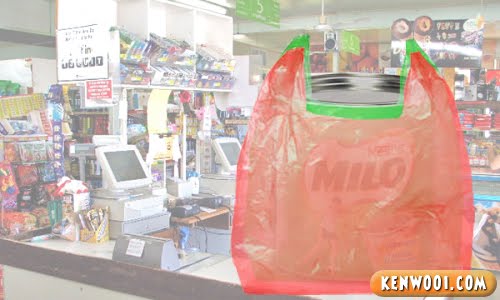 But he was displeased, saying I make so much noise. Eh, who’s the noisy sissy who complain that a 2kg Milo tin is heavy and need to walk far?

And as he walked out, he said. 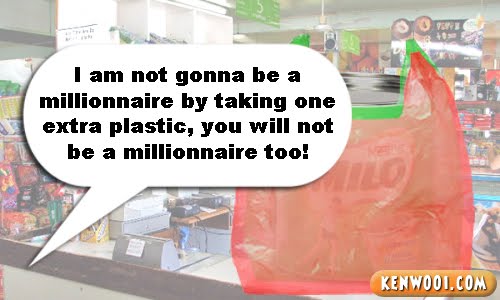 I was pretty pissed with his mentality but I kept my cool, and kept quiet.

Anyway, why want so many plastic?

It’s not like they’re gonna build a plastic pyramid with it. 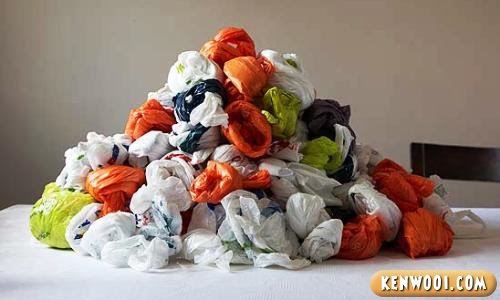 True absurd plastic stories. Believe it or not!

71 thoughts on “Lame Excuses to Get Plastic Bags”