Every now and then, we bump into people who approach others stating that they are doing charity, requesting for some donation.

But you wonder – whether it’s really for a charity or not. 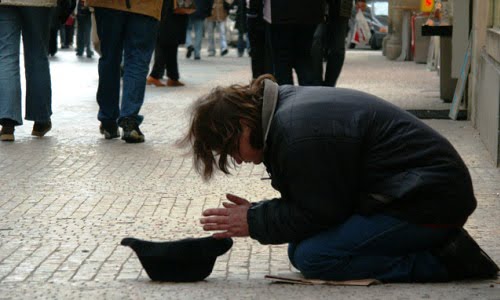 The common way of getting money without effort is begging – we see it almost everywhere. All they do is occupy the streets and hand out a bucket for passersby to throw in some change.

Another common way of getting money, with effort this time, is busking – or also known as street musicians. There are many in major European countries. 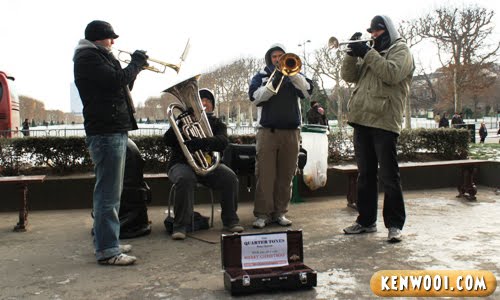 They entertain you with music and if passersby like it, they throw in some cash.

But here in Malaysia, when one claims to be working with a charity, it’s normal to wonder whether it’s legitimate or not. Because scams and fraud cases are happening everywhere. 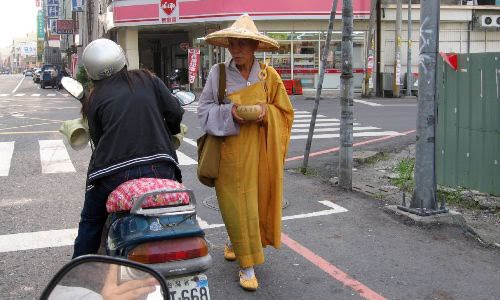 These days, even monks approach people stating that they’re collecting donations for their temple fund. Yeah, some are real – but at the same time, some are in monk disguise to cheat victims.

With so many charities nowadays, some well-dressed person can be requesting for donations as well. 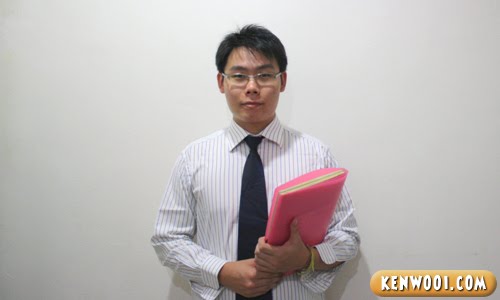 Just like this dude. But will you trust him that he’s telling the truth?

Therefore you usually show him the “talk to the hand” sign. 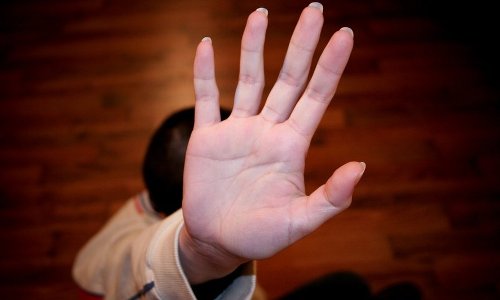 Anyway, I think anyone can be a “charity beggar” these days. It’s so simple – dress well, get photos and certifications of charity, approach people and talk cock!

I’ll show you an example. 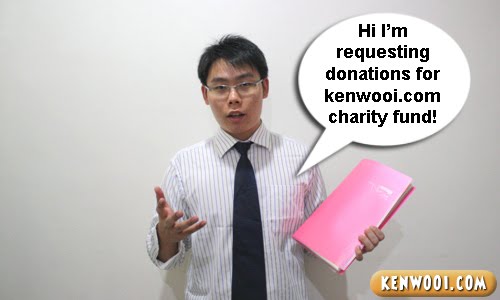 This dude is a “charity guy” for kenwooi.com charity fund. 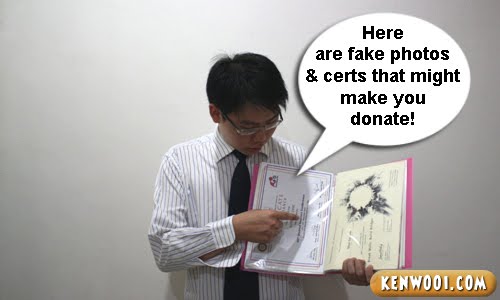 Present some fake photos of the orphan kids at the kenwooi.com charity home. 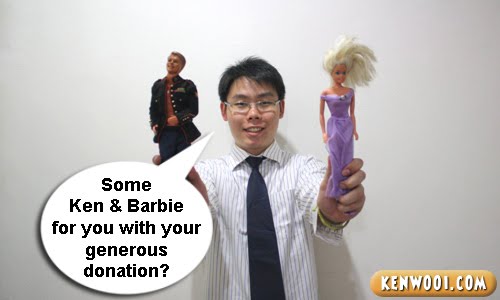 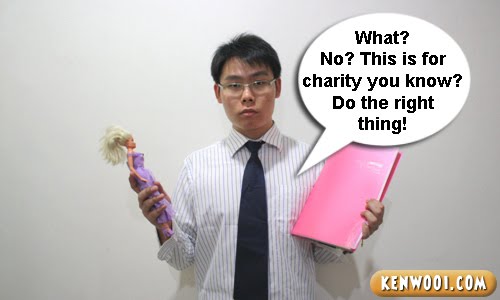 Yeah, you insist that you don’t wanna donate. 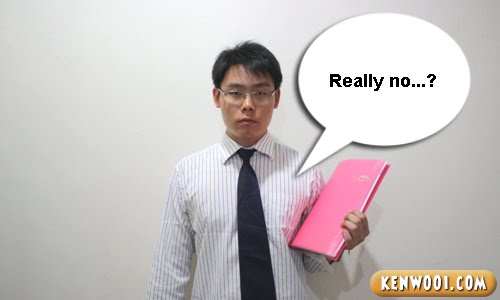 But this dude ain’t giving up. He really wants your money.

So he’s going to unleash his skills! 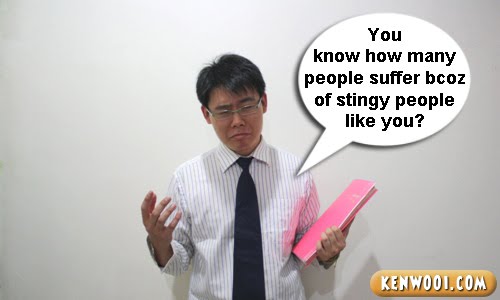 You keep ignoring him but he continues with his stories. 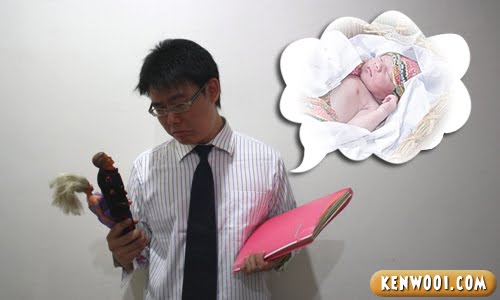 He tells you about abandoned babies that grew up without parents, stuck at kenwooi.com charity home because people are heartless. 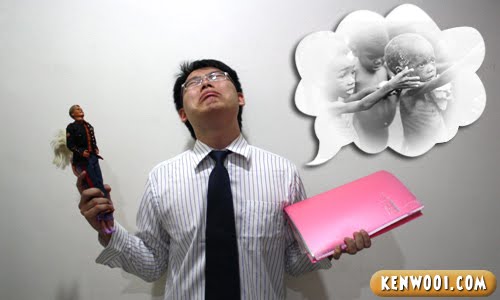 Then the poor kids at certain areas in Africa needing monetary aid for their welfare and survival. Your donation would be a stepping stone to more generosity from others.

And it ends with a… 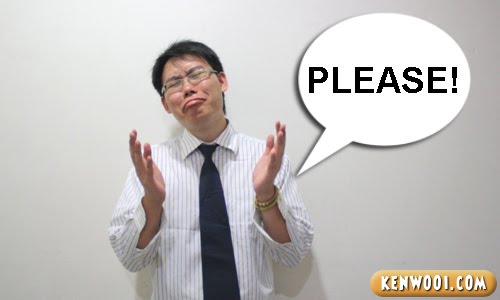 But… will you donate?

Yeah I knew it! You show the “talk-to-the-hand” sign.

Rejecting is stingy! But smart move!