Quite recently, the Royal Malaysia Force (PDRM) has launched a new media center and a new page on Facebook.

According to the Star Online, the media center – equipped with high-speed broadband computers for quick access to the Internet and response to queries – costs RM200,000. 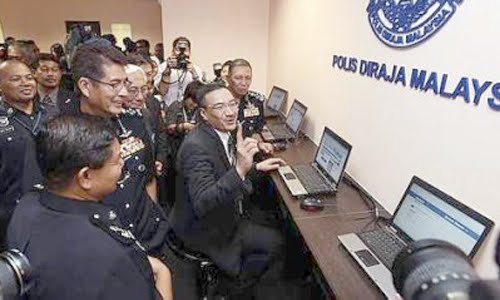 But… how come so expensive?

Let’s do some calculation here. Let’s say the best Internet broadband costs about RM200. I’m sure they didn’t build a new building, and Facebook is totally free! 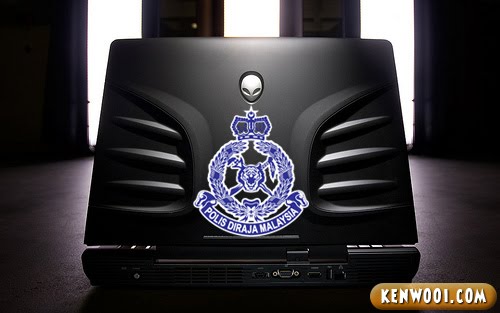 Don’t tell me they bought Alienware laptops just to play Facebook okay? That would be absurd!

Anyway, with people so addicted with Facebook and doing funny things on it, no wonder PDRM disabled the content-posting permission from people who “Like” their page.

Or else, I think something like this would happen on their Wall…

Crime reports done on Facebook instead of dialing 999. Amusing huh?

We Malaysians totally know what it means right? ;)

Besides that, “fans” would even upload photos related to PDRM as well – if the permission is allowed. For example… 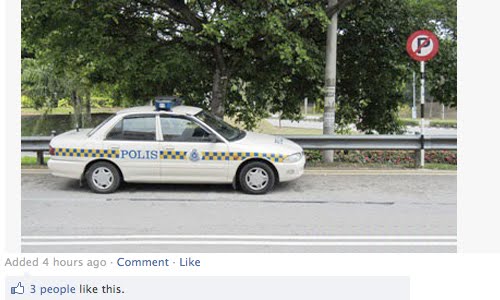 Despite all that, having PDRM on Facebook is definitely a good thing as it’s capable of reaching out to the ever-increasing Internet users, particularly on Facebook. 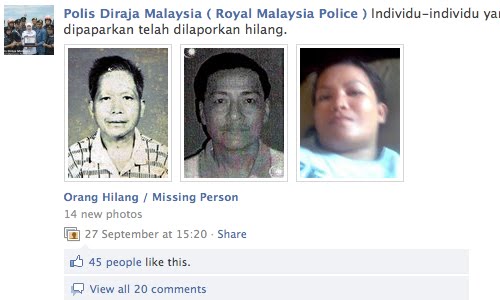 On their page, they even announce people that are reported missing – hoping that they can be found.

But as pathetic as Facebook users can be, this is how some people respond… 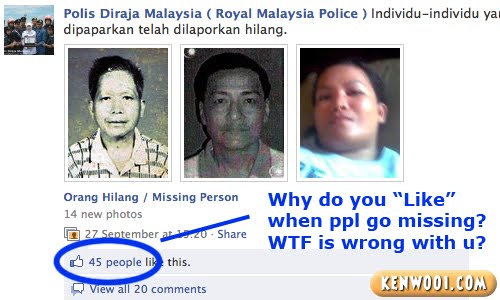 And this one, I don’t mean disrespect, but… 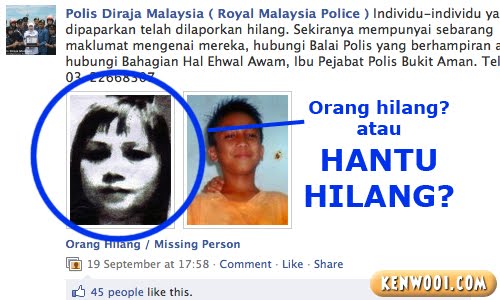 With that ghostly photo, how are we suppose to recognize her? They should at least have the initiative to put up a better photo right? =/

All in all, being on Facebook does being certain benefits to the police force, but I believe that Facebook is always dedicated for silly stuff.