Firstly, I’m not a fan of buffet meals. It’s pricey and I always force myself to eat as much as I can to make it worth. Also, it makes me fatter.

But recently I went for a buffet lunch at Nagomi Japanese Restaurant. 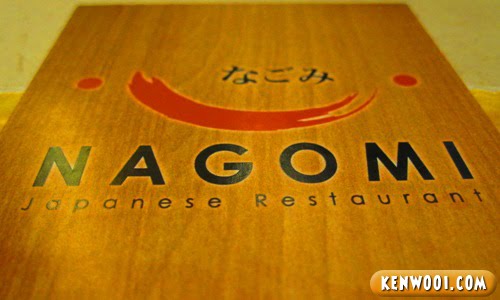 It was my first time there and the Hinagiku buffet lunch costs RM44 per person inclusive of taxes. Now, on to the food… 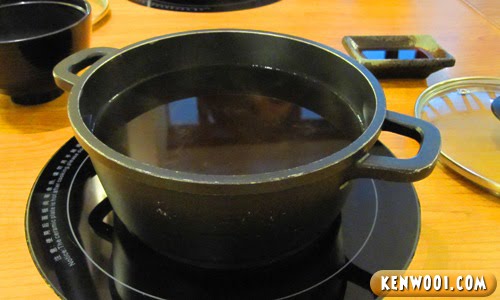 The choices of meat are Chicken, Duck and Australia Striploin (Beef). However, it’s limited to only 1 portion per person. Not so “buffet” eh? 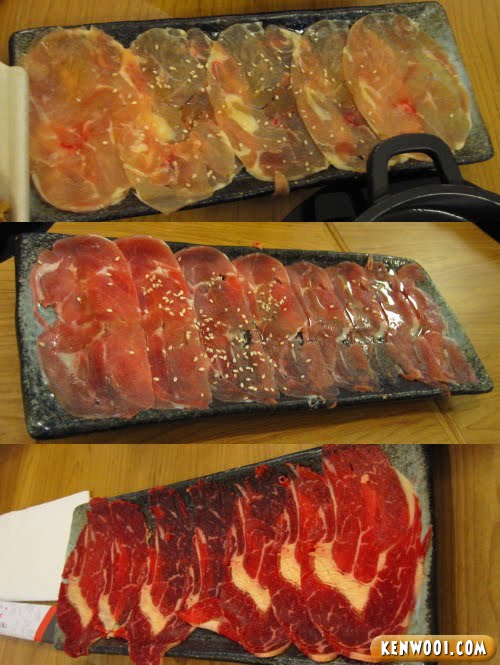 Besides that, the Shabu-Shabu comes with a plate of assorted vegetables. 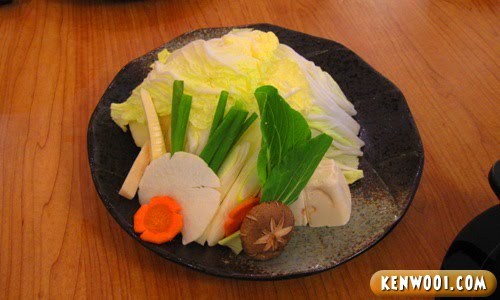 Personally, I think the main dish is just okay. Nothing so special about it.

Other than the main dish, there are side dishes as well. Here are some of the side dishes we had during the lunch. 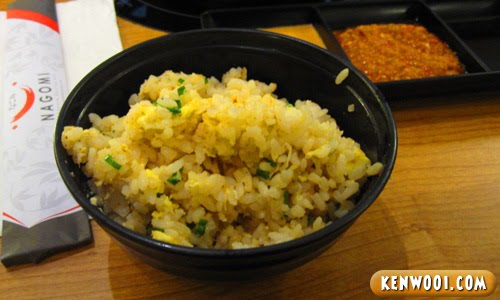 A small bowl of garlic fried rice that comes along with the other dishes. 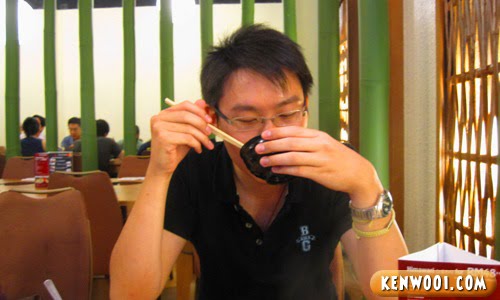 Since I was pretty hungry, I started eating whatever food served without thinking twice. Nom nom nom. 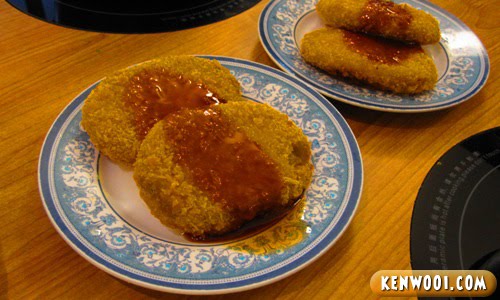 They look like hash browns but they’re actually made of pumpkins. 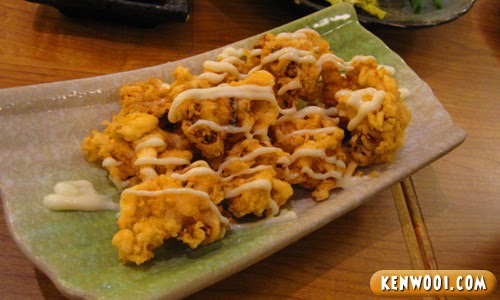 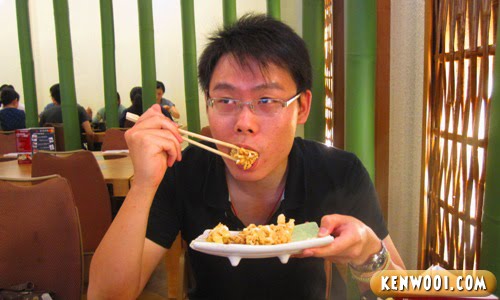 So I ordered a plate all for myself. Crunchy and yummy! 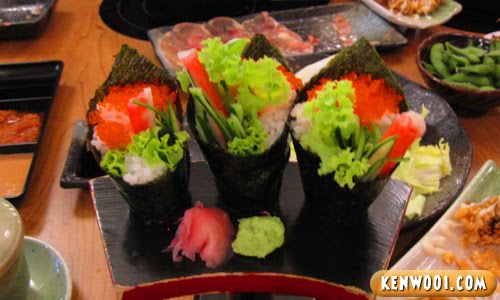 Also, we ordered the Temaki Handroll Sushi. Actually there’s a variety of handroll sushis but we only had the California handroll. 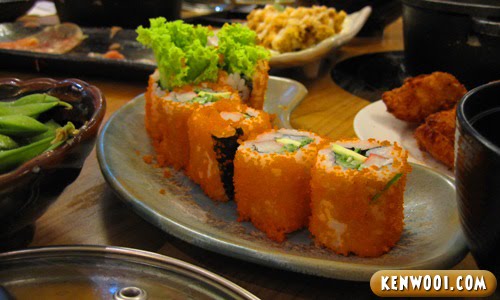 And some other normal sushi roll as well. 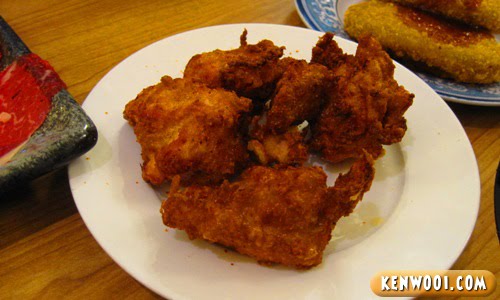 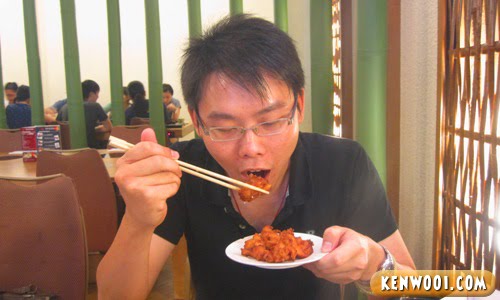 I got a plate for myself too! Just keep eating, nom nom nom! 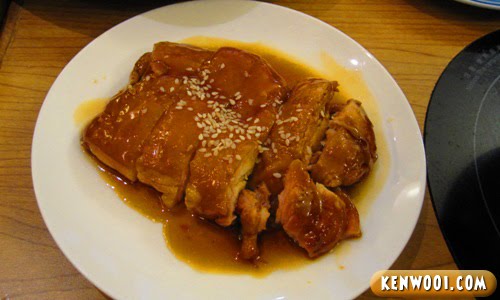 Next, the Chicken Teriyaki came a little late but I was still able to eat it. 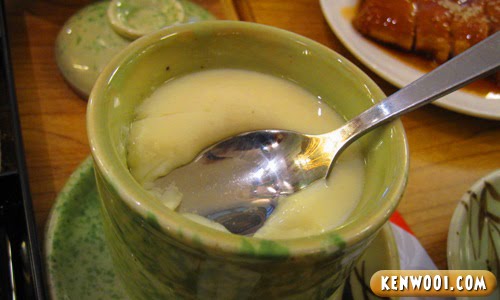 Finally, each of us were served with Chawan Mushi – an egg custard dish steamed in a tea cup.

By the time I eat my egg custard, my tummy was almost bloated. My eating speed decreased. 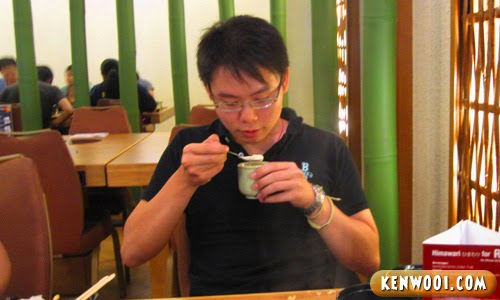 But I kept eating. I eat as much as I can. No regrets!

For the selection of beverages, one can have hot/cold green tea, Coke or 7-up. Despite the tempting soft drinks, we opted for green tea. 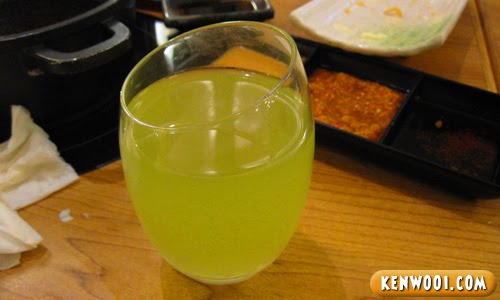 Since there are so much fried food, it’s better to drink something less trashy right? :)

Overall, the selection of food is certainly worth the price paid for – delicious food, good service and fatter tummy. I wished I could’ve eaten more and skip my dinner, but there’s a limit.

Towards the end of the buffet, I couldn’t take it anymore. Ate too much. 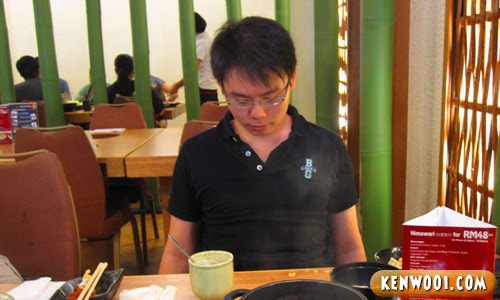 You know, buffet meals are always a killer. Can eat until die.

And I sort of died at the end… 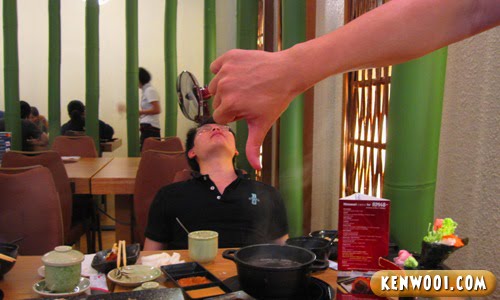