KUALA LUMPUR: With the latest news on a second Malaysian heading out to space, Malaysia also plans to have its first blogger to space and the mission is likely to take place soon. 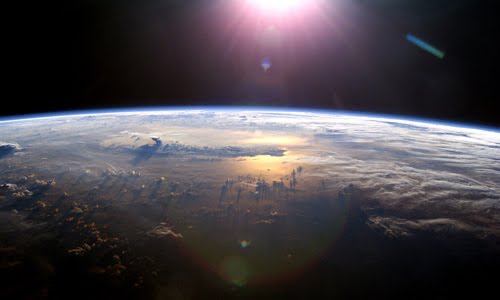 National Space Agency director-general Dr Mustafa Subari said that they have already worked out the preparation details and negotiation process with potential collaborators.

The blogger-cum-astronaut will be staying in the International Space Station (ISS) for months. 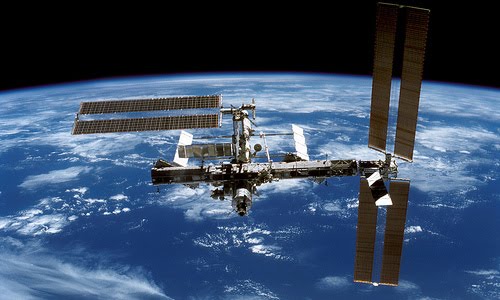 The Government has already given the program a nod, considering the benefits it would bring to the Malaysian blogging community. 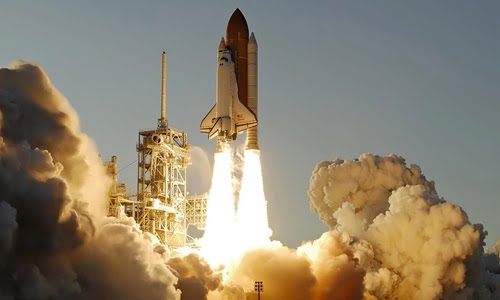 Mustafa said he estimated that at least US$20mil (RM62.5mil) was needed to fund the project. Yes, RM62.5mil for a space project!

Unlike the first astronaut mission by Datuk Dr Sheikh Muszaphar Shukor, Malaysia plans to send its first blogger on a longer mission to the ISS. And the first Malaysian blogger-cum-astronaut to ever go to space is… 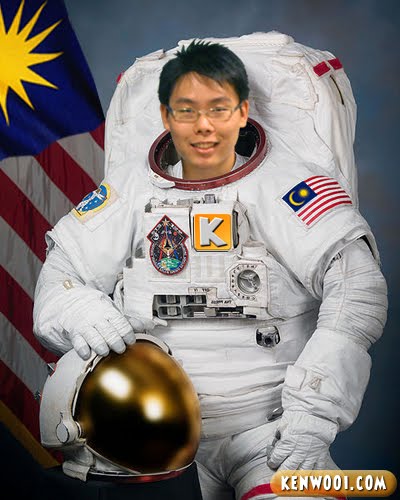 “I’m gonna do Malaysia proud and spend the Government’s enormous RM62.5mil wisely alright? Blast off on a spaceship, do some cool experiments, lepak and I’ll be back!”, Ken said on a recent interview.

Anyway, for this mission, Ken Wooi will stay in the ISS so that he can carry out certain experiments.

Some of the experiments would be… 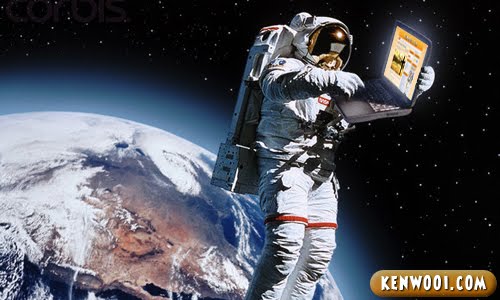 2) Assisting technical astronauts at ISS to set up a Malaysian web hosting service in space. 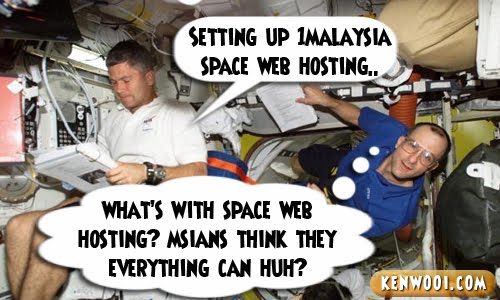 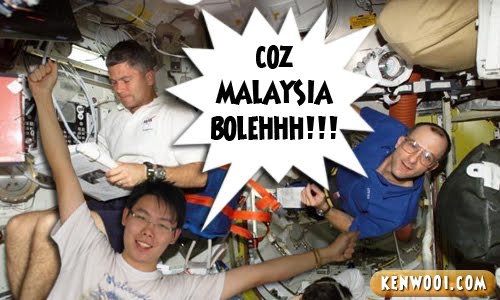 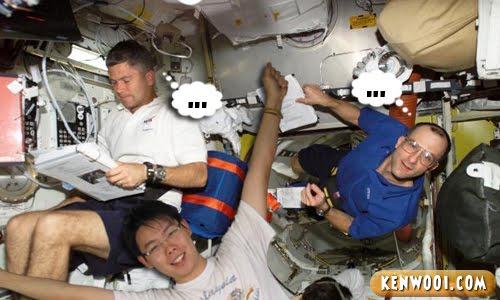 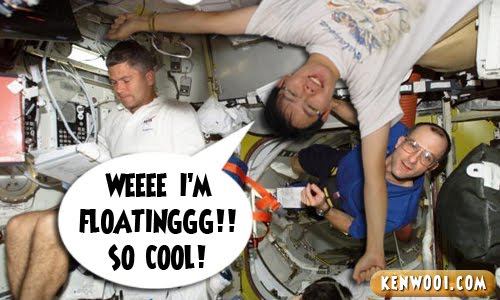 After the project is completed, it will be declared as the first Space Web Hosting under the Malaysia Book of Records.

3) Test the wireless broadband speed of Malaysian Streamyx from the space station. 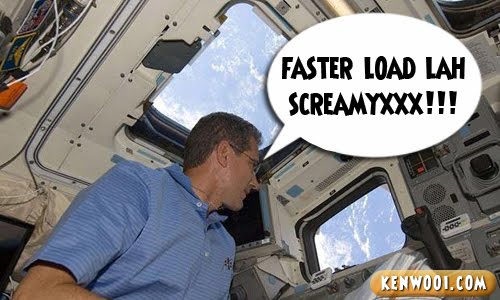 4) Stick 1Malaysia logo stickers on the solar panels of the ISS. 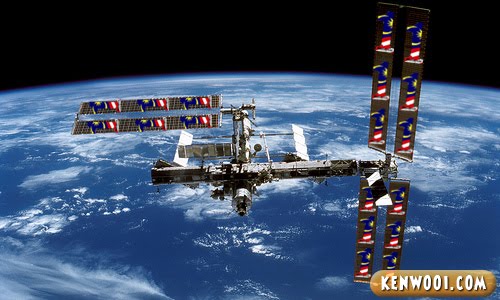 The 1Malaysia dream will be finally in space! Prime Minister Datuk Seri Najib Tun Razak will be so proud! 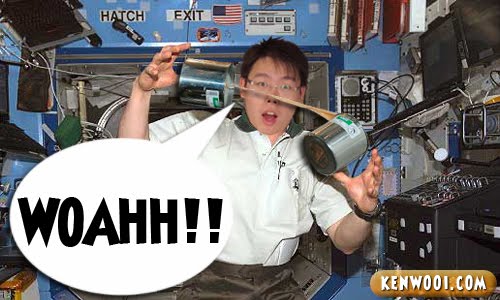 Another entry into the Malaysia Book of Records! 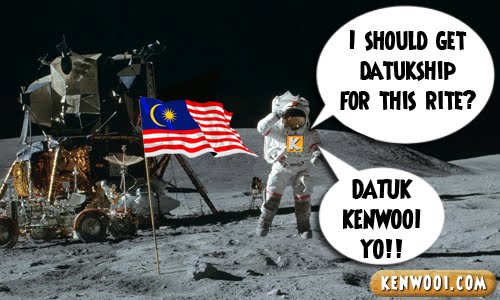 Once again, let’s not forget that at least US$20mil (RM62.5mil) is needed to fund the project. What a way to spend the Government’s money and why so much? 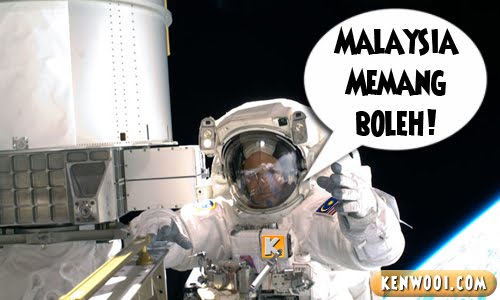 No one can deny that!

Okay, jokes aside. What do you think? RM62.5mil just for just a space project? 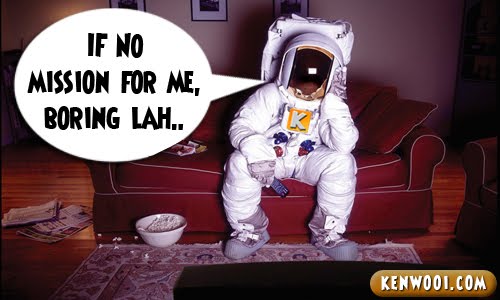 But wait a minute, if you disagree – Astronaut Ken Wooi will be jobless.