So far, I’ve only been to Batu Caves once. Yes, just once, and these are the pictures from the sightseeing at the famous limestone hill. 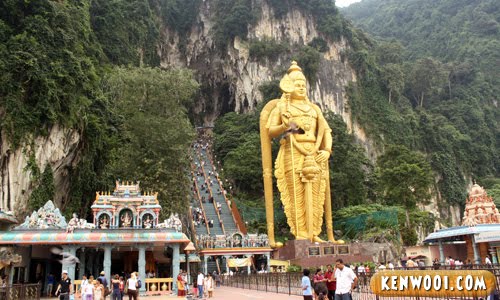 To be honest, I was very fascinated by the huge statue. It’s known as the tallest statue of Lord Murugan in the world. To know how huge it is, you gotta see it for yourself! 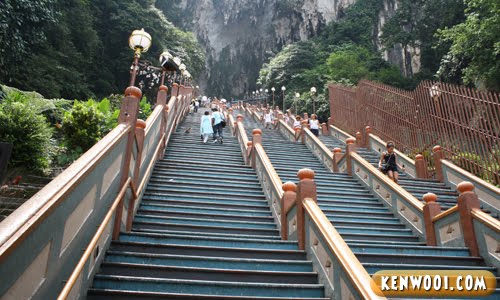 Batu Caves is usually the main focus of the Hindu community’s yearly festival – Thaipusam. During that time, devotees make their way to the Temple Cave and climb 272 steps to the top with remarkable endurance. 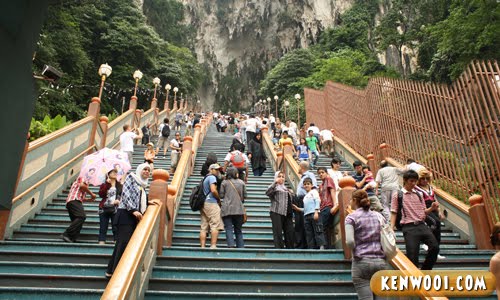 When I was there, it wasn’t Thaipusam. There were lots of visitors around, especially foreigners. 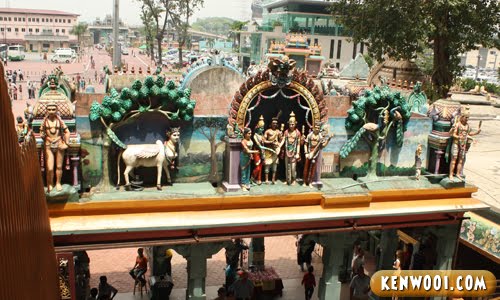 On the way to the top, visitors are bound to see various painted sculptures on arches.

Along the way there are several monkeys waiting to be given food too. I didn’t take the chance to snap photos of them – don’t want my camera to snatched away!

Anyway, after 272 steps (that seem to take forever to reach)… 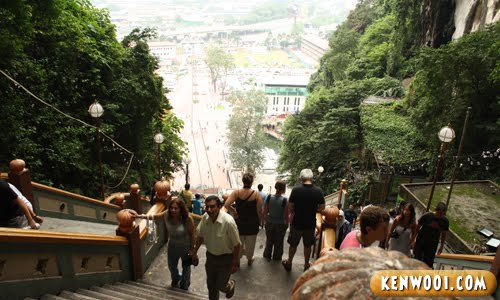 I finally made it! My first time reaching the entrance at the top of the Temple Cave! *proud* 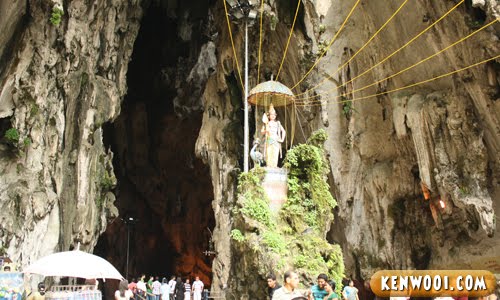 Here’s what you’ll be greeted once you reached the top. A number of stalls, photo-with-snake booth – just to mention some.

As you walk inside the cave, there will be a spacious area. 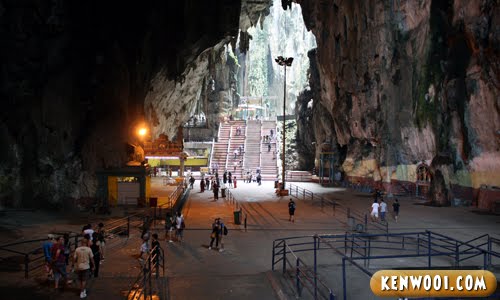 Really spacious and the cave ceiling is approximately 100m above the ground. Also, it’s lighted by daylight from several holes in the ceiling. 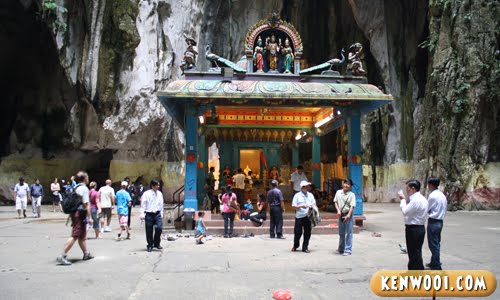 Further inside the Temple Cave, it features a shrine and it’s visited by many devotees throughout the year. At this area, you’re able to see the sky above as well – due to the huge hole above.

Well, that’s roughly all about the Temple Cave, and as I headed back out – I had to endure another 272 steps down. It wasn’t an easy task as I was a little, just a little, afraid of the height! :/ 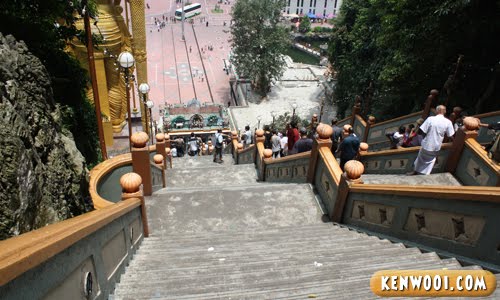 Anyway, I spotted many foreigners when I was at Batu Caves. No wonder it’s claimed one of the well-known attractions near Kuala Lumpur.

Since there was nothing much to see over there, I sight-see the visitors as well. Firstly, I saw Middle Eastern visitors with their family. 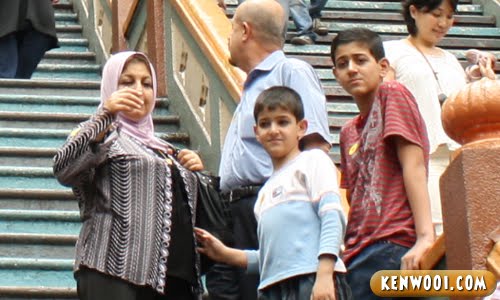 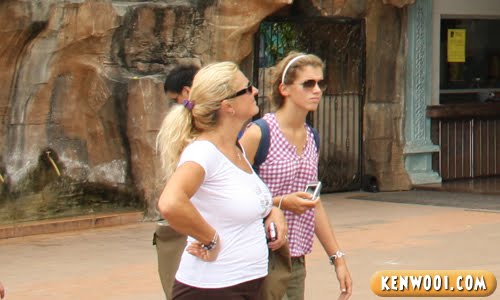 I saw young Asians with their friends. 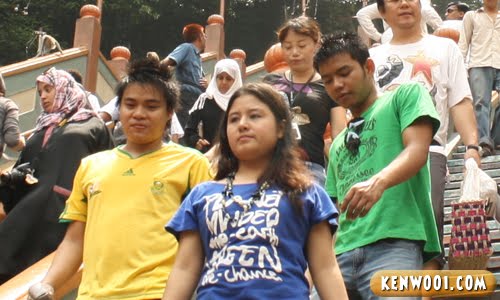 30 thoughts on “Sightseeing at Batu Caves”