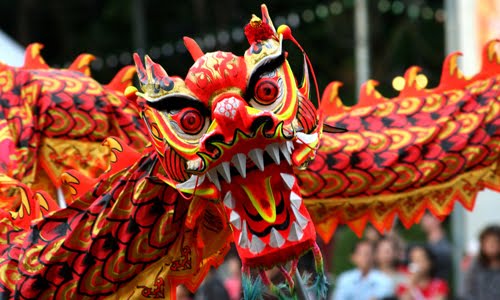 Anyway, during the Chinese New year, it’s more or less about being red. Wherever you go, you see red, red and more red. 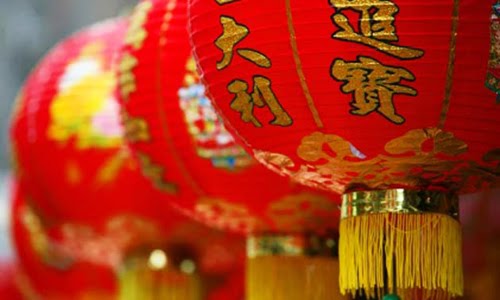 Most Chinese houses are decorated with simple red lanterns, especially around the home compound.

But for the Chinese temples, they are THE lantern fanatics! 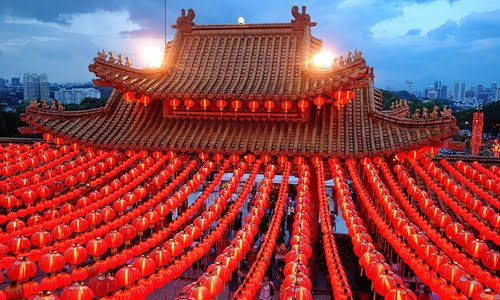 Wah, lines and lines of lanterns. I must admit, it’s definitely a great effort + amazing scene.

Back at my home in Ipoh, red is noticeable everywhere. 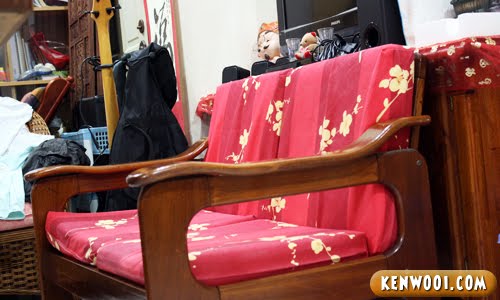 The sofa cover has changed to red. 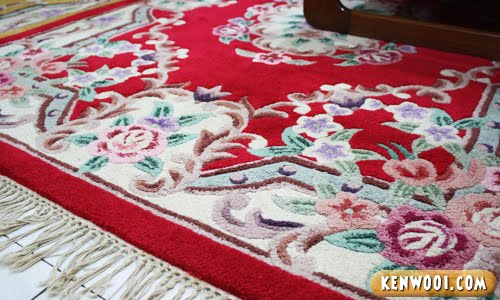 The living room has been covered with red carpet. Now I can sit more comfortably on the floor. :) 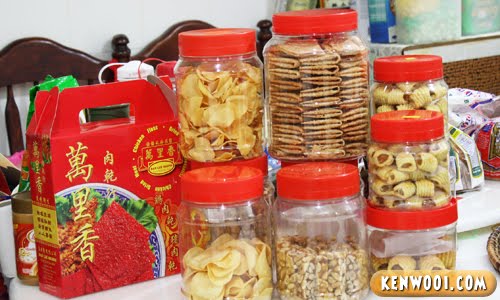 Even Chinese New Year biscuits and tidbits are in typical containers with red covers. Can’t stop eating them, especially the pineapple tarts!

At my frequent food consumption rate right now, I foresee that I’ll gain some extra weight after the holiday! :/ 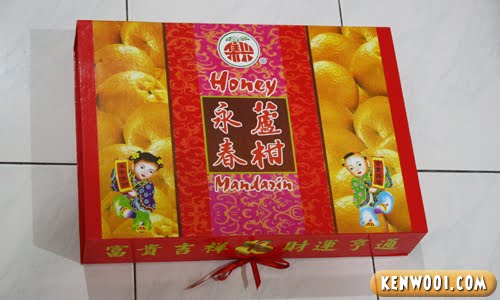 More and more juicy Mandarin Oranges to be eaten. They come in red-coloured boxes too! 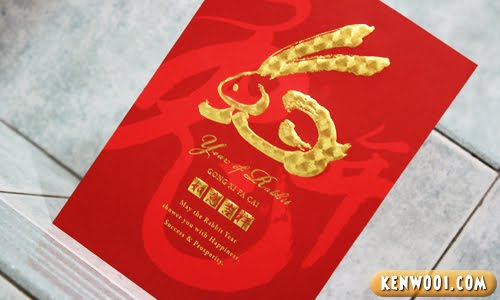 Chinese New Year greeting cards are also commonly red. In case you’re not aware, it’s the year of the bunnies! 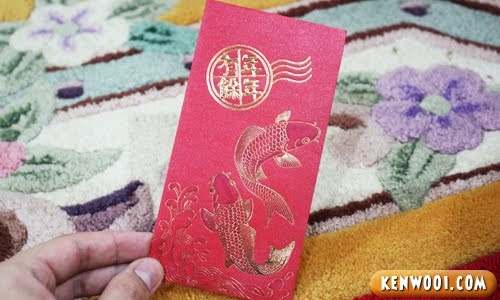 Red envelopes, also known as ang pao, are usually given out at social and family gatherings. Can’t wait to get my hands on more of these. 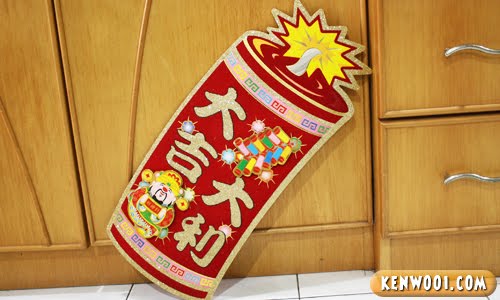 Firecrackers are red in colour as well. Boom boom pow!

And on the personal appearance, some would decide to dye their hair red. 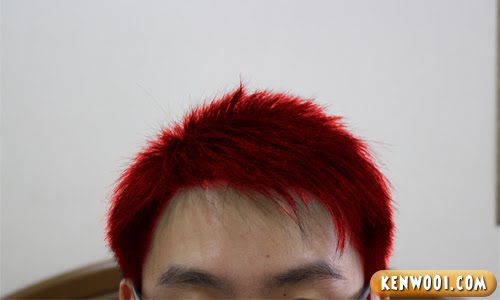 This is how my hair would look like if I dye it red. Cool or not?

Oh by the way, I got injured while putting up Chinese New Year decorations at home… 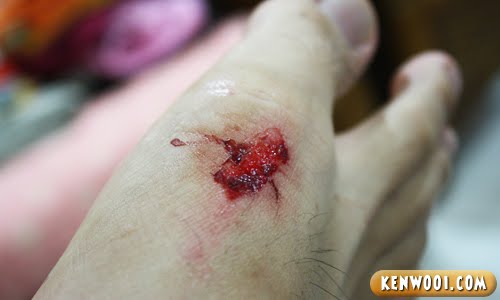 And for the Chinese New Year clothing… 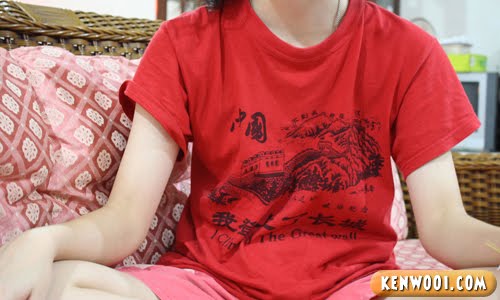 Everyone starts wearing red. So I prepare my red-coloured cloths as well. 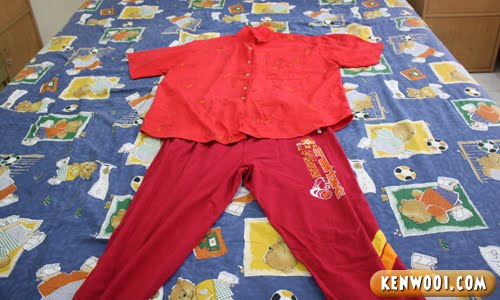 Doesn’t look matching, but still it’s red – so can lah. 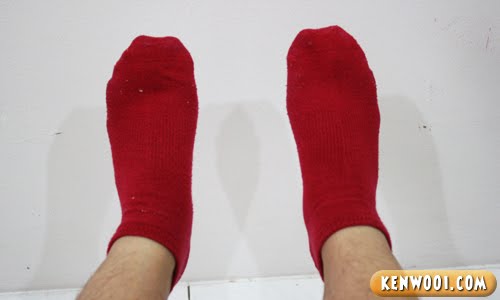 Red socks. This makes me think of Christmas though.

Anyway, some people believe that wearing red undergarments at the stroke of midnight of Chinese New Year, coupled with red pajamas, will bring them good luck and prosperity. Even the men are getting red underwear.

Fortunately for myself, I have a new piece of red underwear. Let me show you my lucky underwear for 2011… 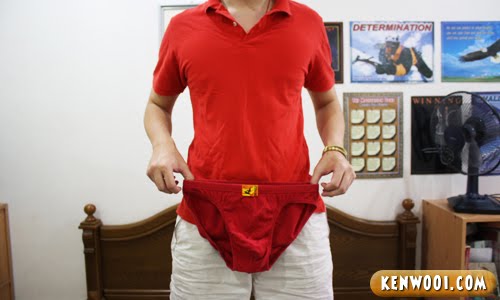 Gonna keep it for the the midnight of Chinese New Year. I’m gonna be so lucky and prosperous this year.

But since I want to avoid any wardrobe malfunction, I tested the underwear… 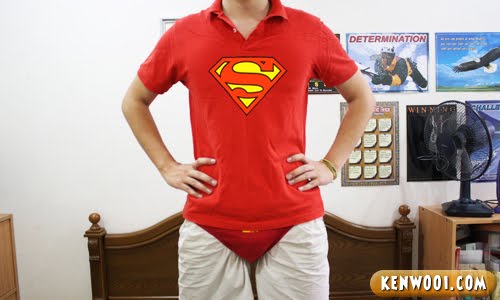 Eh, looks like I’ll be Superman during Chinese New Year!

41 thoughts on “Getting Red for Chinese New Year”