This year, 3 top Premier League teams will be in Malaysia on their summer tour.

One team in particular, is Chelsea Football Club. 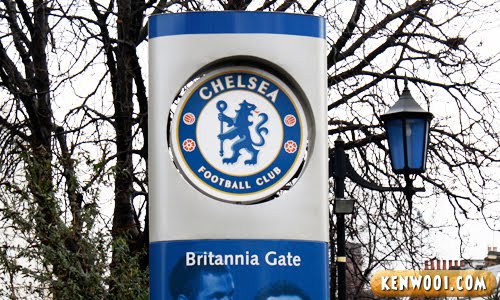 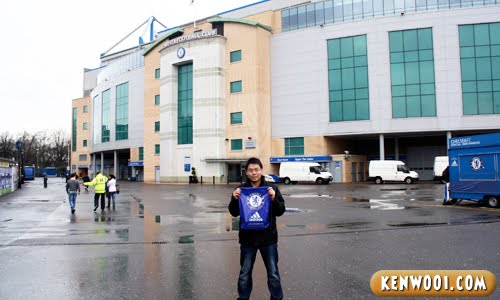 Okay, I know I’ve been labelled Photoshop King – but THIS photo is genuinely real. I was there in December 2009 during my Europe trip. :)

During my short stint there, I was actually part of the Chelsea team. 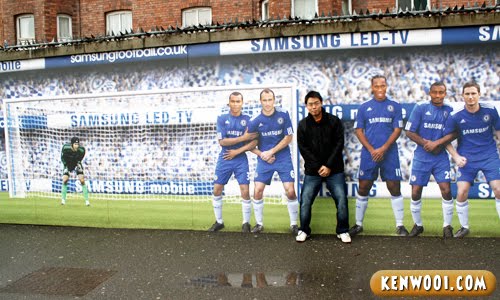 Yes, protecting my balls from the incoming free kick, and of course – defending the opponent from hitting the ball at the back of the goal.

Unfortunately, I didn’t get to watch any live matches while I was there. It’s either the tickets were unaffordable or time didn’t permit me to do so.

But hey, Chelsea is here on a tour in Malaysia this year! 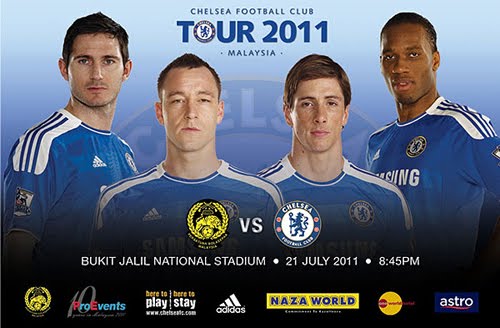 Woah… so cool! And it’s happening on 21 July 2011 at the Bukit Jalil National Stadium!

Believe it or not, you’ll get to see Chelsea star players with your very own eyes – such as… 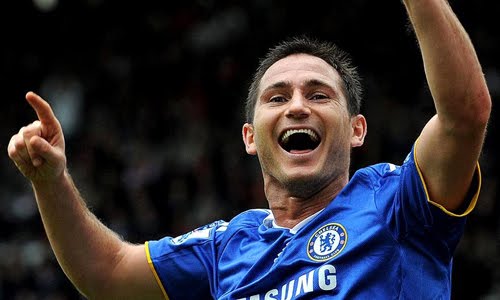 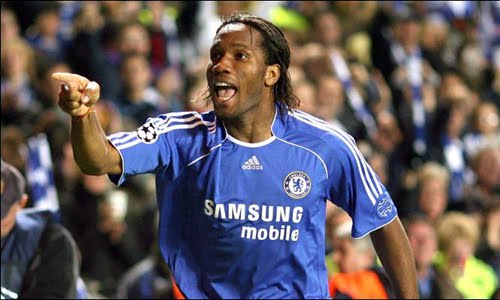 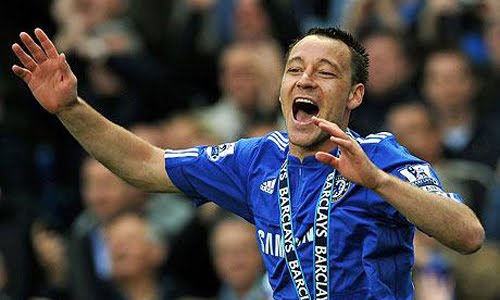 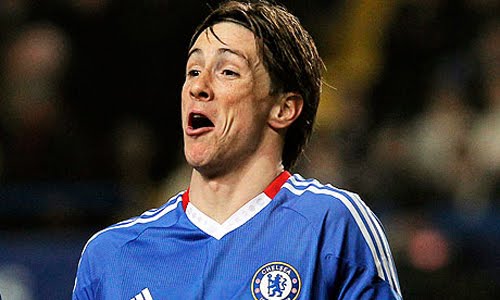 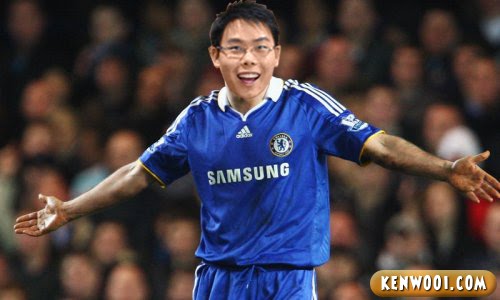 No kidding, Ken Wooi is one of Chelsea’s new signings this summer and he’s set to debut for the team in the friendly match against Malaysia! 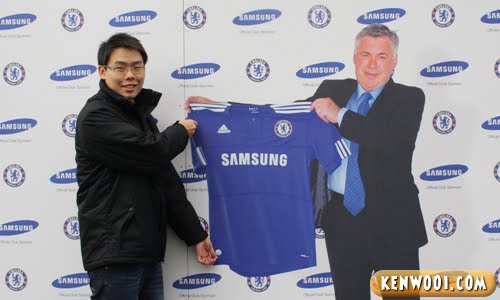 Look at the proof – Ken receiving his Chelsea jersey. Carlo Ancelloti actually secretly signed him before he was sacked! Now you believe? No? You should! ;)

Anyway, don’t you wanna get the tickets to watch the Malaysia vs Chelsea match? You can definitely do so with Samsung. In fact, there is an ongoing contest from 7 June until 10 July. Grand prizes that include sitting with the team during the match, plus a Chelsea FC jersey and a football. 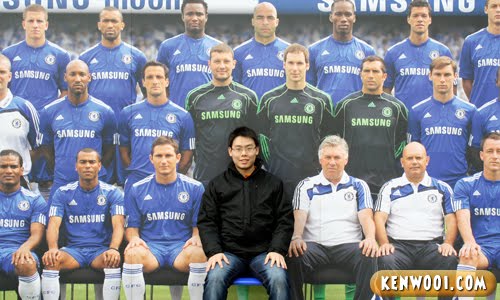 But it’s during the match. By the way, another proof – told ya I’m not cheating about Ken Wooi joining the Chelsea team!

Anyway, let’s continue with the prizes… 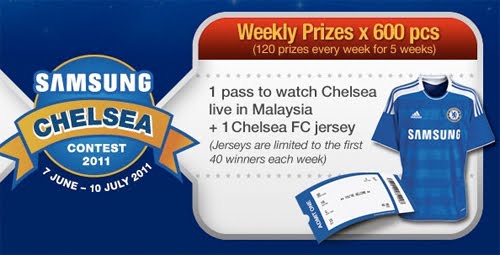 Weekly prizes of 1 pass to watch Chelsea live in Malaysia, plus a Chelsea FC jersey (which is limited).

If you’re a big Chelsea fan, it’s easy to participate in the contest. Just purchase any Samsung products worth a minimum of RM300 in a single receipt, then proceed to SMS and you’ll have a chance of winning the passes and a jersey, at the very least! 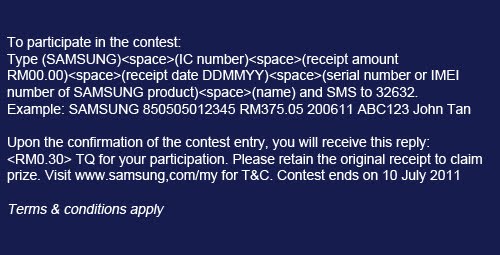 So Chelsea fans, what are you waiting for? Join the contest and get to watch them play against our national team! And oh, not forgetting Chelsea’s new Malaysian star Ken Wooi too! 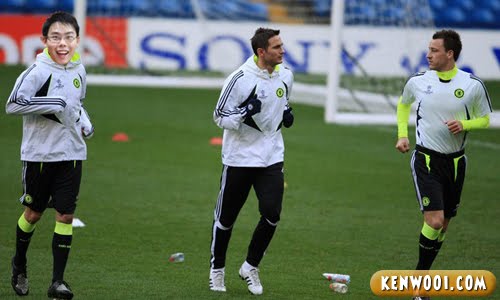 Bet Malaysians can’t wait to watch Ken perform that day! See you (and myself) there! ;)

25 thoughts on “Joining the Malaysia VS Chelsea Game”