A couple of weeks ago, I had an opportunity to dine at Eastin Hotel’s very own Japanese restaurant, the Eyuzu Japanese Cuisine. 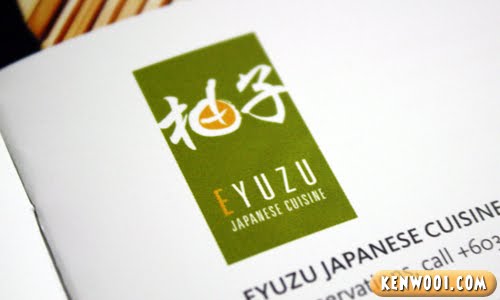 Within Eyuzu Japanese Cuisine, it has a sushi and teppanyaki counter, private dining rooms and an outdoor mini garden decorated with greenery that will draw the attention from its customers. 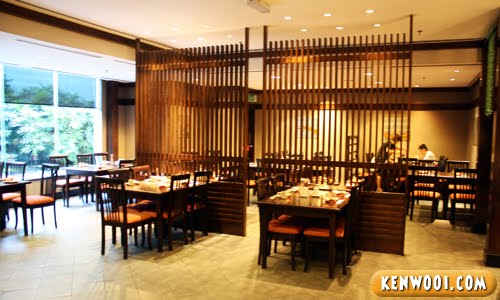 However, the focus of this entry is definitely towards the Shumatsu Buffet, which is served during dinner on Saturdays and Sundays (and also Fridays during the promotion deal).

Led by their award-winning chef, the Eyuzu Japanese Cuisine prepares a sumptuous buffet spread. Let’s have a look at some of the dishes, shall we? 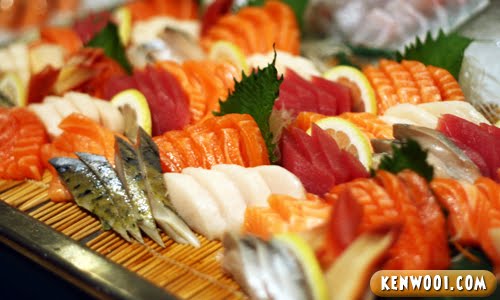 Right off the buffet spread, one thing worth complimenting is certainly the fresh Sashimi. It consists of raw fish meat sliced into thin pieces. The portion of each slices are pretty generous actually.

Just dip them into the shoyu sauce (no wasabi thank you!) and embrace its freshness in your mouth! 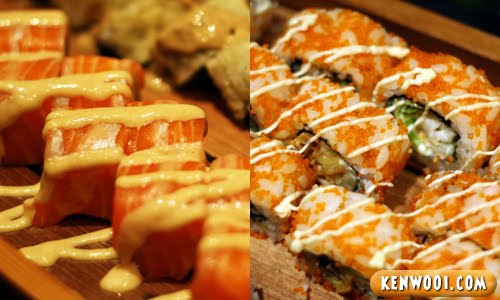 In addition to the Sashimi spread, there is also a variety of fresh sushi rolls. The never-ending preparation by the kitchen staff throughout the buffet session ensures that the sushi are fresh and at their best.

Here at Eyuzu, quality is their main priority. 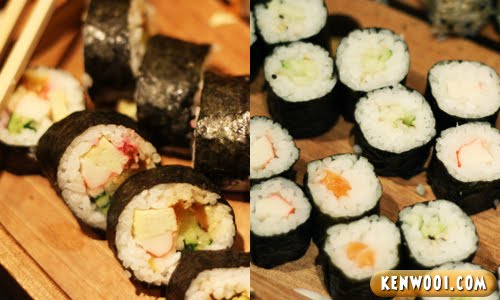 Several trays of Makimono (Assorted Sushi Rolls) are available too. Some as simple as a piece of crab meat, while others have a mixture of ingredients that would bring out the best of the flavours.

Okay, besides the common Japanese Sashimi and sushi – there are other dishes to pick from as well. 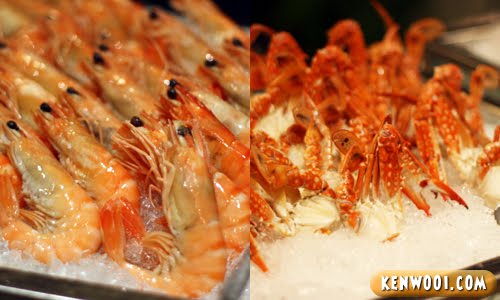 Abundance of prawns and crabs for the seafood lovers. Fresh from the aquarium, they are skillfully prepared and come with the “fresh” tag on them.

Although they could be a little “messy” to eat, it’ll be paid off every time you take a bite on their fresh tender meat. 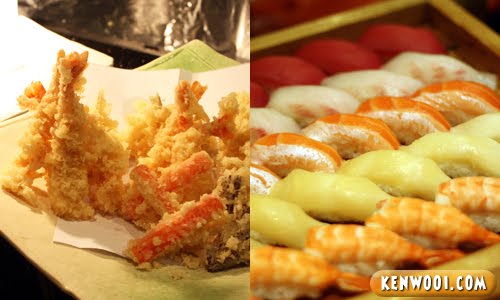 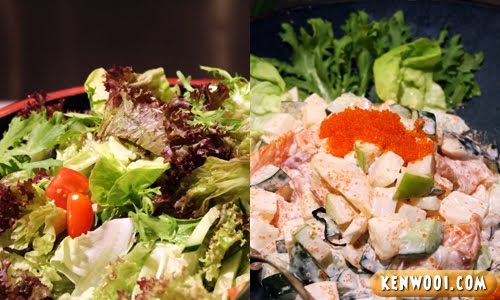 For the salad enthusiasts, there are salads such as Kaisen Salada (Seafood Salad) and Yasai Salada (Mixed Vegetables Salad) as well. 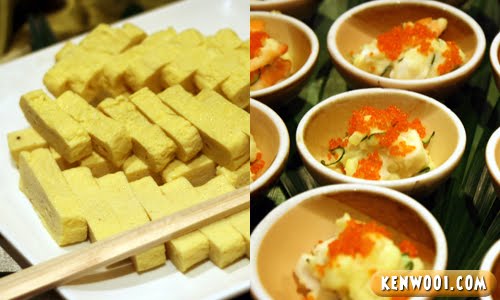 Tamago Yaki (Grilled Japanese Omelets) and Japanese Potato Salad topped with Tobiko are on display too. I personally enjoy eating the Tamago Yaki simply because I love eggs. :) 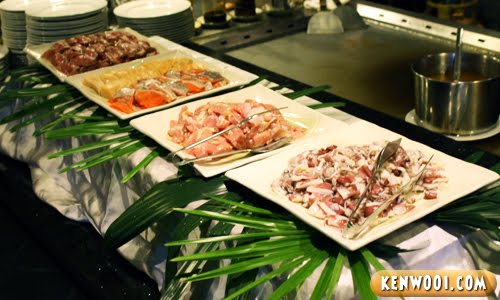 More raw meat from another counter for customers to choose from the teppanyaki counter. 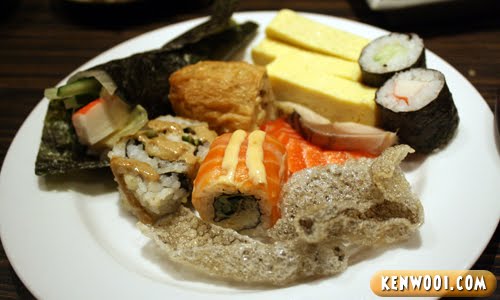 After browsing through the buffet spread, I took the first plunge – that’s my first plate from the spread. Definitely many more plates but just couldn’t bothered taking any extra photos. Just eat all the way!

Oh by the way, the keropok-looking stuff there is actually fried salmon skin. According to the chef, they are quite complicated to prepare because skills and precision are needed to slice the skin off perfectly. 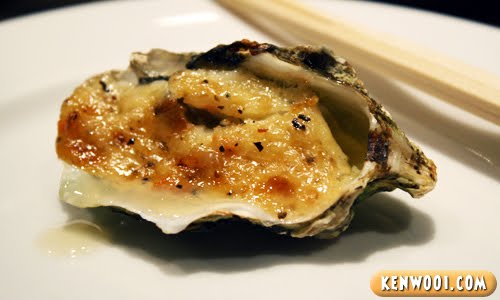 They have Baked Oyster too. Surely not as slimy as the freshly shackled ones. Be careful while you use the cutlery to dig it out, the “juice” might just squirt out. 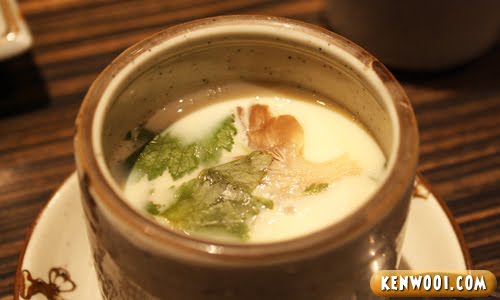 Here we have Eyuzu’s very own Chawan Mushi. Prepared with various ingredients, it’s smooth, delicate and has a unique aroma of its own -notably different from the usual at franchised Japanese outlets. 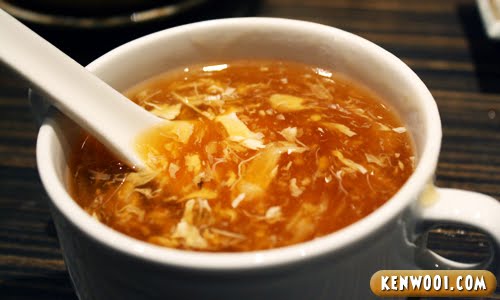 For desserts, there are aplenty on a specially dedicated dessert table. There are a number of cakes, cheese tarts, fruits and puddings. 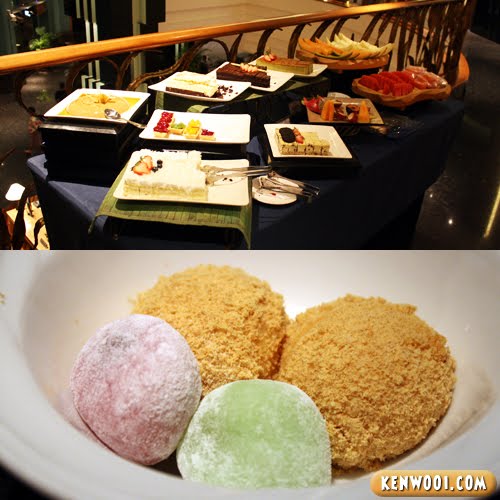 Other that than, you can get cooling desserts as well… 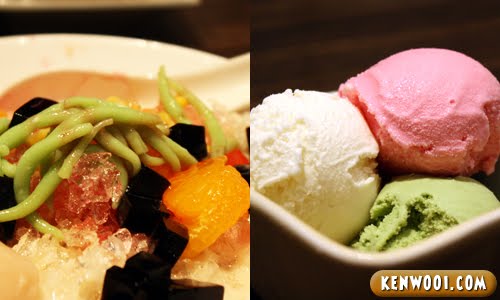 Prepare your own ais-kacang with your favourite toppings, or simply scoop out your favourite ice-cream flavours. They’re all self-service, you can just wallop anything you like.

Well, the Japanese Buffet has more than 100 mouth-watering dishes to choose from. With the variety of food available, you will be spoilt for choice. In fact, there are too many that only a handful are featured here.

Know what, these Japanese delicacies are so fresh that if you want them fresher – you have to fish it yourself.

Or… oh wait, there’s a fresh prawn on the table… 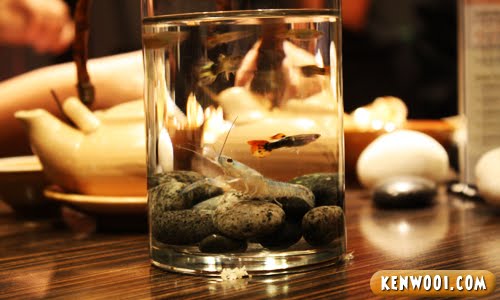 Can consider eating it fresh, you know? Hehe..

What? Too small? It’s alright, what about this bigger fresh prawn… 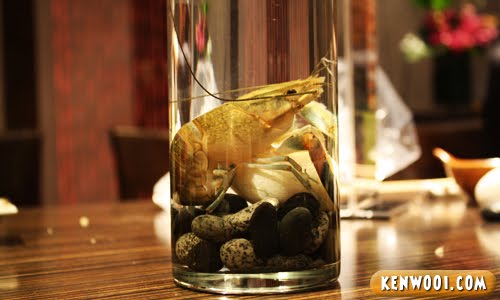 Anyway, normally the buffet is only available during dinner on Saturdays and Sundays at RM82+ (adult) and RM41+ (child). But coming soon, there would be a cheaper deal by everyday.com.my – keep checking that space!

Update: The deal is already out on July 13! Get the deal for only RM46 per pax at everyday.com.my SOLD OUT! :)