Well-known modern songs these days are known for something – they’re catchy, it’s about the deejay, dancing on the dance floor while shaking your booty… 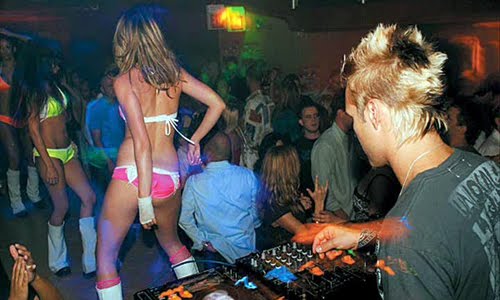 … and most significantly, today’s topic, is the excessive repetitive lyrics.

It’s as though as the song is distorted, a smooth distortion of course. Let me give you a few good examples… 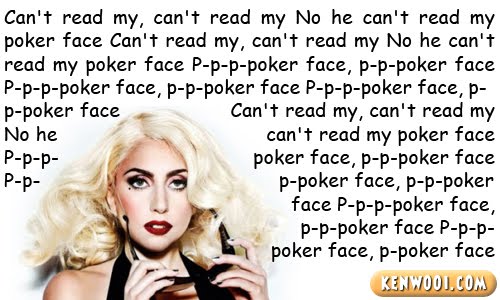 The monster fame Lady Gaga and Poker Face. Tell me what phrase you remember about the song. Definitely only the “P-p-p-poker face” phrase and nothing else. 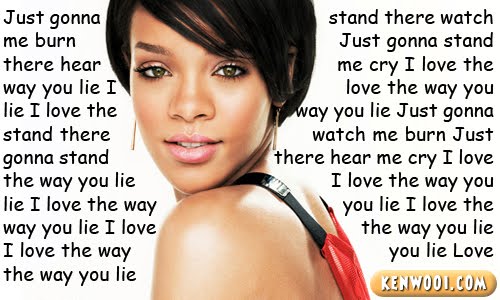 Rihanna with Love The Way You Lie. Yes, nothing else but standing there burning and loving the way you lie. Eminem’s rapping is nothing but noise. 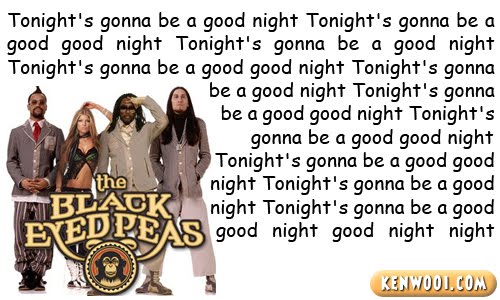 All-time favourite Black Eyed Peas’ I Gotta Feeling. It’s only about a good night and feeling – keeps repeating throughout the song. 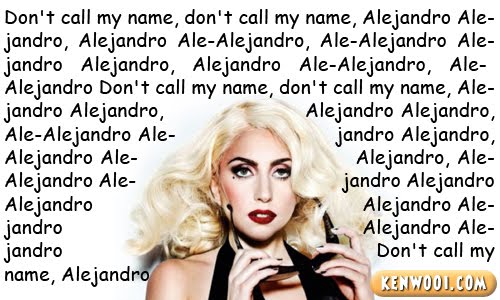 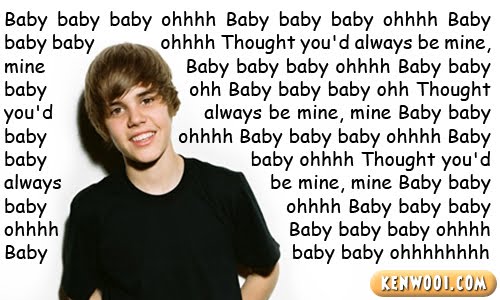 Baby by Justin Bieber. Its repetitiveness is so excessive that even 3 year old kids can miraculously sing this song.

And our last victim… 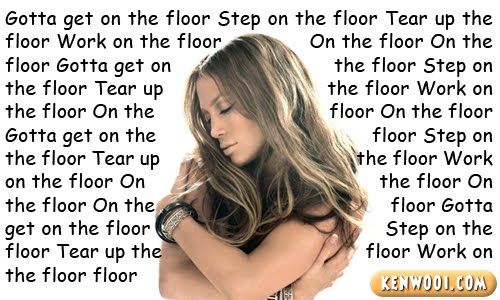 Jennifer Lopez with her latest hit On The Floor. Everything is on the floor, hit your head on the floor. Tear up the floor? I think she has a floor fetish.

Know what, Jennifer used to sing good songs – but now it’s all just following the trend. I’m not sure about the previous Lopez, but I think she’s currently trying too hard to be sexy and seductive.

In the photo above, she looks like an human-evolving amphibian which has just landed on the beach. She sucked at being an American Idol judge, IMHO.

Anyway, with all these clubbing-related with excessive repeating lyrics – what have happened to artists and singers who sing melodious music about a decade ago? Boyzone is dead. Spice girls are burnt. Celine Dion is missing on Titanic, maybe. Westlife has no more life.

Even my childhood favourite Backstreet Boys (famous for emo love songs) tried to keep up with the trend with “Don’t Turn Out the Lights”. It’s a collaboration with also falling band, New Kids on the Block, but it’s a still flop. No chicks go crazy over them anymore. 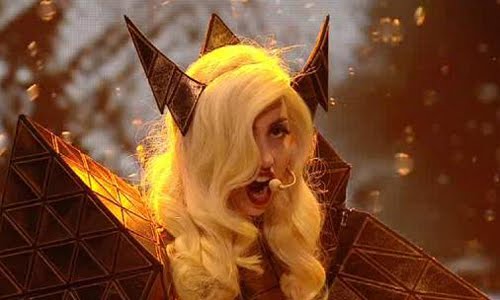 I once read about the factor behind this rampant repetitive phrases in songs. It’s believed that they seek a career blessing from the devil, or Satan. In return, repeating phrases in the songs are actually chants to worship them. wtf?

Not that I believe it but… what else would explain this phenomenon? Some say it’s easier to get fans addicted because it’s easy to be remembered. Songs from the Black Eyed Peas are the easiest to remember because their vocabulary is limited. Really.

Anyway, when I was a little boy – the songs I was exposed to were pretty much nursery rhymes. Twinkle twinkle little star, Baa Baa black sheep, Jack & Jill went up the hill, Three blind mice – to name some. 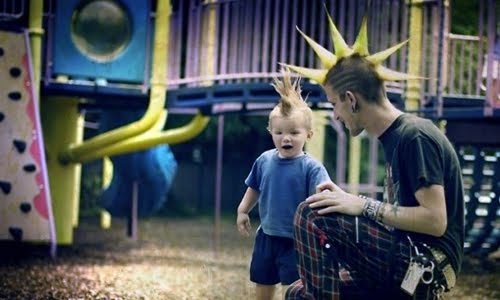 Even kids nowadays are totally exposed to hardcore punky songs.

Know what, if the kids these days are still listening to the classic nursery rhymes, what do you think would happen…? 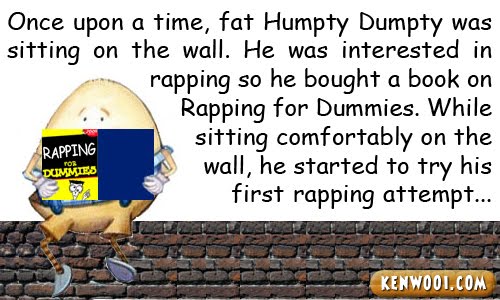 Begin with a fairytale about Humpty Dumpty sitting on the wall, while reading a book on Rapping. The traditional ending would be a great fall (the end), but with the modern collaboration…

The Humpty Dumpty song would probably be a rap song with repetitive phrases about the fat egg itself. He’ll never have a great fall because the devil is protecting him. 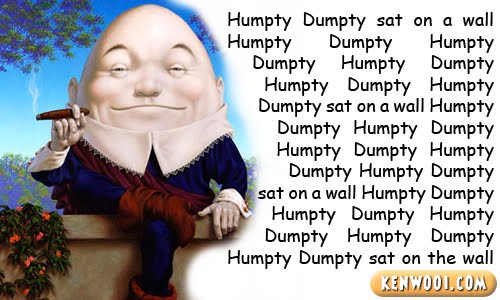 Or maybe Humpty will safely jump off the wall and starts humping around. He’s after all HUMPty – I just realized. Hmm… interesting.