Jalan Hang Jebat, Jonker Street or Jonker Walk – whichever you prefer, is a main attraction of the city of Malacca.

No journey to Malacca is complete without dropping by Jonker Walk. It’s undeniable by many. Jonker Walk is all about local Malacca food, and souvenirs. 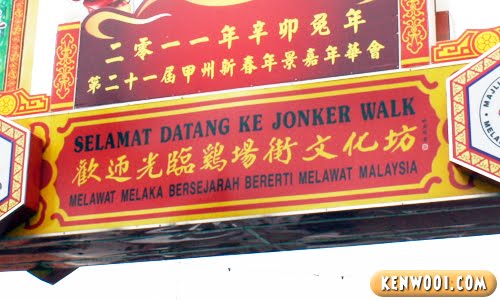 If you come to Malacca and not visit Jonker Walk, it’s a crime. A sinful crime in which the spirit of Parameswara will haunt you forever. Not forgetting the legendary merciless curse from Hang Jebat as well.

Anyway, I was in Malacca recently and unsurprisingly, yes, Jonker Walk was on the to-visit list. Therefore, I’m safe from the wrath of Parameswara and Hang Jebat. 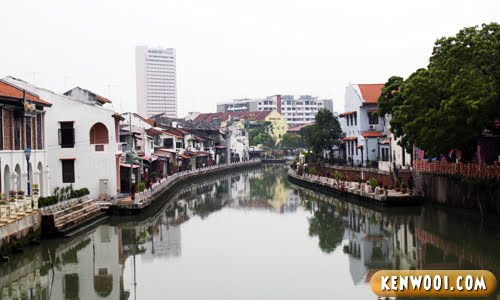 Once at The Red Building (The Stadthuys) area, tourists walk across a bridge in order to reach Jonker Walk.

The river which the bridge was built over is the Malacca River, once an important trade route during the majestic Malacca Sultanate era. 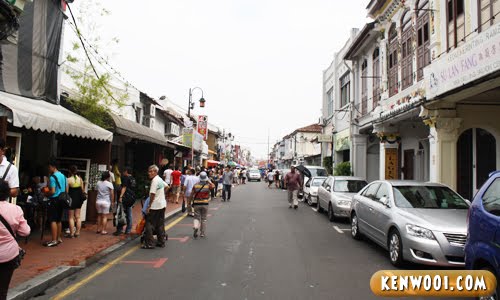 Also known as Malacca’s traditional Chinatown, this place used to be a busy trading hub. Now, it’s still a similar “buy & sell” place, but more of an ultimate tourist destination, even for the local Malaysians.

For lunch, we had the so-called famous chicken rice balls at Nasi Ayam Hoe Kee. 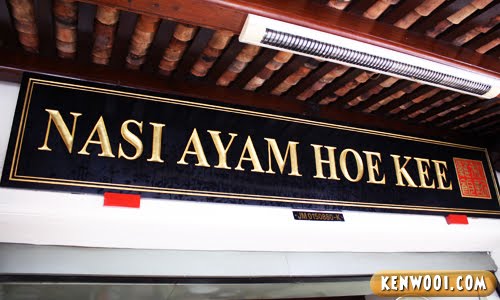 Since the weather was hot, we were lucky to be seated in an air-conditioned section. But that didn’t stop us from ordering coconut drink to quench our thirst. 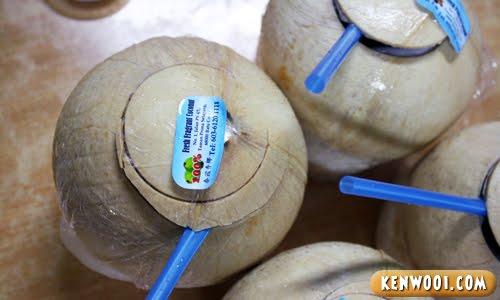 At RM4 each, I thought it was reasonable priced. Refreshing but the inner white flesh (also known as endosperm, eww?) was quite tough.

The main dishes consists of none other than chicken meat with cucumber, some mixed vegetable, couple of rice balls and… 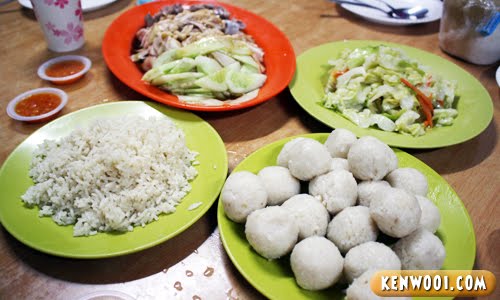 Uhh… a plate of plain rice?

Isn’t it unusual see plain non-ball rice in a restaurant known for its chicken rice balls? Perhaps it was a public holiday and they couldn’t find the time to shape the rice.

Verdict – like ordinary chicken rice. Nothing special and unique with the rice balls. Better chicken else where. Plain vegetable.

I’m declaring that Chicken Rice Balls in Malacca is overrated. 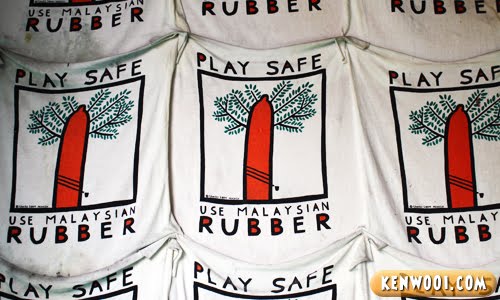 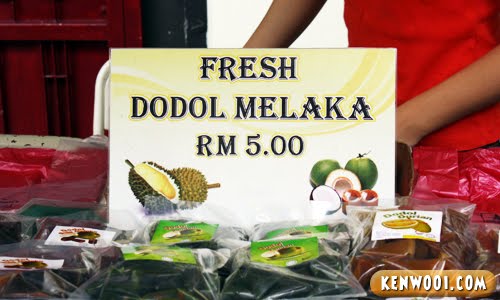 Fresh dodol Melaka, with Durian and Coconut flavours. I wouldn’t trust the “fresh” word though, they could have been kept for several days right?

After a turtle-paced walk due to the crowd and cars, we finally reached the famous Jonker 88 outlet. So famous, the queue so long… 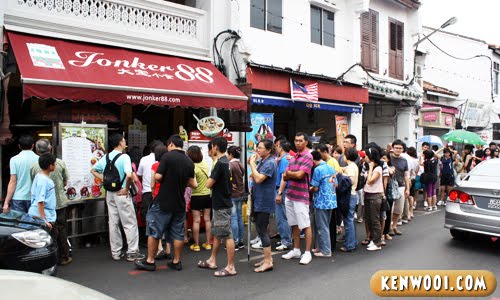 All of them craving for Jonker 88’s 2 signature dishes – Assam Laksa and Durian Cendol.

We reluctantly queued up and waited for about 30 minutes to finally order. Since we already had lunch, we only opted for dessert – Durian Cendol, obviously. 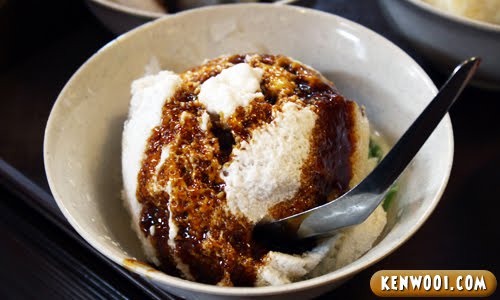 Prepared with ingredients such as cendol, red beans, shaved ice topped with gula melaka (palm sugar syrup) and some durian puree, it costs RM4 for a single bowl.

Tastes really delightful. If real durian flesh were used instead – the Durian Cendol could have been more durianlicious! 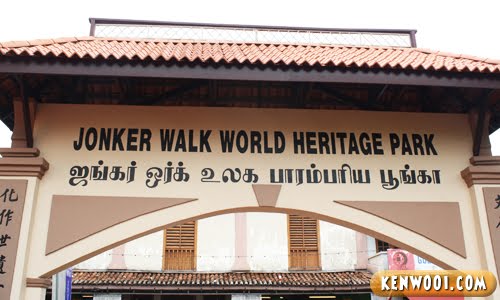 Just next to Jonker 88 is a mini park – Jonker Walk World Herigate Park. Sounds like a magnificent heritage museum inside, but I was disappointed to discover that it’s just a place where people take a break and rest.

Decorated with Chinese Zodiac sculptures and green plants, that’s all they have. Nothing so heritage about it. Oh yeah, a public toilet too. Go pee at the Heritage Park.

Next up, another durian-related food – the Durian Puff. 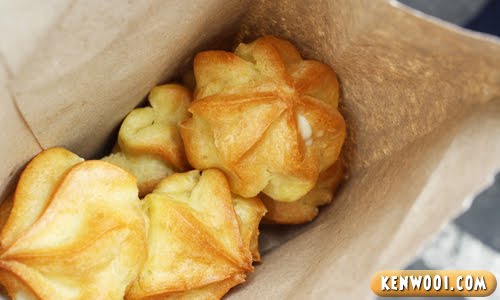 Take a bite and the durian cream starts to ooze out from the puff. Looks good, but it doesn’t possess the sensational durian flavour. 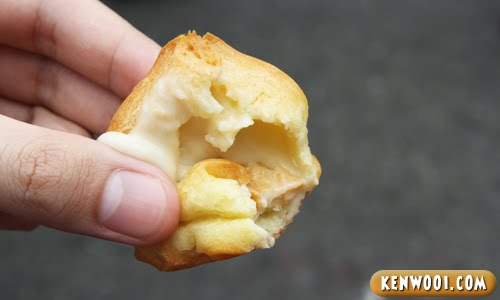 After taking this photo, I threw it into my mouth. An unmemorable piece of Durian Puff, see you at the end of my tunnel.

Alright, a little too harsh. To be fair, it tasted just okay. Maybe I was expecting more, since… you know… it’s made with durian! 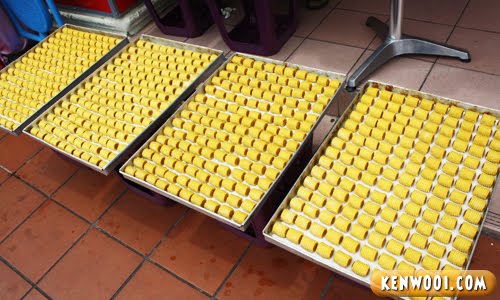 As you walk further, you see wide selections of local Malacca food – pineapple tarts, another cendol stall, assam laksa, more chicken rice balls outlets, lok lok stores and so much more. You’ve to be there to see and eat it for yourself.

With strong influences of the Chinese culture, huge variety of typical Chinese biscuits and pastries are on sale too. 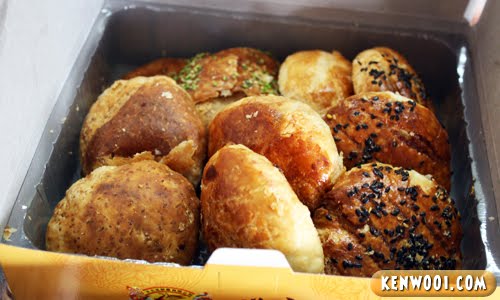 Purchased a box of 10 pastries with 5 (I think) different types. Don’t ask me what is what, because I’m not even familiar with the names of Chinese Pastries – well, except Heong Peng.

Other than food, there are plenty of souvenirs too. From t-shirts to pants, cheap bra to kinky underwear, Angry Bird passport holders to Facebook slippers – whatever you want, you name it. 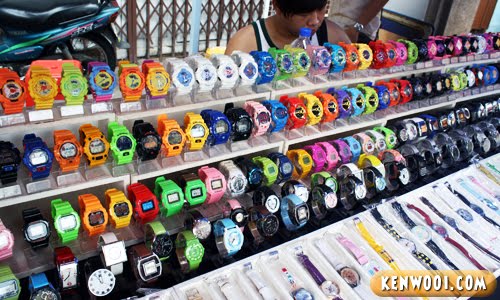 Classic imitations of G-Shock watches available. Does anyone still buy it?

Anyway, despite the featured Peranakan architecture on the structures along Jalan Hang Jebat, I think there is hardly any appreciation towards it nowadays. 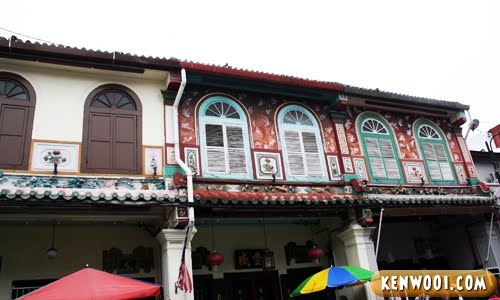 The visitors’ main intention wouldn’t be to stand and admire the buildings. They come, they eat (food), they buy (souvenirs) and they leave.

And that pretty much concludes the day version of Jonker Walk.

Now comes the night version of Jonker Walk. Nothing much, just slightly different from the day time. 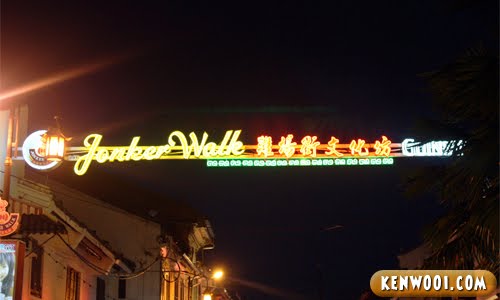 So on the same day, we had another quick trip Jonker Walk.

Despite being a top spot in Malacca, it’s after all just night market (or locally known as pasar malam) – with stalls selling the usual same old food and souvenirs.

I wonder – what makes Jonker Walk so famous? Overwhelming publicity should be the answer. 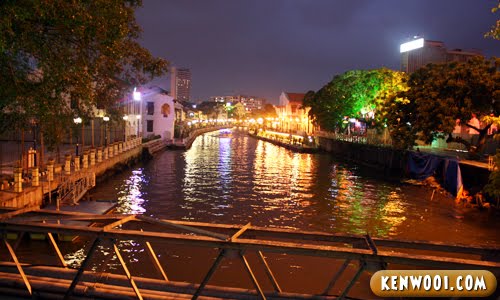 Nevertheless, here’s a night version photo of the Malacca river. Boats cruise along this river every now and then.

With the street lighted up and more stalls on the narrow road, it’s unmistakably more crowded when compared to the day. 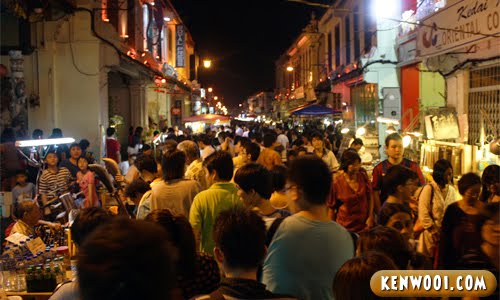 With so many people hogging the entire road, you’ll probably need about 30 minutes to walk the approximately 500m long Jonker Walk.

Hmm… lazy to write already. This Jonker Street entry is getting too long. So here are random photos taken… 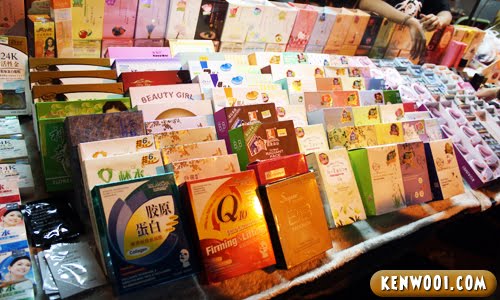 Some beauty products in well-desinged boxes on display. Cheap ones, surely cheaper than your Olay beauty set at home. 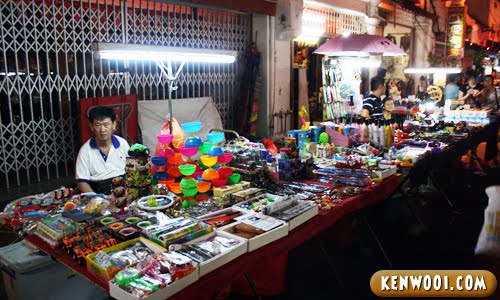 A typical night market stall, tables filled with everything and anything – all crammed together so closely. 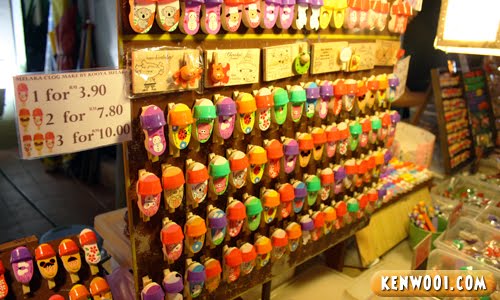 More souvenirs like hair pins, fridge magnets and decorative accessories for the ladies. They’re ridiculously priced, but I assume that some can be bargained. 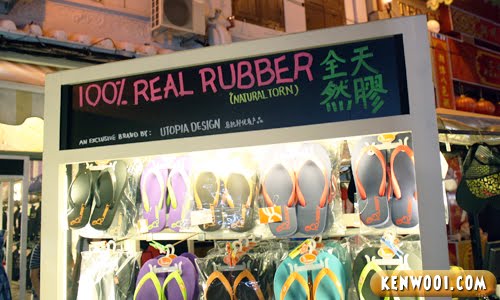 So yeah, that concludes this ultimate Malacca Jonker Walk entry. Like I’ve mentioned earlier, this place has lost its traditional and historical touch. The modern generation is here to conquer.

If you’re heading there to buy antiques, Jonker Walk is not a suitable place for that. But hey, buy this cool dinosaur wire sculpture instead… 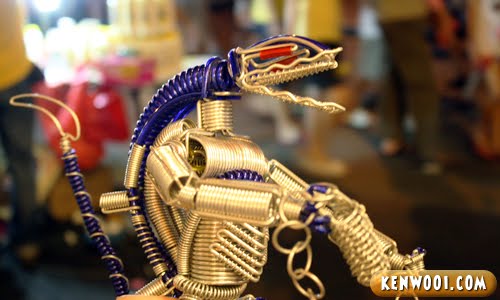 Yes, I know it’s not a collectable antique – but this metal badass red-eyed dino is definitely way cooler than a 500 year old antique iron.