The Internet is probably the only place where ordinary human can freely express their thoughts and feelings to friends and followers, if not the whole world. 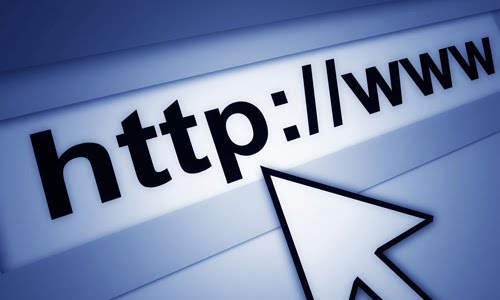 Nowadays, online users are consistently hooked onto the Internet largely because of the existence of social networking websites. The platforms available to share and be heard are so extensive. 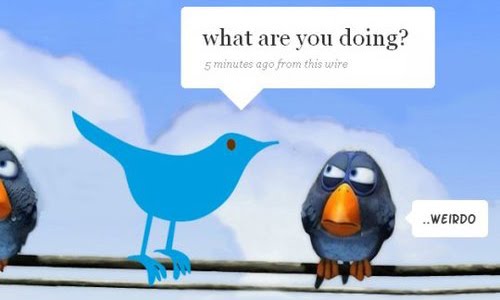 Tweeting can be fun. You share things within 140 characters – personal thoughts or rants, a photo that interests you or even links to Youtube and your blog entries. I have been using Twitter since early 2009. To me, Twitter is like a quick spin-off from blogging.

But my point for today is… that tweets can be deceiving. I always think that characters and words are expressionless – it doesn’t resemble the real emotions or actions of the owner. It can be ambiguous or misleading.

Let me give you some examples… It sounds so fun and exciting, the performer is on FIRE! Plus a twitpic from the concert scene too, great!

But is that someone really portraying the impression implied through that exhilarating tweet? Maybe he was actually just… 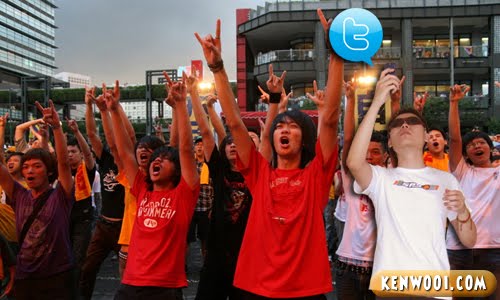 While the typical fans do things like jumping, chanting and singing along – he could be just playing the “media reporter” role – taking photos/videos and updating real-time status from the concert.

2) A tweet from a football fanatic watching a live football match. 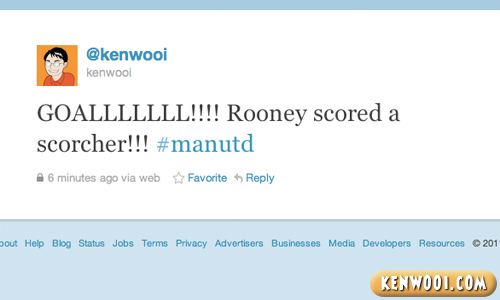 The tweet obviously celebrates a magnificent goal scored by his favourite team. So thrilling – it gives the impression that the dude screamed his lungs out while running frantically across an imaginary field.

But possibly in real life, it’s an entirely different scenario… 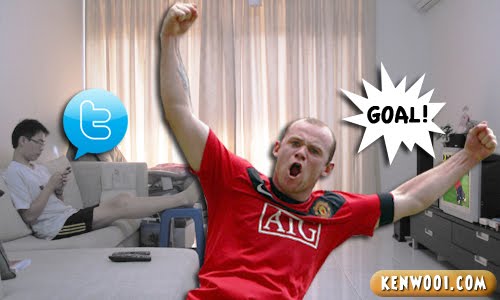 He could be comfortably seated on the sofa, typed that tweet and continue to stare at the match on Astro. #truestory

3) A tweet from a dude having a dinner date. 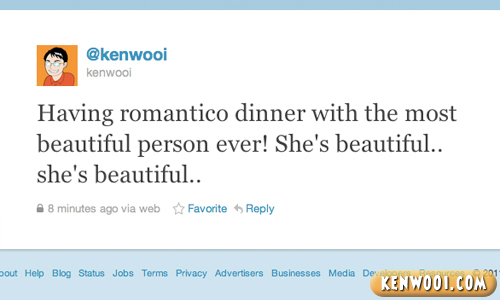 She’s beautiful, yada yada. We know you would catch a grenade for her, marry her and go all Bruno Mars on her.

But chances are, the dude might be afraid to tell that in her face. 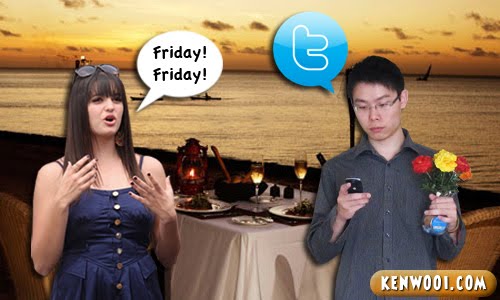 Perhaps it’s quite hard to express that since Rebecca Black is too obsessed with another dude named Friday.

4) A tweet from a friend clubbing in a club. 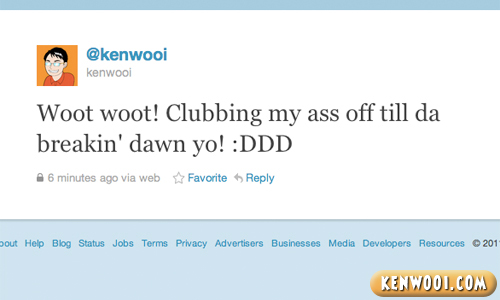 Woot woot! It seems like your friend is having so much fun at the club. His ass must be working out so hard.

But the thing is… that friend of yours could be just sitting by the table looking around. Or in between the dancing crowd playing with the phone, tweeting throughout the clubbing night… 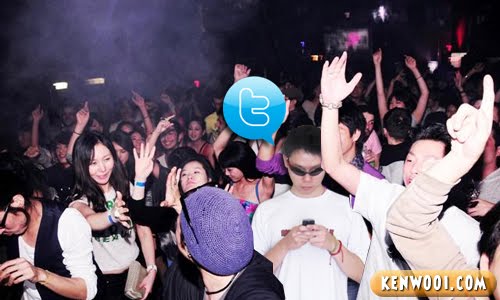 If the friend is clubbing and drinking so hard, he wouldn’t be sober enough type a well-constructed message on Twitter.

Even if he tried to, THIS will be the tweet… 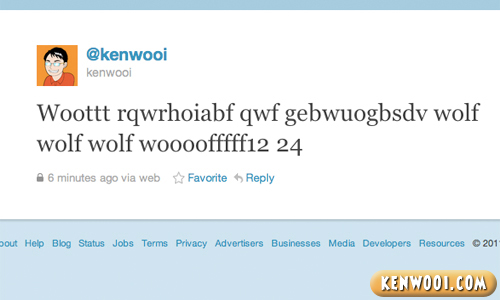 So yeah, the thing is… status updates via the Internet could be so much fun, exciting and mysterious – whatever you share can imprint an image on the reader’s mind.

But the thing is… tweets can be deceiving. It doesn’t necessary mean the real thing. 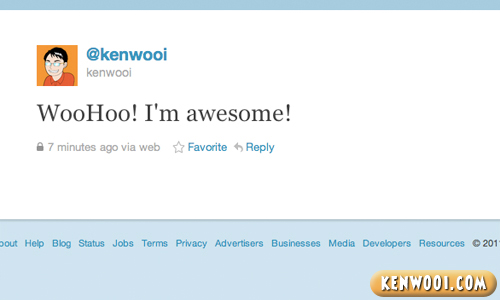 But in real life, this could be happening… 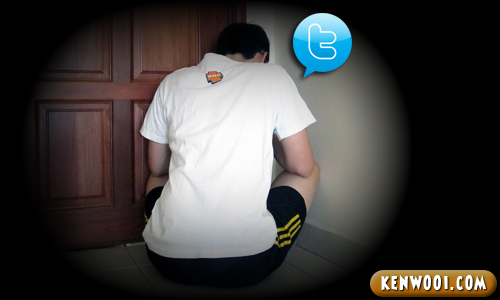 31 thoughts on “Tweets Can Be Deceiving”