Unlike last year where my family decided to have a family road trip to Kuala Lumpur, this year we’re back to what we normally do during Chinese New Year – heading back to Taiping! 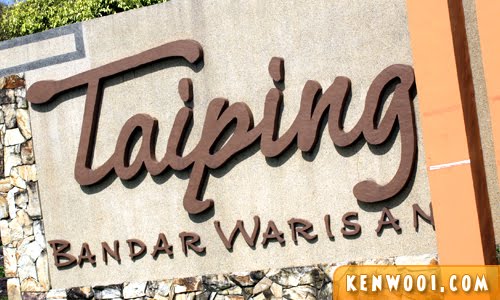 It’s my parents’ hometown and most of my relatives are living here – which is roughly 45 minutes drive north of Ipoh. Taiping is a small and quiet town I believe. Nothing much to see except for Taiping Zoo and Lake Garden.

Anyway, the traffic was smooth along the highway. 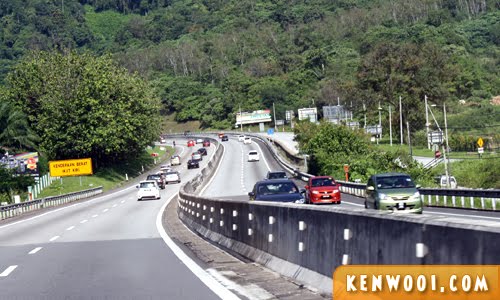 It felt like ages since the last time I’ve been to Taping. Not much excitement to be honest, more of the oh-I’m-seeing-relatives mood. Or… WHAT ARE THEY GONNA ASK ME mood too.

Nevertheless, it’s the place where my relatives reunite and as expected, we had our own lou sang lunch. 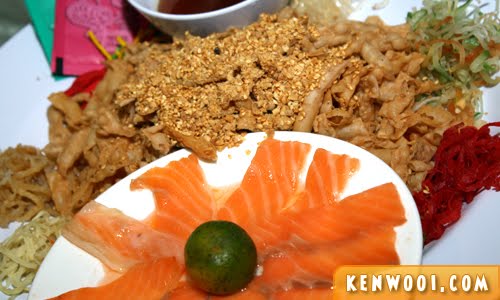 After lunch, we went off to the houses of other relatives. 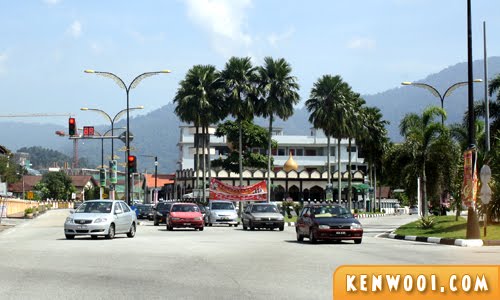 So one by one, we visited. Wished “Happy Chinese New Year”, munched on cookies and delicacies, collected ang paos, some long-time-no-see talk and the usual. You know the drill. 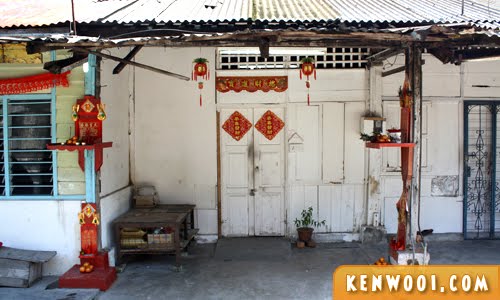 You know, the conversations that were brought up are always an interesting one. It’s so common that every year you visit the relatives – they ask the same questions, and say the same stuff.

Here are some general and widely discussed topics… 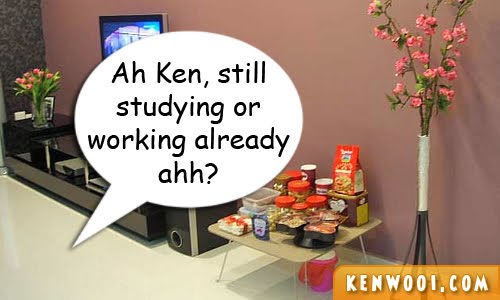 I’ve grown up so much that it’s always an amazing discovery to find out whether I’m still depleting my parents money, or working my ass off and earning my own money.

But yeah, I’m already working my ass off. This then led to the next question… 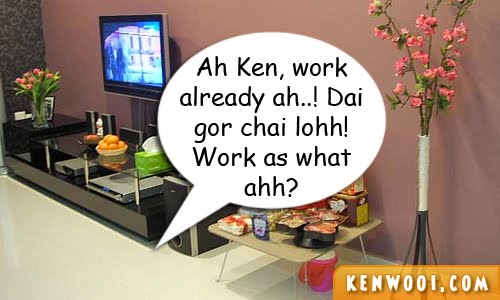 That’s what I refer to as “The Job Talk”. I’m currently in an IT Consultancy field, and explaining what “IT” itself is to the older relatives is quite tricky. What more trying to explain “Consultancy”? Uhh…

Therefore, I always resort to saying “Computer Stuff” in the end. I bet they must be thinking I’m a Computer Technician who fixes computers, or some sort. :/

Anyway next, another trending question… 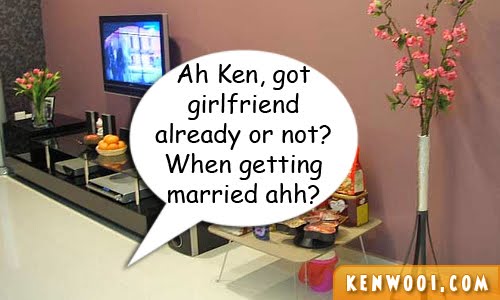 This year on five (5) separate occasions during the relative visitations, the aunties brought up “The Girlfriend + maybe Marriage Talk”. Got girlfriend? When marriage, look for me I check feng shui for you!

Am I that old for that already? :/

But what’s next is worse… 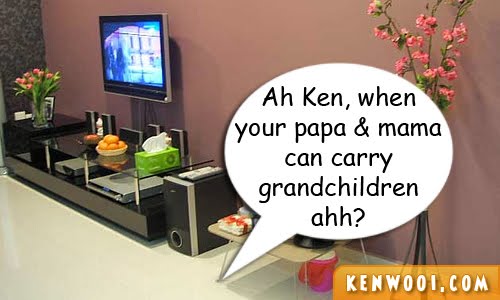 Aunties asked my dad when is he gonna have grandchildren? He said he doesn’t know and instinctively pointed at me.

Besides that, a very regular statement… 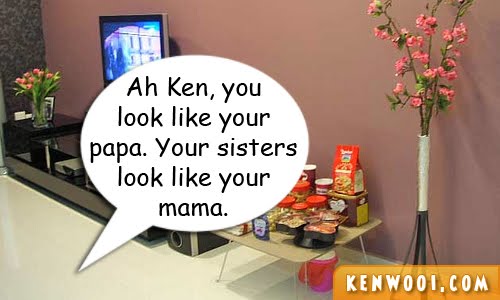 Oh yes, thank you Uncle and Aunty Obvious. You’ve been saying that every single year.

Anyway, it’s fortunate that the trip to Taiping was just a 1 day trip. By night, we headed back to Ipoh. 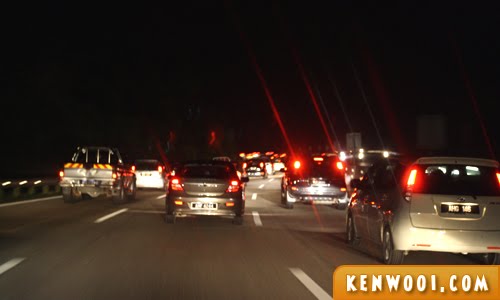 For me, the Chinese New Year “fun” doesn’t end there. Meeting up with the buddies are inevitable. 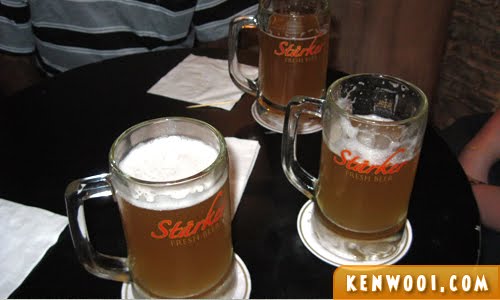 I was summoned to OverTime Ipoh for 2 nights consecutively. I’m not a drinker (as you all would agree), but I had 3 and a half pints from both sessions. Cheers!

By the way, it used to be Kinta City/Jusco or Ipoh Parade when it comes to meeting up back then – but apparently OverTime is the new meet up point in Ipoh.

Other than that, had lunch meet ups as well. 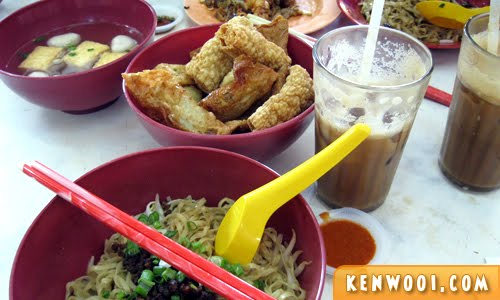 This is definitely the best lunch to have in Ipoh. It’s my favourite Hakka Mee + fried stuff from Nam Heong Coffee Shop – the true origin of Old Town White Coffee restaurant chain. :)

It was really crowded in Ipoh during the Chinese New Year period. The traffic in town was madness – suddenly so many cars. 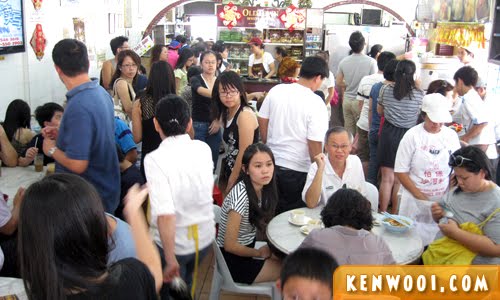 It’s even crowded at eateries – people actually stood beside tables, staring at other customers eating – like vultures waiting to pound on an empty table.

On a quite related note, dad asked if I bought new CNY clothes for myself or not. I said… nope, bought CNY spectacles instead…. 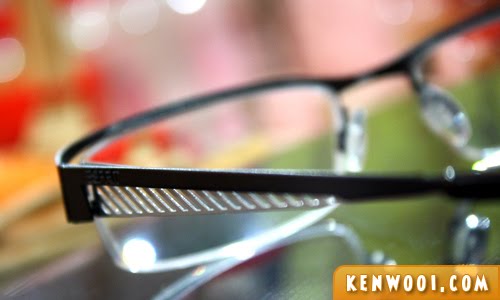 This is probably THE biggest ‘investment’ I’ve spent on myself. It surely feels good to self-pamper, something which I rarely do in the previous year. :)

Anyway, as I’ve said earlier, the only exciting thing about Chinese New Year is to be able to collect extra “bonus”.

The trip to Taiping was fine, despite not being able to visit some of the relatives due to their unavailability. 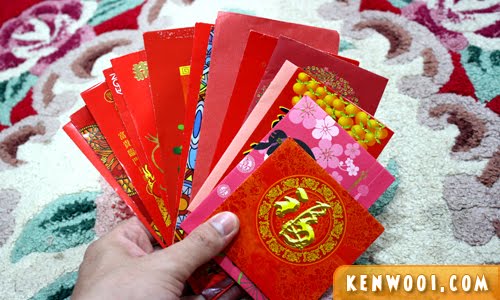 Nevertheless, this is what I’ve gotten from that trip. And I don’t think I’ll get anymore after this.

So, as requested by Hafiz on Twitter, I’m gonna include this part – the Bonus Collection Count! Let’s just see how much I made this year… 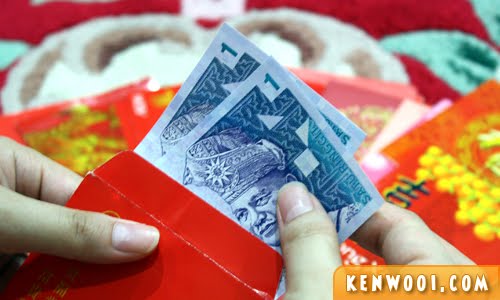 Opening up the red packets. Most of the them consist of multiple RM1 notes – totaling RM2, RM3 or RM4 per packet. 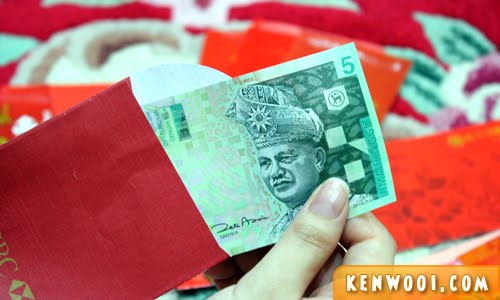 Some consists of a single RM5 note. 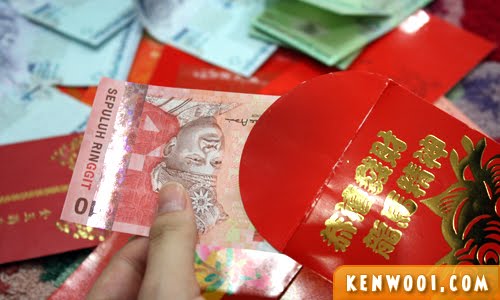 While only 2 consist of RM10 note. Yeap, that’s it – the conclusion of the bonus collection from Taiping. 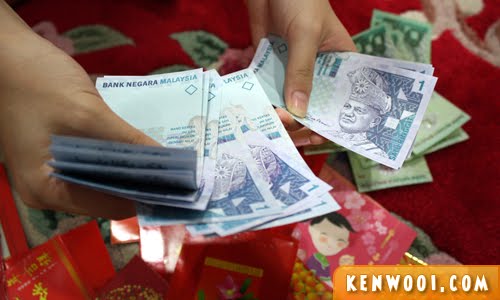 So with all the cash out from the red envelopes, it’s time to count, count and count. How much, how much?

And… my total “bonus” collection… less than RM100! WooHoo! 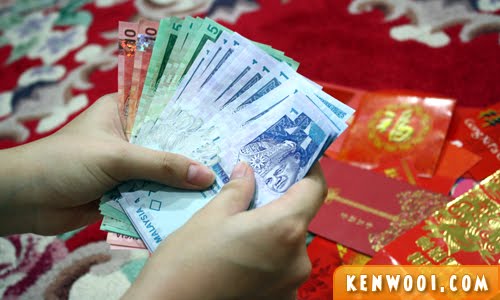 But while many from rich families can afford to buy expensive gadgets (particularly iPhone and iPad) from their ang pao collection, I can only afford to buy… what…?

Oh I know… a cover casing for an iPhone or an iPad. YESH!!!

But wait, I don’t even own any of those Apple gadgets leh… Crap!