PUTRAJAYA: The Malaysian government has announced that they have taken serious consideration and measures in saving the citizens from the wrath of a total world destruction this year. 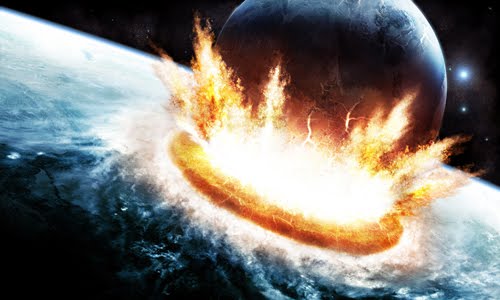 As predicted by the Mayan, an apocalypse will happen at the end of the year – 21 December 2012 to be exact. 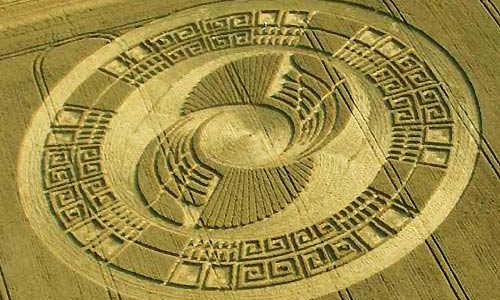 According to a philosopher, the Mayans are a serious bunch of civilization. They don’t fool around with the dates. If the rock doesn’t have anymore space, they’ll get another rock!

But apparently, truth to be told – the end of the world is near. Leaders from all around the world have secretly met up several times to discuss on this upcoming catastrophe.

As for the Malaysian government, a secret project was launch 5 years ago – and it has been kept as top confidential secret, until today. The Prime Minister has finally decided to reveal it to the people – it’s called the 1Malaysia Ark Project. 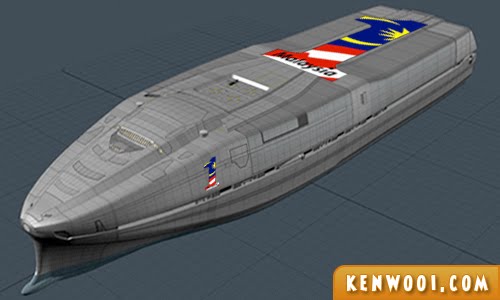 The image above is a prototype of the 1Malaysia Ark, designed by a top Malaysian engineer, Professor Ken Wooi. The prototype design, which was approved by the government, has been released to the public recently in order to provide hope for the Malaysian citizens.

“There would be only ONE ark built, and it’ll be ready by November 2012. Great!”, the Malaysian Prime Minister announced recently in a press conference.

When asked why only one when it could have been more to accommodate more people, he replied… 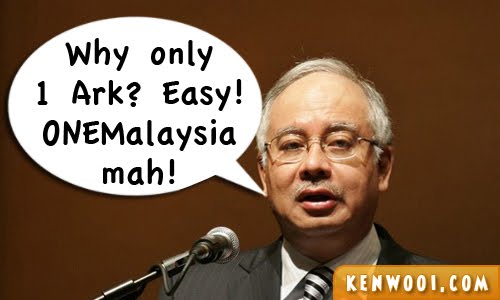 Also present at the press conference was Professor Ken Wooi. “So if you wanna survive the apocalypse and be around to countdown for 2013, this is your chance!”, he said while showing off his ultimate design.

After the press conference, the booking of survival packages on the 1Malaysia Ark was initiated – with the prices adjusted reasonable in return of one’s survival and comfort.

While many are still procrastinating, being last minute and having tak-apa attitude, there are still many packages available for sale!

People of Malaysia, prepare yourself to survive! Here are the packages… 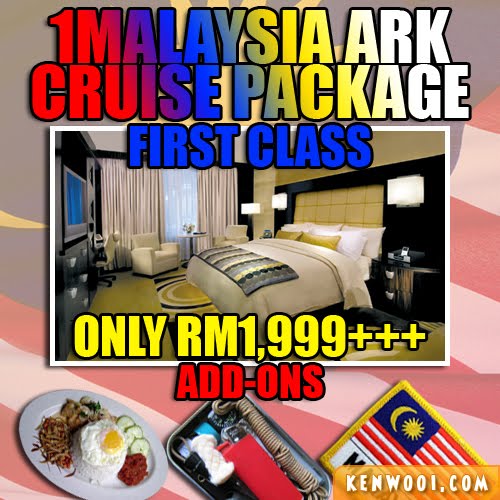 The package comes with add-ons such as breakfast for 2, world survival kit and a Malaysian flag.

This luxurious room comes with a huge window for live view of the apocalypse too! BEST BUY!!! The package comes with add-ons such as – breakfast and for 2, world survival kit and a Malaysian flag. No window at all. 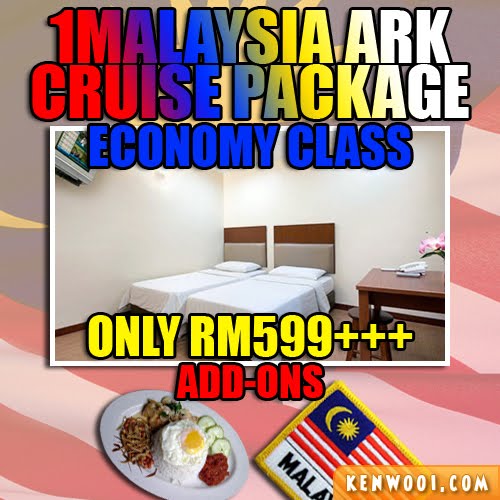 The package comes with add-ons such as – breakfast for 2 and a Malaysian flag only. 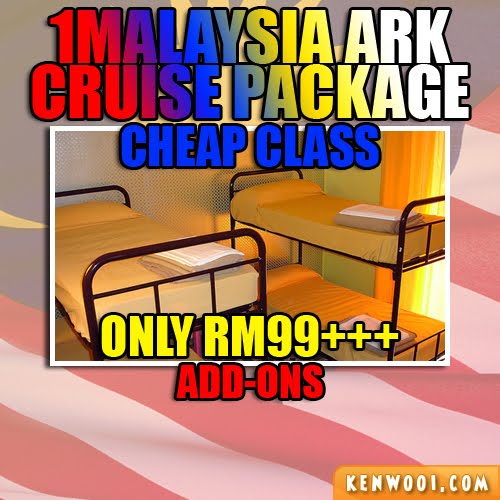 The package comes with nothing, you cheapskate!

That’s not all, the packages purchased can be topped up with special add-ons, customized for the Malaysian favourite past-time activities! 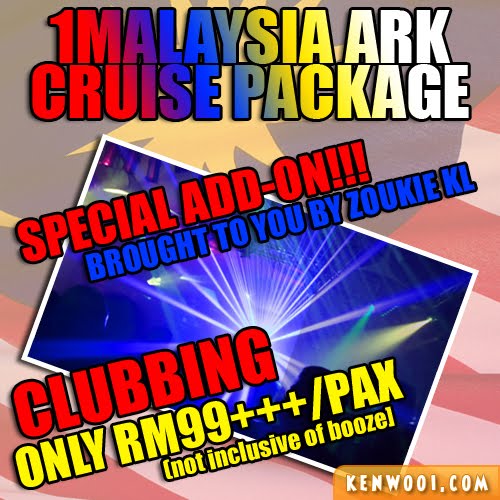 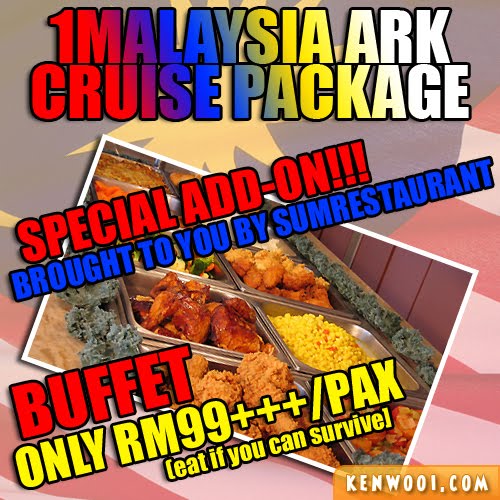 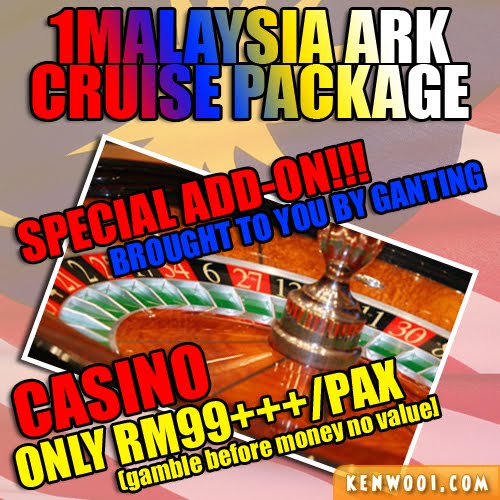 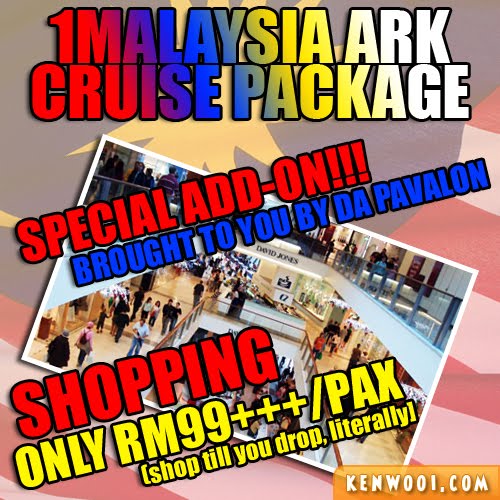 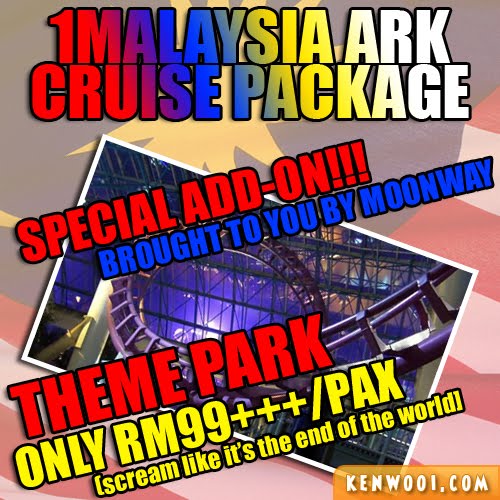 As the unofficial website partner of 1Malaysia Ark Project, kenwooi.com is giving out 5 free tickets for your survival – Complimentary FIRST CLASS (for 2) package! 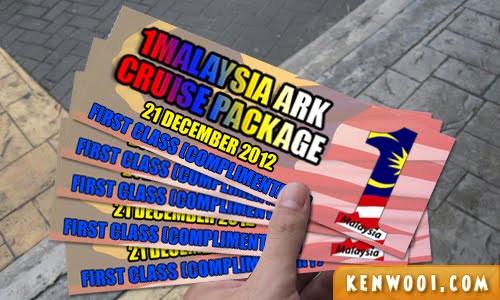 Yes, a giveaway! To get your hands on this free survival pass, just tweet and five (5) lucky survivors will be selected.

If you’re not lucky, fret not! You still have time to buy now before it’s too late. The room packages are limited, do purchase your survival while stock lasts. Buy it at any 1Malaysia Sundry Shops near you.

All prices are subject to 10% Service Charge, 6% Government Tax and 5% Survival Fee. 100% of the proceeds will go to the Fund for Malaysian Living (FML).

On a related note, the official website for online purchase will be launched soon. Please be patient.

– This news is reported by Kenwooi News Network (KNN).

37 thoughts on “Malaysians to Survive the End of the World”