I love lunch hours during work. Who doesn’t?

It’s possibly the best time to excuse ourselves from whatever work commitment and tasks we have. Just eat, chill and relax right – albeit for only an hour or so. 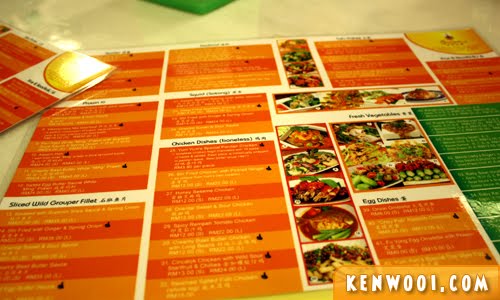 What are the problems? Here are 5 typical problematic scenarios…

1) Colleagues order as though they’ve not eaten for ages. You order a reasonable priced food sufficient for yourself. But, the grand total is equally divided. 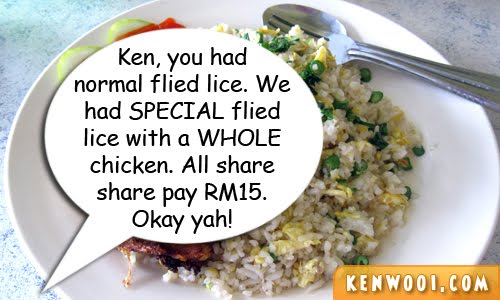 2) Everyone order a standardized set meal. Some colleagues order side dishes, meant to be “shared” but they end up walloping all. For example, a plate of fried squid but you took only 1 or 2 pieces.

But still, you have to pay the share because it’s “shared”. 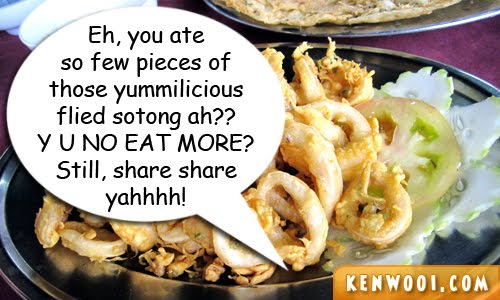 3) A colleague offers to pay first. Your meal costs RM8 and you gave RM10. But since he didn’t have the change, he says “next time” – but after weeks and months, the RM2 change never seem to return.

If you remind him about the petty RM2, it would make you look damn calculative. 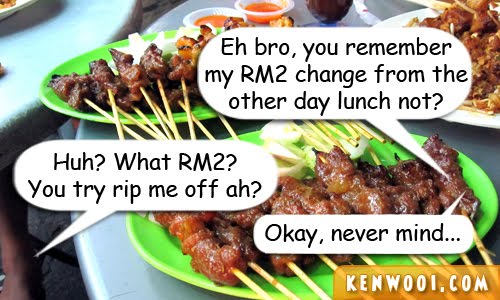 4) You offer to pay first. Your colleague’s meal costs RM11 but he gave you RM10 – saying that he’ll pay the remaining RM1 later. But as expected, it never happened.

It’s so pathetic if you “request” for that RM1. So you gave up. 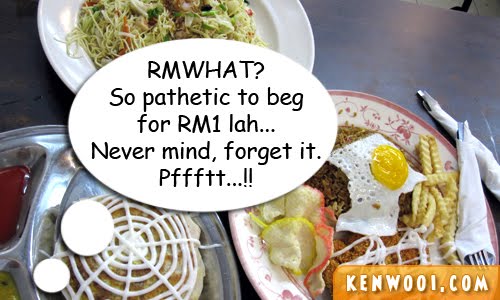 5) Boss brings you and your colleagues out for lunch. He orders like a king and encourages all to order too – seems like he’s gonna settle the bill. But after paying first, he tells everyone to pay up in the end. 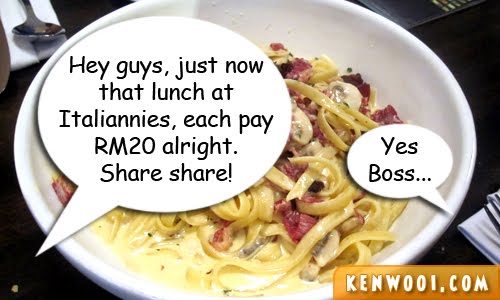 Yay! BEST. BOSS. EVER! Teaches us financial planning during meals.

Oh well, I personally think that this is unacceptable. It may be a petty issue for many, but that’s not the case for some.

You know what, the next time I have lunch with colleagues, the calculator will come along. Yes, you betcha! 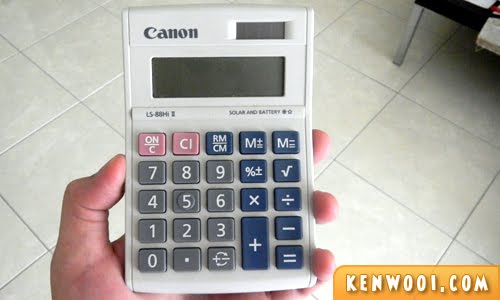 At least I can pass it around for calculation, or if not – I calculate for them on the spot and show them the exact amount.

Or even better if it’s a scientific calculator… 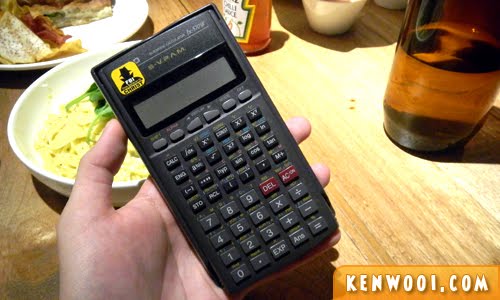 Can calculate with all the sophisticated sin, cos and tangent for accuracy. Eh, every dollar and cent count weh.

So if you’re my colleague one day, you better watch out while we’re having lunch together. I don’t earn to chip in for your meals alright. Don’t play play. 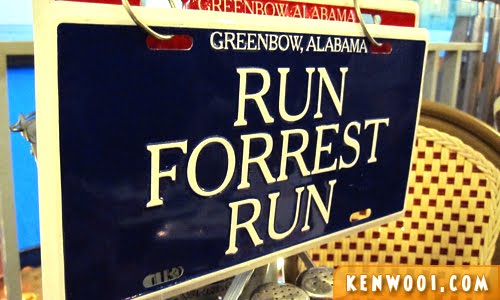 If you play play, you better run to the forest… away from me.

Uhh, wait… I’m not sure what does that mean though. Anyway, point delivered. Kthxbai!

Disclaimer: Conversations are for illustration purpose only.

34 thoughts on “Lunch Problems With Colleagues”