I don’t think I’m a true Chinese. Eh, what am I saying? Pfftt!

As much as I like having holidays, the Chinese New Year period is just another festive season. Look – it’s Chinese New Year, AGAIN! The CNY last year just feels like yesterday, seriously.

Anyway, one of the typically things about Chinese New Year is the display of lanterns – particularly red ones. 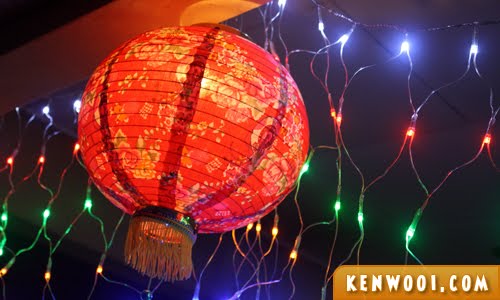 Well, not really. Those at my home are actually left hanging throughout the whole year. They’re only lighted up during Chinese New Year. 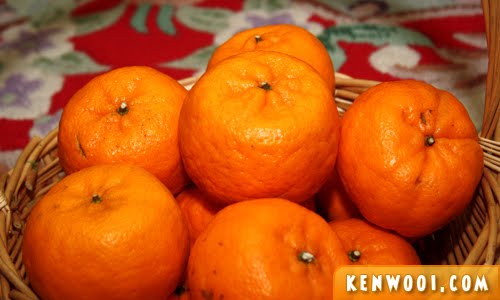 Next up, the exciting part – collecting red packets, or also known as ang paos! 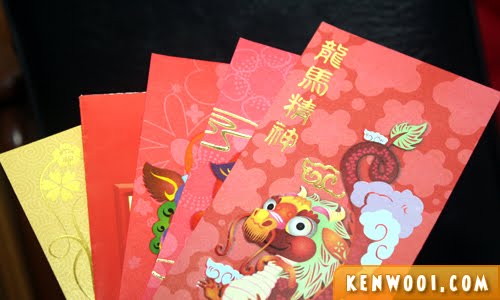 Visiting relatives is one thing. Getting extra ‘bonus’ is another thing. :D

And very often, it’s the only time of the year where we receive brand new bank notes! 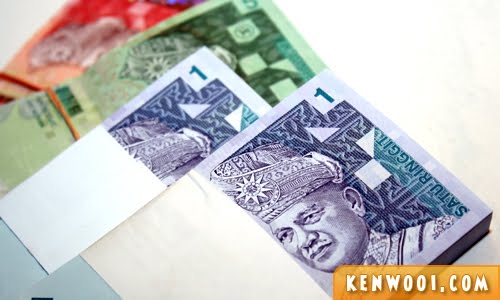 I love new bank notes. As much as I wish to frame them up and display it, I guess the money are meant to be spent after all. Heh.

Chinese New Year is also the time where we indulge in New Year food and delicacies! 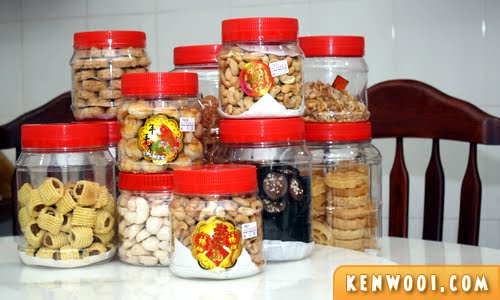 All packed in transparent containers with red covers, it’s always hard for your hands to resist from reaching into them, pick a piece and start munching. Oh well, it’s the season to be fat – some say! ;)

Also, the noisiest thing of all… the firecrackers! 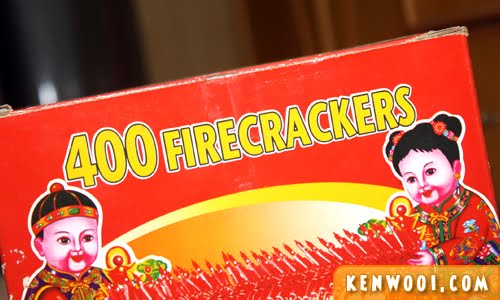 They’re actually banned right? But if there’s a will, there’s always a way – by hook or by crook, the suppliers will bring them into the markets. What is Chinese New Year without the traditional firecrackers right?

Another traditional yet annoying thing about Chinese New Year is none other than the songs, and the TV shows. 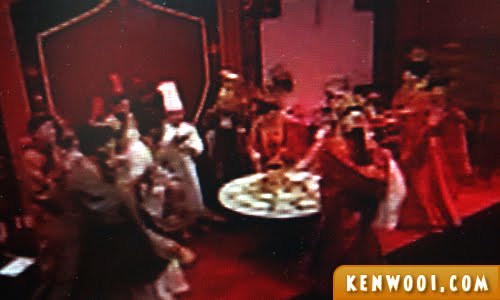 When I was a kid, I used to enjoy watching groups of people singing and dancing along to the dong dong dong chang melodies on TV. Syok sendiri much right?

Nevertheless, the best part about being back in hometown Ipoh during Chinese New Year is surely the home-cooked food. 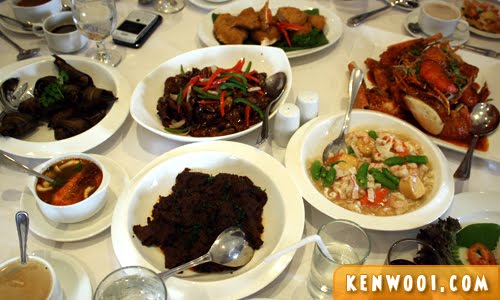 Once again, it’s a season to gain extra weight! There’s just too much stock of food at home. Just gotta love the abundance of food! :D

Other than that, Chinese New Year is the season to be red. In fact, mum told me to wear more red this year – since it’s my year, if you get what I mean. :) 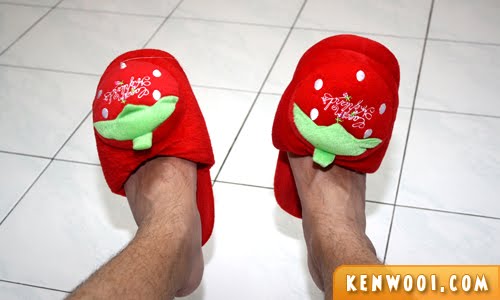 Besides that, displaying the God of Prosperity statues is so common. 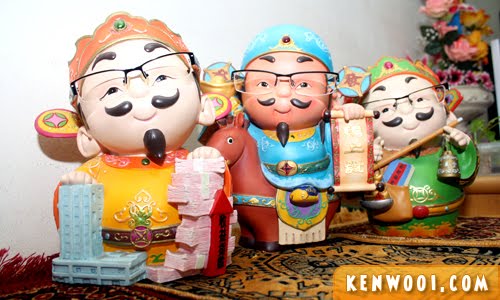 Well, for the many, Chinese New Year is the season to have fun, fun and fun! For the kids, it’s the firecrackers.

But for the grownups… 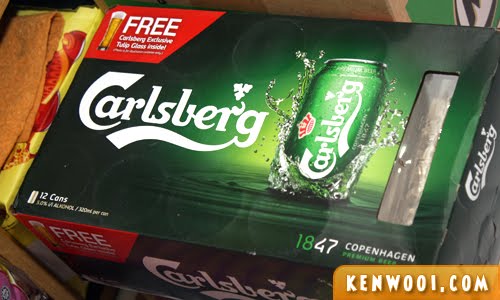 I may not be picky with the choice of booze, but there’s this particular one that captures my attention – I somehow feel that it’s calling my name… 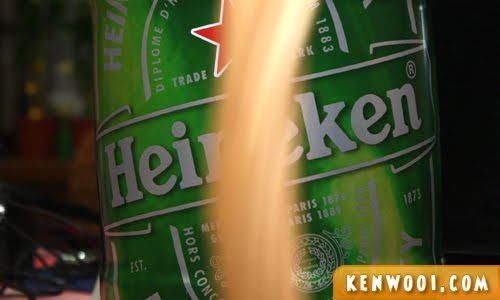 So after getting to know each other, I’m finally a proud owner of a 5L Heineken barrel! My precious!!! 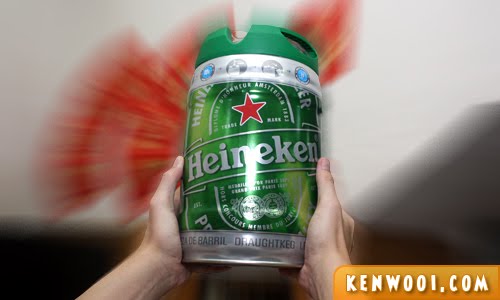 Chinese New Year resolution this 2012 – Not to get drunk!

Anyway, kenwooi.com would like to wish you a “Happy Chinese New Year”. Have a bountiful and prosperous year ahead. Gong Xi Fa Cai! Cheers! :)

26 thoughts on “The Things About Chinese New Year”