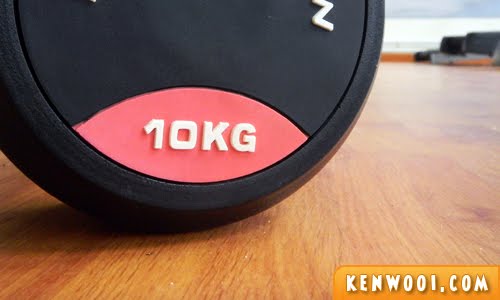 Some noticed it, and asked how did I manage to do it. Losing 1kg is hard enough, what more 10kg? It sounds unbelievable to them.

So ladies and gentlemen, if you’re interested to know how “Ken the Fat” turned into “Ken the Not-So-Fat”, here’s the fairy tale…

Back in 2010, I was still residing in Ipoh. Still living at home with my parents, where food is abundant. Anywhere, anytime – sure got food! 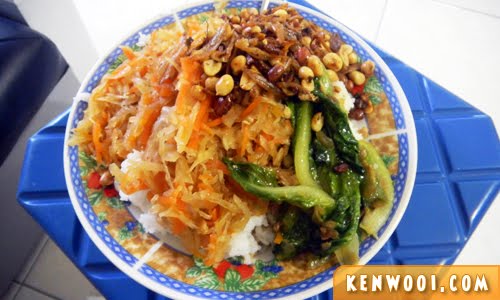 This used to be the size for all my meals in Ipoh. Huge and super filling.

I had a big appetite back then. I can have food for breakfast, lunch, tea time, dinner, pre-supper and supper. Whenever I feel hungry, just whack! Instant noodles were my all-time favourite!

And this was what I got myself into… 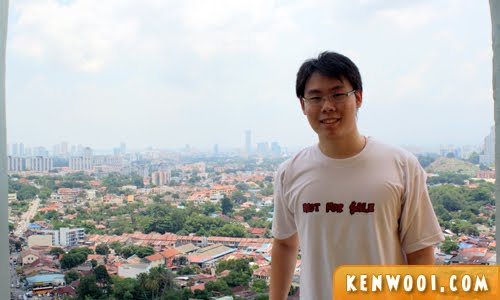 And another one, also from the same year, in August… 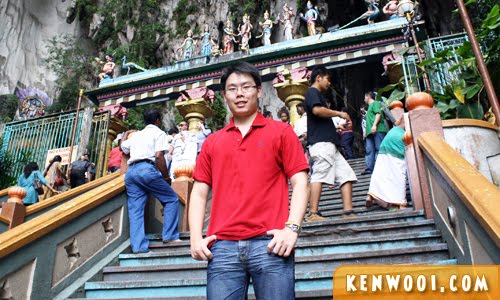 Some of you would have shrieked or screamed in extreme shock… KEN, DAFAQ? SO DAMN FAT YOU?!

But it changed, unintentionally and unplanned, from November 2010 onwards – I moved to Petaling Jaya and started my new job. My lifestyle changed, my food consumption changed, and my diet changed. 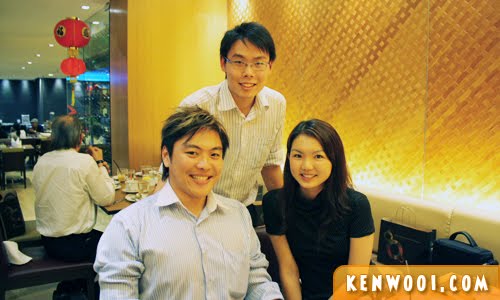 This was me in January 2011. The guy standing in the middle, I mean. Gradually shredding fats.

And this was me in November 2011 – the completed evolution of “Ken the Fat” to “Ken the Not-So-Fat”. 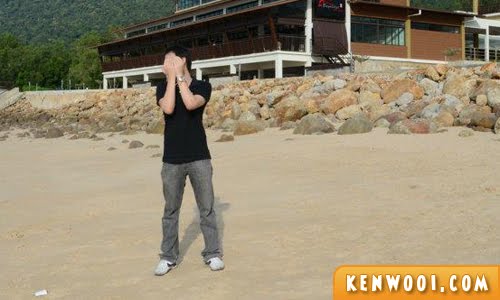 At the time this photo was taken, I’ve already lost 10kg – from 78kg to 68kg. I myself couldn’t believe the figure.

Whenever I return to Ipoh, many were surprised with the drastic change. Some thought it was because of stress at work, some thought I don’t have enough money to feed myself, and some thought I starved myself.

Okay, maybe I did starve myself a couple of times previously. But I don’t do that anymore. 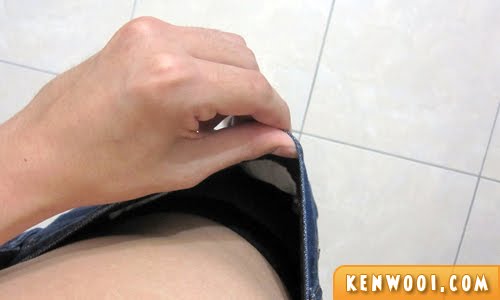 But hey, how did I manage to lose so much weight in such a duration?

Well, I think this was how it happened…

I used to swim years ago, and it was all just for fun. Okay, not swimming – soaking in water to be exact. But over a year ago, I picked up swimming as a form of exercise. 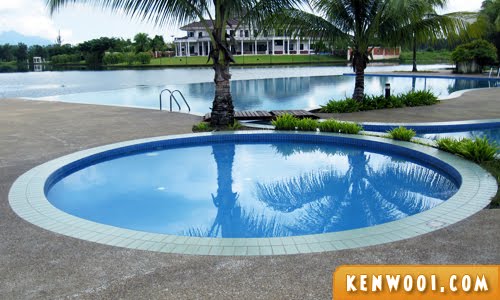 Eh wait, not swimming in this pool okay. This is for kids. I’m no kid.

I swim here instead… 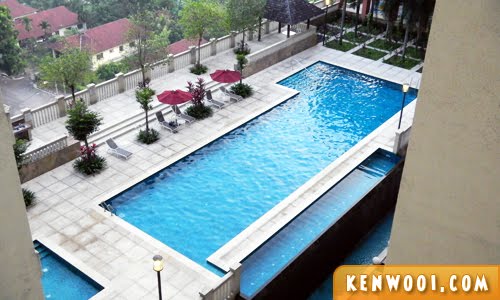 Swimming provides a total body workout. At the earlier stages, I used to swim like… EVERYDAY! 20 to 30 laps daily, and sometimes up to 50 laps when I’m feeling nuts.

The self-driven motivation kept me going. It wasn’t on purpose to slim down – it was more of a desire to stay physically fit and healthy. 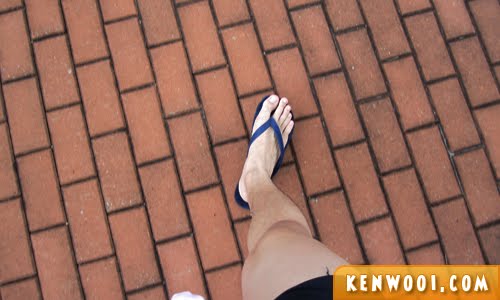 Unexpectedly, the swimming effects have been tremendous. Constant workouts have shredded fats off my body. As a result, I became thinner.

Anyway, that’s not the only aspect of losing weight.

Unlike being home in Ipoh, this home of mine in Petaling Jaya is totally different. Oh by the way, I don’t own this home. 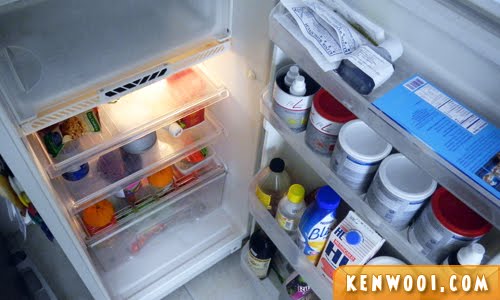 Over here, there’s no food at all. I don’t stock up on food, never. Not even solid food to munch on.

No one cooks either. Hence, no more instant noodles.

So if I’m ever feeling hungry, my saviour would be… 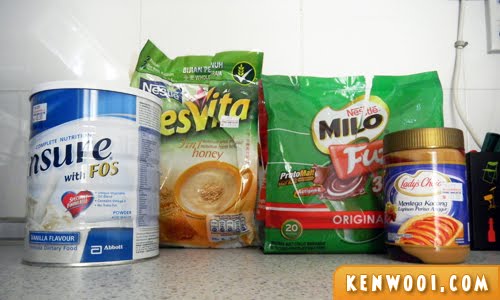 Either a cup of milk, a cup of Nesvita, a cup of Milo or sometimes (very rare though) a scoop of peanut butter spread. Noms.

As mentioned earlier, my food consumption has greatly reduced. I have minimal intake for breakfast, lunch and dinner. 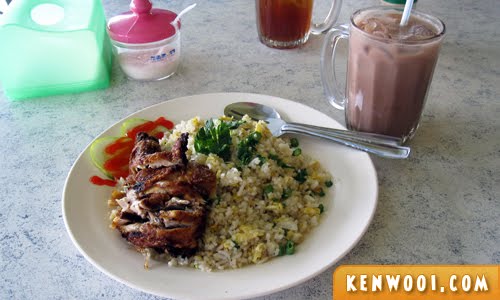 For example, a simple fried rice with chicken for lunch is enough – can last me the whole afternoon.

While some people love to “eat for fun” or munch on snacks and tidbits at anytime of the day, I don’t have the tendency to do so.

I won’t eat for fun. 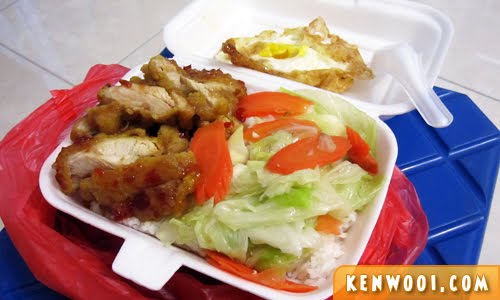 Even a simple economy rice for dinner is already sufficient and it shall last me until the next morning. No more pre-supper or even supper – stopped ever since I left Ipoh.

But of course, I have my fair share of good food every now and then as well – but at a very low frequency rate. 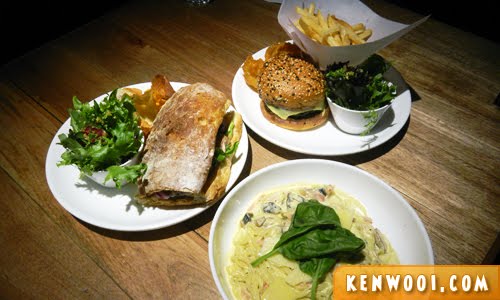 Perhaps at most only twice a month?

Basically, I’ve stopped being a big and frequent eater. I only eat when it’s necessary – that’s self-discipline I guess?

And I’m not sure whether this activity has an effect on losing weight or not, but I’ve been drinking slightly more often too… 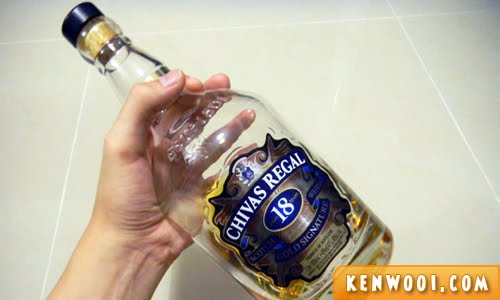 Eh what… Beer belly, you say?

Furthermore, I’ve been hitting the gym these days. Look… 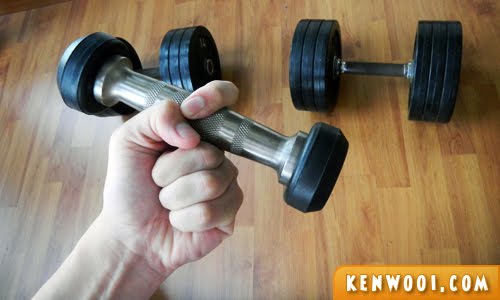 See! 1 finger can lift the dumbbell already. So strong, don’t play play! I can also lift the ones on the floor too. Hmph!