That’s probably the best way to describe the Wong Fu Productions Live in Malaysia event over the recent weekend. 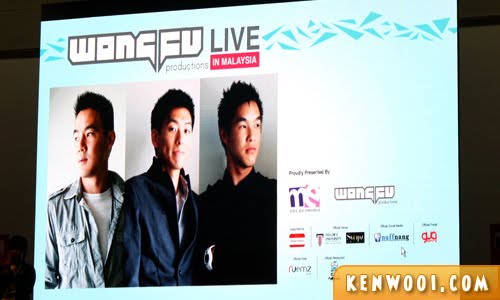 To start with, I do watch the videos from Wong Fu on and off. It wasn’t supposed to be an event for me, but thanks to DiGi and Nuffnang – I had the chance to see the strangers live. 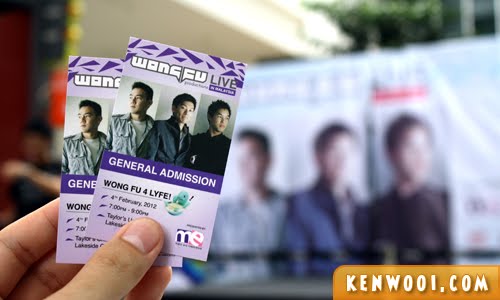 So I received the passes to the WONG FU 4 LYFE session, which was held at night at the Taylor’s University Lakeside Campus. 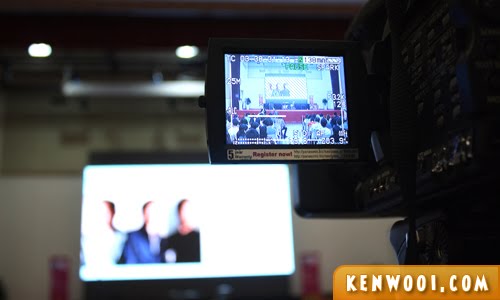 During this visit to Malaysia, only Philip Wang and Wesley Chan were here. Ted Fu couldn’t make it due to some personal matters.

Nevertheless, the show went on. 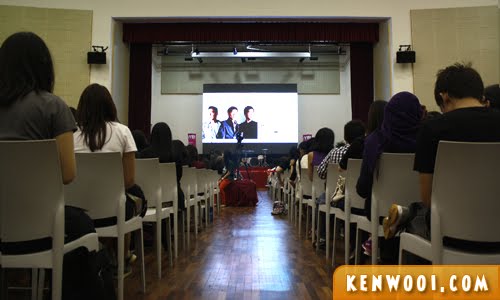 The night started off with performances by local groups and artists such as Once Upon A Time There Was A Sausage Named Bob (wth why the band name so long and funny?!), Shawn Lee the beat boxer, and dance crews EleColdxHot and FreeInsiX. 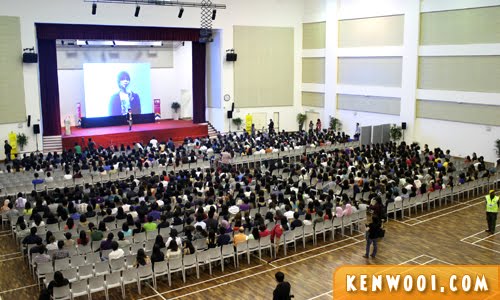 Here’s the crowd in the hall, all waiting for the appearance of Philip Wang and Wesley Chan.

And once the local performances were done, the duo finally appeared on stage. And eventually, screams were thrown at them non-stop. 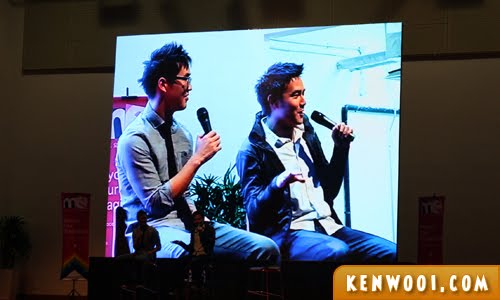 It was a conversation session with Philip and Wesley. They shared stories on how they met and what inspires them to continue producing short films. It’s after all their passion for directing that made them pursue their dreams with Wong Fu Productions.

Videos were also shown during the session, mainly to exhibit the type of videos Wong Fu produces. One notable one was the music video collaboration with Wang Lee Hom.

Oh yeah, despite not having Ted Fu around – he came up with a video for the Malaysian fans. 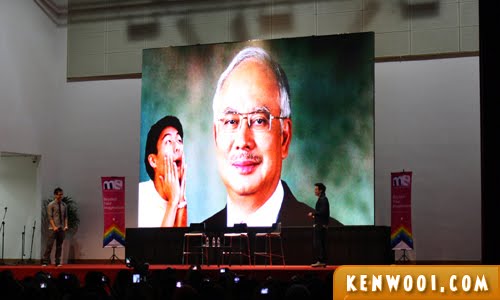 Apparently on his video, he has met our beloved Prime Minister. Great.

Anyway, earlier during the day, the Meet-and-Greet session was held. 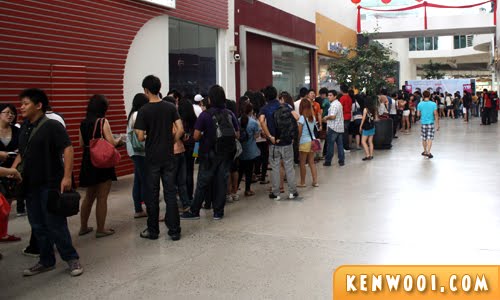 Fans were lining up and the queue was really, really, long. And you know what, majority of them are girls. I know I’m stating the obvious.

There were lots of self-made posters – typical fan posters to be exact. 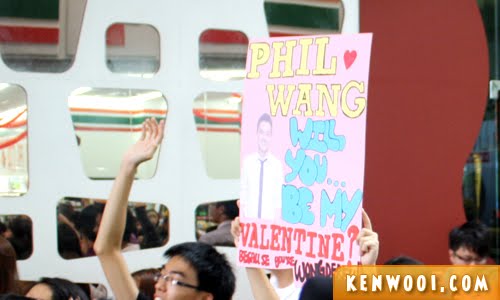 Some asked Philip Wang to be their Valentine. 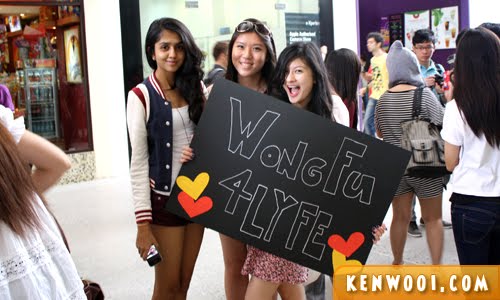 Some with a simple banner with love shapes. 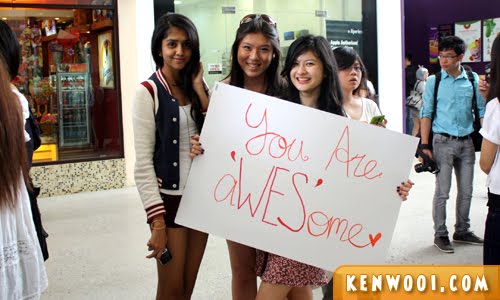 The same some with a simple banner with love shapes, AND a statement with a hidden message on the other side. Obviously for WESley Chan.

You know, sometimes I even wonder if Wong Kok is ever affiliated with Wong Fu or not. 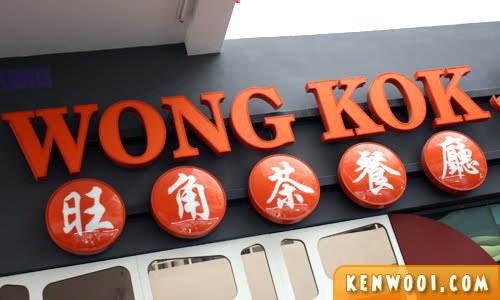 Anyway, when Philip and Wesley appeared on stage during the Meet-and-Greet session, the crowd went wild instantly. Screams all around. 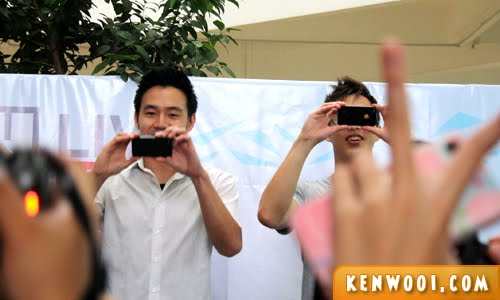 From flashing cameras to recoding video cameras, screaming girls to screaming-like-a-girl dudes. Yes, Malaysians are just being Malaysians – they’d go crazy over anything that’s out from Malaysia. 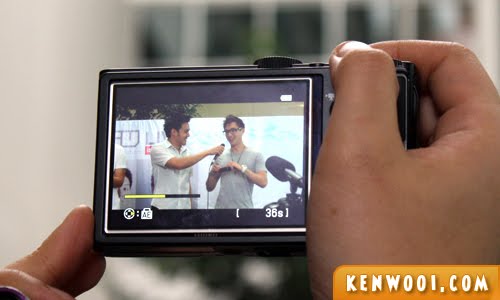 Philip and Wesley did a quick greeting, said how fun it was being in Malaysia, and the Meet-and-Greet session ensued.

So one by one, the fans went up the stage to literally “meet and greet” the superstars. Some just shook hands, and some of the girls would shake hands AND hug the guys.

See how lucky and happy they were… Everything was fine, but there is a problem… an “usher” below the stage would urge avid fans to get off the stage immediately. Furthermore, the usher won’t allow the fans to take photos whilst on the stage.

So I did my mental calculation – if a girl shakes hands and hugs BOTH Philip and Wesley, that would possibly take each of the girls about 5 seconds.

And if I skip the handshake and hug, I’d then have 5 seconds to pose with Philip and Wesley, and allow Tian Chad to capture a superb photo of me and the dudes.

But plans always go wrong. So when it was my turn… 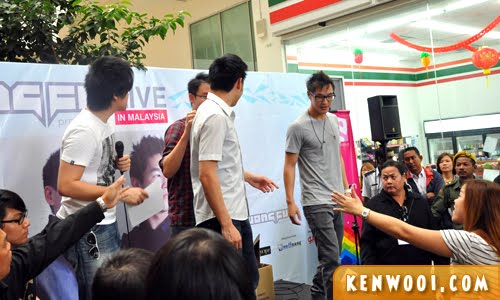 I went straight behind, in between Philip and Wesley, and tried to get them to pose nicely with me.

But… it was a mess! Jin from Hitz wanted to pass me the autographed Wong Fu poster, the usher was yelling “Sorry no photo!” several times, Philip turned away and Wesley was about to put his arms around me. 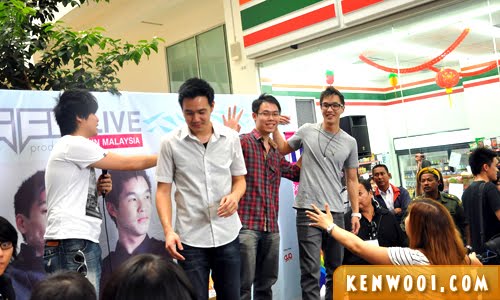 THIS is what I got. Pretty messed up eh?

Just look at that noob usher stretching her arms out as if she’s so desperate for me. -.- 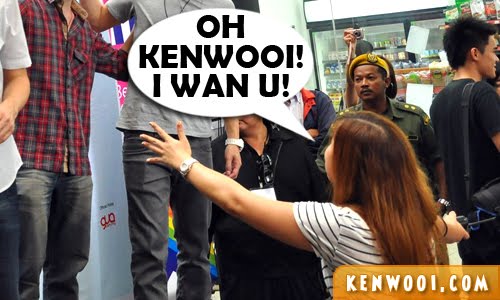 Why does each fan girl get to stay for 5 seconds, but I’m immediately told “Sorry no photo!” right at the second I went between them? Honestly, I was displeased.

Can’t my handshake and hugs be replaced with a decent photo? Apparently not. 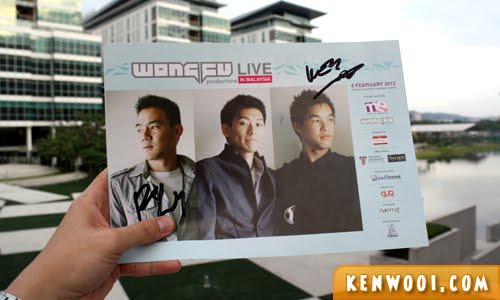 So, the autographed poster is in my hands, but still – no decent photo. I’d definitely prefer a good photo than a poster.

I was in distraught, decided to take a stroll and I saw this… 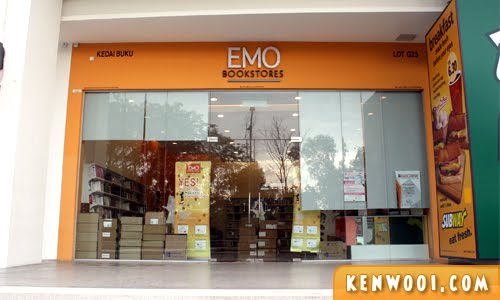 Yes I was quite emo that time. 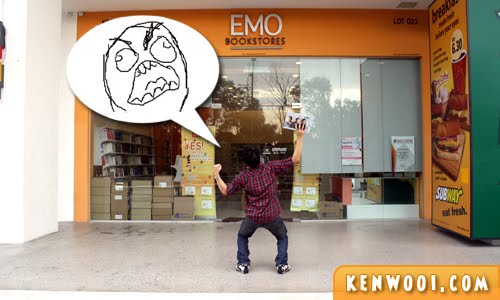 Y U NO LET ME TAKE NICE PHOTO WITH THEM?!

Oh wait, I’m not a hardcore Wong Fu fan anyway. But it’s not like I can get a nice photo with the dudes from Wong Fu anytime right? Hmph!

27 thoughts on “No Nice Photo with Wong Fu without Ted”