I used to be in a band – a marching band to be exact. It was years ago, and it was called the Michealian Military Band.

Over the 5 years in high school, I was actively involved in the school band. Some say it’s like a group of Green Power Rangers. 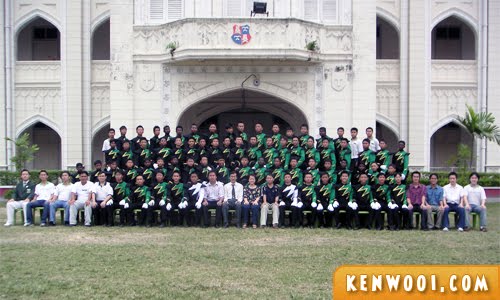 Frankly, I didn’t see myself being a part of this group when I was a little innocent boy in Form 1.

There were other prominent uniformed units such as Scouts and St. John Ambulance, but the influence of a close friend (see, I was innocent!) got me signed up as a band member.

Fast forward 5 years, my time with the band came to an end. My last year ended with me taking up the Treasurer and Section Leader responsibilities. 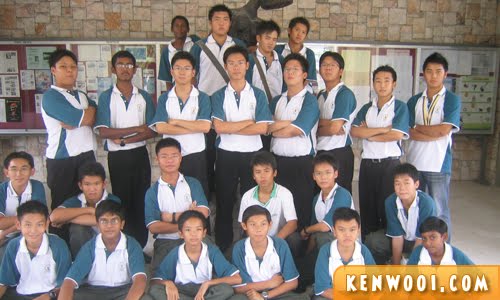 This is probably the best group shot of my section, the Woodwind section if you’re wondering, after my final Annual General Meeting.

Can you spot me? Black enough or not?

Anyway, being in the band – I’m suppose to be able to play some instruments right? Well, besides the casual drum beats and trumpeting the trumpet, my main instrument was… 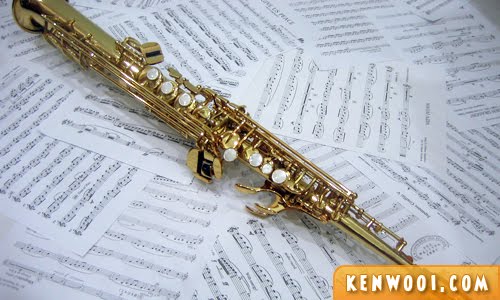 The Saxophone, the Soprano Saxophone – just like Kenny G.

Life in band was filled with ups and downs. Despite the hardship and sacrifice (of studies) I’ve gone through as a band member – it’s something which I never regret doing. 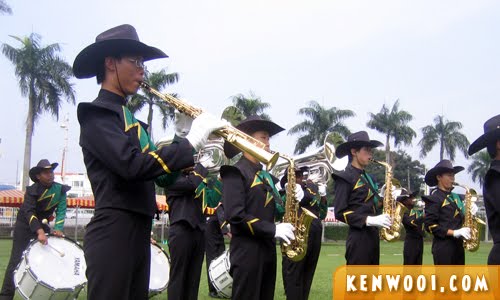 Being in the school band has somehow nurtured me into the person I am today. Commitment and dedication towards a passion are some of the traits I picked up.

I was involved in numerous concert performances. 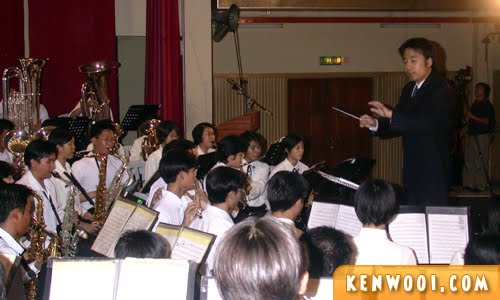 Had band exchange activities with other school bands. While my band friends had fun knowing other school’s band girls, I didn’t.

Besides that, there were indoor competitions as well. 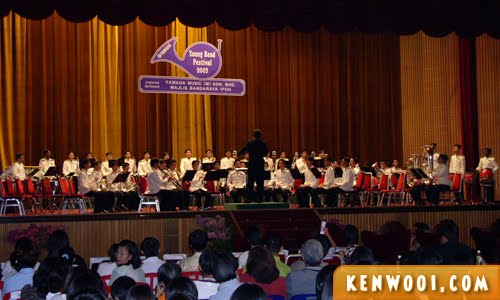 The one I clearly remember was the Young Band Festival in 2003. It was held at the Ipoh Town Hall and we managed to win gold medal. :)

Other than that, the band was involved in the State-Level National Day celebration every year. 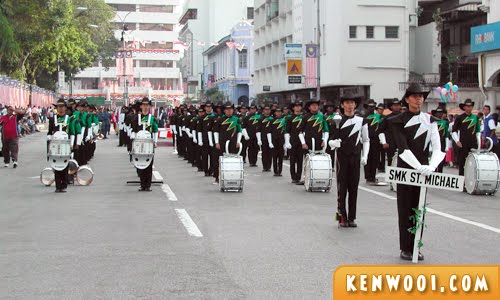 Such parade is always tiring because we had to march non-stop for 1 hour plus – but it was always fun, especially when we get to play cool marching songs, and some patriotic songs.

However, practicing for such a parade requires us to be under the sun. Getting dark is inevitable.

Also every year, the band participates in the annual Perak State-Level Marching Competition – which means more practice under the sun. 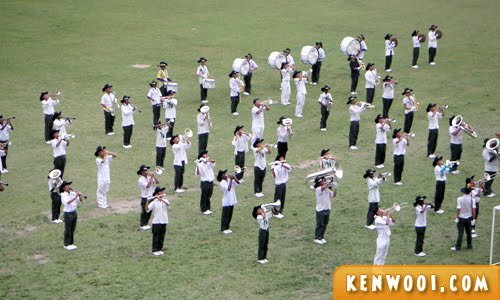 Such marching competition is highly regarded by the school, especially by our then principal. Each year the members practice regularly months before the competition.

The formation coordination is very important, and synchronizing the coordinated shapes and movements with music is another criteria. 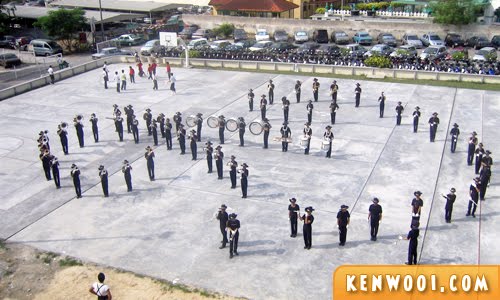 Practicing under the hot sun on most of the days means two things – getting exhausted, and getting burnt! 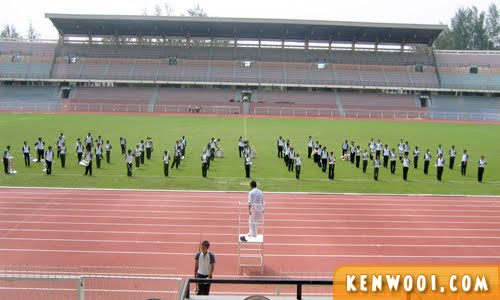 Well, as the marching competition edge closer, we would have rehearsals at the Perak Stadium.

And during the competition night, it’s always an all-out performance to impress the judges and audience. 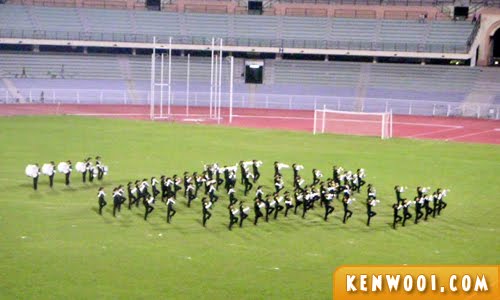 As much as we hoped to win the state-level and represent Perak in the national-level, the closest we’ve got was 2nd placing.

Nevertheless, we celebrated like kids with lots of joy. I miss those moments, and the experiences were priceless. But at the end of the day, there is one part of being in the band which I remember fondly. 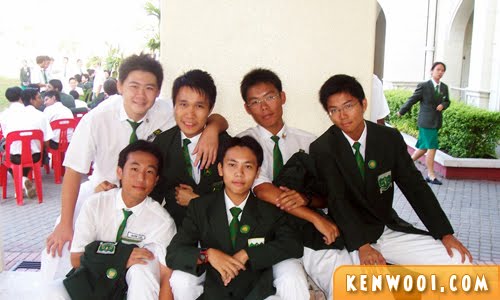 Can you spot the Blackie?!

By the way, I may be “Snow White” now – since I get comments saying I’m so fair. But hey, did you know that I was “Charcoal Black” years ago? ;)