When one relates my hometown, Ipoh, to dim sum – the famous name “Foh San” normally comes into mind. 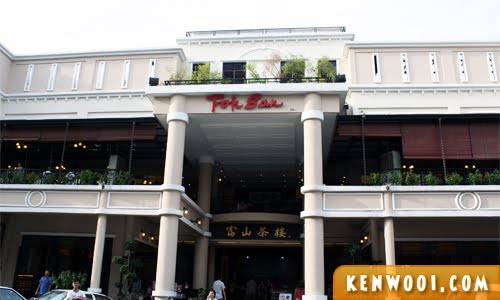 I always have an affection towards having dim sum for breakfast. As much as I like feasting on this famous Chinese cuisine, there’s always a tiny challenge.

The challenge – waking up early.

Being back in Ipoh on one of the weekends, I insisted on waking up early for dim sum at Foh San. 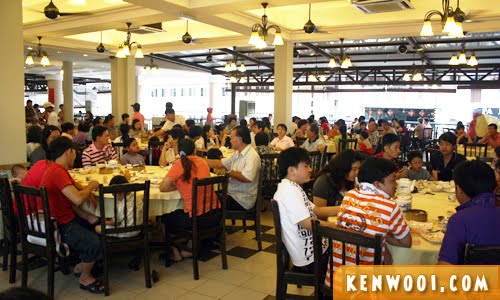 Eventually, it was quite a hesitant success. Nonetheless, a trip to the famous dim sum outlet in Ipoh ensued.

Here’s a typical “I-had-dim-sum-woohoo!” write-up – let’s walkthrough on some of the delicacies we had that morning for breakfast… 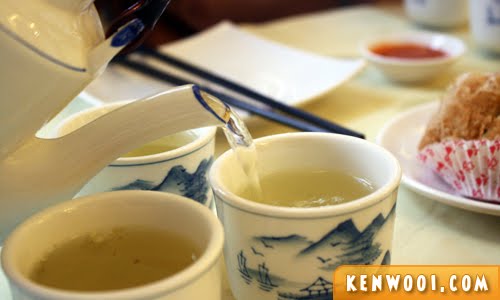 A perfect company for dim sum – tea, served warm. We had Chrysanthemum Tea that morning. 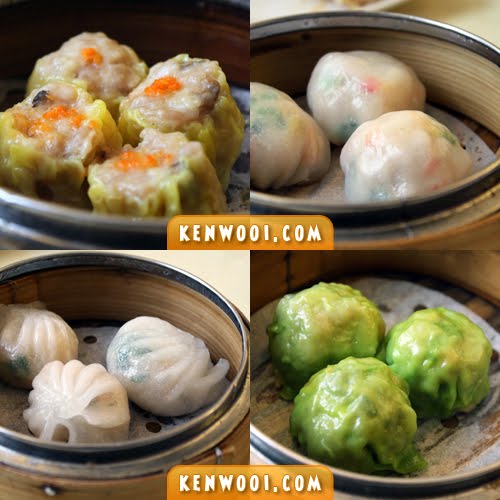 As usual, a variety of steamed dim sum. Siew Mai, Seafood Dumpling and Prawn Dumpling – to name a few.

Despite numerous unpromising reviews on Foh San recently, I still find the dim sums there deserve a thumbs up! Generously portioned, warm and the ingredients are simply indulging. 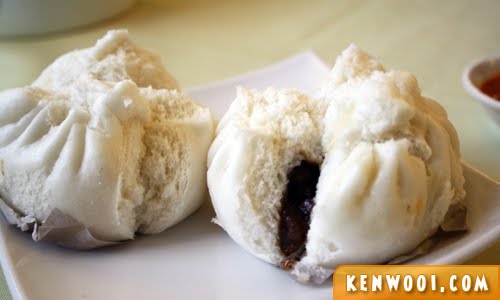 Cha Siew Pau was on our menu list. One of my favourite, just love biting through the soft bun and into the tender sweet barbeque pork filling. 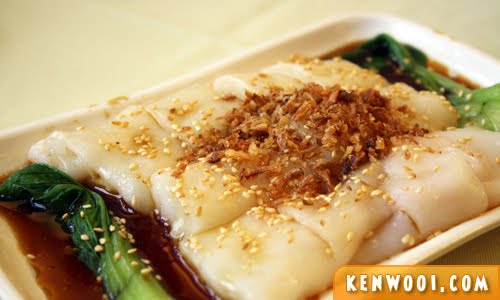 I still prefer the Chee Cheong Fun with red sweet sauce though. :) 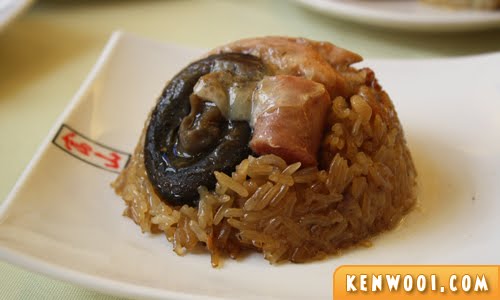 Next up, Steamed Chicken Glutinous Rice. Well-known as Lo Mai Gai in Chinese, it comes with a mushroom, a slice of sausage and yes, a small piece of chicken.

Delicious I would say – but the ones from the street hawkers are somewhat better, and cheaper. 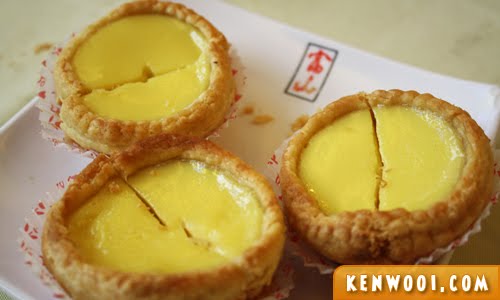 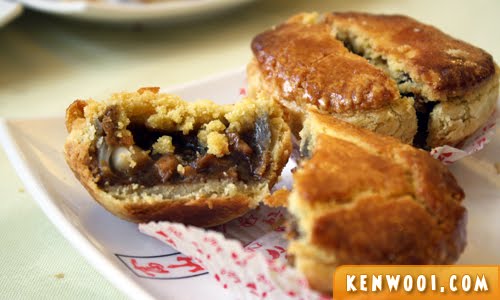 Then, we had Baked Bun with Barbeque Meat. Similar ingredient to the Cha Siew Pau, but this one has its bun baked till pastry-like texture. Once again, biting the crispy coating and into the meat is scrumptious!

Now, on to my favourite fried dim sums… 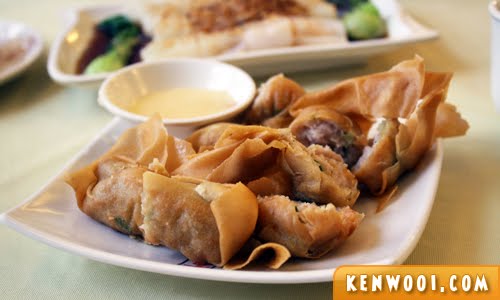 The must have – Fried Prawn Roll. I can never resist the crispy texture and the huge prawns inside – particularly when dipped with the mayonnaise sauce! 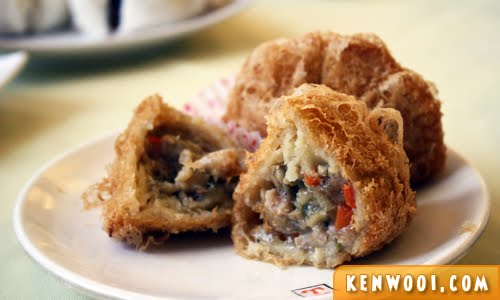 Another favourite fried stuff is none other than the Fried Yam Pastry, or also known as wu gok or Taro dumpling. Just love the crisp, light and fluffy outer layer.

Well, we actually had more dim sums than what is featured here – but not gonna put them up. After all, everyone knows what a typical dim sum restaurant serves right? :)

Anyway back then, the dim sums are served with carts pushed by the waiters. But nowadays, there are self-service counters set up. 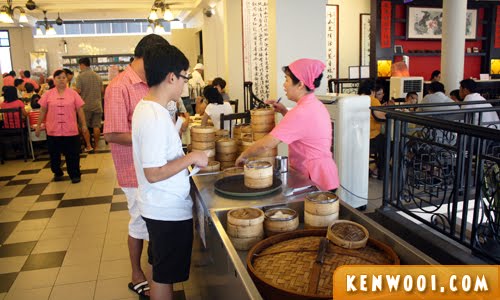 Customers gotta walk to the counter to get some of the dim sums. A good mini exercise while eating, I suppose? ;) 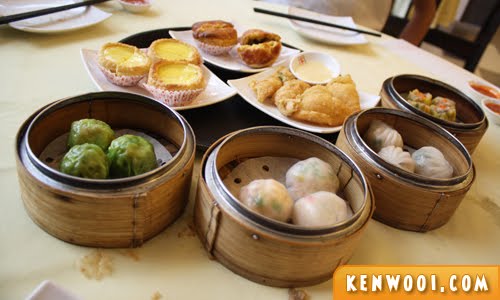 Overall, the quality here in Foh San is still well-maintained. Wide range of varieties and they’re freshly made from the oven – or kitchen. It’s always better to come early in the morning to have the best servings.

There are new dim sum outlets sprouting around in Ipoh (such as Qi Yuan Chuan Kwong), but it’s undeniable that Foh San is still the prominent one. 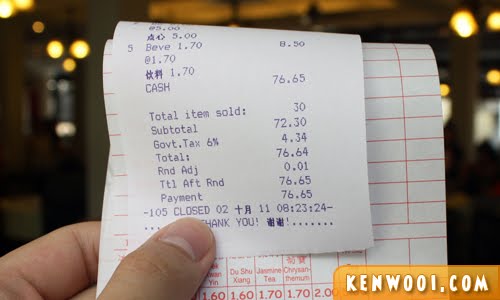 You know what, it’s definitely cheaper than Jin Xuan Hong Kong – the recent one I had was RM40 for 2.

But yeah, Foh San is in Ipoh lah. Drive there also must pay petrol and toll already. ;)