Many of us love Japanese food.

Well, that happened to me quite some time ago – at Sushi Tei. The one at Tropicana City Mall, to be exact. 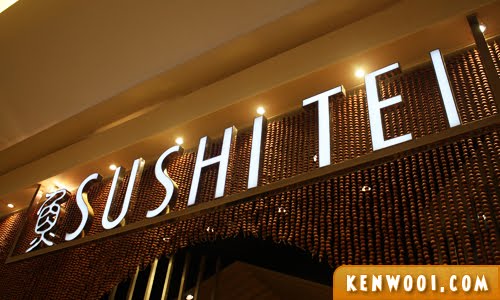 It was my first ever Sushi Tei visit. Don’t ask me why – perhaps it’s just that I have other Japanese restaurants in mind. ;)

But still, it’s never too late to try out new ones. 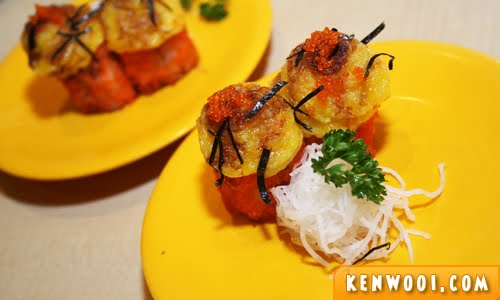 Here at Sushi Tei, they’re having a promotion called Spring Promotion with a wide variety of Japanese dishes.

Despite not having to visit Japan yet, it got me thinking – are these authentic Japanese food, or are they fusions of foreign food with a Japanese touch? Well, obviously they’re fusion-ed, hence making them interesting.

Check this one out – Soft Shell Crab Tortilla Pizza. 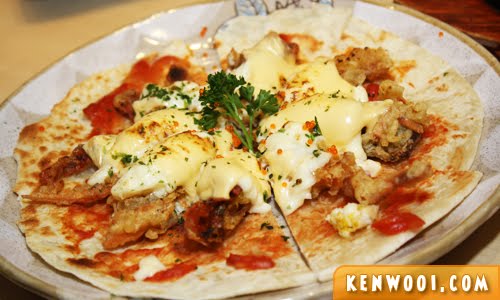 Tortilla Pizza? Isn’t it originated from Italy or Mexico? I highly doubt the Japanese would claim it as a Japanese food – but it’s interesting!

I can’t deny the fabulous taste of the soft shell crab with cheese topping and crispy tortilla base. Served warm, and best eaten while still warm. 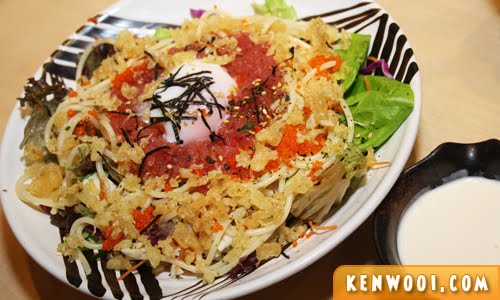 Pasta is a traditional Italian cuisine right? Once again, Japanese enough? I doubt so, excluding the fact that it has a Japanese name to it. Interesting.

But being a Malaysian who can eat anything, having pasta salad with minced tuna and French (you see!) dressing is perfectly fine as long as it tastes good – which it does.

Another interesting Japanese dish is this one – Asari & Hotate Garlic Shoyu Pasta. 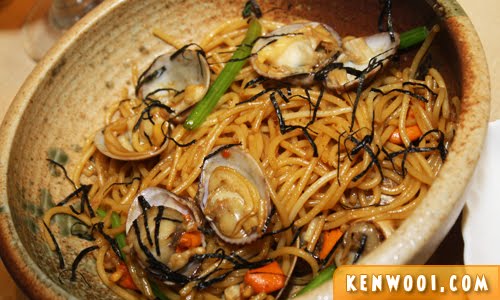 Once again, pasta comes from Italy and is irrelevant with the Japanese culture. Instead, Japanese’s style should be more soup oriented – for instance, Ramen and Udon.

Nonetheless, the stir-fried asari clam is big and chewy, and it blends pretty well with the pasta. 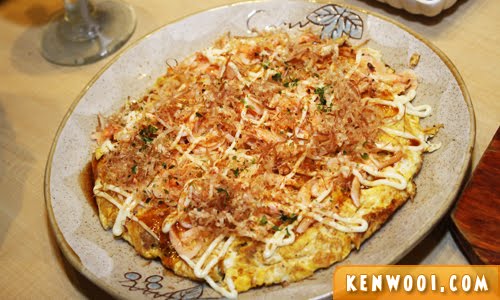 Okonomiyaki is a well-known Japanese pancake topped with a variety of ingredients. Sakura is a Japanese name for a girl. Ebi, I don’t know what it stands for.

But wait, is it Japanese? Perhaps, but Japanese or not – this omelette tastes really good. Warm and soft, with a mix of assorted flavours. 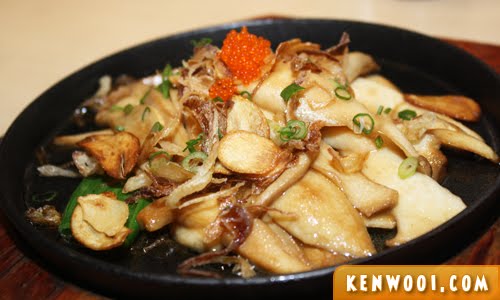 Prepared with Eringi mushroom and Japanese leek, this seems more like a Japanese cuisine. Coz… the ingredients are pretty Japanese.

The Maguro Heart Roll is another interesting one. 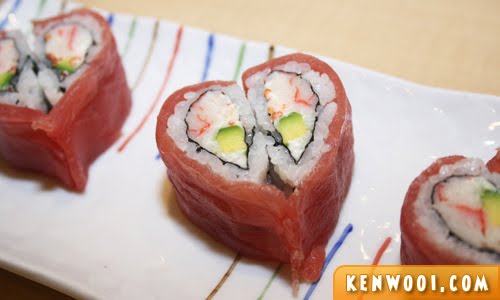 Wrapped with tuna belly and shaped into a love shape, it tastes like any other sushi. But still, it’s commendable as it is interestingly an unusual-looking sushi.

Nevertheless, Japanese food are always interesting to me. One of my definite favourite has to be… 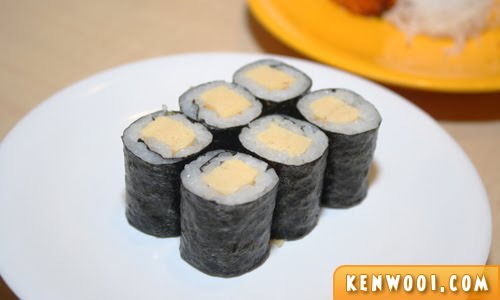 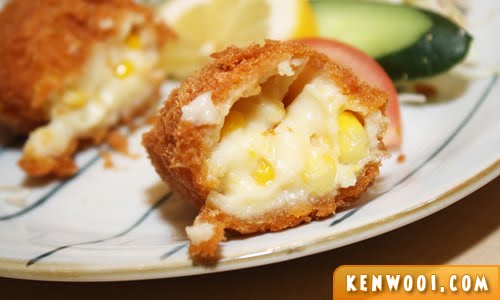 Damn, this is good. Crunchy on the outside, creamy on the inside – simply delectable and heavenly!

Another perfect example is… Toyko Street at The Pavilion. 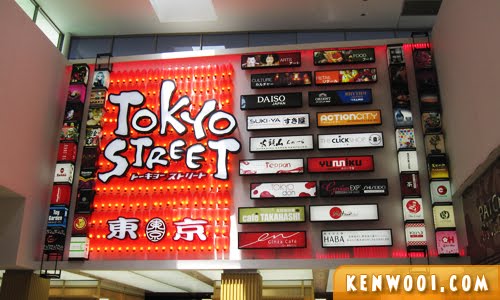 Question: Do the streets in Tokyo Japan have any resemblance with the “Tokyo Street” here in a Malaysian shopping mall?

Well, no matter how much Malaysians fancy Japanese stuff, we’ll never know the true Japanese culture until we set foot onto the Land of the Rising Sun. 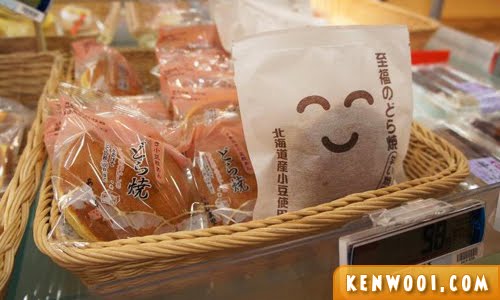 You know, Japan has been one of the top destinations on my to-visit list. I’m so gonna work on a trip to Japan, soon! Japanese boobies, here I come!