Finally, I watched Kenny G perform *LIVE* with my very own eyes for the first time at his “Heart & Soul” Concert in Genting Highlands! 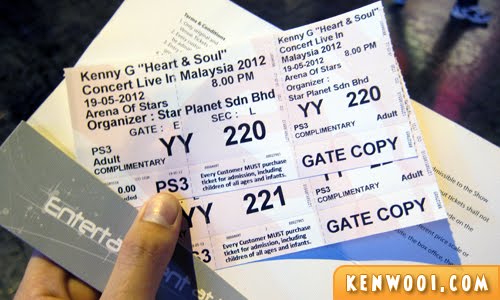 For the uninitiated, I won tickets to watch the concert! Click here to read my participation entry. Gotta thank Nuffnang for giving such opportunities! :D

Well, Genting Highlands is one of my favourite places to go to in Malaysia. It’s cool (although not as cool anymore), a fun getaway from the busy city and I get to see the saxophone idol perform! 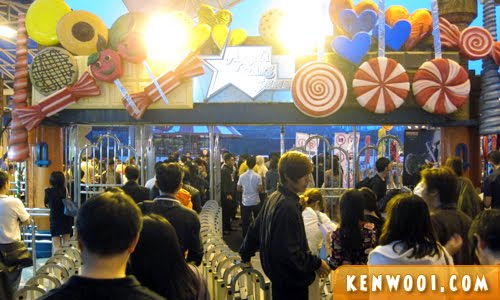 It was held at the Arena of Stars on a Saturday night. So once we were there, we proceeded to the hall.

By the way, no cameras were allowed but hey, I had to do what I had to do. What’s like for a blogger to be at a concert without a camera right? ;)

So yeah, as we approach the hall, I can’t help but notice – OH MY, KENNY G IS JUST THERE! 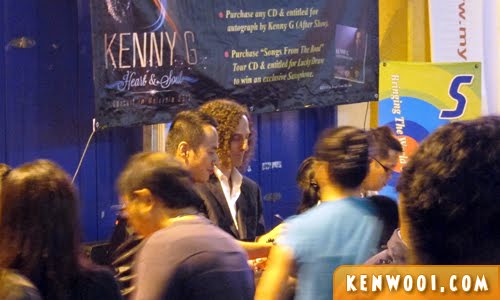 *fanboy screams and jumps around*

Okay, I did not. But still, many others were queueing up to get his autograph while some others were lifting their camera phones to take up-close photos of famous saxophonist.

Occasionally, there were security guards who thought we were taking their photos instead… 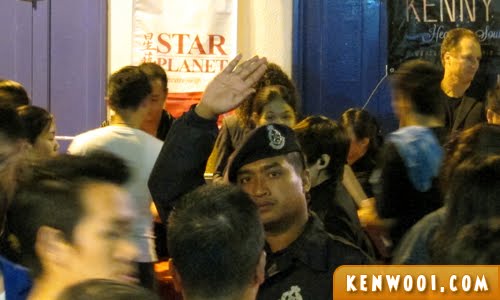 Eh… wave what wave? You’re not the superstar lah. We actually wanna take photos of Kenny G instead weh.

Anyway, we entered the hall and took our seats. 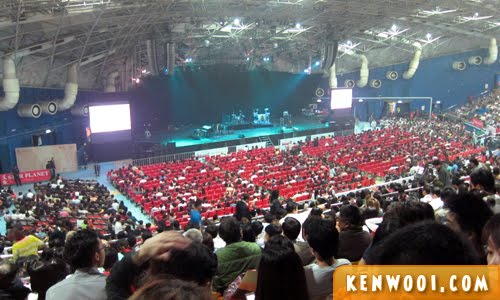 The audience were simply amazing. Apparently the concert was a sold out, and despite winning the tickets – my seat was situated at the very last row.

Nevertheless, the view was good as the stage wasn’t that far away.

After waiting for a while, Kenny G appeared in the middle of the audience – performing his opening masterpiece while gradually walking towards the stage. 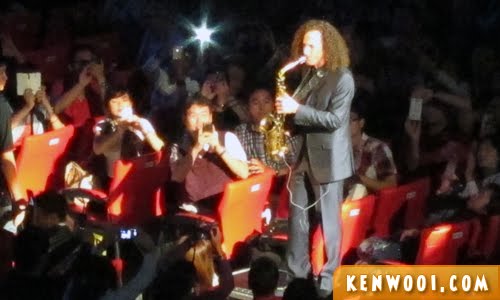 He started on a strong note, piercing through the melody with ample expression and feeling. I was in awe – I get to listen to Kenny G play live!

As expected, the whole concert hall was filled with cheers and applauses. 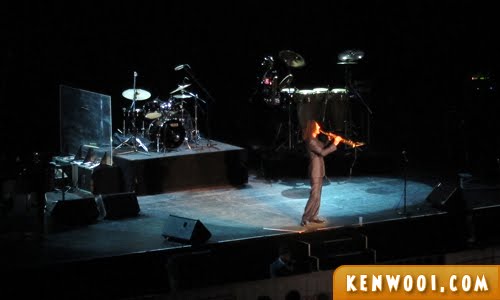 Throughout the night, Kenny G performed with 3 different types of saxophone – the soprano saxophone, the alto saxophone and the tenor saxophone. 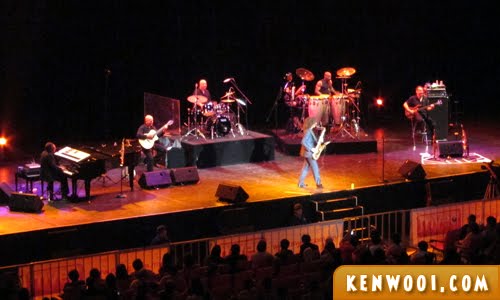 Well, he’s Kenny G anyway – he’s amongst the elite of saxophonists, if not the best. :) 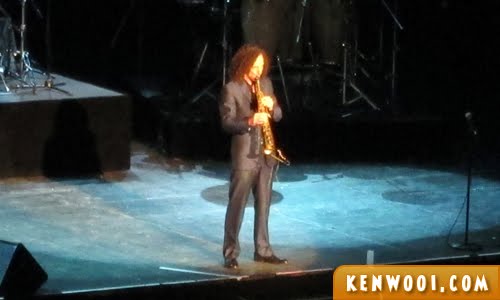 Kenny G performed a couple of musical pieces – notably Heart & Soul, Songbird, What A Wonderful World and yes, The Moment!

I know my own short version of The Moment wasn’t all that great, but here is Kenny G’s live performance of The Moment that night!

Simply fascinating! I finally get to listen to him play my favourite Kenny G song with my very own ears! His live performance wasn’t even different from the album version! :D

I gotta say, Kenny G was really mesmerizing throughout the concert. 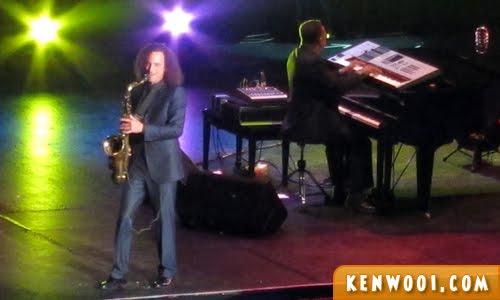 He was expressive, animated and well – simply Kenny G! :D

Anyway, I also managed to purchase Kenny G’s Heart & Soul album on that night itself. 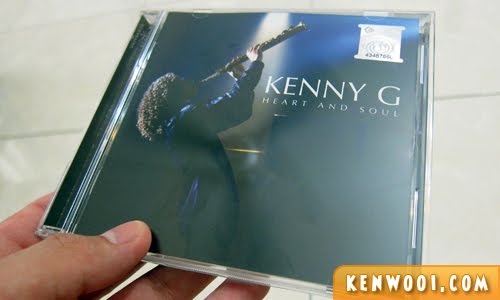 I’m not sure about the retail price, but it cost me RM45.

It may be slightly expensive, but it’s NEVER expensive when it comes together with… 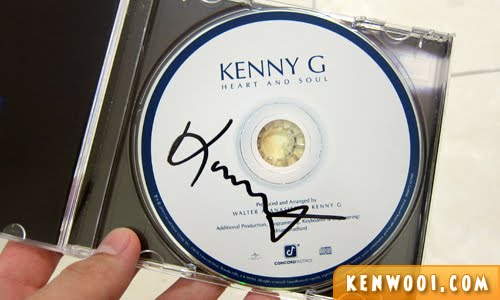 That’s not all, after Kenny G signed my CD, I raised my hand hoping that I could get a handshake with the superstar.

The usher said “No handshake, sorry, no handshake” when I did that gesture but Kenny G responded by holding my hand for just a second! 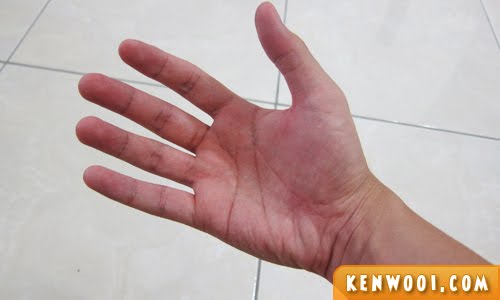 Ahhhh…. Kenny G touched this hand weh! He TOUCHED my hand – MY RIGHT HAND! How awesome is that? OMGWTFBBQ! :D

Know what, I’m not gonna wash it. Ever!

By the way, despite the strict “No Recording” rule but towards the end of the show, rules are eventually meant to be broken. ;)

Here’s another encore song – My Heart Will Go On (from Titanic) – the 2nd last performance of Kenny G’s “Heart & Soul” Concert in Malaysia.

Are you mesmerized? I sure was!