Honestly, I’ve NEVER heard of an eatery that names itself as Pokemon Noodles House.

Well, as amusing as it may sound, this noodles house actually exist in a nearby town not far away from the city… in Kepong. 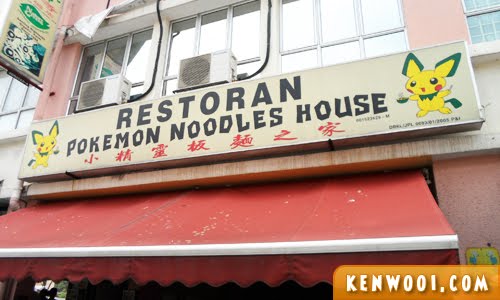 After being told about this interestingly-named eatery, we decided to venture into Kepong (a place I rarely explore) and look for it.

Oh, yes! We were on a Pokemon Noodles Adventure!

So after some missed-turns and U-turns (p/s: no GPS lah), we finally found Pokemon Noodles House! I was expecting to see Pokemon characters around the restaurant but… 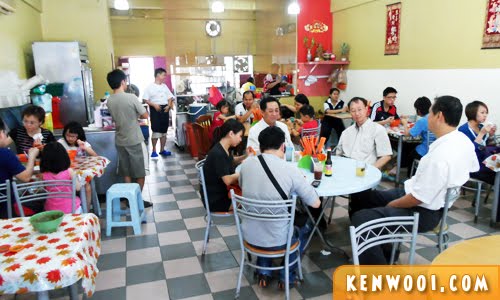 All I see was just ordinary humans having their lunch. There weren’t any cute fluffy Pokemon jumping around and battling each other.

By the way, we asked a staff regarding the eatery’s name. The lady said it’s because they want to be unique. Hmm? But I don’t see any uniqueness in “Pokemon”. Meh. 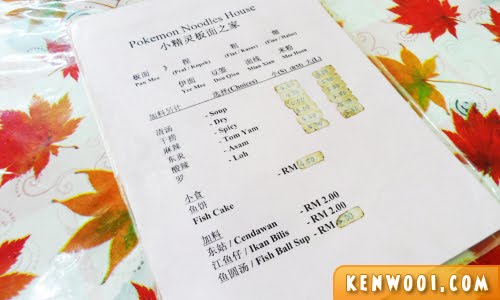 Anyway, a lunch it was. The choices of noodles are rather limited. A small bowl is RM4.50, while a big one is RM5.00.

We ordered a bowl of Tom Yam noodles, another bowl of Dry Pan Mee, and fish cake. 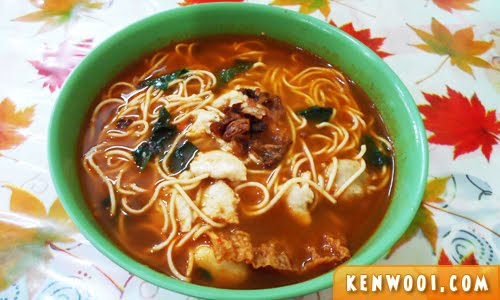 The Yom Yam noodles’ flavouring wasn’t all that strong, but the soup has a tinge of spiciness that is enough to make you sweat. 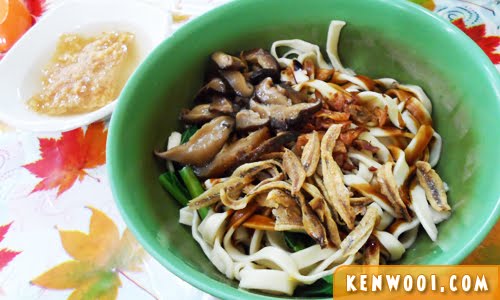 Meanwhile, the Dry Pan Mee was pretty ordinary. There’s nothing so Pokemon-ish about it and I’ve tasted better elsewhere. 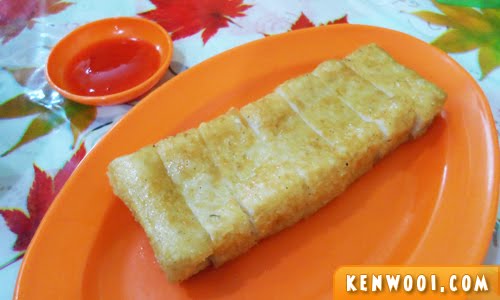 As for the fish cake, it doesn’t look like what I was expecting. Frankly, it’s pricey at RM4.50. But surprisingly this layer-textured fish cake tasted pretty good.

So with the stomach growling “FEED ME!”, I started to eat the Pokemon noodles… 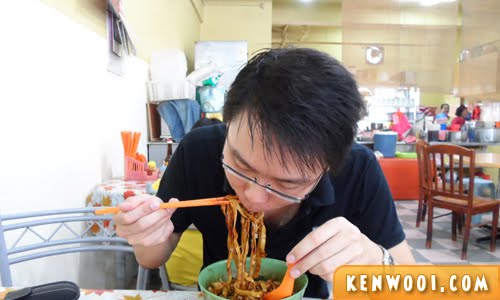 While I was having mouthfuls after mouthfuls, a strange feeling started overwhelming my body. It was uncomfortable.

I can’t explain how it actually felt. But as it was happening, my head started to swell and my face was turning… yellow.

It was captured on camera… LOOK! 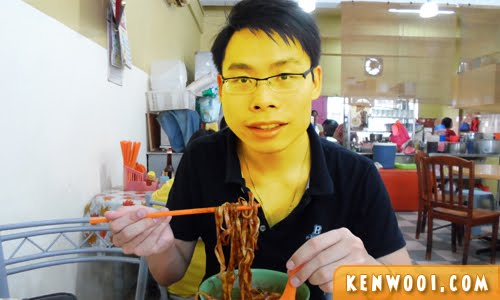 The strange sensation then got stronger and suddenly… 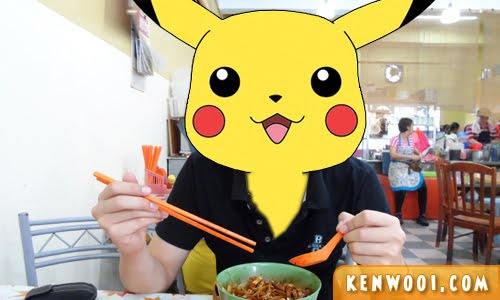 Translation: I TURNED INTO A PIKACHU! o.O 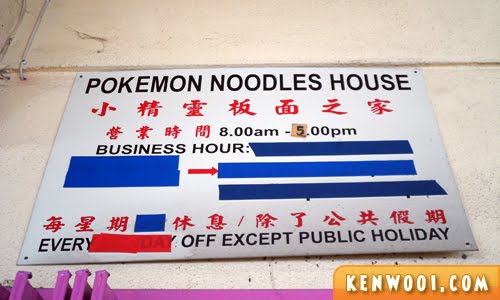 Translation: Anyway, Pokemon Noodles House operates from 8am to 5pm in a day, but I’m not sure of any off-day due to the excessive taping on the board.

Translation: The food was OK, nothing so special about it. But I was delighted to be Pikachu for a day! 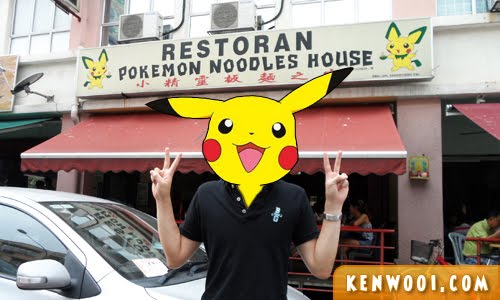 36 thoughts on “The Pokemon Noodles Adventure”