Over a week ago, it was my Birthday. As usual, friends sent their wishes.

Before that, I would like to take this opportunity to thank Facebook for reminding them about it. Thank you, Mark Zuckerberg. 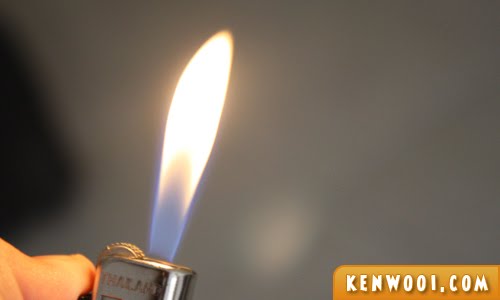 Anyway, the interesting thing that got my attention during that “special day” was the way birthday wishes were conveyed. Here are some… 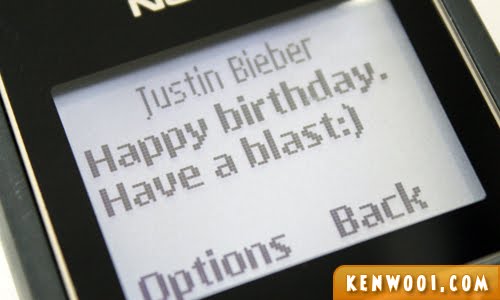 “Have a blast!” – from my best buddy, Justin Bieber. 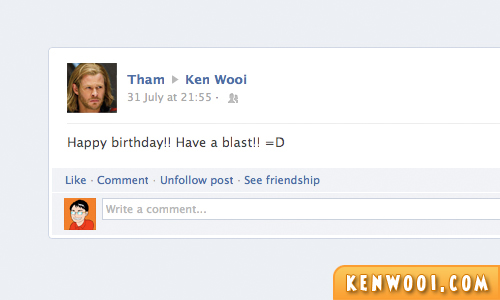 And… even the almighty Tham told me to have a blast!

Well, “Have a blast” is a common phrase everyone’s using as an add-on to “Happy Birthday”. Because, nothing else is more awesome than that. “Have a nice day” and “Have a good time” sound… boring.

So I was wondering, what does “Have a blast” actually imply?

I received wishes with "Have a blast!" several times on my Birthday. I wonder what does it actually imply.

I got all sorts of answers, definitions and one even said… “It means that one shouldn’t just blow out candles on a cake – go sky diving, hike Everest, or something crazy fun!”

But honestly, all I could think of when one tells me to “have a blast” is… 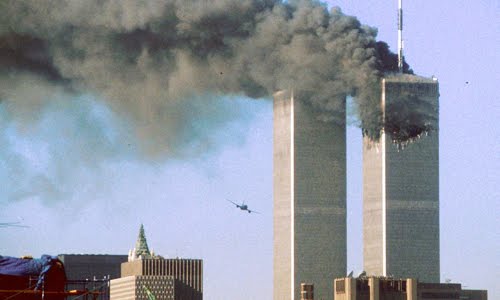 Be a suicide bomber!

It’s like… Hey, it’s your Birthday, so get some explosives and explode! Have a blast! Boom! Heh, okay… not funny. :/

Anyway, on a related note, I received this cute gift… 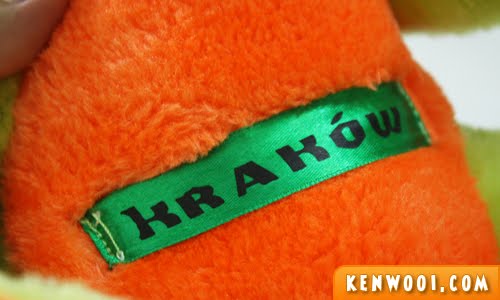 It’s a green (and orange too), and it’s called… Krakow!

Ladies and gentlemen, I have a new pet – a pet dragon! :D 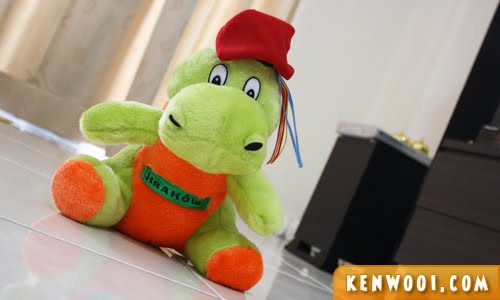 And to think of it… if you were to tell me to “have a blast” the other day, I think Krakow would do a better job in having a blast… 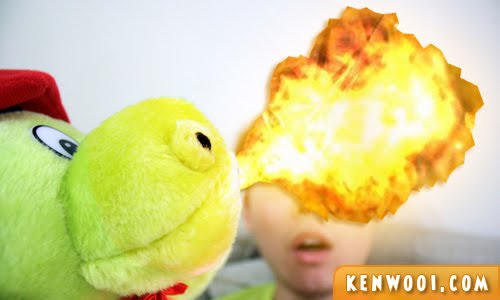 Anyway, I would like thank you all for the wishes too! As for the Guess My Age mini-quiz earlier, the answer is… Donkey!

Results: Out of 16 genuine guesses (aka comments), only 1 got it right. The others think I look like an “uncle” already. Heh.