Describing the idea as out-of-the-box thinking, Home Minister Datuk Seri Hishammuddin Hussein said the ministry had asked selected organisations to enlist the bikers’ cooperation in the fight against crime. 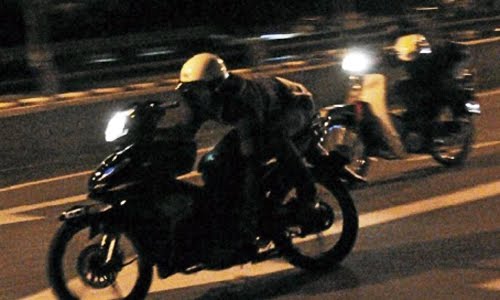 While describing the idea as well-that’s-fun (WTF) thinking, Security Minister Datuk Ken Wooi showed his full support as it can definitely reduce the crime rate.

“Yes, I support. After more than 5 decades of independence, the government has finally realized that Mat Rempits can contribute to the country. Wonderful, right?”, Datuk Ken explained during a crime fighting workshop with some Mat Rempits.

“It’s no joke, my fellow Malaysians. If it’s published in the news, then I’m damn sure it’s real for sure!”, he continues, while pointing at the mentioned article on The Star newspaper. 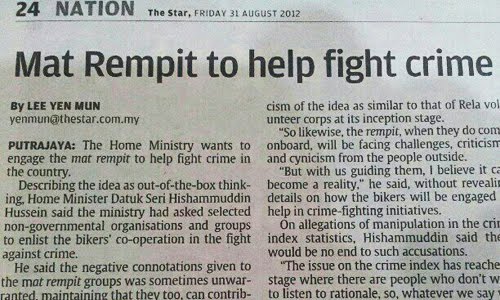 He said the negative comments given to the Mat Rempits are sometimes not fair, maintaining that they too, have a purpose for the progress of the country.

“To the Mat Rempits, their skill in riding the bike is amazing. And with great skills, comes great contribution!”, Datuk Ken said after falling off a bike while trying some Rempit stunts. “Well, obviously I suck at it!”, he continue while laughing at himself.

After picking himself up from the fall, he added “Majority of the Malaysians don’t know the huge effort in learning such skills. The speed, the stunts and the bravery are the killer (no pun intended)!”. 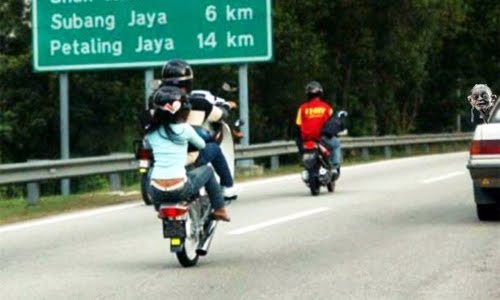 “When they come onboard, there will be challenges, criticisms and cynicism. But with proper guidance, I believe it can become a reality”, he said, while revealing details on how the bikers can help in crime-fighting initiatives.

When asked why them, Datuk Ken highlighted the 4 main attributes of how Mat Rempits fight crime.

Note: What you’re about to watch is no illusion. These stunts are performed by a professional Datuk. Do not try this on the streets. 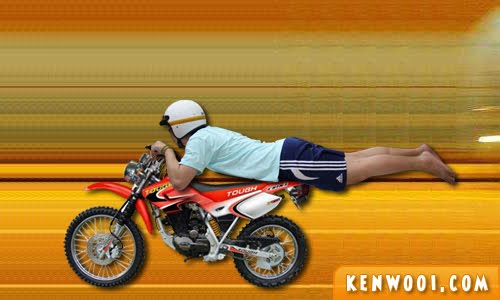 Mat Rempits can speed on their bikes so fast that they can chase criminals and arrest them almost instantly.

Equipped with the “Superman” stunt, they can arrive at the crime scene in a jiffy! 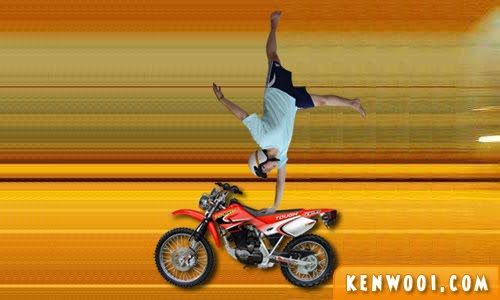 Mat Rempits possess the skills to stunt (pun intended) criminals, causing them to be in a state of shock and therefore making it easier to fight offenders.

Besides that, some are known to have the amazing skill in maneuvering through heavy traffic! The police’s bulky bike definitely can’t do that. 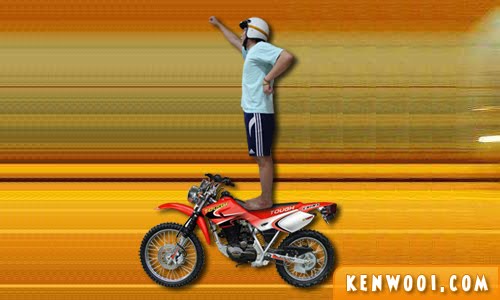 Mat Rempits are not afraid of anything – they are even not afraid of death. Similar to Adolf Hitler, they will charge their way to victory. In this case, to be successful in apprehending criminals. The look of a Mat Rempit is scary. The look (refer photo above) will scare the shit outta the criminals! Serious shit!

“With such attributes, who dare say the Mat Rempits are stupid?”, Datuk Ken proudly questioned the media reporters. “They are very intelligent and skillful. Can fight crime, you know?”, he continued. 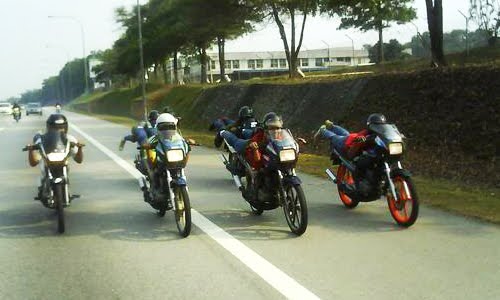 When asked about the police authorities and their rightful duty to fight crime, Datuk Ken mentioned that since the current police officers are assigned with road blocks, traffic management and raids, a new crime-fighting unit has to be formed.

“They are our only hope!”, claimed Datuk Ken, while addressing the rise of the nation’s crime rate lately. He also stated that the country can make full use of them.

On a related note, Datuk Ken himself (secretly unknown as Ken Man) pledged to join forces with the Rempits… 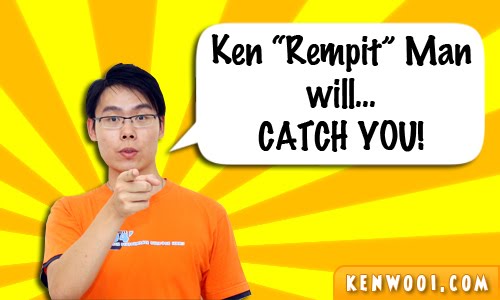 As an incentive, Mat Rempits who performed well in their crime fighting duty will be promoted to the RDRM (Rempit Diraja Malaysia) forces during the annual Coffee Drinking Ceremony.

So in the near future… when there’s something wrong in your neighbourhood, who ya gonna call?