Since I’m one of the bloggers chosen to share photos on This is My Moment, LIVE, I was assigned the “GALAXY Tech” category whereby my task is to capture photos related to gadgets and technology.

One of the example themes is the “Seen With A Samsung” theme. 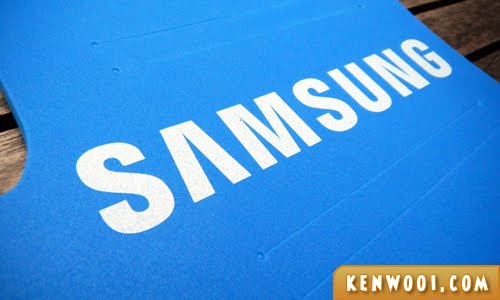 Knowing that I’m suppose to be on the lookout for people seen using a Samsung product, I brought the Samsung GALAXY Camera along with me whenever I go out. 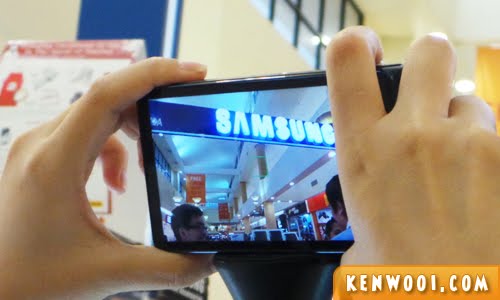 You know, I thought it would be a very easy task – just take photos only mah! Right?

But then I realized that it was pretty tough to look for the desired moments out of random places and people. Let’s have a look at some of the moments which I’ve managed to capture… 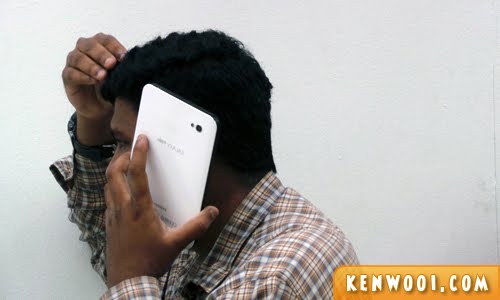 Well, it’s interesting to see someone having a phone conversation over the Samsung GALAXY Note. Definitely a huge-looking phone, and you’ll need a big palm to handle that. 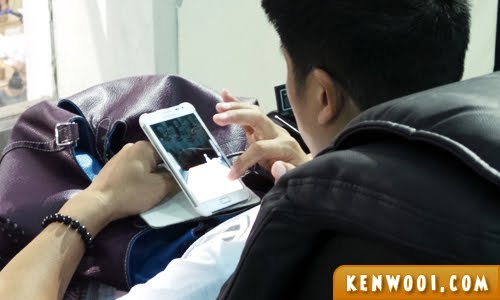 This man was resting on a massage chair while playing games on the Samsung phone. Must be waiting for his girlfriend because he has a ladies’ handbag on his lap. ;) 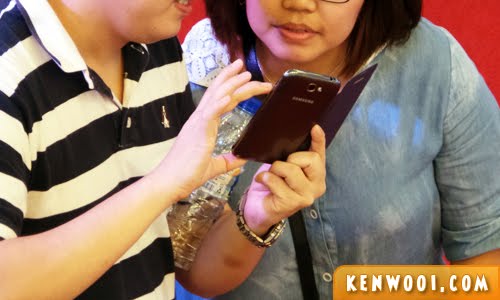 Here’s a couple browsing through the photos on the phone after taking photos of each other. 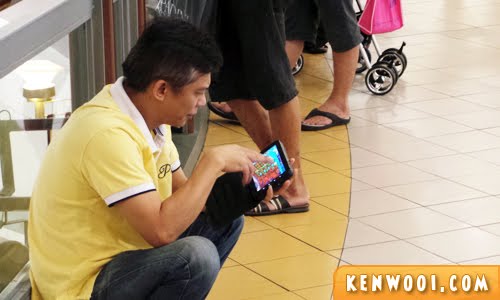 An uncle sitting along the railings while playing games on the GALAXY Tab. Must be killing time while waiting for his family members, I think. 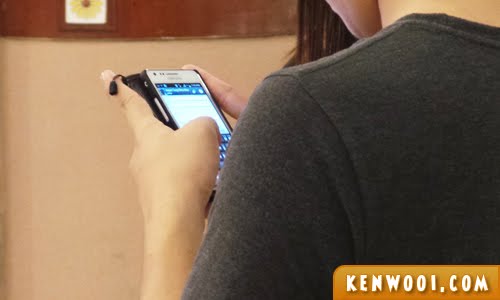 Here’s a shot of the Samsung phone being used by a young man while he was with his group of friends.

Alright, that’s all! So throughout the entire task, I also realized that it’s more common to spot a Samsung phone user than other phone users.

Samsung must be thrilled to find out that Samsung phones are all over the place nowadays. Or, they would have already known that. Heh! 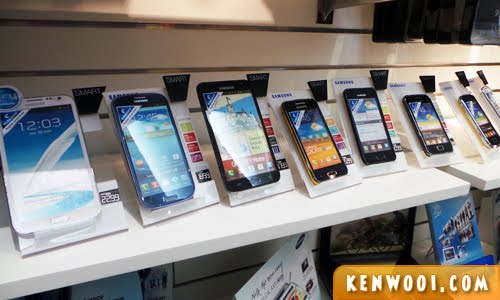 Oh by the way, through this task, I’m also thrilled to find out that I can be a pretty good stalker. ;)

P/S: Check out This is My Moment, LIVE to see more of my photos! 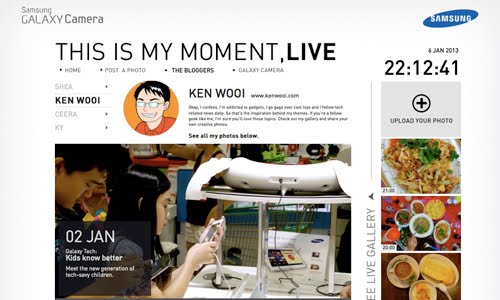 You can also submit your own photos as there will be a reward you! The selected lucky ones will get a RM100 cash prize!

4 thoughts on “GALAXY Camera: Seen With A Samsung”