When I was in Seoul, there was a lot of walking and I came across a manhole cover that caught my attention… 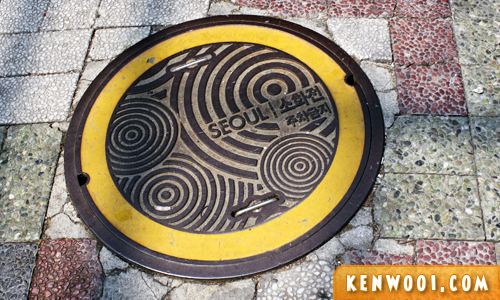 Even though it’s piece of metal covering the the manhole, an access to the underground passage, the design of the cover is pretty interesting.

It even has “Seoul” stated on it!

Since I thought it was so cool, I even took an Instagram photo with it.

After I came back to Malaysia, Kuala Lumpur in particular, I managed to bump into a manhole cover along the streets. Here’s the Malaysian version of a manhole cover… 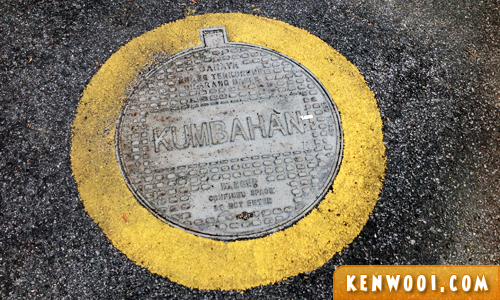 Err… kumbahan? Well, it means “sewage” in the Malay language.

Hmm… a “Kuala Kumpur” on it would be cool, but I guess the government would never do that. Malaysia Boleh! ;)