Any tower in any city would be a major tourist attraction. Currently the 10th highest tower in the world, N Seoul Tower is definitely not to be missed when you’re in Seoul!

Its main attraction is that it has a 360° observatory that offers the view of Seoul’s cityscape. 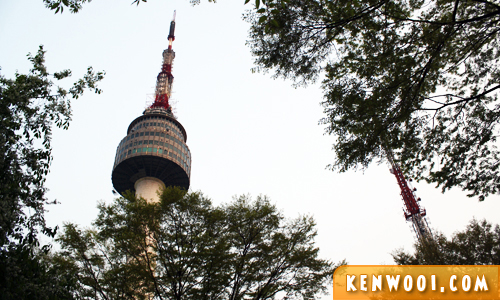 During our recent visit to Seoul, we made it a point to visit the N Seoul Tower one fine evening since we were staying at Namsan Guest House – the tower is just around the corner!

Travel Tip: To reach N Seoul Tower via the Seoul Subway – get off at Myeong-dong Station (Exit 3). Turn left upon exit and proceed to the inner road. Once you see Pacific Hotel, take the right road and walk till the end to get to the Namsan Cable Car station.

For guests staying at Namsan Guest House, you can conveniently visit the N Seoul Tower whenever you want. :) 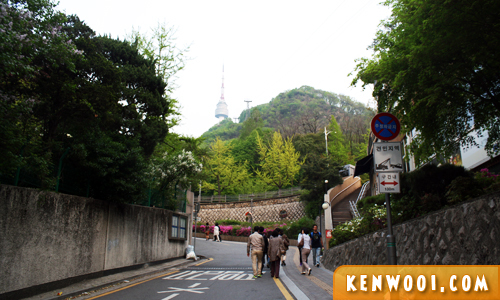 There are various ways to reach the N Seoul Tower, one of it being to take a ride from the Namsan Cable Car station – which was what we took.

The distance from Myeong-dong station to the Namsan Cable Car station was roughly a 5 minutes walk and the road heading up to the cable car station gradually got steeper since it’s located at the base of the mountain. 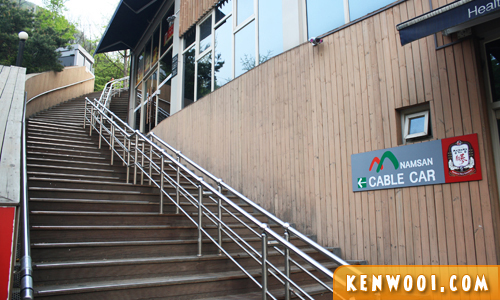 You’ll know it when you approach the cable car station as you’ll see a signage directing you to a staircase leading to the Namsan Cable Car station. 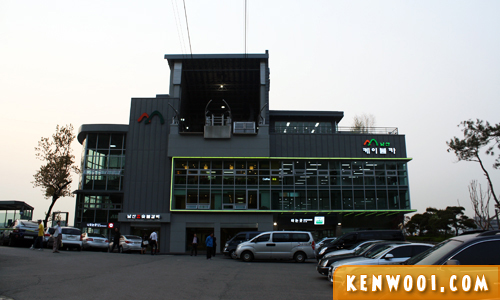 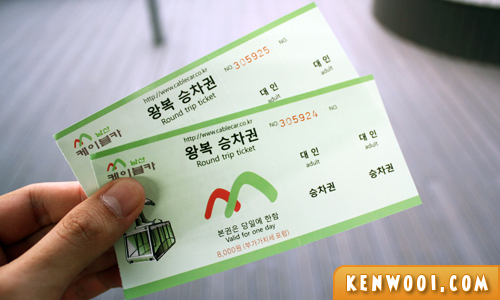 The cable car ride took another 5 minutes to reach the top. During the ride, we were able to enjoy the mountainside view since the cable car is made of glass on all four sides. 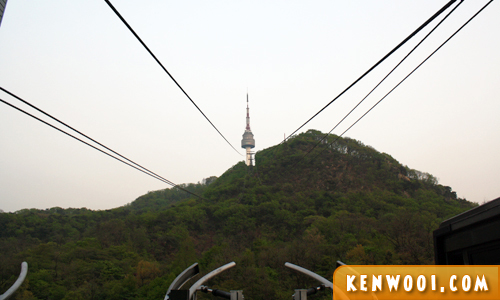 Upon arrival at the peak’s station, there will be a flight of steeply daunting staircase as there are no railings for us to hold on to. 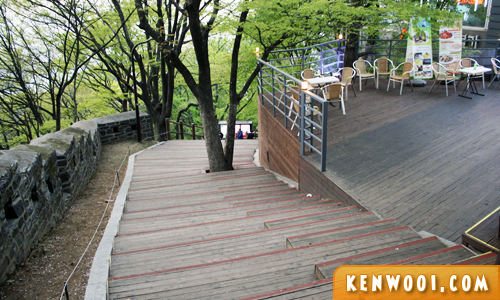 After that, we finally reached the N Seoul Tower!

The two main attractions at N Seoul Tower are the Observatory and the Teddy Bear Museum. Since we’re not a fan of teddy bears, we only opted for the Observatory tickets. 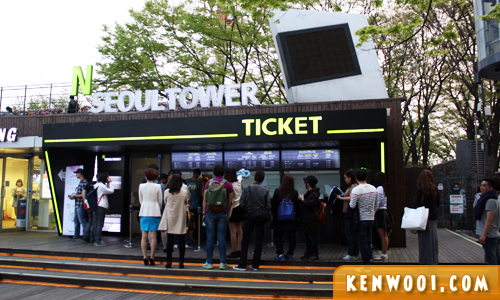 Entrance to the Observatory costs KRW9,000 (RM25.65) per adult, while the Teddy Bear Museum costs KRW8,000 (RM22.80). Visitors who plan to visit both attractions will get a discounted package price. 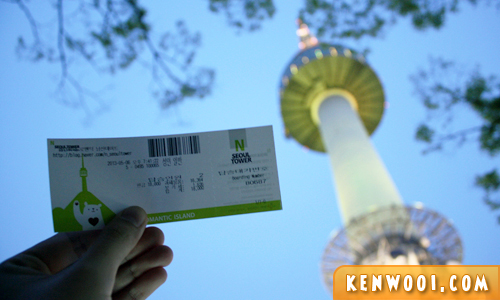 To reach the Observatory, we took the high-speed elevator to the top of the tower. Apparently it’s the world’s fastest elevator!

Anyway, here are the views of Seoul during the night… 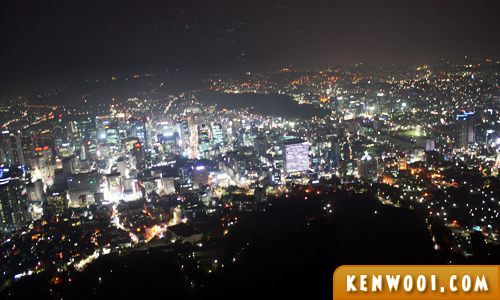 It’s a satisfaction to be able to enjoy a panoramic view of Seoul’s cityscape. The city is lighted with bright lights emitted from the concentrated buildings. 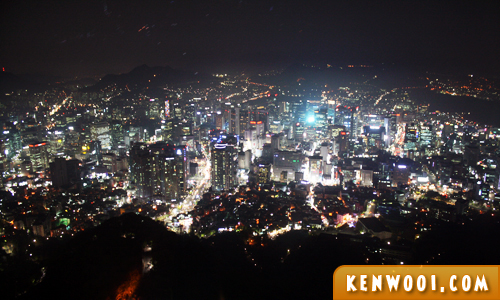 However, Seoul’s night cityscape isn’t that fascinating to me since I’ve been to Eiffel Tower at Paris. Paris beats Seoul hands down!

Anyway, another attraction at N Seoul Tower has to be this… 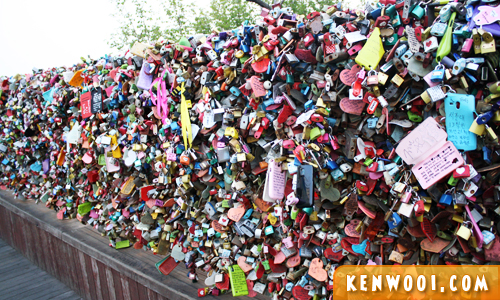 A fence with a variety of padlocks attached. These padlocks are called love padlocks.

Apparently couples confess their love to each other by writing on the padlock (or other lockable items), lock it on the fence, and discard the key. Hence, this act is a symbol of everlasting love for each other.

As sweet and lovey dovey as it may sound, I guess this phenomena is strongly linked to the Korean dramas – since they’re all about love and forever after. 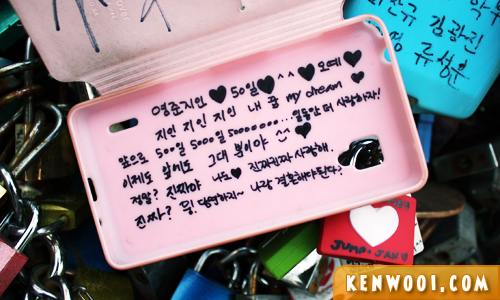 Well, I can’t read Korean, but let me try and translate the message above for you…

So, what do you think about my translation? ;)